Robert Young, assistant professor of saxophone at the University of North Carolina School of the Arts, contributed to an album that is nominated for a 2018 Grammy Award.

Young, who joined the School of Music faculty in 2016, performed as a guest saxophonist with the PRISM Quartet, one of America’s foremost chamber ensembles which is featured on the album, “The Fifth Century.” The album, by professional chamber choir The Crossing, is nominated for Best Choral Performance. It was released in November 2016 by ECM Records. 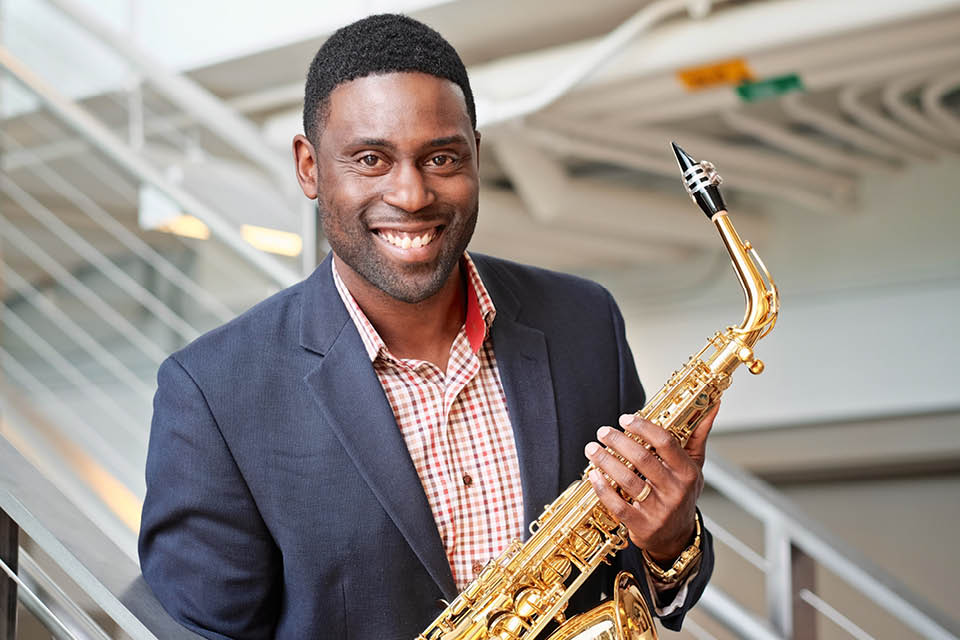 Young is the second UNCSA musician who performed on Grammy-nominated recordings this year. Graduate student Luis Sanz of Puerto Rico performed on a recording with rap artist René Pérez Joglar, known artistically as Residente, on “Hijos del cañaveral” which was nominated for a Latin Grammy Award as Best Tropical Song.

“It is terrific to have two nominees – a faculty member and a grad student – nominated for the recording industry’s highest honor,” said Music Dean Brian Cole. “It illustrates the exceptional caliber of musicians who come here to teach and to learn.”

It is terrific to have two nominees – a faculty member and a grad student – nominated for the recording industry’s highest honor. It illustrates the exceptional caliber of musicians who come here to teach and to learn.

Grammy Award nominees were announced Nov. 28 by The Recording Academy, the world's leading society of music professionals. The Grammy Awards will be televised live at 7:30 p.m. on Sunday, Jan. 28 on CBS.