The A.J. Fletcher Opera Institute in the School of Music at the University of North Carolina School of the Arts will present Gioachino Rossini’s comic "La Cenerentola, ossia La Bonta in trionfo" on Feb. 2, 4, and 6. The opera is a reworking of the classic Cinderella tale – with a few twists.

Stage directed by Fletcher's Managing Director Steven LaCosse with musical direction from guest conductor Antony Walker, this version of “Cinderella” doesn’t feature a magical fairy godmother or a pumpkin carriage. The wicked stepfather is the one who stops Angelina, also called Cenerentola, from going to the ball, but a philosopher ensures the kind girl attends and is dressed to the nines. A bracelet, rather than a glass slipper, helps the prince find his one true love. 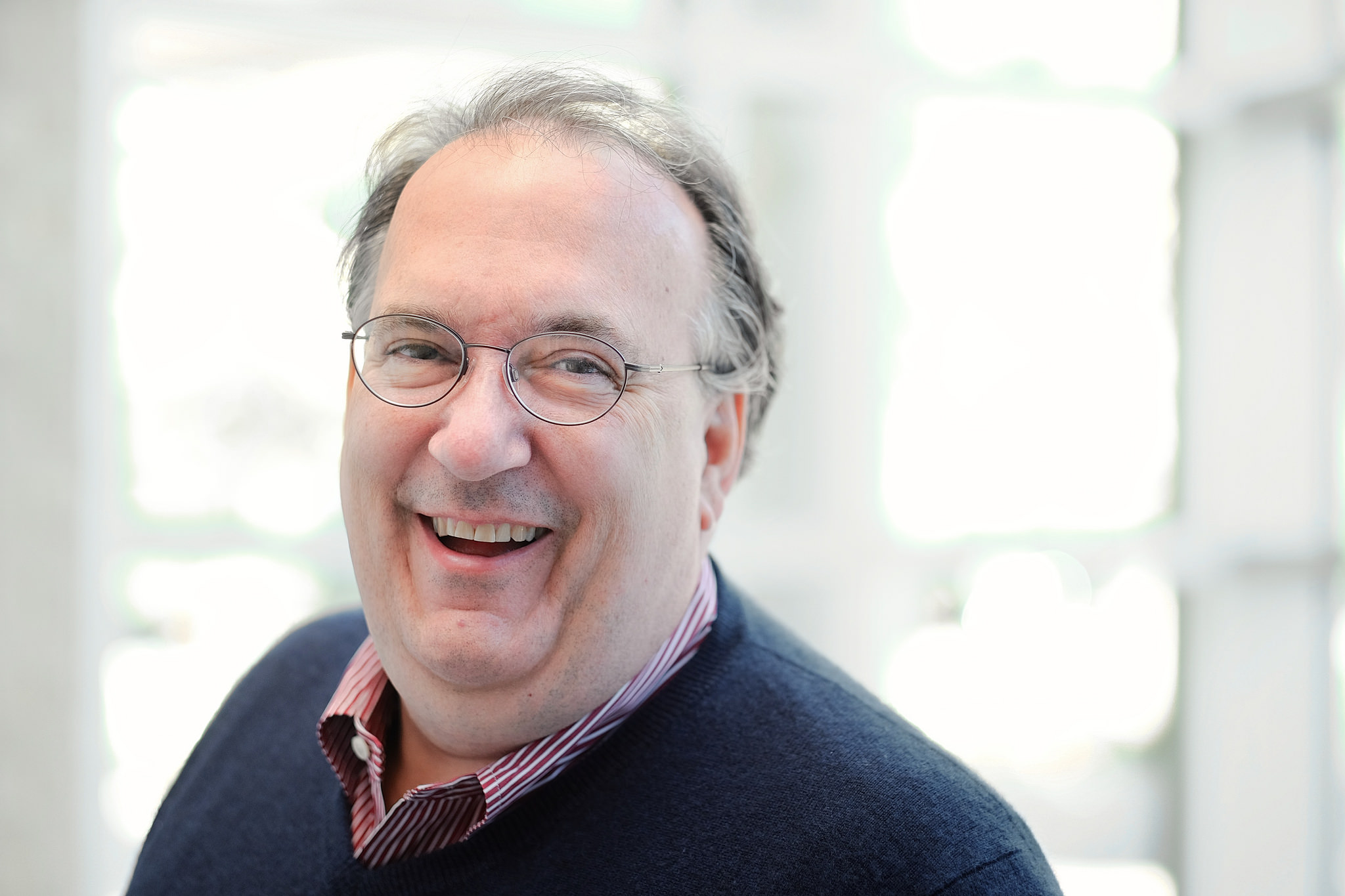 Stage Director Steven LaCosse says "La Cenerentola" is a feast for the eyes, with scenic design by Howard Jones and costume design by Dorothy Austin-Harrell.

Overall, though, the storyline is the fairytale we all know and love.

“The major theme of this opera is found in the subtitle,” says LaCosse, who directed this opera in 2005 for Opera Theatre of the Rockies. “La Bonta in trionfo translates to Goodness Triumphant. Our heroine, even after being mistreated by her family implores everyone to forgive them, because in the end kindness and goodness will always win over cruelness and deceit.”

UNCSA’s production of “La Cenerentola” will be what LaCosse calls “a feast for the eyes,” from the incredible scenery to the quirky costumes.

“I am delighted that Howard Jones of the Design and Production faculty has chosen this project as his last at the school,” says LaCosse. Jones, director of Scenic Art and Scene Painting, will retire from UNCSA at the end of this academic year. “Howard is a first-rate designer, painter and teacher.” 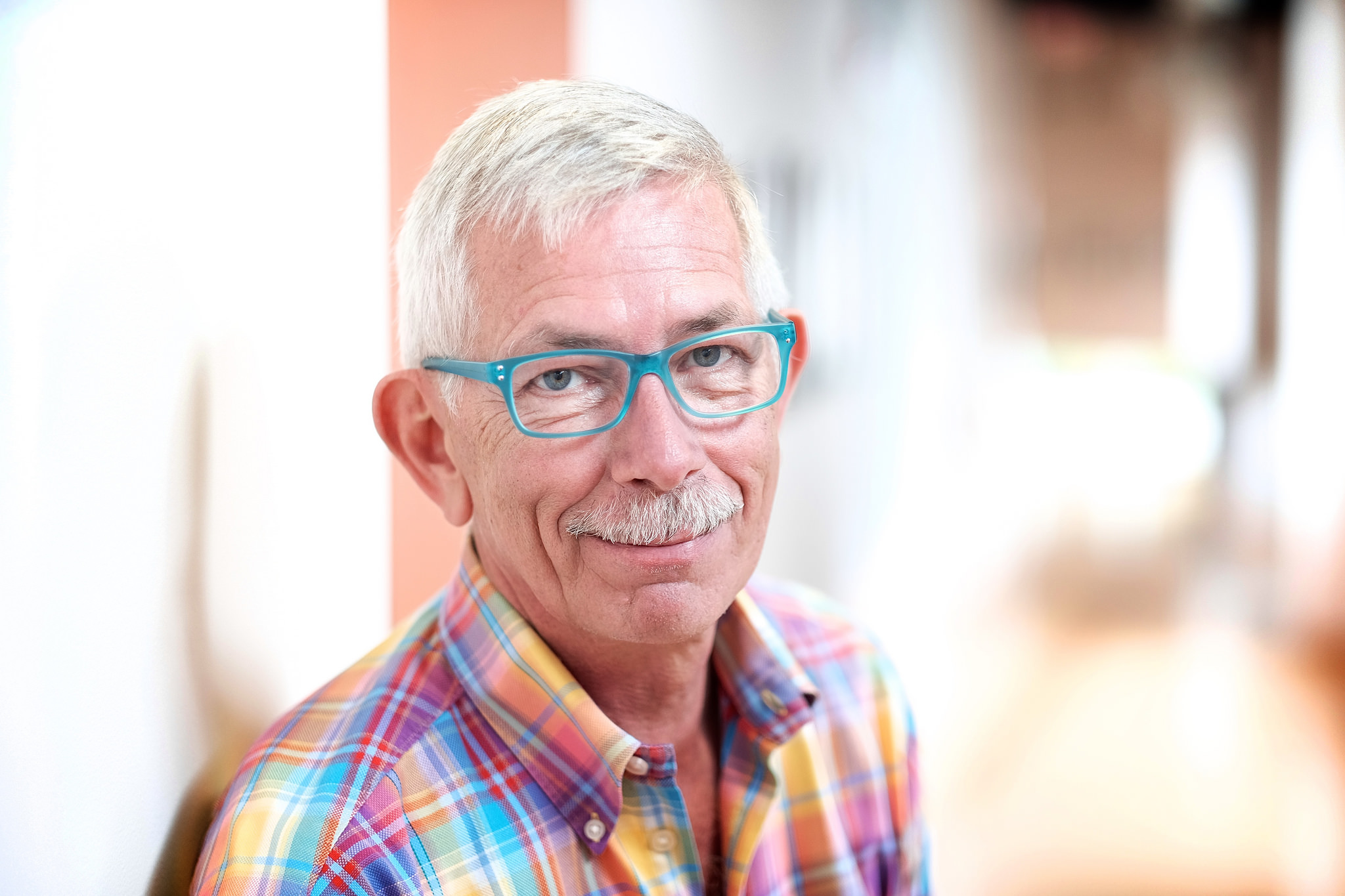 “As a love letter to my talented painters in my last year, I decided that all the scenery would be classic flat-painted in 18th-century style," Scenic Designer Howard Jones says of "La Cenerentola."

Operas in Rossini’s time moved quickly from one scene to the next, so Jones opted to use elaborately designed drops for the scenery.

“As a love letter to my talented painters in my last year, I decided that all the scenery would be classic flat-painted in 18th-century style,” says Jones. With this style, the students were faced with the challenge of drawing complicated perspective and intricate details.

“Most of the scenery was painted on large pieces of fabric that were stapled to the floor,” continues Jones. “Careful drawings were sketched out on the fabric before painting began.”

Unlike the sets, the costumes don’t stick to a particular era.

“The costumes in this production are from the ‘storybook’ time period,’ says Dorothy Austin-Harrell, costume designer for the production and UNCSA graduate student. “We purposely did not stay true to the details and styles of just one specific time and place in history.”

Instead, each character is in a costume that matches his or her personality. This approach allowed Austin-Harrell to pull in styles from the 1500s to the 1890s, and even recent royal weddings.

“For the stepsisters, I had fun playing with their proportions,” Austin-Harrell explains. The outfits for these two characters had animal inspirations: a pig and a duck. “We made Clorinda short, wide and pink like a pig, and Tisbe is yellow and tall with a huge bustle to create a duck-like derriere.

Austin Harrell describes the stepfather, Don Magnifico, as “a man who is past his prime, but is trying desperately to make himself royally presentable. His clothes have a few patches and mismatched buttons, so he tries to make up for it by over-accessorizing with large cravats and colorful sashes. He even tries to cover his bald head with an 18th century wig, but he isn’t fooling anyone.”

Even the color of the fabric has significance. “Cenerentola’s colors are blue and yellow, the colors of innocence and hope,” describes Austin-Harrell. “These also happen to be the colors of Prince Ramiro. Spoiler alert – the two characters end up together!”

Howard Jones designed “Giselle” for the New Zealand Royal Ballet and the Opera National of Bucharest. Those projects allowed him to explore New Zealand and Romania in the workshop and as a tourist.

Jones was awarded the Elliott Norton Outstanding Scene Design for a body of work as a designer in the Boston area.

He worked as a painter and scene designer for ten years at Starlight Theatre in Kansas City, Mo. It had been a dream of his to work there since he saw his first musical as a child with his grandmother.

Alongside Rachel Keebler, he opened Cobalt Studios in New York. It is a unique studio combining freelance commission work and seminar-style classes for the students. The studio was recognized in 2013 with the Excellence in Education Award at the USITT National Conference.

Jones earned an Honorable Mention for his design of “Hedda Gabbler” presented at Triad Stage in Greensboro, North Carolina.

In retirement, he plans to continue designing and painting as the opportunity arises as well as do some of his own painting for fun. He has a four-year-old granddaughter with whom he wants to spend more time adventuring and playing. He will also do some traveling to check a few locations off his mile-long bucket list.

With a repertory that spans from “Le nozze di Figaro” to “The Fantasticks,” Steven LaCosse has directed more than 60 productions.

Andrew Moravcsik of Opera Today wrote of the 2017 production of “Fidelio:” “…with this ‘Fidelio,’ Princeton Festival extends a string of remarkably accomplished and successful operas—an impressive achievement.”

R. Birkel of the Princeton praised LaCosse’s 2016 production of “Peter Grimes” saying, “Those who are not fans of opera might want to reconsider. LaCosse continues to deliver a premium city experience in the suburbs. It’s no wonder The Princeton Festival won Discover New Jersey Arts’ 2016 People’s Choice Award for Favorite Opera Company (“The Marriage of Figaro”).

Of his production of Wagner’s “Flying Dutchman” for Piedmont Opera, Peter Perret of Classical Voice North Carolina wrote: “Superb singing and spectacular staging have made the Piedmont Opera's current production of Richard Wagner's “Der fliegende Holländer” hit not to be missed – even by detractors of Wagner!”

A committed educator, he has been resident opera stage director for UNC School of the Arts for fifteen years and was awarded the University of North Carolina Board of Governor’s Teaching Award in 2011.

Music Director Antony Walker celebrates his twelfth season at Pittsburgh Opera in 2017-18. He made his Metropolitan Opera debut in 2011 with Gluck’s “Orfeo ed Euridice,” and has returned to The Met since then to conduct “Il barbiere di Siviglia,” “The Pearl Fishers” and “The Magic Flute.” Maestro Walker enjoys superlative reviews not only for his Pittsburgh Opera productions, but also for his recent concert performances of Massenet’s rarely-performed “Hérodiade” and Beethoven’s “Leonore” at Washington Concert Opera.

In 2010, Maestro Walker made debuts at English National Opera in “Lucia di Lammermoor,” at Canadian Opera Company in “Maria Stuarda” and at The Santa Fe Opera in “Madama Butterfly.” In 2016 Maestro Walker was proud to conduct Rossini’s monumental “Semiramide” in Florence, Italy, where the operatic art form was born.

He currently serves as Artistic Director of Washington Concert Opera in Washington D.C.; founding Artistic Director and Conductor Emeritus of Pinchgut Opera in Australia; and was Music Director of Cantillation and the Orchestra of the Antipodes for almost two decades. He was Chorus Master and Staff Conductor for Welsh National Opera from 1998–2002 and Musical Director of Sydney Philharmonia Choirs from 1992–1997. Since his conducting debut in 1991, Walker has led nearly 200 operas, large-scale choral and orchestral works, and numerous symphonic and chamber works with companies in Europe, North America and Australia.