On the set of a UNCSA fourth-year film. / Photo: Wayne Reich

The film business: Trends to watch in 2018

As the new year kicks off, we’re looking ahead into trends in the film business in 2018. Dean of Filmmaking Susan Ruskin shared her vision for the evolution of film this year, and how UNCSA will continue to position itself on the cutting edge of the industry.

Evolution of direct to consumer ecosystems

The rise of direct-to-consumer ecosystems like Amazon and Netflix will continue to impact filmmaking. As a result, UNCSA is teaching students how to work within these ecosystems or networks. “It’s no longer just about working with the six major studios—Netflix and Amazon are bigger than all of them now,” Ruskin says. This disruption in the traditional business model changes production, distribution, marketing and exhibition, all topics discussed daily at the film school.

“Our students need to learn how to work with these new ecosystems,” Ruskin says. “They need to learn not just how to turn the camera on and how to light, but also how to get their work to the market. And that market now is really worldwide. It’s much easier to get work out there, but there’s also much more content for consumers to choose from.”

Our students need to learn how to work with these new ecosystems. They need to learn not just how to turn the camera on and how to light, but also how to get their work to the market. And that market now is really worldwide. It’s much easier to get work out there, but there’s also much more content for consumers to choose from.

Next steps for virtual reality and augmented reality

At UNCSA, this means students from many disciplines working together in the media and emerging technology lab, where, among other things, they will push the capabilities of VR and augmented reality further. For instance, this year UNCSA students will use motion capture and gaming platforms to create characters that are interactive in virtual reality.

The project, called “Big Rock Candy Mountain,” will put viewers into the experience of a child navigating a story, set to the classic folk song. Created by students in the Immersive Entertainment class, the result will be an interactive, pure 360 video. 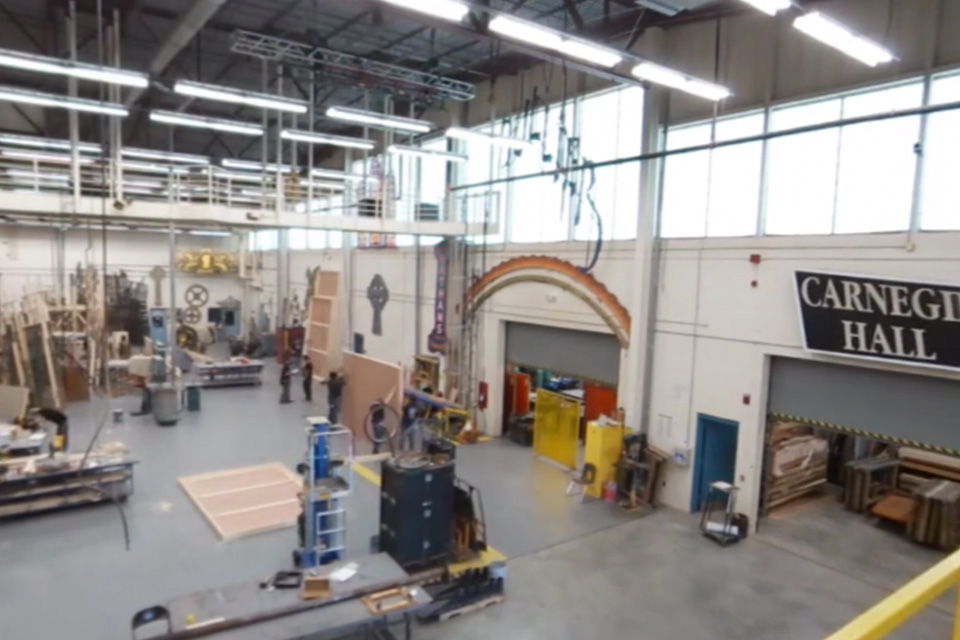 The Immersive Entertainment class created a 360 introduction to UNCSA during fall semester.

Being selected for the right film festival for your film can build press and audience interest.

In 2018, UNCSA is again an official sponsor of Sundance Film Festival. With more than 30-40 UNCSA alumni connected to festival films, it’s important for the school to be actively involved and supportive of alumni.

This year, she will take several UNCSA students to the festival, including one who was involved in the production of alumnus Brett Haley’s film “Hearts Beat Loud” and will have the opportunity to work with him directly at the festival.

“They’ll have the experience of watching Brett from the inside as he meets with potential distributors. That’s an essential experience for students to have—not just participating in screenings but seeing real dealmaking,” she says.

2018 will bring more collaboration between artists and engineers, between data scientists and creatives. Smart businesses will build room for experimentation into their business models.

“I actually think that the creative process has become more essential,” Ruskin says. The School of Filmmaking will continue to create opportunities for collaboration for students across disciplines and even with other institutions.

A key takeaway in 2018: filmmaking will continue to go beyond the confines of traditional storytelling, and it will require talented individuals from many disciplines to propel the film industry.