High school dancer is Presidential Scholar in the Arts

Jace Weyant, who will graduate Friday from the High School Program of the University of North Carolina School of the Arts, is one of only 20 high school seniors nationwide chosen as a Presidential Scholar in the Arts.

A resident of Clemmons, he attended all four years of high school in UNCSA’s School of Dance.

“Jace Weyant is an artist of exceptional merit, and is academically gifted as well,” said Provost David English. “We wish him well as he continues his education and we’re confident that he will continue to make us proud.”

Jace Weyant was one of four students in the nation to be nominated as both Presidential Scholar and Presidental Scholar in the Arts.

Last fall, he created a video, “Math & Dance Project: A Noncartesian Proof of a Geometric Concept,” which was published on YouTube. 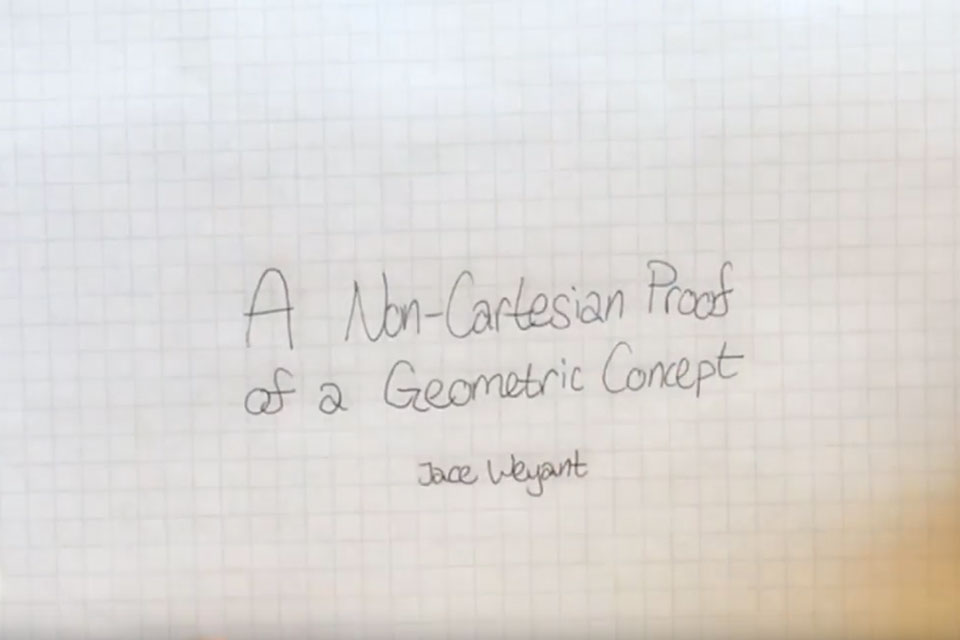 The White House Commission on Presidential Scholars selects scholars annually based on their academic success, artistic excellence, essays, school evaluations and transcripts, as well as evidence of community service, leadership, and demonstrated commitment to high ideals. Of the 3.6 million students expected to graduate from high school this year, more than 5,200 candidates qualified for the 2018 Presidential Scholar awards determined by outstanding performance on the College Board SAT and ACT exams, through nominations made by chief state school officers, other partner recognition organizations or the National YoungArts Foundation.

Created in 1964, the U.S. Presidential Scholars Program has honored almost 7,500 of the nation's top-performing students. The program was expanded in 1979 to recognize students who demonstrate exceptional talent in the visual, literary and performing arts.