The University of North Carolina School of the Arts Symphony Orchestra presents an energetic program of works by Barber, Mozart and Beethoven under the direction of guest artist Joseph Young. The concert features a performance by the winner of the 2018 UNCSA Concerto Competition.

The concert will take place at 7:30 p.m. on Saturday, November 17 at the Stevens Center, 405 West Fourth St. in downtown Winston-Salem.

The repertoire includes Samuel Barber’s “Second Essay for Orchestra,” Beethoven’s Symphony No. 7 in A major and “Concerto for Bassoon in B-flat major” by Mozart. 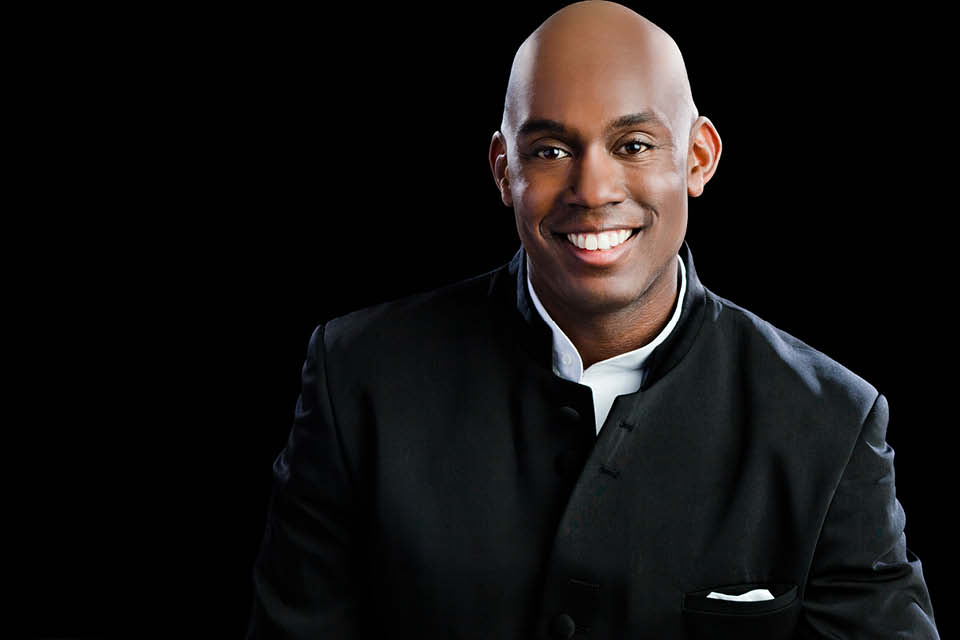 Young recently stepped down as assistant conductor of the Atlanta Symphony and is the artistic director for ensembles at the Peabody Conservatory. He is one of several guest directors working with the Symphony Orchestra this year, following the departure of Music Director Christopher James Lees in May 2018.

“Giving our students the opportunity to work with top guest artists from the industry is an important facet of our programs in the School of Music,” explains School of Music Dean Brian Cole. “Experiencing different artistic styles, technique, interpretation and leadership is invaluable to their development as artists.”

Cole says Maestro Young is one of the top conductors of his generation in the United States and one of the most in demand. “His unique combination of artistry and experience – both as a performer and educator – will be a tremendous benefit for our students, and I am excited to see the work they will do together,” Cole says.

Giving our students the opportunity to work with top guest artists from the industry is an important facet of our programs in the School of Music. Experiencing different artistic styles, technique, interpretation and leadership is invaluable to their development as artists.

“I’m looking forward working with the students of the UNCSA Orchestra,” says Young.

“This program has a unique energy in every piece. From the whirling dance energy of the symphony to the almost wartime energy from Barber’s Essay, it’s a program that shows the strength and versatility of a good orchestra. I’m excited to create this spirit with the students.”

One highlight of the program is a performance by graduate bassoonist Juan Antonio Rodriguez Diaz, winner of the 2018 Concerto Competition.

UNCSA holds a Concerto Competition every year. Guest adjudicators are brought in to judge the competition. The winners earn the opportunity to perform their competition piece with either the UNCSA Symphony Orchestra or Wind Ensemble.

Diaz, who studies under UNCSA Associate Professor of Bassoon Saxton Rose, will play Mozart’s Bassoon Concert, a three-movement work that’s a standard in the instrument’s repertory.

Rounding out the program is Samuel Barber’s “Second Essay for Orchestra,” a 10-minute powerhouse of a work that’s jam-packed with musical intricacies; and Beethoven’s Seventh Symphony, a celebratory piece seeped with energetic dance elements.

Joseph Young is increasingly recognized as “one of the most gifted conductors of his generation.” In recent years, he has made appearances with the Saint Louis Symphony, Buffalo Philharmonic, Colorado Symphony, Charleston Symphony, Phoenix Symphony, Bamberger Symphoniker, New World Symphony Orchestra, Spoleto Festival Orchestra, Orquestra Sinfónica do Porto Casa da Música and the Orquesta Sinfonica y Coro de RTVE (Madrid), among others in the U.S. and Europe. This season, Young will debut with the Nashville Symphony, Detroit Symphony and the Florida Orchestra.   Young also makes his debut this season as the Ruth Blaustein Rosenberg Artistic Director of Ensembles at the Peabody Conservatory. In this role, he leads the programming and direction of all Peabody Conservatory instrumental ensembles.

In his most recent role, Young served as the Assistant Conductor of the Atlanta Symphony where he conducted more than 50 concerts per season. He also served as the music director of the Atlanta Symphony Youth Orchestra, where he was the driving force behind the ensemble’s artistic growth. Previous appointments have included resident conductor of the Phoenix Symphony and the League of American Orchestras Conducting Fellow with Buffalo Philharmonic and Baltimore Symphony.

Young is a recipient of the 2015 Solti Foundation U.S. Career Assistance Award for young conductors, an award he also won in 2008 and 2014. In 2013, he was a Semi-finalist in the Gustav Mahler International Conducting Competition (Bamberg, Germany). In 2011, he was one of six conductors featured in the League of American Orchestras' prestigious Bruno Walter National Conductor Preview.

Young earned his bachelor’s degree in music education at the University of South Carolina and completed graduate studies with Gustav Meier and Markand Thakar at the Peabody Conservatory in 2009, earning an artist's diploma in conducting. He has been mentored by many world-renowned conductors including Jorma Panula, Robert Spano and Marin Alsop, with whom he continues to maintain a close relationship.