"Raymonda" was last performed at UNCSA in 2014. / Photo: Rosalie O'Connor

“This concert of ballet and contemporary works features four lovely and distinctive pieces,” Jaffe said. “Our ballet students show their technical and artistic prowess in Marius Petipa’s large-scale classics ‘Raymonda’ and ‘Harlequinade,’ based off of the original choreography. Our contemporary students share their kinetic wizardry in reconstructions of  ‘Grove’ by Trish Casey and ‘Mondrian Duets' by Brenda Daniels." 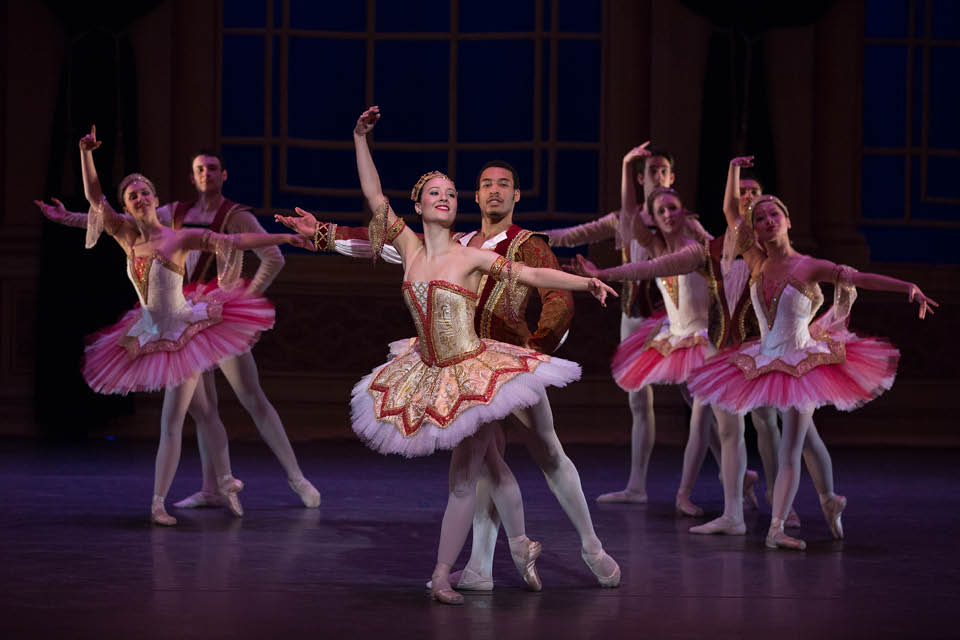 “Raymonda,” a grand ballet in three acts first staged in 1898 in Saint Petersburg, features music of Alexander Glazunov with a libretto by Lydia Pashkova. Its plot, set in the 12th century, turns on attempts by Abderakhman, a Saracen knight, to abduct Raymonda, a countess, as she awaits the return of her fiancé, Jean de Brienne, the noble knight of the Crusades.

Jaffe, who will stage UNCSA’s “Raymonda,” described it as “a brilliant mix of classical dance with folk-dance port de bras (movement of arms).”

“It is danced by all the large ballet companies in the world,” she said. “The solos are extremely difficult and exacting, and the ballerina’s solo embodies femininity and strength and is one of the most famous female classical solos in the world.”

Dean of Dance Susan Jaffe stages "Raymonda" by Marius Petipa, featuring "of the most famous female classical solos in the world."

In 1948, Konstantin Sergeyev, the late artistic director of the Kirov Theatre, greatly altered and, in some cases, entirely changed Petipa’s choreography in “Raymonda.” Sergeyev’s changes now inform most productions of “Raymonda.” For the most part, students will dance the same versions of “Raymonda” that professionals dance--which strengthens their preparation for work they will do after leaving UNCSA.

“It is appropriate to challenge them,” Jaffe said.

“Harlequinade,” a ballet comique in two acts, received its world premiere in 1900 in Saint Petersburg. It revolves around attempts to keep Columbine apart from her lover, Harlequin. Or, to put it another way, will Cassandre, Columbine’s father, succeed in marrying off Columbine to the wealthy and elderly Lèandre, aided by Pierrot, his servant? Or will Pierrette, Pierrot’s wife, prevent her husband and his master’s plans from succeeding?

“Harlequinade” has been described as “a funny ballet full of physical comedy” – a    description that UNCSA’s dancers will aim to uphold with Danilov’s staging, which has featured the assistance of faculty members Jennet Zerbe and Misha Tchoupakov.

“Mondrian Duets” takes its name from the dancers’ leotard costumes, which recall the abstract paintings of Piet Mondrian (1872-1945). It premiered in 2010 at UNCSA. Daniels brought it back at the suggestion of her daughter, Ruthie Dalby, a high school ballet student at UNCSA who will participate in the Spring Dance performance. 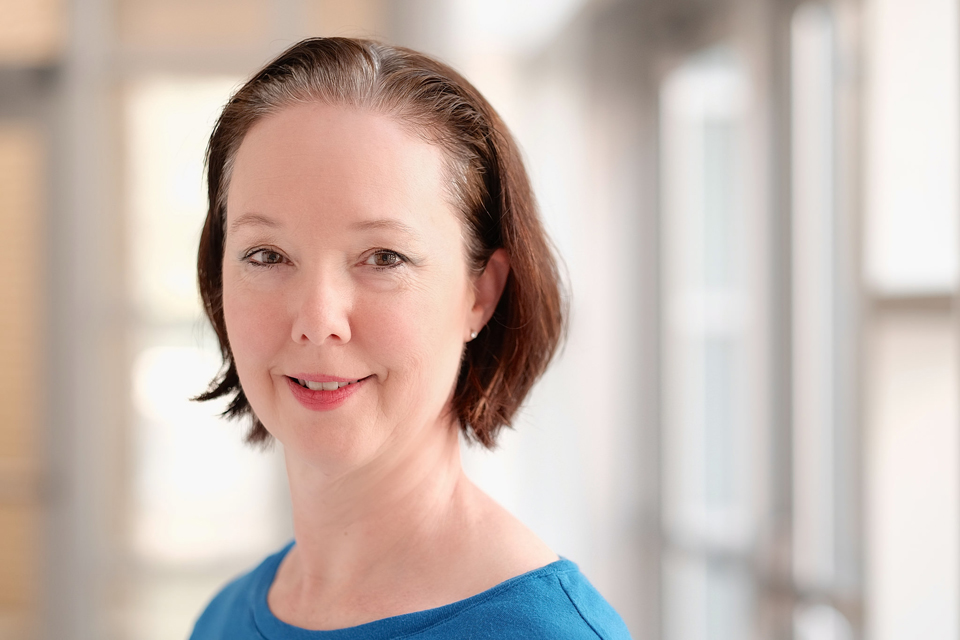 In “Mondrian Duets,” for three men and three women, each of three couples dances a major duet to “Rebonds,” a piece for solo percussion composed between 1987 and 1989 by Iannis Xenakis. Bobby Thomas, a college senior in the School of Music at UNCSA, will perform “Rebonds” during the Spring Dance performance.

Daniels stressed that “Mondrian Duets” doesn’t tell a story. Rather, “it’s about the duet form,” she said. “I love the duet form.”

About 80 percent of the 2010 version of “Mondrian Duets” has been retained for the 2019 performance, with minor adjustments to the choreography.

This work for 27 women was first performed at UNCSA in 2001. The original performers have repeatedly suggested that she restage “Grove,” having remembered it with fondness and found much meaning in it. 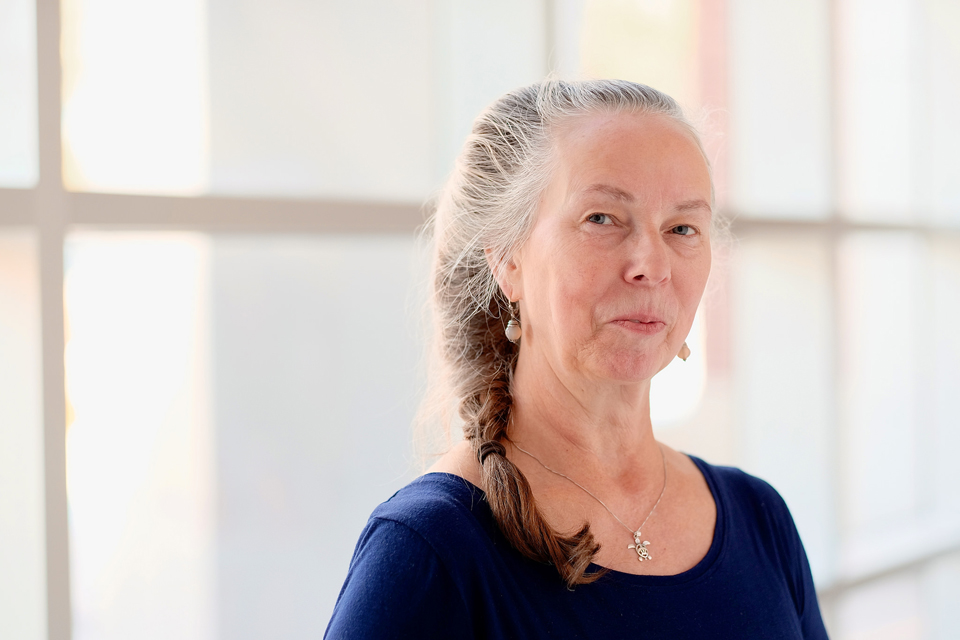 Trish Casey's "Grove" combines sections of the 2001 production with new material based on the dancers' input.

“Grove” is in nine sections and features music by Arvo Pärt, Fritz Kreisler, Bobby McFerrin, Grazyna Bacewicz and Natalie Cole, with musical bridging by UNCSA alumnus Jonathan Melville Pratt. It explores what Casey described as “stillness and taking time, holding space, ritual, youth and independence, habit and shadow, mystery and grace, contemplation, playfulness with multiple female perspectives, and hope.”  She said it also “reflects multiple feminine perspectives that seek not to define what is feminine but, rather, how she can choose to move through the world.”

The 2019 version of “Grove” combines sections of the original production with new material designed to breathe freshness into the work. It relies on the input of dancers and on reconstruction work done this past January at UNCSA by Lina Puodziukaite, a native of Lithuania who served as the choreographic assistant for the original staging. It seeks to recreate as closely as possible the original production’s exquisite lighting, which Eva Toia, an alumna of UNCSA’s School of Design & Production, created.