UNCSA's beloved holiday production of “The Nutcracker” will showcase acclaimed dancers from the American Ballet Theatre and New York City Ballet – Stella Abrera and Peter Walker – as guest dancers this year. Stella Abrera, a Principal dancer with ABT, replaces the previously announced Sara Mearns, of New York City Ballet, who has withdrawn due to an injury.

Abrera will become the Sugar Plum Fairy and Walker the Cavalier Prince for two performances only: 7:30 p.m. on Wednesday, Dec. 18 and Thursday, Dec. 19. Tickets are available at the Stevens Center box office, by phone at 336-721-1945, or online. 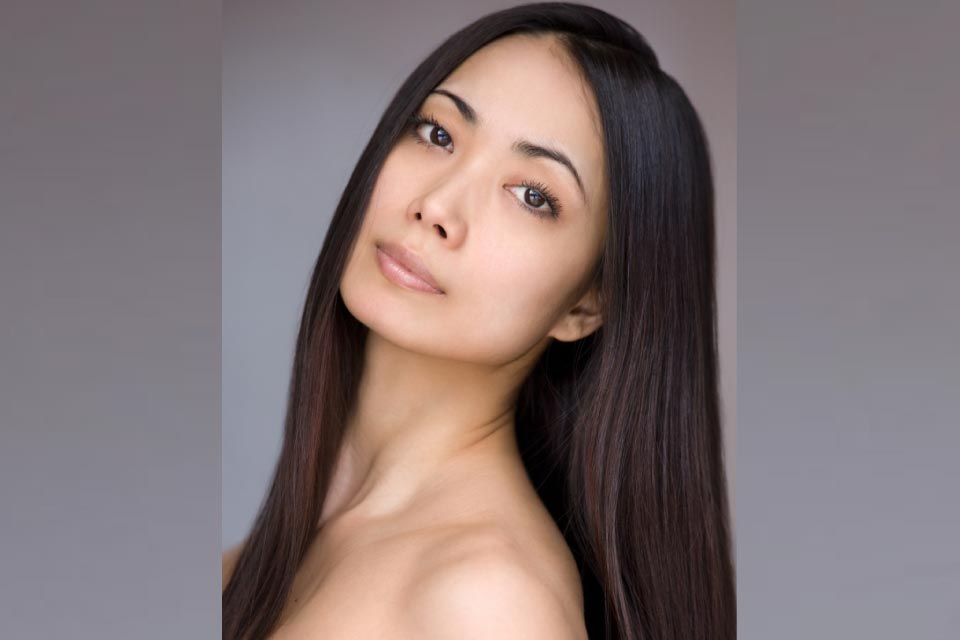 Stella Abrera will dance the role of Sugar Plum Fairy on Dec. 18 and 19.

Hailed as “luminous” by The New York Times, Abrera has danced with ABT for 24 years, and as Principal since 2015, when she became the company’s first Filipina ballerina promoted to that rank in ABT’s history. She will retire from the company this June, dancing the lead in “Giselle.” She recently performed at UNCSA in a special evening raising funds for the Choreographic Institute, in April.

Walker joined NYCB as a member of the corps de ballet in 2012 and was promoted to soloist in 2018. Shortly after his promotion, Dance Magazine noted, “Peter Walker has been showing his abilities as a leading man in ballets like Jerome Robbins' ‘West Side Story Suite.’ ” He has danced a variety of featured roles for NYCB, including  Balanchine's “A Midsummer Night's Dream” and “Agon” and Mauro Bigonzetti's “Oltremare.” Also an accomplished choreographer, he has created two works for NYCB. 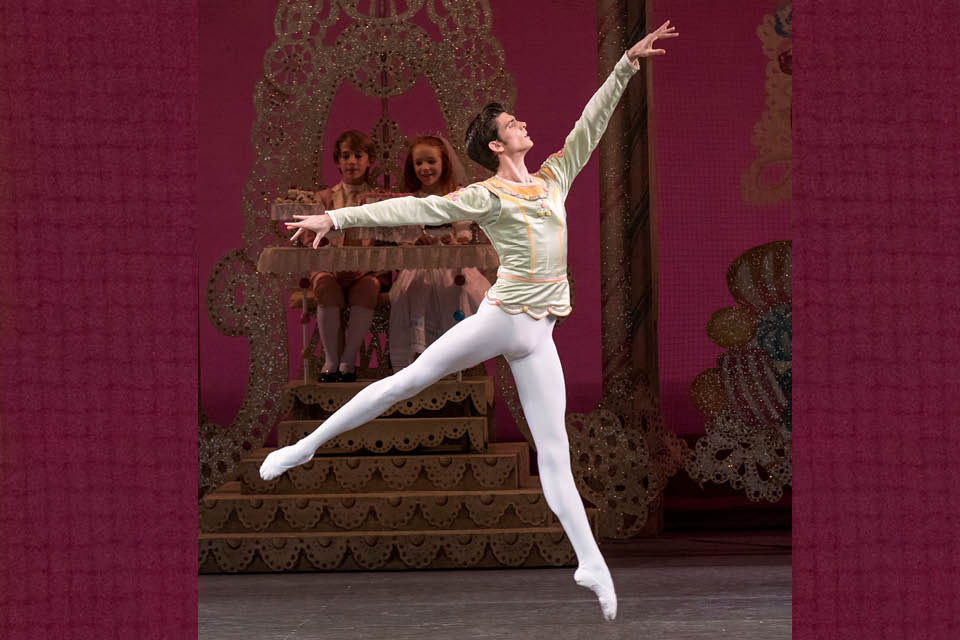 Peter Walker will dance the role of Cavalier Prince in "The Nutcracker" on Dec. 18 and 19. / Photo: Paul Kolnik

“Welcoming two of the nation’s most accomplished ballet dancers to perform alongside our immeasurably talented students embodies how UNCSA is powering creativity in our community and on our campus,” said Dean of Dance Susan Jaffe. “I have admired the artistry and power of Stella Abrera throughout her distinguished career, and I’ve seen Peter Walker perform with astounding athleticism and grace. I can assure our audiences that their highly anticipated performances in ‘The Nutcracker’ will be captivating and memorable.”

UNCSA’s heralded ballet has received rave reviews from critics and enthusiastic audiences alike since the reimagined production debuted in 2009 under the direction of Ethan Stiefel, former Dean of the UNCSA School of Dance and former principal dancer with American Ballet Theatre.

Stella Abrera is from South Pasadena, California. In 1996, after winning the gold medal in London's Adeline Genee Awards, she joined American Ballet Theatre’s corps de ballet. She was promoted to soloist in 2001 and to Principal in 2015. Her ABT repertoire includes Juliet in Romeo and Juliet, Aurora, Lilac Fairy and Princess Florine in The Sleeping Beauty, Giselle and Myrta in Giselle, Cinderella and Fairy Godmother in Cinderella, Tatiana in Onegin, Lise in La Fille Mal Gardee, Gulnare in Le Corsaire, Lescaut’s Mistress in Manon, Gamzatti in La Bayadere, Mercedes/Dryad Queen inDon Quixote, The Ballerina in Bright Stream, Clara and Sugar Plum Fairy in The Nutcracker, as well as leading roles in works by Ashton, Balanchine, DeMille, Dorrance, Elo, Forsythe, Graham, Kylian, Lang, Lubovitch, Macmillan, Marston, Millepied, Morris, Ratmansky, Robbins, Taylor, Tharp, Tudor, and Wheeldon. She has appeared as a guest artist with companies such as The Australian Ballet, The Washington Ballet, The Royal New Zealand Ballet, and Ballet Philippines; toured internationally with Stiefel and Stars and Angel Corella and Friends; performed at the Kennedy Center Honors 2018 (honoring Carmen Delavallade), TED Conference (California), The Vail Dance Festival, Ballet Sun Valley, Youth America Grand Prix Stars of Today Meet the Stars of Tomorrow, and several other galas and festivals. She is a proud Capezio ambassador.

Abrera is the Director of Kaatsbaan’s Summer Intensive Program. She guest teaches and coaches at dance institutions around the country and abroad, including the ABT Studio Company and at the ABT Repertory Workshops.

Abrera’s charity work includes founding Steps Forward for the Philippines, an organization that helped rebuild and supply a school in the wake of 2013’s Super Typhoon Haiyan. She cofounded Artists for Aveni, which benefits the Aveni Foundation’s mission to cure cancer. She also curated and danced in a series of galas in Manila in 2018 and 2019 benefitting the economically disadvantaged yet gifted Filipino children of CENTEX (Center of Excellence) elementary schools in the Philippines, which resulted in the building of the Stella Abrera Dance and Music Hall in Batangas. She is also a frequent performer in galas for Dancers Responding to Aids and Dance Against Cancer. 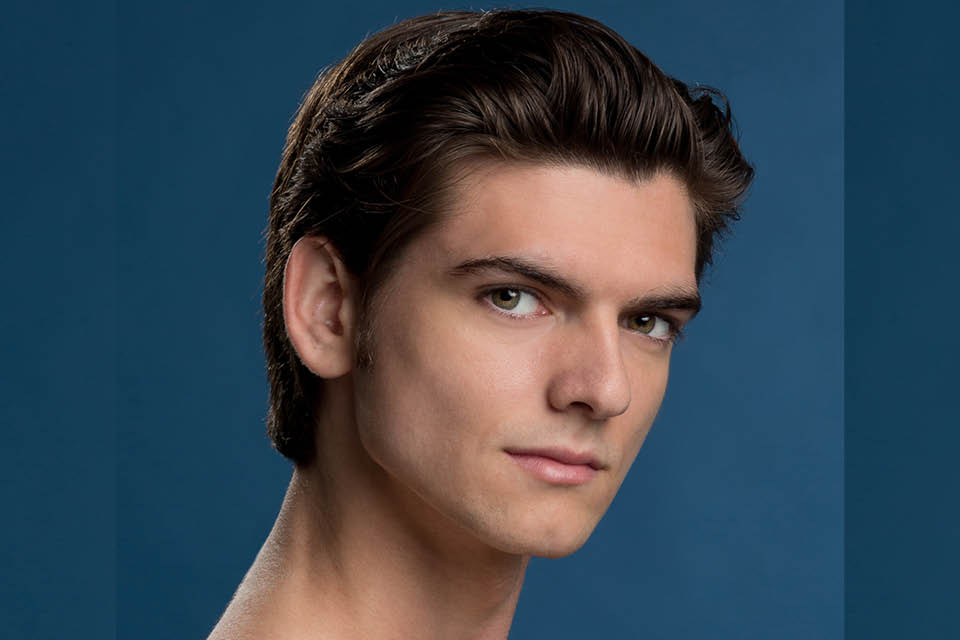 Peter Walker is from Fort Myers, Fla., where he began his early dance training at age eight with teacher Judy Murray in tap dance and the next year at the Gulfshore Ballet with Melinda Roy. Walker began studying at the School of American Ballet, the official school of the New York City Ballet (NYCB), during the 2006 and 2007 summer courses and enrolled as a full-time student in the winter of 2007. In the spring of 2011, Walker became an apprentice with NYCB and he joined the Company as a member of the corps de ballet in fall 2012. He was promoted to soloist in October 2018.

Walker’s first choreographic work for the Company, “ten in seven,” premiered at NYCB’s Fall 2016 Gala. His second work, “dance odyssey,” premiered in Winter 2018. He has participated in the NYCB-affiliated New York Choreographic Institute and the Bayerische Staatsoper Young Choreographers Program in Munich, Germany.

Walker was the recipient of the Mae L. Wien Award for Outstanding Promise in 2011.