Gabriel Ramirez, a college freshman in the School of Dance, is the 2019 recipient of the Gillian Murphy Endowed Scholarship, named for one of the school’s most accomplished alumni.

Ramirez was born in Los Angeles and began ballet training at age 15. He studied at the Los Angeles Ballet Academy and was an Orlando Ballet second company member before coming to UNCSA where his mother, Bethana Rosenthal, also studied ballet as an undergraduate. 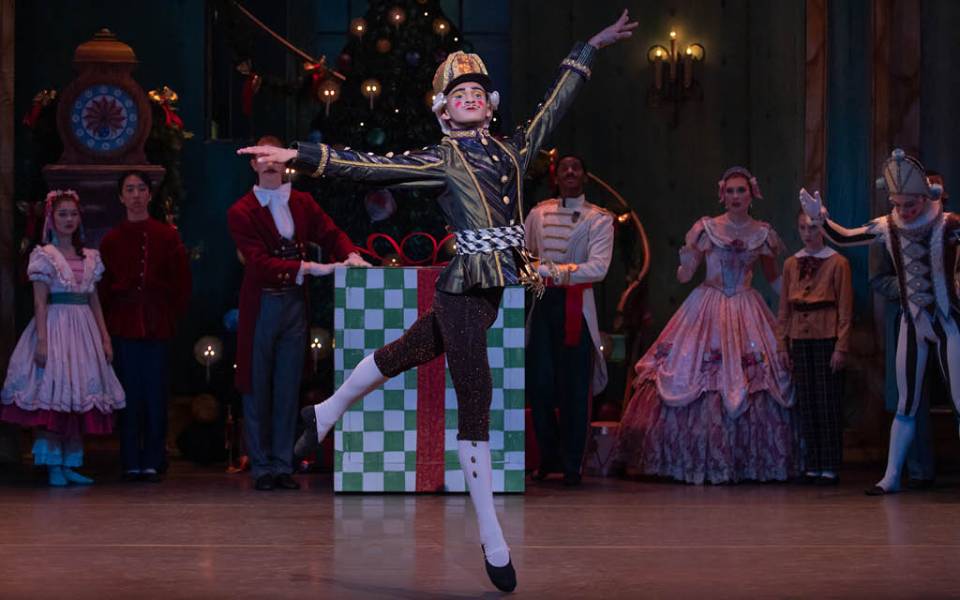 Gillian Murphy Scholarship recipient Gabriel Ramirez dances the role of Toy Soldier, among others, for "The Nutcracker" through Dec. 22. / Photo: Peter Mueller

“I chose UNCSA because of the amazing faculty and the connections the school has to professional companies,” said Ramirez. “Additionally, since my mom is an alumna it is particularly meaningful for me to now be a part of the UNCSA community.”

Dean of Dance Susan Jaffe said, “Gabriel Ramirez has the talent to achieve the perfect blend of athleticism, artistry and grace that is takes to succeed as a male ballet dancer. We’re very excited to have him as a student, and we’re proud that we can support his dreams with our most prestigious scholarship.”

The Gillian Murphy Scholarship was established in 2014 through the leadership of Jaffe and Board of Trustees Chairman Ralph Womble. Donors contributed more than $300,000 in a matter of weeks, reaching halfway to the goal of $600,000 for a fully endowed scholarship. Jaffe and her Dean's Council of supporters then pushed the scholarship fund beyond the endowment mark by nearly $100,000.

Gillian Murphy is a 1996 UNCSA high school graduate who is principal dancer with American Ballet Theatre (ABT). She has returned to UNCSA as a featured guest performer for “The Nutcracker,” and to coach dancers for the annual production.

“It is an honor to receive this scholarship,” said Ramirez. “My ultimate career goal is to dance with an elite professional company that does relevant work in a city I love. I believe this scholarship will provide the financial backing I need to pursue this dream.”

Ramirez, who is mentored by UNCSA faculty Misha Tchoupakov and Ilya Kozadayev, performs the roles of Snow King, Mirliton, Russian, and the Toy Soldier in the UNCSA production of “The Nutcracker” through Dec. 22.