Internationally acclaimed alumna will be artist-in-residence at UNCSA

Internationally acclaimed mezzo-soprano Tichina Vaughn, who performs in this season’s “Porgy and Bess” at the Metropolitan Opera, will return to UNCSA as artist-in-residence, School of Music Interim Dean Tony Woodcock has announced. Vaughn, a Winston-Salem native who received a Bachelor of Music in voice at UNCSA, will be in residence in the music school Oct. 28-Nov. 8 and Feb. 3-23, 2020.

Vaughn returns to the United States amidst a celebrated career in Europe, where she was a principal artist with Dresden Semper Opera and Stuttgart State Opera, both in Germany, and performed with opera companies in England, Holland, Hungary, Greece and Italy. She has also performed in Asia and the Middle East, and in North America with companies including Los Angeles Opera, Sacramento Opera, San Francisco Opera and Michigan State Opera Theater. Later this season, she debuts at Theater an der Wien in Vienna, Austria, as the Fortune Teller in Prokofiev’s “Fiery Angel.” Her 2020-21 season includes engagements with Theater an der Wien, the Royal Opera Covent Garden in London, and Elbphilharmonie in Hamburg, Germany. 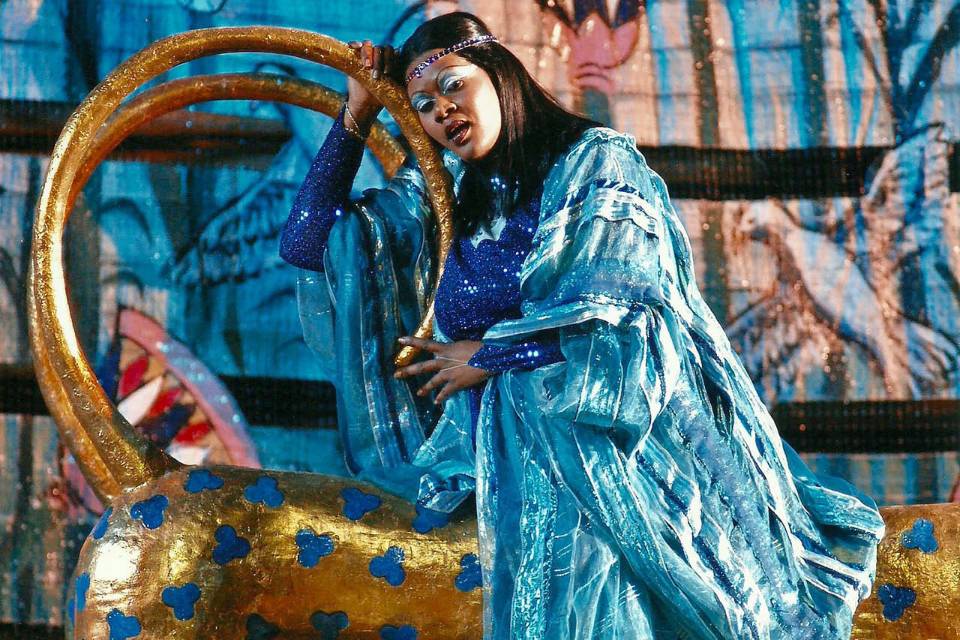 During her residency at UNCSA, she will teach master classes for fellows of the A.J. Fletcher Opera Institute as well as undergraduate and high school voice students, and will provide individual coaching and career counseling for Fletcher fellows. She also will attend dress rehearsals and performances of Fletcher’s production of Mozart’s “La Clemenza di Tito” in February 2020 and will provide feedback to the students.

“Tichina Vaughn’s resume reads like a list of the world’s most respected opera companies,” said Woodcock. “She is known internationally for her exceptional talent and her reputation for discipline and hard work. Her residency adds tremendous value to the educational experience for our voice students. Alumni like Tichina Vaughan are powering creativity around the globe, and we’re thrilled that she returns to the School of Music in this capacity.”

Vaughn’s career counseling will be treasured by the Fletcher Opera fellows, said Steven LaCosse, managing director of the institute. “Having the guidance of an alumna with her international experience is a real plus for our graduate students as they transition to roles as entrepreneurial professional artists,” he said. “And all of our voice students will be inspired by her wisdom and her artistry.” 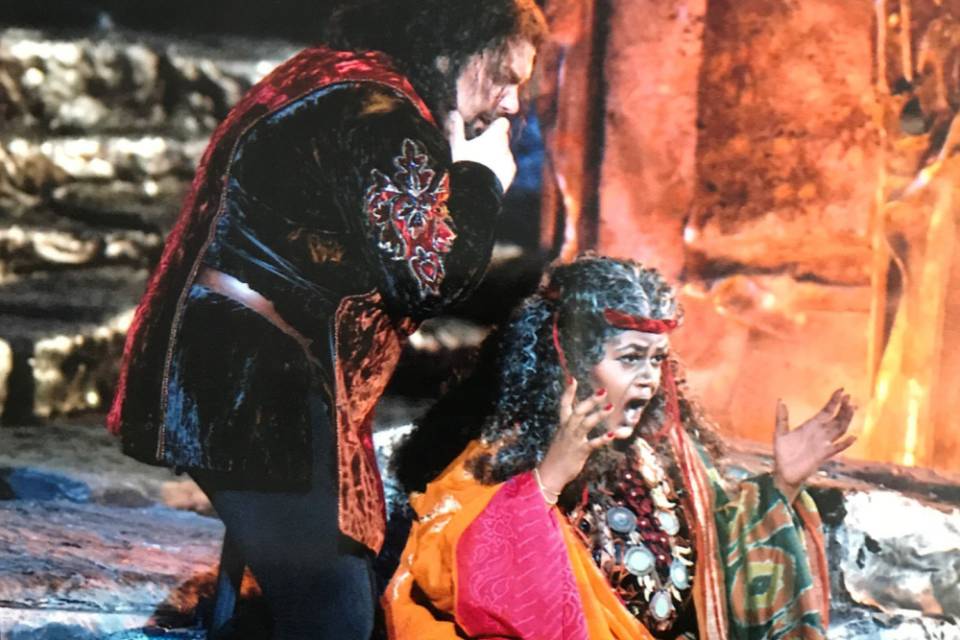 Vaughn sang the role of Maria in the Dutch National Opera’s first ever production of “Porgy and Bess” earlier this year, garnering mention by Opera Today as a “powerhouse mezzo soprano” who delivered a “flawlessly inflected” performance of “I hates yo’ struttin’ style.” Of her most recent performance at the Metropolitan Opera, Limelight (Australia’s classical music and arts magazine) said, “Even the often-overlooked local women, Lily and Annie, are strongly cast with Tichina Vaughn (a standout maid in last season’s Elektra) and Chanáe Curtis both making you wish they had more to sing,” and the Wall Street Journal said her performance was “lively and witty.” Opera critics in Europe have praised her as “the discovery of the evening,” “majestic” and “fabulous.” 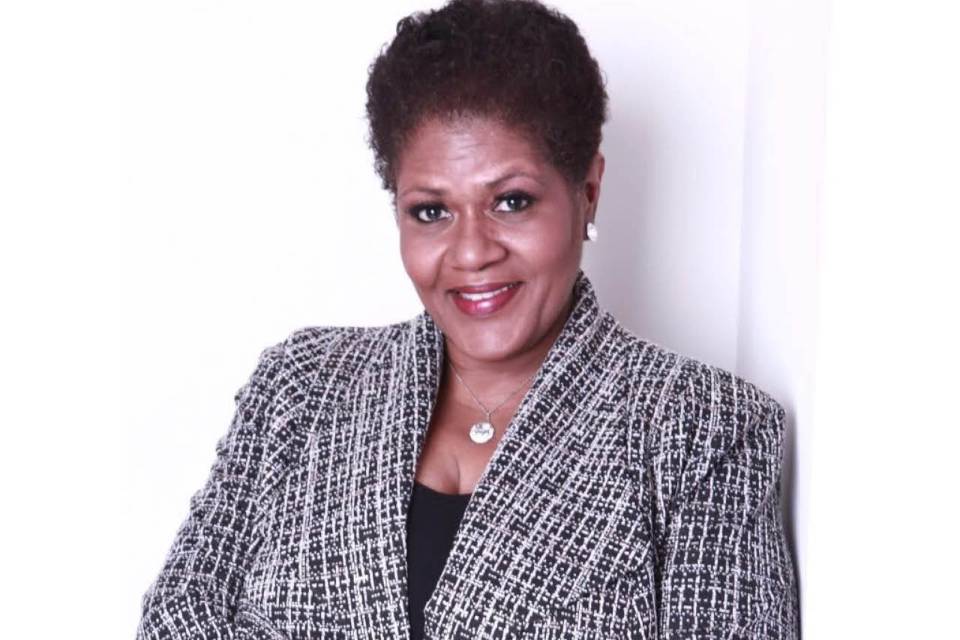 Mezzo-soprano Tichina Vaughn is artist-in-residence in the School of Music.

Mezzo-soprano Tichina Vaughn began her career as a member of the Metropolitan Opera Lindemann Young Artist Program and has established an important presence among leading opera houses and concert halls around the world.

Vaughn is performing this season as Lily in the Metropolitan Opera’s “Porgy and Bess,” the same role she sang in her Met debut in 1990. Also this season she will make her debut at Theater an der Wien in Vienna, Austria, as the Fortune Teller in Prokofiev’s “Fiery Angel.”

Vaughn was a principal artist with the Dresden Semper Opera and the Stuttgart State Opera, the latter earning her the honorary title of Kammersängerin, a prestigious German accolade for distinguished singers of opera and classical music.

Additional performances at the Metropolitan Opera have included “Dialogues des Carmélites” and First Maid in “Elektra.”

Her discography includes the Stuttgart State Theater “Der Ring des Nibelungen” which includes her highly acclaimed appearances as Fricka in “Die Walküre” and Waltraute in “Götterdämmerung,” filmed for the DVD distributed by Euro Arts and recorded for Naxos. In 2005 she released her solo portrait CD entitled “Christmas at My House.” She appears on the 2012 release “Schwanda the Bagpiper – Live from the Semperoper.”

In addition to her title as Kammersängerin, Vaughn has received many awards and honors during her distinguished career, including the Metropolitan Opera National Council Award, the Richard Tucker Foundation Study Grant Award, the Opera Index Vocal Competition Award, Licia Albanese Puccini Foundation Award, and a Birgit Nilsson Foundation Award. Most recently she was presented the Consul General’s Award for Cultural Diplomacy from the Consulate General in Milan.