Violin is a lifelong passion for faculty member Ida Bieler

When internationally acclaimed violinist Ida Bieler joined the faculty of the UNCSA School of Music in 2013, it was a homecoming. Though based in Europe for more than four decades, she grew up in Roanoke, Virginia and, in 1965, was part of UNCSA’s first class of high school students the year the school opened.

She then attended Juilliard, earning two degrees, and moved to Europe, where, among other posts, she was the first woman to hold the position of concertmaster of opera and orchestra for the Gürzenich-Orchester Köln (Symphony and Opera Orchestra of Cologne)—one of just three such positions in the world.

Among her numerous performances and ensembles, she has performed with the Melos String Quartet (1993-2005), Ensemble Villa Musica, Xyrion Piano Trio and is part of the newly-formed Reynolda Quartet, whose debut performance is Feb. 1. 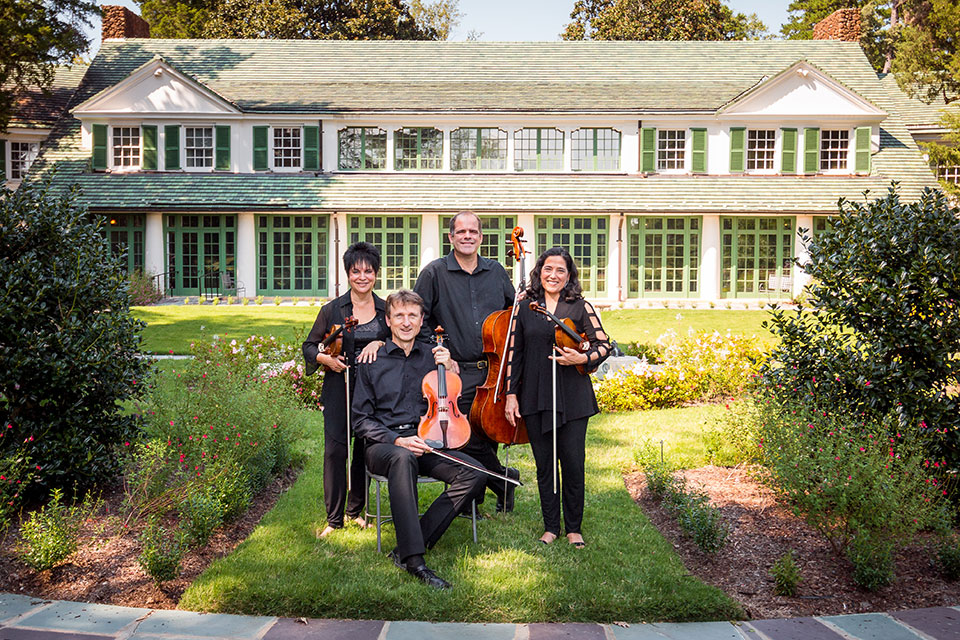 The group, she says, started playing for fun. “None of us can live without being in a string quartet,” Bieler laughs. The aim of the Reynolda Quartet is, in part, to reflect its namesake. “It represents history and beauty and culture,” she says. Plus, she and her colleagues love the challenges and rewards of performing string quartet repertoire.

A passion for teaching

Her performance career has been rewarding and varied, but Bieler’s work as an educator has also formed much of her life and reflects her own inclinations as a musician dedicated to helping others.

In addition to teaching at UNCSA, she holds positions at universities in Germany and Austria. She holds a full professorship at the Robert Schulman Hochshule in Düsseldorf, Germany, where she has taught since 1988, and a guest professorship at the Universität für Musik und Darstellende Kunst in Graz, Austria. She has taught at several other European universities, including as a guest professor at the Guildhall School of Music & Drama in London.

She credits the School of the Arts with setting her on the course for a life of music, and for shaping her approach to learning and teaching the violin.

Violin as a lifeline

Bieler was drawn to the violin at a young age. “I wanted to play the violin from age 3 on,” she says, and she did. While there was limited musical education in the Roanoke area at the time, she found ways to get exposure to the instrument, including by teaching herself.

From ages 7-12 she battled a rare blood disease that left her unable to participate in sports or other physical activities. “The violin was my savior,” Bieler says.

That time period shaped her desire to help others, as she spent much of that time in hospitals alongside children with polio. Her mother also took her throughout the community to perform music in places like nursing homes. “That formed a lot in my life and my idea of bringing music into the community,” she says.

As a young teenager, she began to really focus on her music, attending the Guilford Musical Arts Center (now the Eastern Music Festival) in Greensboro and playing in a regional community orchestra in southern Virginia.

“My greatest pleasure at that time was performing in the orchestra,” she says. When she was 13, the conductor called Bieler’s mother to tell her about a new public school for the arts opening in Winston-Salem, North Carolina, and encouraged Bieler to audition.

“And that’s how my life started,” Bieler says. At 14, she was one of 10 students that formed the first class of high school freshman at the School of the Arts.

“The School of the Arts was the point that made the difference for me,” she says. “And it’s the same for a lot of the students today.”

Everyone becomes an essential member of this music community. ... We share joy, challenges, frustrations. We applaud each other and commiserate with each other—the teachers and students together.

The small size of the School of Music, she says, means “everyone becomes an essential member of this music community. We are all members of something lively and important. We have large ensembles, small ensembles, masterclass every week, Performance Hour every week. We share joy, challenges, frustrations. We applaud each other and commiserate with each other—the teachers and students together.”

And sharing her music with the larger community has always been a vital part of being a musician for Bieler, as is teaching her students to teach music themselves. “Performance is a wonderful career, but it doesn’t live without contact,” she says.

To that end, almost all musicians, she says, teach in some capacity. For her, the goal became finding a way for that teaching to have the most impact and reach those who needed it most. Thus, the Vivaldi Project was born.

The Vivaldi Project brings together university students and children in the community who may not ordinarily have the opportunity to take music lessons. She started the program several years ago at daycare centers in Düsseldorf, with her students visiting the centers twice a week to teach the children and hosting “violin parties” twice a semester at the university.

She has since expanded the program to UNCSA, where it has been implemented in partnership with the Office of Community Engagement and ArtistCorps. Participation is voluntary and students teach in the pre-k program at Diggs-Latham Elementary School in Winston-Salem. 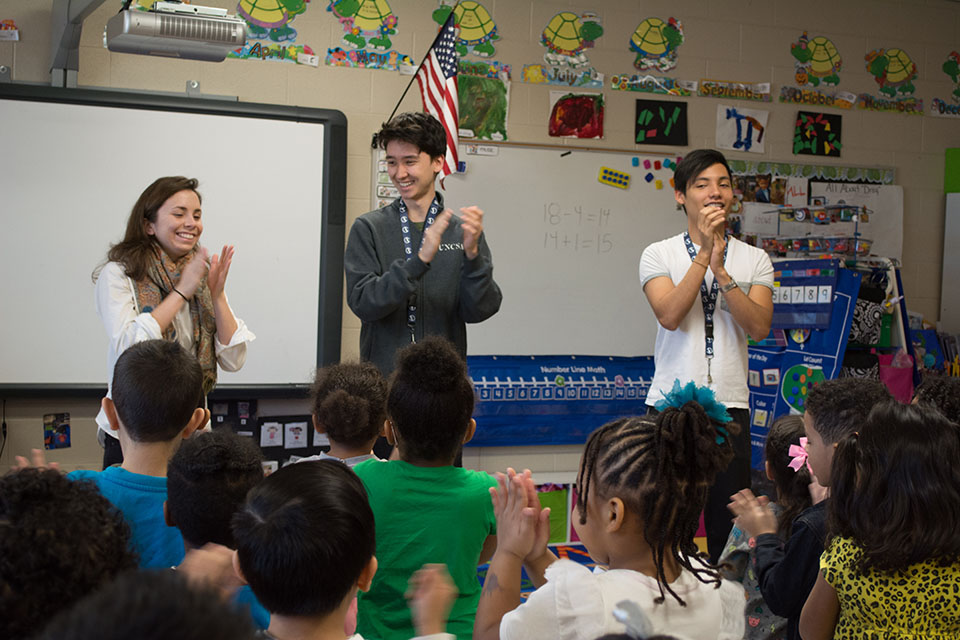 Bieler’s next ambition is to scale the program further. “We have trained a lot of students very well and have some very highly qualified young people from all over the world who know how to teach children,” she says. She wants those teachers to be emissaries who can teach violin in places across the globe that need it the most. “This is more than just a project,” she says. “It’s a mission.”

But while the Vivaldi Project is still evolving, at least part of Bieler’s mission has already been fulfilled–cultivating and sharing her love of the violin with students around the world.