UNCSA grants $40,000 in Alumni Artpreneur of the Year Awards

Two alumnae of the University of North Carolina School of the Arts (UNCSA), violinist Jessica McJunkins, BM Music ’09, and Olivia Mead, HS Dance ’00, are the recipients of the third annual Alumni Artpreneur of the Year Awards. Each will receive $20,000 to support innovative work in creative industries.

McJunkins’ award for creative project will support her work as a cultural equity contractor for artists of color.

Mead’s award for creative enterprise will sustain her nonprofit organization, YogaShield Yoga For First Responders (YFFR), which is currently providing free online access to stress-relieving tools for first responders who are working on the front lines of the COVID-19 pandemic.

UNCSA defines artpreneur as an artist who is not defined by what is, but inspired by all that could be; who is business savvy and technologically aware; who is devoted to creating value and impact through their creative practice; who reaches beyond existing disciplines to create new ways to connect with others; and who is willing to take creative risks in order to positively transform our world. 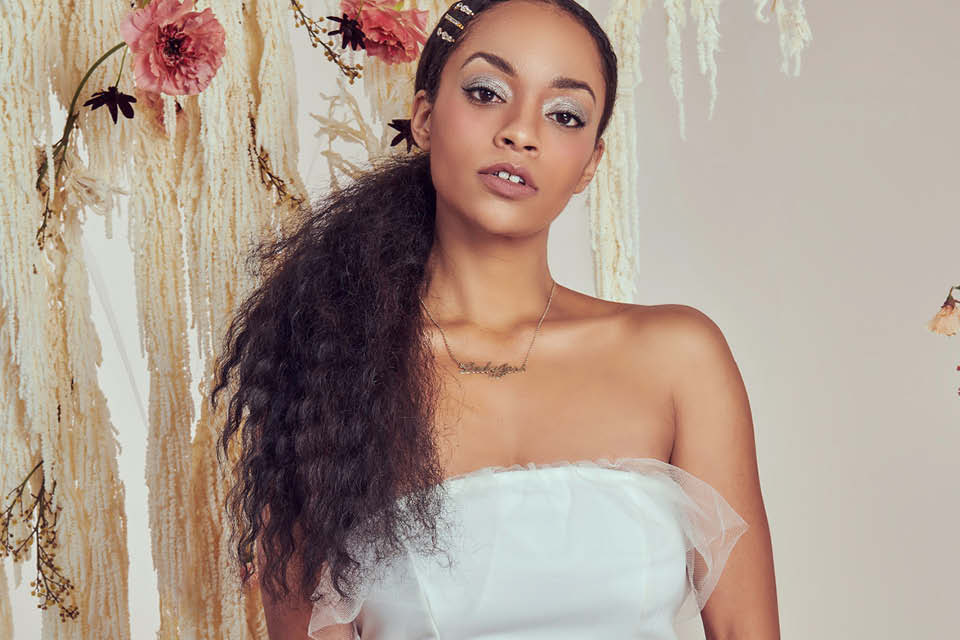 As an advocate for cultural equity and intentional hiring, McJunkins strives to change the standard of hiring and the demographic of freelance music performers in America by placing artists of color on stage with incredible performers like Solange, Questlove and Lauryn Hill. In 2017, she was responsible for hiring string ensembles for performances with Solange at Radio City Music Hall in New York, the Hollywood Bowl in Los Angeles, The Greek in Berkeley, California, and the Kennedy Center in Washington, D.C. In 2019, she contracted three separate ensembles for the grand opening of The Shed in New York, coordinated by Quincy Jones. Her players can be seen onstage at “The Tonight Show with Jimmy Fallon” and “The Late Show with James Corden.” 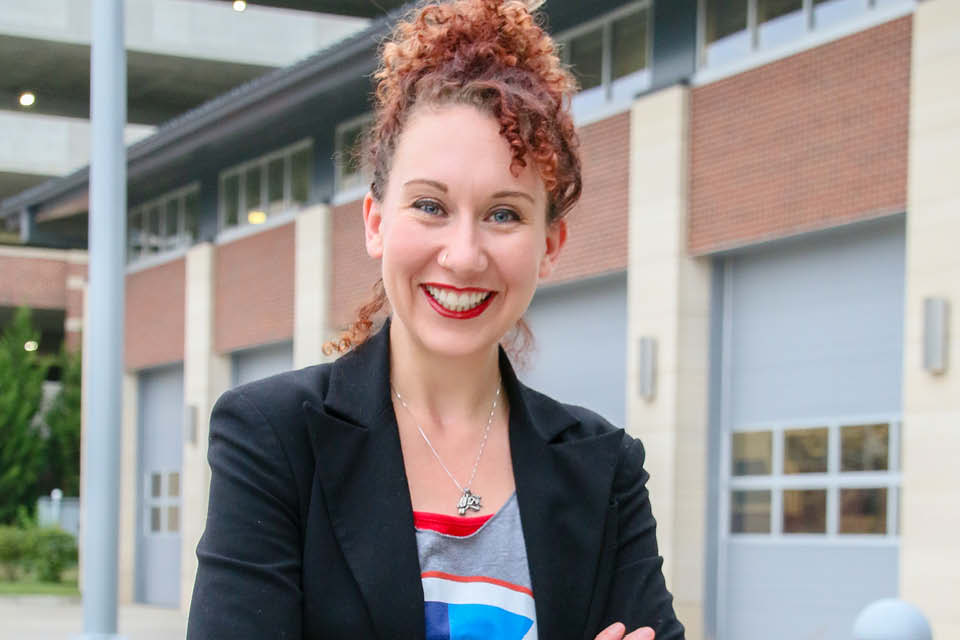 Mead, who studied ballet, is the CEO and founder of the nationwide nonprofit YogaShield Yoga For First Responders (YFFR) which uses a specific yoga method, developed by Mead, to aid first responders to process stress, build resilience and enhance job performance. In 2019, classes taught by YFFR-trained instructors taught more than 12,000 first responder participants in 150 cities across the U.S., Canada, Australia and the Netherlands.

As the COVID-19 pandemic began to spread across the country, Mead reached out to clients nationwide to determine how to best support them. “It quickly became clear that hospital employees and staff (and truly, any essential employee) were going to quickly become COVID-19 heroes,” said Mead, who is preparing a video compilation of first responder stories. Meanwhile, she and her board of directors decided to offer free limited-time access to the complete online suite of tools known as Cyber Academy.

YFFR has been featured in O the Oprah Magazine and on “CBS This Morning” and “National Geographic.” In addition to running YFFR, Mead continues to teach for her local police and fire departments in Denver, Colorado, and she travels across the country speaking and teaching for organizations such as the U.S. Air Force, FBI, New York Police Department, International Association of Law Enforcement Educators and Trainers, and national firefighter conventions. 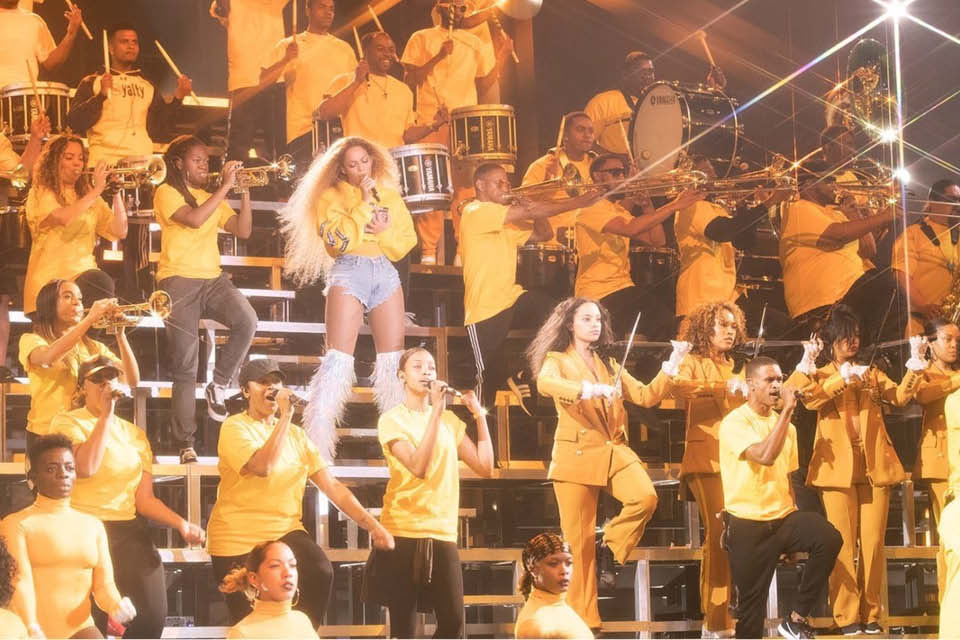 Recent projects include appearing on Beyonce’s Emmy-nominated documentary “Homecoming” and accompanying live album; the On The Run II Tour with Beyonce and Jay-Z; recording and arranging strings while on tour with the Carters for the Grammy-nominated joint album “Everything is Love”; and the recently released soundtrack to Disney’s “The Lion King” with Hans Zimmer. As a session musician in Los Angeles, she can also be heard on the soundtrack of “Charlie’s Angels,” “It 2” and more. McJunkins also performs with the Hollywood Bowl Orchestra, most recently for performances of Disney’s “The Little Mermaid” and Disney Pixar’s “Coco” live. She is also a frequent soloist at The Moth for NPR.

As an educator, McJunkins was head teacher and 2016 Teacher of the Year with the Harmony Program in New York. She coordinated sites in Chinatown and midtown Manhattan, and currently sits on the program’s junior board. From 2011-2017, she apprenticed with Roberta Guaspari and maintained her own studio at the Opus 118 Harlem School of Music, serving sites in central and east Harlem. She is currently a teaching artist with the Harlem Chamber Players.

McJunkins made her solo debut at Disney Hall in Los Angeles in collaboration with Nicole Miller and the Los Angeles Philharmonic, as part of a festival curated by Esa-Pekka Salonen. She is a guest panelist and speaker at the League of American Orchestras and the Sphinx Organization, and was chosen to open the WOW Women of the World Festival at the Apollo Theatre in March 2020. Upcoming engagements include a teaching residency at Bravo Bermuda! and solo appearances with the Harlem Chamber Players in 2021.

After graduating from UNCSA, Olivia Mead moved to New York City and attended Circle in the Square Theatre School for musical theater and classical acting. For the next 10 years she performed professionally in stage productions, including the National Broadway Tour of “The Producers,” as a Las Vegas Showgirl in Bally’s “Jubilee,” and several regional theater productions.

Mead attended Yoga Teacher Training under Yogi Raj, Alan Finger. She has studied yoga, mindfulness and cognitive behavioral therapy with many master teachers in the United States and Rishikesh, India. She is certified by Yoga Warriors International to teach trauma-sensitive yoga to those who are at-risk for post-traumatic stress. After working with veterans and active military personnel who struggle with post-traumatic stress, she adapted her yoga technique for first responders with the Los Angeles Fire Department and department psychologist Robert Scott. Her method soon became a field-tested protocol specifically for processing stress, building resilience, and enhancing job performance in an approach which was job-specific and culturally informed for public safety. She has hosted 11 teacher training intensives to bring yoga tools to first responders nationwide. 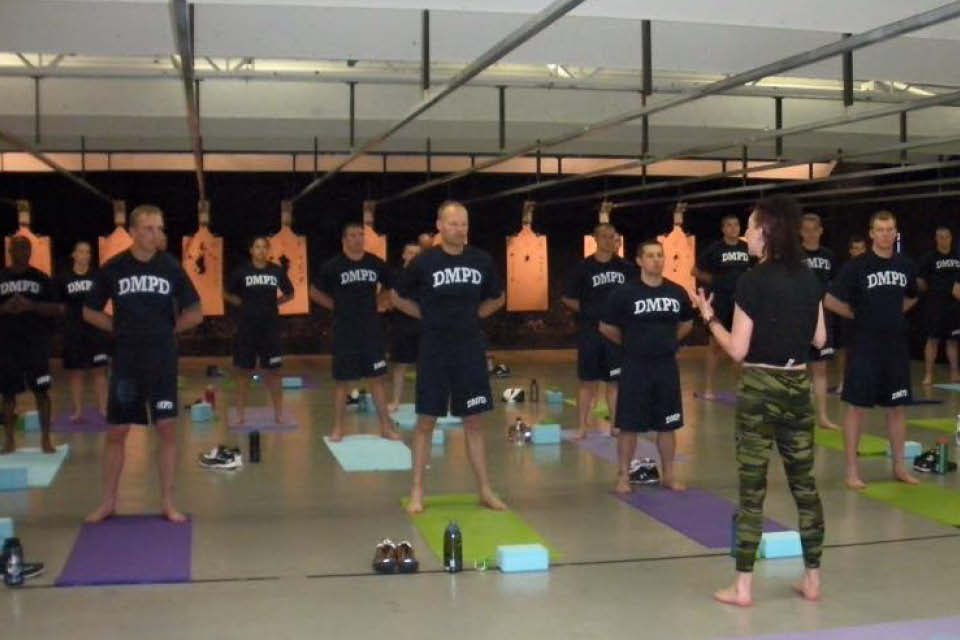 Mead is a contributing writer for publications such as PoliceOnce.com; FireRescue1; National Tactical Officers Association magazine, The Tactical Edge; and more.