Two alumni and five members of the Class of 2021 will receive annual Artpreneur Awards from the University of North Carolina School of the Arts (UNCSA), Chancellor Brian Cole has announced. The awards were established in 2017 to nurture and support entrepreneurship in creative projects and creative enterprises. Alumni artpreneurs will each receive $10,000 and student artpreneurs will receive $2,500 each to support their work.

UNCSA defines an artpreneur as “an artist who is not defined by what is, but inspired by all that could be; who is business savvy and technologically aware; who is devoted to creating value and impact through their creative practice; who reaches beyond existing disciplines to create new ways to connect with others; who is willing to take creative risks in order to positively transform our world.”

Cole said, “In a world deeply changed by the COVID-19 pandemic, entrepreneurship is more important than ever. There are boundless opportunities in the creative industries for those who are innovative, skilled and nimble. We are proud to support our alumni and soon-to-be alumni in launching or sustaining their deeply impactful work.”

In a world deeply changed by the COVID-19 pandemic, entrepreneurship is more important than ever. There are boundless opportunities in the creative industries for those who are innovative, skilled and nimble.

Alumni artpreneurs are Jenny Best (High School Dance ’94), former dancer with New York City Ballet and the  founder and CEO of Solid Starts, a website and mobile app resource for parents who hope to prevent picky eating by introducing their babies to real foods; and Owen Broder (High School Music ’08), a saxophonist and composer whose American Roots Project explores American heritage music – from Appalachian folk to early blues, from spirituals to bluegrass – through bold and inspired new interpretations envisioned through the perspective of another distinctly American musical tradition: jazz.

Arianna Bohning (M.M. Music), whose creative enterprise is Collab, a location-based app that serves to connect reliable, fully vetted, collaborative pianists with any musician or organization in need;

Jordan “Jo” Hatcher (B.F.A. Filmmaking), whose creative project is the film “Hard Feelings,” a love story that humanizes Black people beyond a historical narrative in a context that is not racially motivated.

Anika Ramlo (B.F.A. Drama), whose creative project is “Risk of Elopement,” a theater piece that empathetically portrays the lives of people with mental health disabilities to destigmatize the emotions and behaviors; and

Julia Walpole (B.F.A. Filmmaking), whose creative enterprise is “Quiet Frame,” a film and media production company with two goals: to tell stories in the form of commercial advertising to uplift small businesses in New England, and additionally, to develop and produce independent films and bring story development jobs to the East Coast.

“These diverse projects and enterprises share a common goal: to educate, enlighten and advocate,” Cole said. “That is what we are called to do as artists, and it reflects a core value of our conservatory training at UNCSA.”

More about the alumni artpreneurs 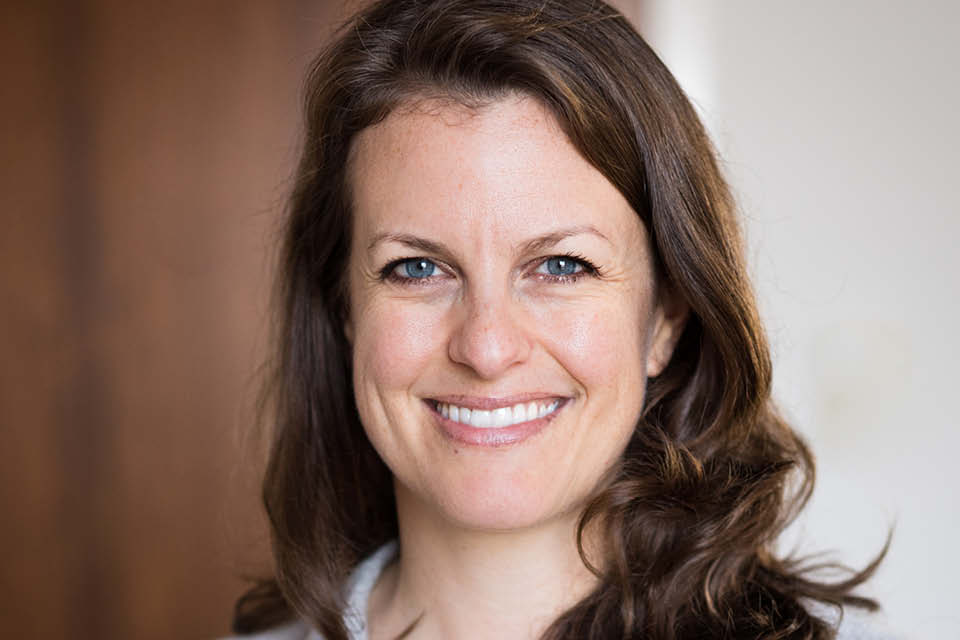 A mom of three, including twin toddlers, Jenny Best is a baby-led weaning expert and food and farming enthusiast on a mission to make it easier for parents to introduce real food to their babies. Recently featured on “Good Morning America,” Solid Starts is the only comprehensive multidisciplinary team in the baby food and feeding space. Solid Starts provides resources and serves as a bridge over cultural divides to help reverse the negative impacts of outdated infant feeding recommendations, including force feeding and diet culture.

With a commitment to justice, equity, diversity and inclusion, Solid Starts seeks to economically impact systemic discrimination in baby food and child nutrition by recruiting BIPOC+ (Black, Indigenous and People of Color) dieticians and nutritionists and creating paid intern and fellowship programs that prioritize students of color in the field of nutrition; providing complimentary access to feeding and nutrition guides for low-income families; and advocating for representation of BIPOC+ families in baby food, feeding and child nutrition imagery and videos.

As founder and CEO of Solid Starts, Best leads a team of more than 20 experts including pediatricians, nationally recognized pediatric feeding therapists, an award-winning allergist, pediatric dietitians and nutritionists and an equity, diversity and inclusion coach, among others.

During the pandemic, Best and her team built community among families, amassing more than 600,000 followers (and growing) on Instagram. 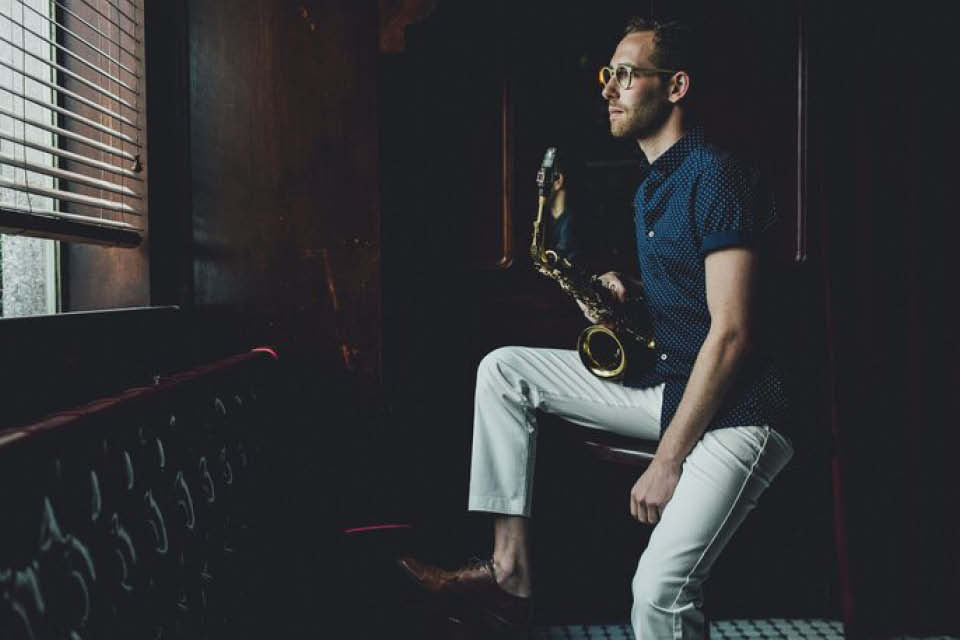 Based in New York City, Owen Broder is the recipient of an ASCAP Herb Alpert Young Jazz Composer Award in 2018 for his American Roots Project album, Heritage. The project works in conjunction with the American Folk Art Museum in a multidisciplinary collaboration, using selected related images from their permanent collection as visual companions. The album was praised by Downbeat Magazine as a “transcendental work of art,” and listed as No. 5 among the best music of 2018 (Francis Davis, NPR).

In March 2020, Broder co-founded and performed in the Live From Our Living Rooms festival and fundraiser. The initiative was credited as “the first online jazz festival” (Rolling Stone) and raised nearly $60,000 in support of musicians based in New York City whose performance careers were halted due to COVID-19.

He is a member of the jazz quintet Cowboys & Frenchmen, which offers a new take on instrumentation, composition and orchestration for the jazz quintet. The quintet has released two albums to critical acclaim and is soon slated to release a third.

Broder is also a member of the Grammy Award-nominated Anat Cohen Tentet and the Manhattan Saxophone Quartet, and has performed with internationally respected artists such as Ryan Truesdell’s Gil Evans Project, Trio Globo, and YouTube sensation Postmodern Jukebox. Additionally, he has performed in the orchestras of Broadway and off-Broadway shows.

As an educator, Broder visits collegiate music programs and performing arts high schools across the country, hosting master classes based in performance as well as music entrepreneurship, preparing students for successful careers in various avenues of the music industry.

More about the student artpreneneurs 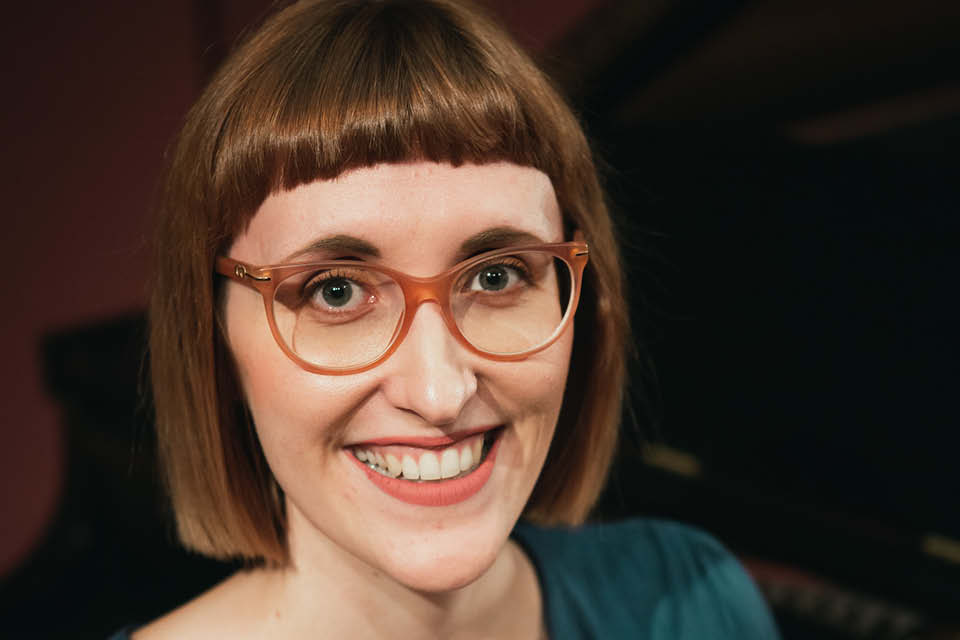 Originally from Seward, Nebraska, Arianna Bohning started taking piano lessons at the age of 7 and picked up oboe in sixth grade. She has been an active multi-instrumentalist in the U.S. and abroad, performing on oboe and English horn in ensembles including the Iowa State Symphony Orchestra, Cork (Ireland) Concert Orchestra, and Omaha Symphonic Winds. Bohning also has collaborated at the piano for church choirs, soloists, musical productions, opera scenes, and both the 2019 and 2020 UNCSA productions of "The Nutcracker."

She has worked as a piano teacher, collaborative pianist, freelance oboist, music photojournalist and accompanist for a public middle school in Lincoln, Nebraska. Bohning is passionate about community arts engagement, public education, and equal access to music education for all populations of students, and pursues these endeavors through her work with UNCSA ArtistCorps. She holds a B.A. in music and international studies from Iowa State University. She has studied collaborative piano at UNCSA with faculty-artist Allison Gagnon.

Bohning’s creative enterprise, Collab, was inspired by both her experience as a pianist and as a musician in need of a pianist. Its purpose is to streamline interactions and eliminate hassle, effectively creating more time to make music together. With Artpreneur funding she plans to begin the prototype process and consequently launch her app within the next 12 months. 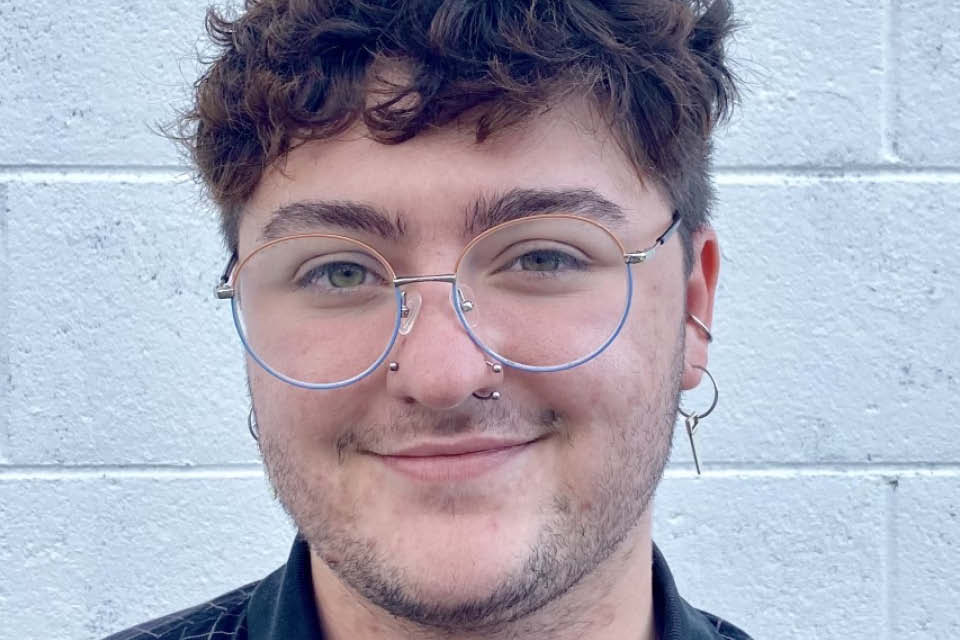 Abel Brone-Hammer was raised in Holly Springs, North Carolina. He has studied production design in the School of Filmmaking, but has expanded his expertise across disciplines by participating in several nontraditional projects. Examples of this work include art direction for experimental film; miniature set design; character design; installation art; and devised theater. He studied dramaturgy through the Studio for Creative Practice, a  program that encourages multi-disciplinary collaboration across UNCSA conservatories.

With Artpreneur funding, Brone-Hammer will establish _PUBLIC PEOPLE_ (working title), a collective for queer artists in Forsyth County. Growing up in the Bible Belt with few LGBTQ+ resources or community support, he was inspired to pursue activism and advocacy through his art. His intention is to organize interactive community art projects in Winston-Salem, while creating a network of Southern LGBTQ+ artists, and to begin selling his own work to support this initiative. 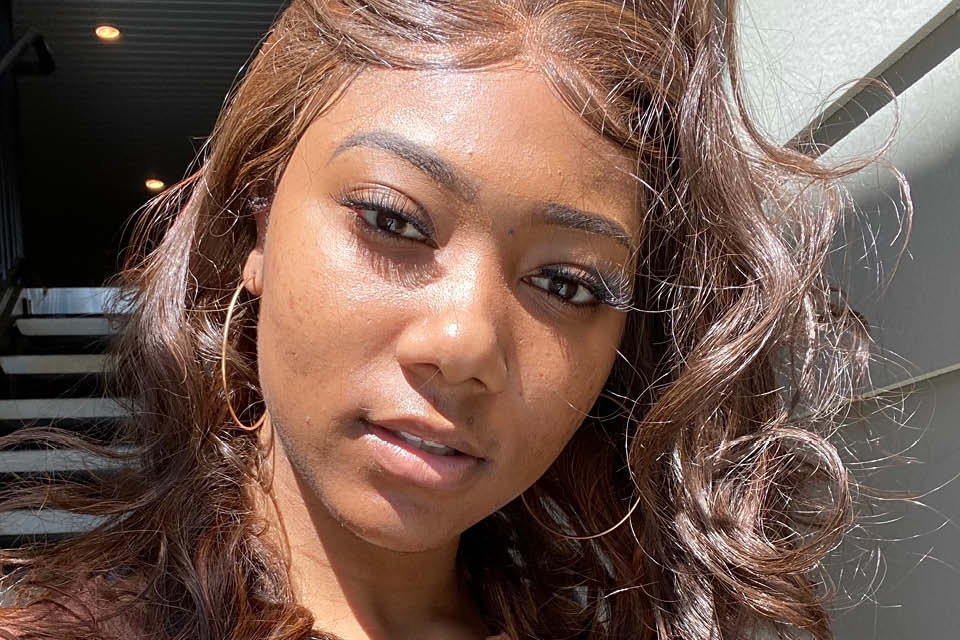 Jo Hatcher is a writer and director in the School of Filmmaking. Born in Jacksonville, Florida, and raised in North Carolina, Hatcher is a 2021 Sundance Intensive Fellow and was an intern at the 2019 Cannes Film Festival with Voltage Pictures. She has written and directed several short films. Committed to activism and artistry,  she was the senior resident assistant and vice president of Artists of Color during the 2019-20 academic year. She received the 2020-21 Sarah Graham Kenan Excellence Scholarship, the school’s highest honor for a returning undergraduate student.

Inspired by a short film she made her sophomore year, Hatcher’s project “Hard Feelings” will be her feature film directorial debut. Partnered with Sundance Institute, she plans to tell a story about a Black woman and young love unexplored today. 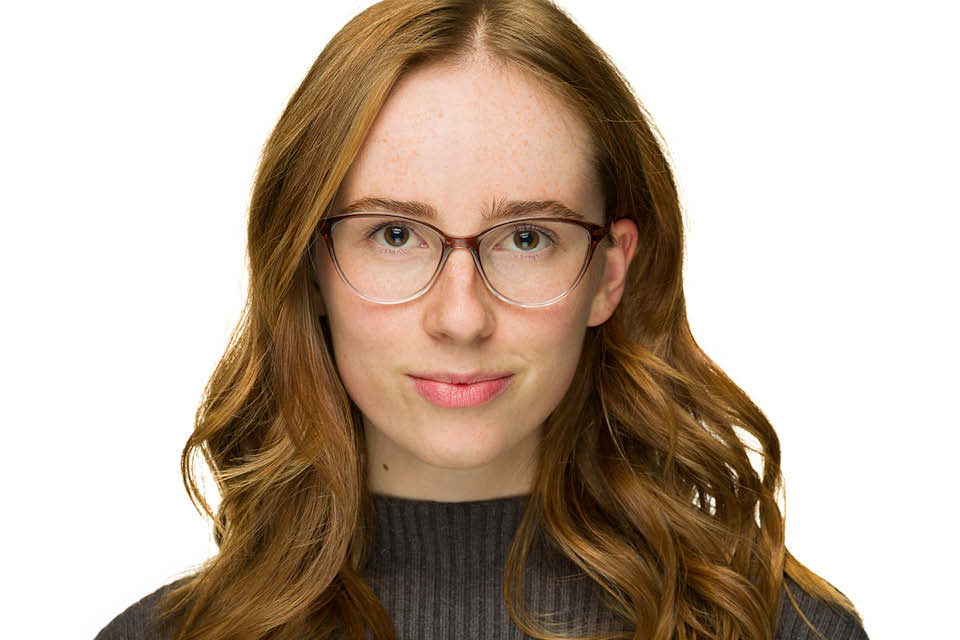 Drama student Anika Ramlo hails from Los Angeles, California. In her third year at UNCSA, she played the leading role of Caroline in "Luna Gale," directed by Dean Scott Zigler. She also played the principal bloodsucker in a stylized, 1950s vampire short made by the School of Filmmaking.

Her project, “Risk of Elopement,” is a one-woman show she wrote over the past year and a half. Inspired by true events, the story follows a young woman through the halls of the Gibbs Behavioral Center, a setting that is unexpectedly easier to navigate than the safe spaces of the real world. The character of Anika gets befriended by a group of patients who are free to be themselves unapologetically in all their sickness and health. With Artpreneur support and funding, Ramlo plans to stage "Risk of Elopement" in a theater next year, hoping to  expose audiences to the varied experiences of mental illness. 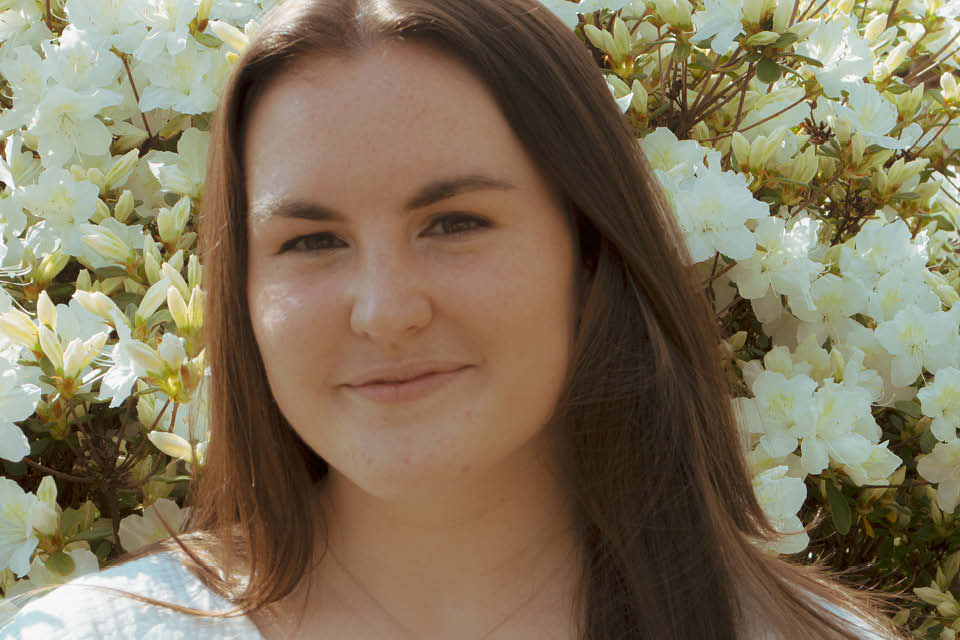 Julia Walpole was born and raised in coastal Charleston, South Carolina, and spent her formative years living on the family farm. Inspired by the stories echoed in the history of her city, she believes there is a unique perspective held by those raised in our Eastern American communities, one sensitive to family, legacy and humanity. With her creative enterprise, Quiet Frame, an independent production company, she’s working to bring film development opportunities to the East Coast. Walpole is earning her bachelor’s degree with a concentration in film producing and a minor in arts entrepreneurship.