Two women studying lighting design in the School of Design and Production have won industry-funded scholarships that support designers from underrepresented populations. Juniors Camryn Banks of Atlanta and Taylor Gordon of Keller, Texas, are recipients of the third annual Pat MacKay Diversity in Design Scholarships.

Funded by Live Design International (LDI), and presented in partnership with leading trade organizations Theatrical Sound Designers and Composers Association (TSDCA) and United States Institute for Theater Technology (USITT), the scholarships were introduced in 2019 to support underrepresented and unique voices in the field of entertainment design. The scholarships are named for the former publisher of Theatre Crafts and Lighting Dimensions magazines and founder of the LDI Trade Show and Conference, the leading trade show for live design professionals from around the globe. MacKay served as a mentor for multiple generations of industry professionals.

“The School of Design and Production is preparing students to enter a global arts and entertainment industry that is becoming wonderfully diverse,” said Dean Michael J. Kelley, an alumnus and Emmy Award-winning art director and set decorator. “We strive for a learning environment that reflects the industry in every way. We’re grateful to our leading trade organizations for their recognition and support of two of our most promising lighting designers. Congratulations to Taylor and Camryn for winning these important scholarships.” 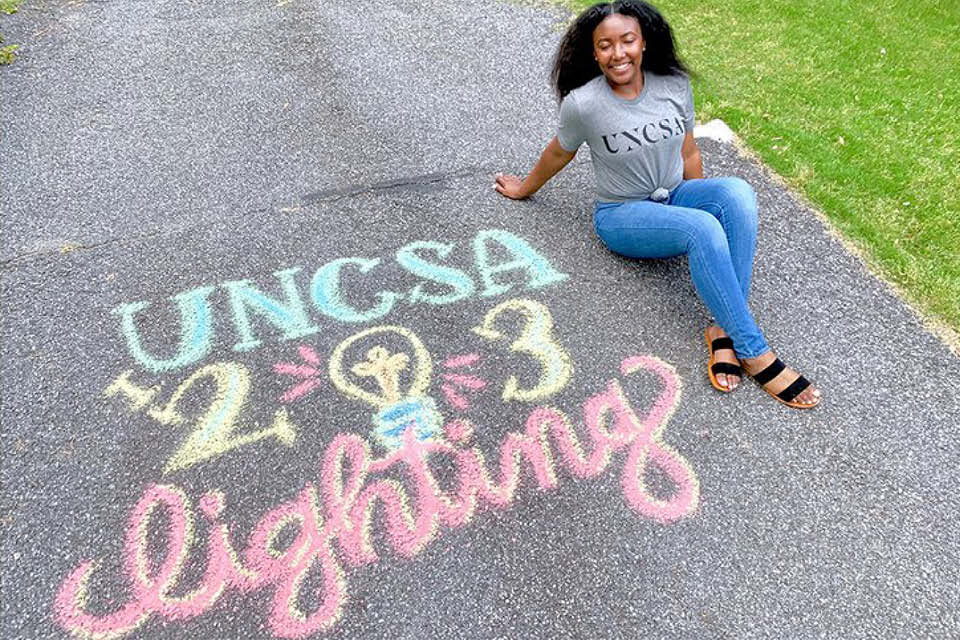 Banks discovered theater technology in general – and lighting design specifically – through a magnet program in her high school. “Lighting had always been a mystery because of the complexity, so I never had the opportunity to try it out. Then, I attended one of my school’s dance concerts, where the lighting design created a spark in me. I thought it was the coolest thing I had ever seen, and I was willing to do anything to be able to learn how to create art in that way,” she told LiveDesign, the LDI magazine. “Once I found out that I could make a career out of it, I knew that it was what I was always meant to do!”

Banks hopes to start a nonprofit arts organization in Atlanta to teach students about technical theater. “I have noticed that a lot of schools are receiving budget cuts and the first programs they decide to remove are ones within the arts and more specifically in technical theater. This leaves a lot of students who are seriously interested in the field with no way to learn or grow,” she said. “Eventually, I want to expand so I am able to serve as many underrepresented and underprivileged communities as I can reach.”

She said the industry needs to ensure that underrepresented communities have access to resources and opportunities. “Minority communities are out there, but they may not have the wherewithal to be able to do everything that they aspire to for several reasons; lack of knowledge, money and exposure,” she told LiveDesign. “We have to give these communities a chance because I am 100% certain that their raw talent would be a shock to many. Live entertainment needs to welcome minority communities so that those who are underrepresented will see individuals in this industry who look like them and are doing what they aspire to do! Without that, there will never be any change.” 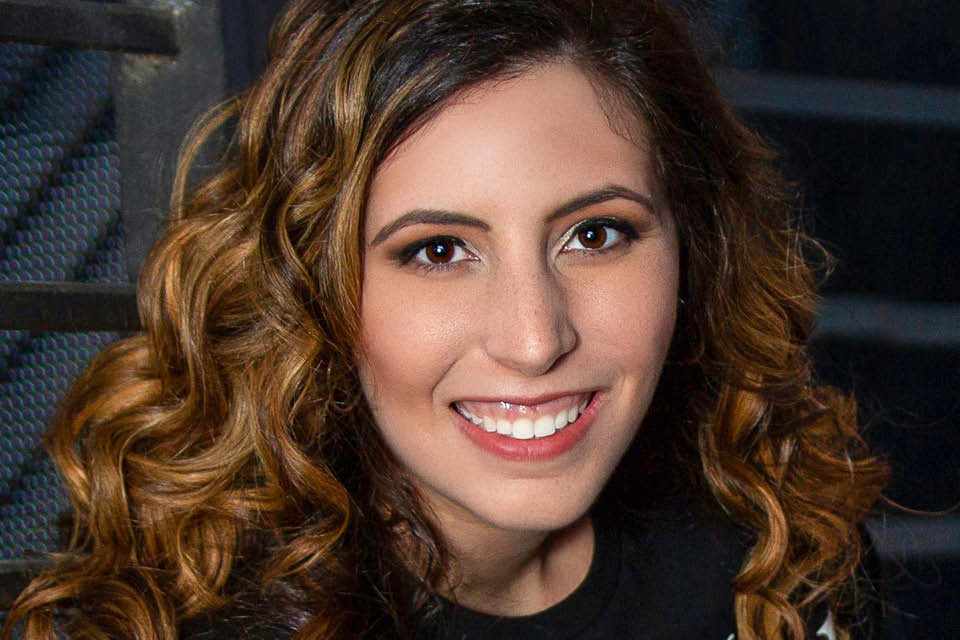 Gordon said the lighting design industry is becoming more inclusive and diverse, but can do more. “I think we can push this even further. I would love for anyone and everyone to feel that they are welcome to share their ideas or art without any hesitation,” she told LiveDesign.

She said the pandemic taught her the importance of sharing art with a live audience, but also opened her eyes to expanded opportunities. “Seeing art in person is a much more fulfilling experience than seeing it through a screen,” she said. “I also think there were some very amazing things we, as an industry, learned to do during the pandemic. My program at UNCSA integrated learning how to light a design through a camera lens into our production classes this past year, and I think adding this integral skill during a time when this was becoming imperative in our industry is truly remarkable!”

Inspired to pursue lighting design after seeing Peter Nigrini’s immersive and interactive work on “Dear Evan Hansen” while she was in high school, Gordon has a strong interest in projection design and has focused on content creation and 3D modeling. After graduation she hopes to pursue a career in projection design for Broadway, theme parks, concerts and installations. “If it can be projected on, I want to pursue it!” she told LiveDesign.

Banks and Gordon are among seven undergraduate students who received the MacKay Scholarships this year. Last year, 2021 graduate Yuko Taniguchi, a native of Japan, received the scholarship for her senior year at UNCSA.