Costume design faculty Bill Brewer lists "The Marvelous Mrs. Maisel" in his round up of some of the best costume designed films and series.

Well-made period films and series have the power to transport viewers in time through the reimagining of the story of someone’s life, historical events or even classic literature. In historic pieces, costuming conveys not only the time period and character’s personal tastes, but also factors such as their class, geography and emotional state, thus, costume design becomes one of the most important tools in storytelling.

Director of the UNCSA Costume Design program and experienced costume designer Bill Brewer takes us through a few of his favorite films and series that showcase exceptional period costumes. For this list, Brewer defines “period” as anything around 25-30 years and older saying that right now, even the early to mid 1990s is considered to be period.

A dark comedy about Queen Anne (Olivia Coleman) and her court, Brewer describes the “The Favourite” as a form of contemporary period costuming that maintains the silhouette of the early 1700s while using modern fabrics, color palettes and construction methods to give it an elevated look. Costume designer Sandy Powell and her team created all of the costumes from scratch in six weeks, utilizing fabrics rarely seen in 18th century films such as laser cut leather and denim. Powell ended up winning a BAFTA for Best Costume Design for her work in this film which Brewer notes is even more impressive because she was simultaneously designing costumes for “Mary Poppins Returns.” Fans can see more of Powell’s design work in her Academy Award-winning films “Shakespeare in Love,” “The Aviator” and “The Young Victoria.”

Set in the mid-19th century, Brewer calls the costumes in this film “hyper realistic and deceivingly complex.” Costume designer Janet Patterson was nominated for an Academy Award for her work on the film, which focuses on a mute Scottish woman who goes to New Zealand with her young daughter for an arranged marriage. Patterson’s work can also be seen in “The Portrait of a Lady,” “Peter Pan,” “Oscar and Lucinda” and “Bright Star.” Brewer adds that this is “a superior film all around,” and he also especially loves this film because of his connection with actor Holly Hunter who he dressed during his graduate costume design studies at Carnegie-Mellon University. 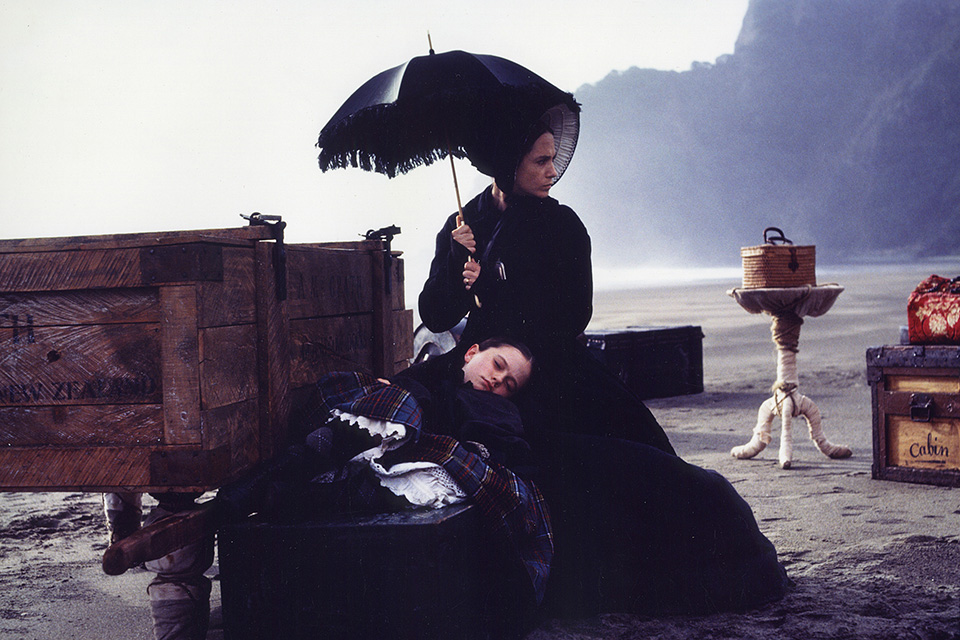 Set in the late 1950s and early 1960s, “The Marvelous Mrs. Maisel” follows New York housewife Miriam “Midge” Maisel as she discovers a talent for stand up comedy while going through struggles in her personal life. Brewer includes this series, costume designed by Donna Zakowska, on his list because “it is rare that you see a series that shows both high-fashion clothing and everyday casual wear in such a beautiful way.” He also adds that the series is enjoyable because it is “ahead of its time, as you watch a 1950s housewife break out of societal constraints and pursue her own career.” Zakowska’s work can also be seen in “Kate and Leopold,” “John Adams,” “Turn: Washington’s Spies” and “Original Sin.”

This classic film gives a look at the fictional Smith family in the year leading up to the 1904 World’s Fair in St. Louis. Brewer includes this film, starring Judy Garland, on his list because of legendary costume designer Irene Sharaff’s skilled work in “creating looks with exceptionally bold color choices for the period.” “Sharaff trained as a fine artist, which is apparent in her subsequent work,” says Brewer. Her design work can also be seen in many iconic films such as “Who's Afraid of Virginia Woolf?,” “Cleopatra,” “The King and I,” “An American in Paris,” “Hello, Dolly!” and “Funny Girl.” 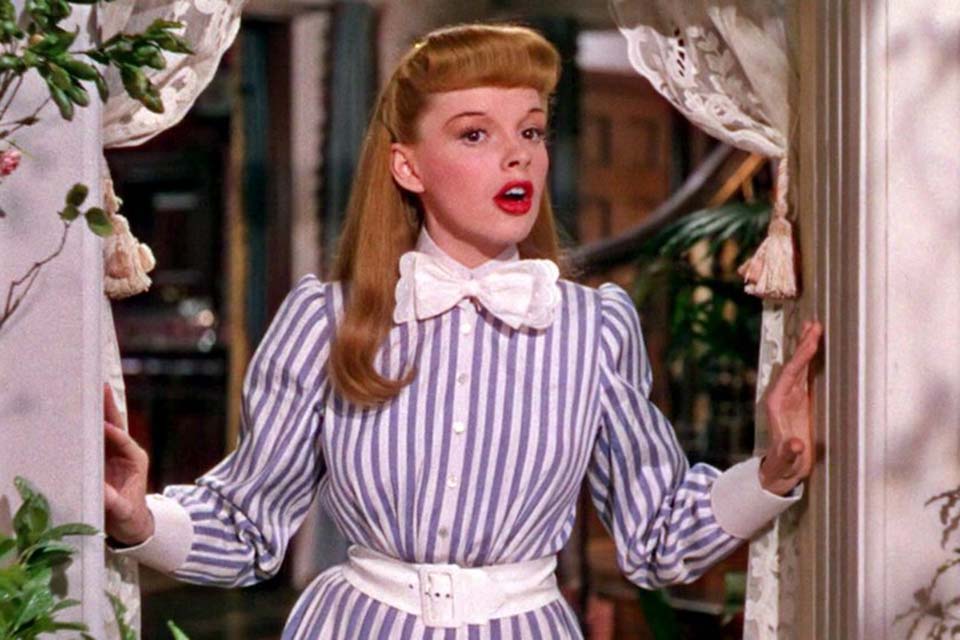 Though the script is not entirely factual in “Elizabeth: the Golden Age,” Brewer explains that the costumes are “for the most part an accurate representation of the time period,” with the main difference being that “the outfits in the film are cleaner than they would have been in the late 16th century.” A sequel to the 1998 film “Elizabeth,” this film earned costume designer Alexandra Byrne an Academy Award for Best Costume Design. Byrne’s career has mainly focused on creating costumes for period dramas, and you can see more of her work in “Finding Neverland,” “The Phantom of the Opera,” “Hamlet,” “Thor,” “Murder on the Orient Express,” “Mary Queen of Scots” and in the most recent adaptation of “Emma.” 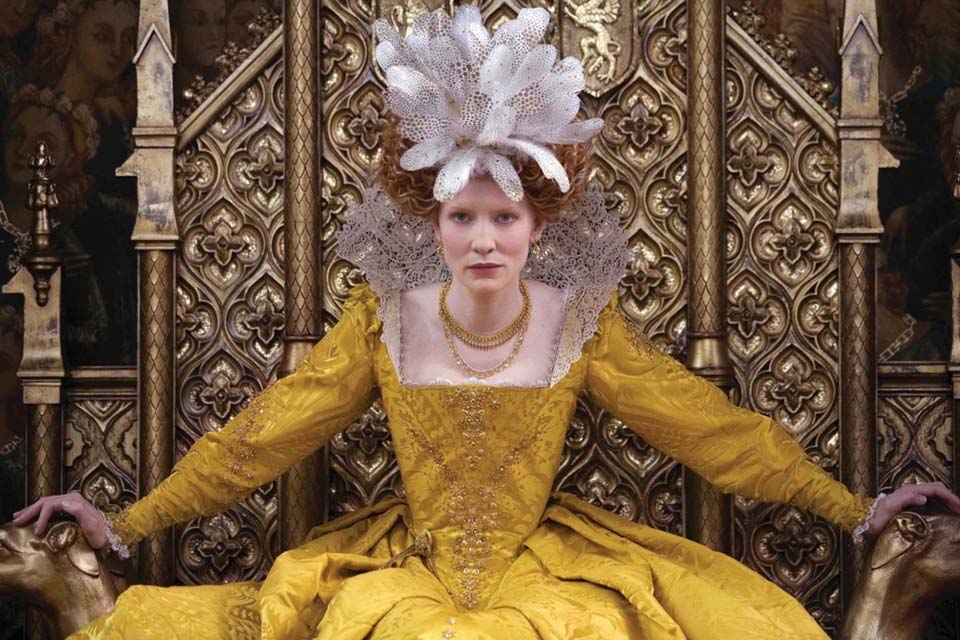 Cate Blanchett stars as Queen Elizabeth I in "Elizabeth: the Golden Age."

Brewer includes “Far from Heaven,” another notable film costume designed by Sandy Powell, because of her “incredible use of bold, beautiful color.” Set in 1950s Connecticut, the film follows housewife (Julianne Moore) as her life begins to fall apart. According to Brewer, Powell’s costume design is notable because “the costumes elevate the emotion of every scene” and she transforms a lavender scarf into “basically a character on it’s own.” You can also see more of Powell’s period costuming work in “Carol,” “Cinderella” (2015), “The Other Boleyn Girl” and “Orlando.” 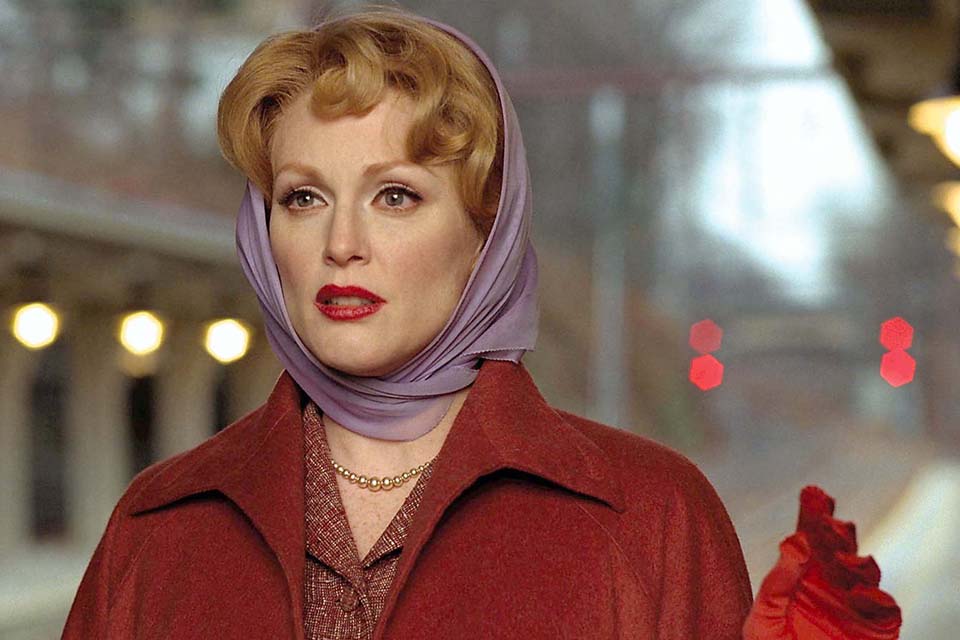 Julianne Moore, Dennis Quaid and Dennis Haysbert star in "Far From Heaven" set in the 1950s.

"Once Upon a Time"

Though “Once Upon a Time” might not be considered a historic television show in the traditional sense, Brewer includes this series because of the way costume designer Eduardo Castro “melds the worlds of fantasy, fashion and reality in a really seamless way.” Brewer notes that since the series “explores characters from several different perspectives” it gives the costume team a unique challenge and is a pleasure to watch. Castro’s work can also be seen in “Also Starring Pancho Villa as Himself,” “Ugly Betty,” “The Wedding” and “Bride and Prejudice.” Brewer adds that he is happy to get a chance to give Castro a shout out, as they were students together at Carnegie-Mellon University for Costume Design.

Nuture your passion for costume design.