Alumna Mary-Louise Parker won her second Tony Award for best actress for “The Sound Inside.” The 1986 graduate of the School of Drama previously won for best actress in 2001 for “Proof.” The 74th Tony Awards were held Sunday night, honoring the best achievements of the 2019-20 Broadway season. The ceremony was originally scheduled for June 2020 but was delayed due to the COVID-19 pandemic, which shuttered Broadway for a year-and-a-half. 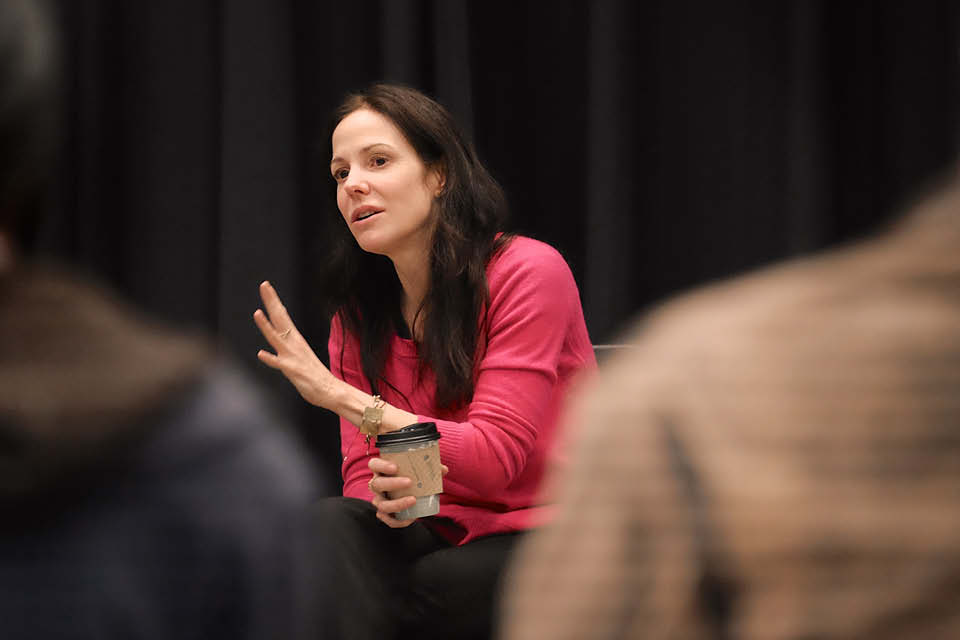 She is expected to return to Broadway as L’il Bit in “How I Learned to Drive” in April 2022.

Parker has often returned to UNCSA as a guest artist, most recently in 2016 to meet with students in the School of Drama. While on campus, she read from her New York Times Bestselling literary memoir, “Dear Mr. You,” a collection of letters to men who influenced her life and career. The book contains a letter to retired UNCSA Drama instructor Robert Francesconi regarding his rigorous movement classes.

Among other UNCSA connections to Tony Award-winning plays and musicals, alumna Paloma Garcia-Lee (H.S. Drama ’08) was in the ensemble of “Moulin Rouge” which won best musical.