Ilya Kozadayev has spent his entire life immersed in the world of ballet. He grew up in a family of dancers, then trained and danced professionally for years before making the transition to teaching and developing choreography. As ballet faculty in the School of Dance, Kozadayev teaches daily classes in ballet, partnering technique, character work and dance history while also coaching students for school dance concerts and external competitions. 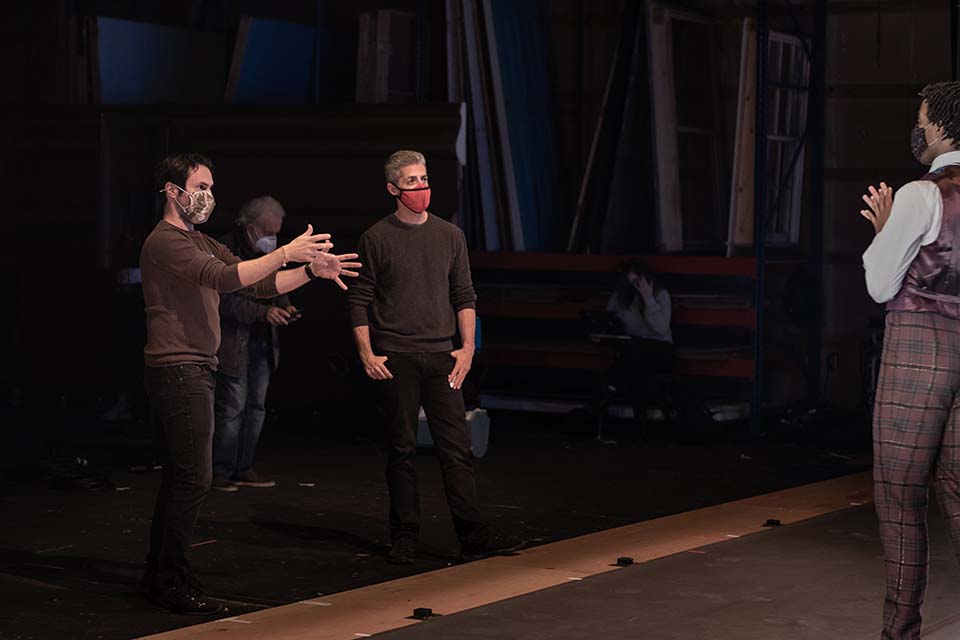 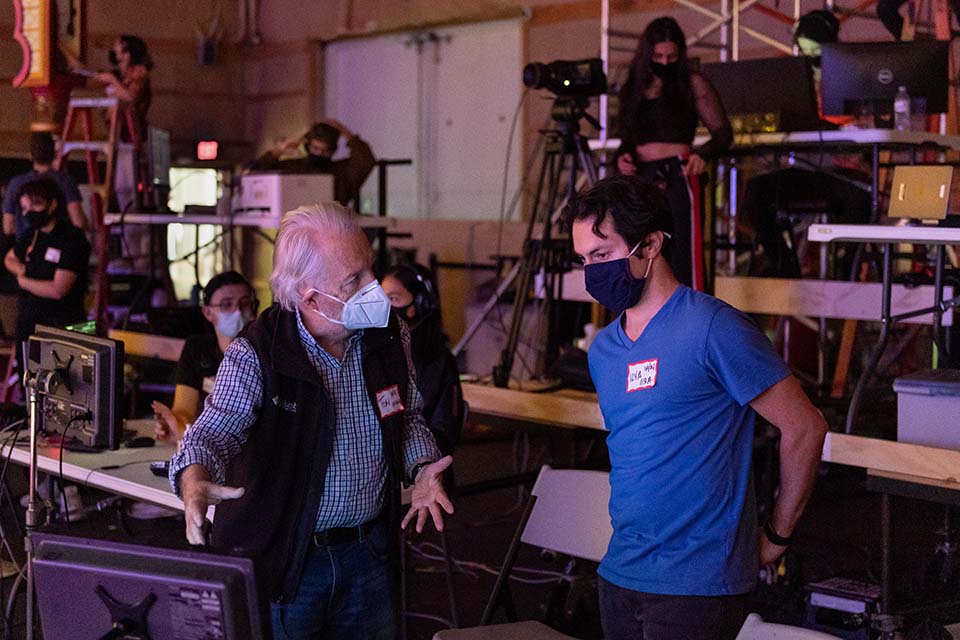 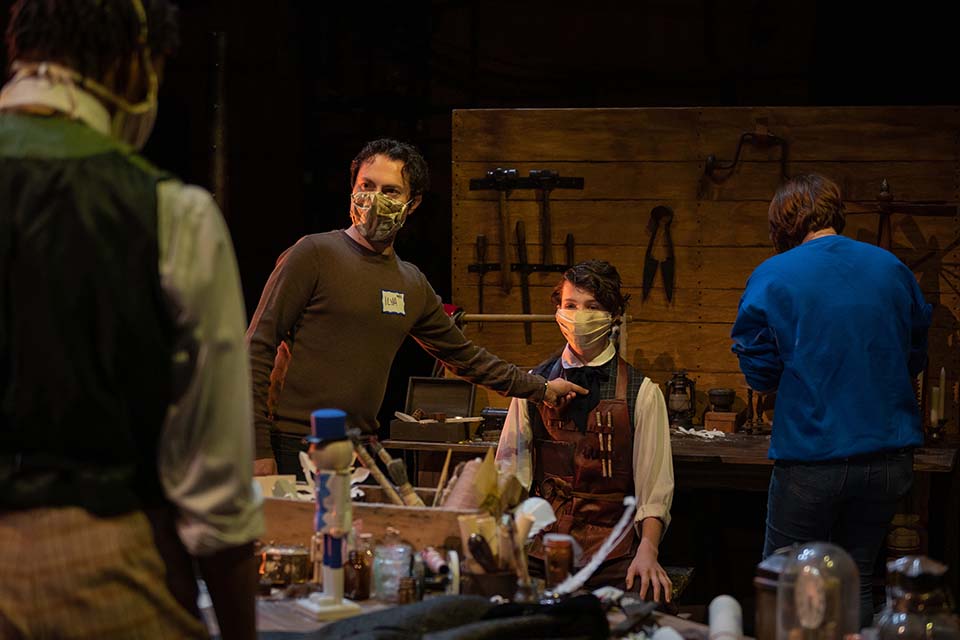 Recently, he has also taken up the role of choreographer and director for the annual production of “The Nutcracker,” a UNCSA tradition that dates back to 1966 and one of the biggest scholarship fundraisers of the year.

Kozadayev shares with us his inspiration for creating choreography for “The Nutcracker,” as well as a look into how he started his dance career and why he decided to call UNCSA home.

Kozadayev was first asked to choreograph for “The Nutcracker” in 2020, as the Schools of Dance, Design and Production, Filmmaking and Music collaborated on an abridged, filmed version of the iconic ballet that could be shared virtually with the UNCSA community and beyond. He also served as writer and co-director of the film, alongside then-Interim Dean of Dance Jared Redick.

Building off of the success of the film’s choreography, Kozadayev has been developing more new choreography for the production’s return to the Stevens Center stage this December. While some scenes will look familiar to audiences who watched the film, much of the choreography is brand new, never before seen — and includes the reintroduction of partnering. “Audience members should expect to see a lot of what they are familiar with in terms of sets, costumes and storyline, but this year we have choreography that is inspired by my own vision,” he explains.

The source of creative inspiration for artists can vary greatly from person to person. Kozadayev explains that while working on choreography for “The Nutcracker,” he consulted images and videos from nature. “As I was creating the waltz of the flowers, I would look at pictures of flowers and videos of petals falling and try to think of formations and movements that make the most organic sense to those natural elements,” says Kozadayev.

It is a privilege [to choreograph "The Nutcracker"] because it’s such an iconic work all over the world, as well as at UNCSA, and such an important work for our students and community.

Kozadayev adds that an additional challenge he experiences as a choreographer is staying true to the original work, storyline, and traditions of ballet while also staying true to his vision. “To blend all of those aspects together is a great challenge,” he adds.

Growing up in Russia with parents who were both ballet dancers and teachers, Kozadayev was inspired to begin dancing at a young age and received his early training at the prestigious Vaganova Ballet Academy in St. Petersburg. “I always wanted to imitate what my parents were doing on stage, since I was five or six years old — so it became my natural progression into dance,” recalls Kozadayev.

After immigrating with his family to the United States, Kozadayev continued his training at The School of American Ballet in New York City and with his parents at Academy of Colorado Ballet. He then moved to Germany, where he received a degree from the John Cranko Ballet Academy in Stuttgart. 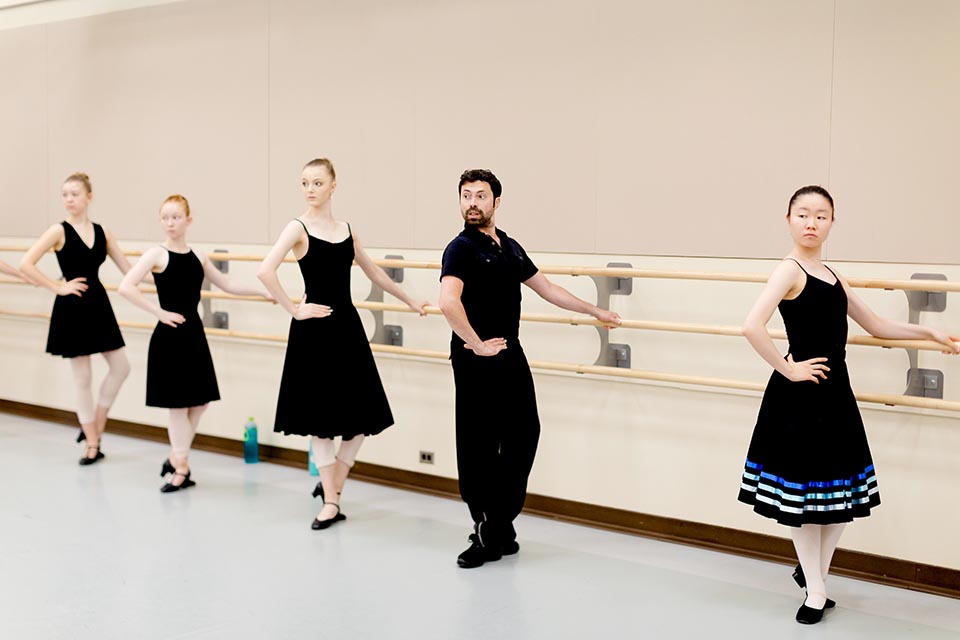 Upon returning to the U.S., Kozadayev worked and performed with several ballet companies across the country including Boston Ballet, Pittsburgh Ballet Theater, Colorado Ballet, Columbia Classical Ballet and Houston Ballet, where he was a soloist from 2003-13.

Toward the end of his professional dance career, Kozadayev started to move into the worlds of teaching and creating original works, though he wasn’t sure at first what his choreography would look like. “When I first started choreographing, I didn’t know if I would be any good at it,” he says. "But my first piece was picked up by the director of the company I was working for at the time, which was a huge opportunity for me.” This confidence boost led him to pursue an M.F.A. in choreography from Jacksonville University in Florida which he says opened the door to pursue a career in higher education.

After a brief stint working at the University of Oklahoma, Kozadayev saw a job posting for a ballet professor at UNCSA and knew he had to apply. “At every company I had worked with throughout my career, there was at least one UNCSA dance graduate, if not two or three,” he recalls, “so I knew the school had a reputation for training great dancers and I wanted to be a part of that.”

Since joining the School of Dance faculty, Kozadayev has taught classes, coached numerous students and choreographed original works that have premiered at UNCSA. He describes his teaching style as ‘open-minded,’ explaining that, “especially when you are talking about ballet which has so many rules, traditions and limitations, I think it’s important to be open-minded as we’re moving forward in the art form.” 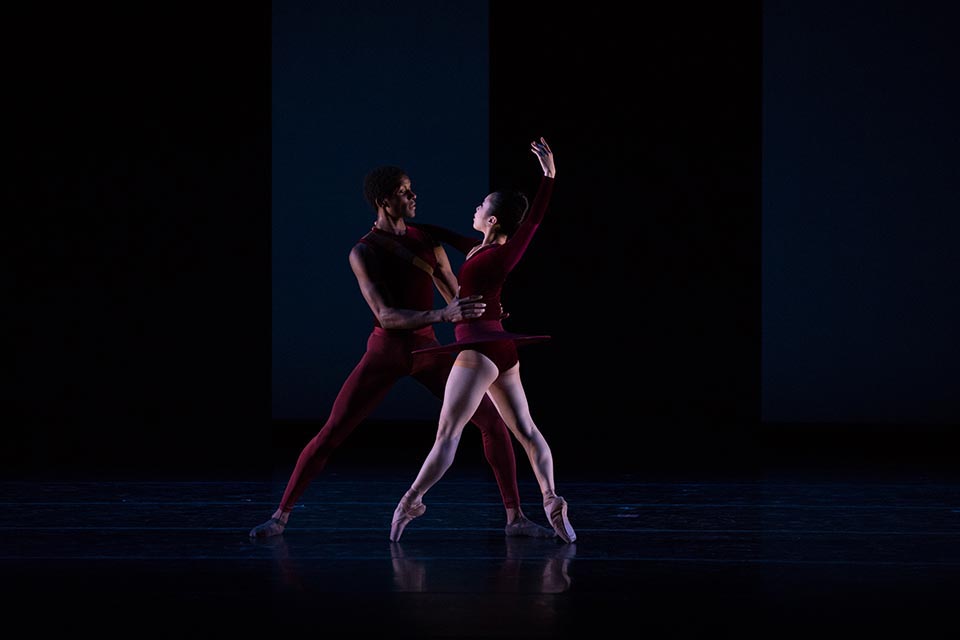 Kozadayev says he doesn’t have a particular choreographic style and that it all depends on “what I’m trying to say in each individual piece.” One of his original contemporary ballet pieces, “Dream(s)pace…,” premiered at Winter Dance 2019 and was performed at the Koch Theater, Lincoln Center in New York City, as part of the Youth America Grand Prix 20th anniversary Gala.

In order to teach and create works that are impactful, Kozadayev believes it is important to be clear with his students and dancers about what he’s trying to achieve choreographically while also being transparent about the process in the studio: “I believe being as open and transparent as possible leads to a really positive relationship with students and dancers, and results in an enriching experience for everyone.”