"The Nutcracker" was filmed during the fall semester at UNCSA. / Photo: Peter J. Mueller

The University of North Carolina School of the Arts (UNCSA) today releases an all-new version of "The Nutcracker" reimagined for film, on demand for free online as well as on YouTube and Facebook.

The 30-minute film features alumnus Anthony Santos (B.F.A. Dance ’17) of the Dance Theatre of Harlem in the expanded role of the magical Drosselmeyer, new choreography by faculty member Ilya Kozadayev and a  prologue read by distinguished actress Rosemary Harris. Conceived and created safely for the COVID-19 era, the production is a collaboration among more than 300 students, faculty, staff and alumni.

The film represents the 55th consecutive year UNCSA has presented "The Nutcracker," and the first ever film version reaching audiences worldwide. Leveraging the institution’s unique position as a conservatory with five nationally recognized arts schools, the classic work was adapted through the imagination and expertise of the schools of Dance, Design & Production, Filmmaking and Music.

Our reimagined ‘Nutcracker’ is an example of how this unique school is continuing to bring art and creative expression into the world at a time when it is so desperately needed.

"This semester at UNCSA has been like no other in our history,” said UNCSA Chancellor Brian Cole. “Our reimagined ‘Nutcracker’ is an example of how this unique school is continuing to bring art and creative expression into the world at a time when it is so desperately needed. It illustrates how UNCSA is finding innovative ways to provide gifted emerging artists with the experience, knowledge and skills to excel in their disciplines, preparing them to shape the future of the arts industry."

Visual effects created by the nationally ranked School of Filmmaking, under the direction of faculty member Bob Keen (“The Empire Strikes Back,” “Superman,” “Alien”), and with cinematography directed by faculty member Thomas Ackerman A.S.C. (“Beetlejuice,” “Christmas Vacation,” “Jumanji”) bring the story to life and create a magical world only possible on the screen.

Acclaimed guest artist Karin Hendrickson conducts an abridged version of Tchaikovsky’s score performed by the UNCSA Symphony Orchestra, recorded on UNCSA’s film scoring stage in socially distanced sections and edited together by students and faculty in the top-ranked film music composition program under the direction of alumnus Chris Heckman.

“It is critical during this unprecedented time that we teach our students how their industries have adapted to the pandemic,” said Interim Dean of the School of Dance Jared Redick, who graduated from the high school program in the School of Dance and is a longtime director of the UNCSA “Nutcracker” theatrical production, recognized by Dance Teacher Magazine as one of the nation’s best. “We have adopted industry standards in every aspect of this production, from socially distant performance by dancers and musicians, to health and safety protocols for filming and postproduction, to incorporating face coverings into costumes,” he said. 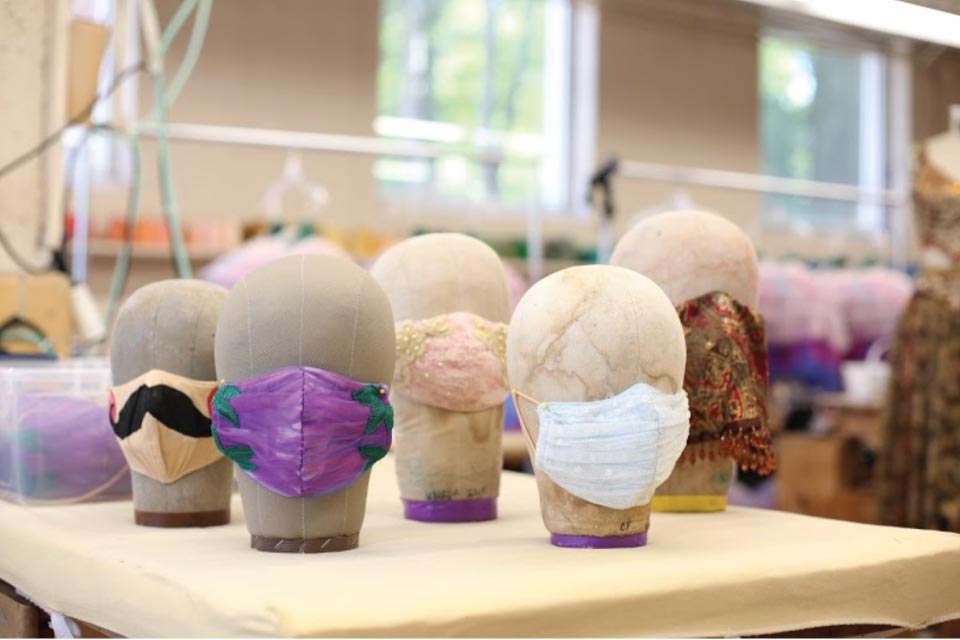 “The Nutcracker” film flows from our present time into the magical holiday realm of Godfather Drosselmeyer on Christmas Eve. Audiences will find favorite scenes and characters from the traditional stage production. “Through the battle between the Nutcracker Prince and the Mouse King, across the Land of the Snowflakes, and into the Sugar Plum Fairy’s Kingdom of the Sweets, viewers are transported through this boundless story of optimism and revelry,” said Redick.

Kozadayev said his challenge was to maintain the traditional classical language in new choreography while keeping the dancers safe and as socially distant as possible. “It’s been a challenge with the way the world is now and the restrictions we have,” he said. “I’m excited that our students are getting to have the ‘Nutcracker’ experience even in these difficult times for live performance.”

Headlining the student cast is Eleanor Broughton as the Sugar Plum Fairy. A high school junior, Broughton was recently accepted for the Prix de Lausanne 2021, a prestigious international ballet competition for dancers aged 14-19. 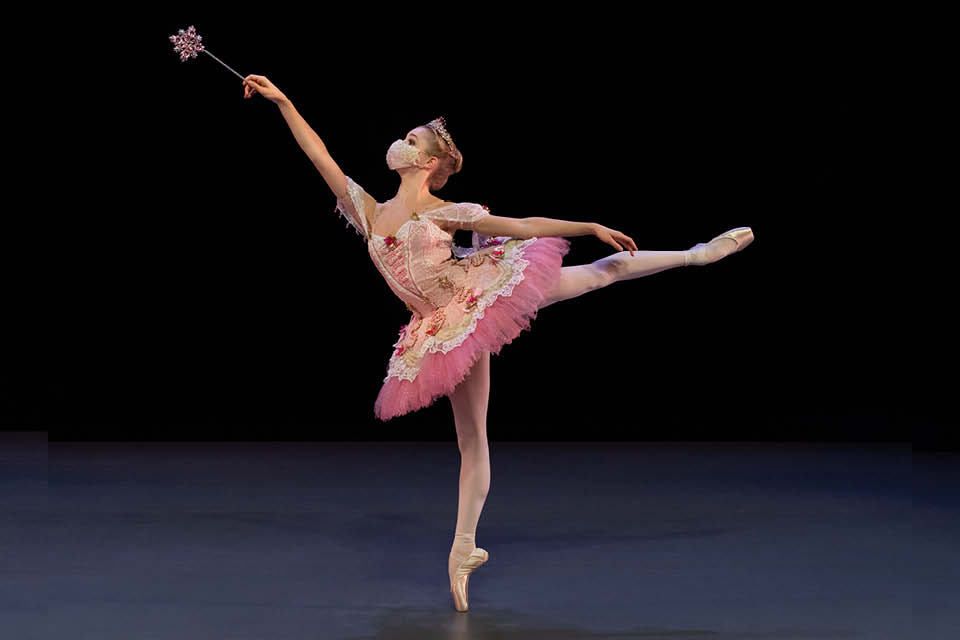 "The Nutcracker" film had its world premiere at a virtual Opening Night Scholarship Benefit on Dec. 12, raising funds for student scholarships at UNCSA.

UNCSA first performed “The Nutcracker” in 1966, one year after opening its doors as the nation’s first public arts conservatory, and has performed it annually since then, most recently at the Stevens Center in downtown Winston-Salem. The first production was choreographed and directed by School of Dance founding Dean Robert Lindgren and his wife, Sonja Tyven, who was on the faculty. In 2009, UNCSA introduced all-new choreography by then School of Dance Dean Ethan Stiefel. Guest artists who have danced in the production include American Ballet Theatre principal dancer and UNCSA alumna Gillian Murphy, Julie Kent, David Hallberg and Charles Askegard, among others.