“You’re not going to be a businessman or mathematician, you’re going to be an actor,” a drama teacher once told Matías De La Flor (B.F.A. Drama ’22) during his sophomore year of high school. “It’s what’s in your heart, but you just don’t know it yet.” Now finishing up his fourth year in the School of Drama, De La Flor is making that prediction come true as he pursues acting, content creation and playwriting professionally after graduation.

During his time at UNCSA, De La Flor has performed in various Drama productions including “Heathers,” “Three Sisters” and “Our Lady of 121st Street,” as well as in the “Henry V” radio play. 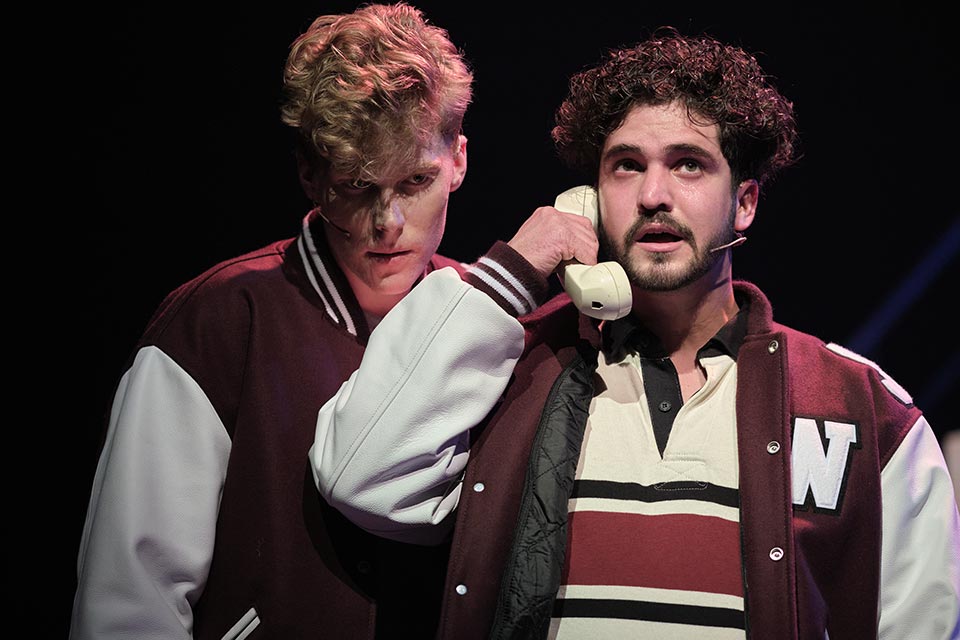 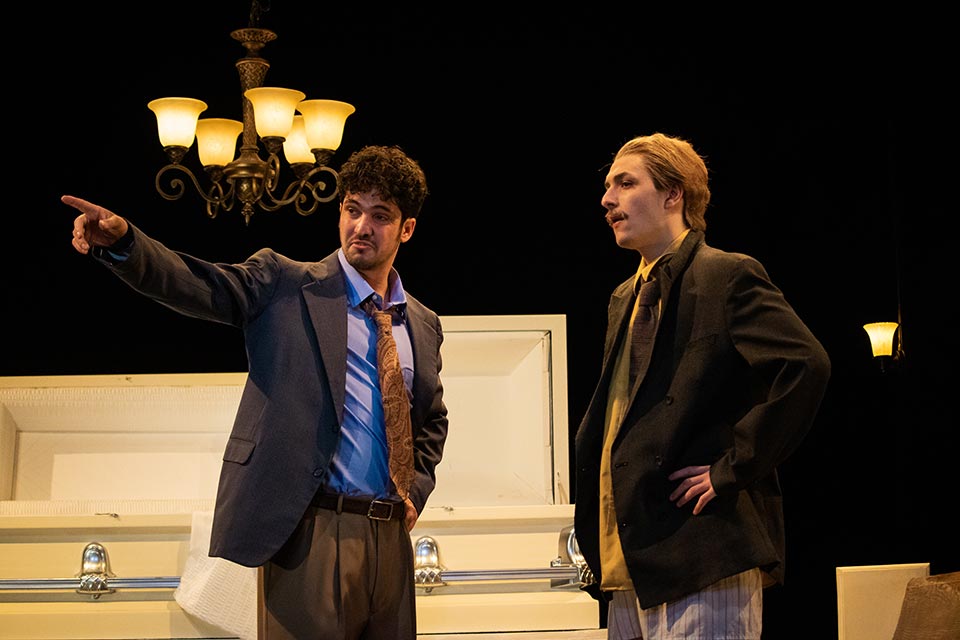 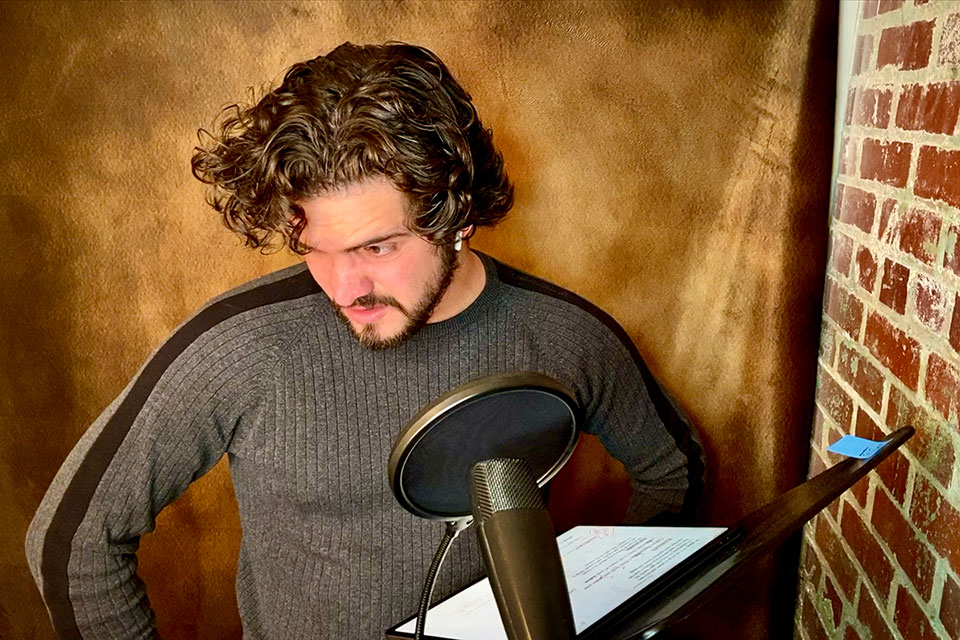 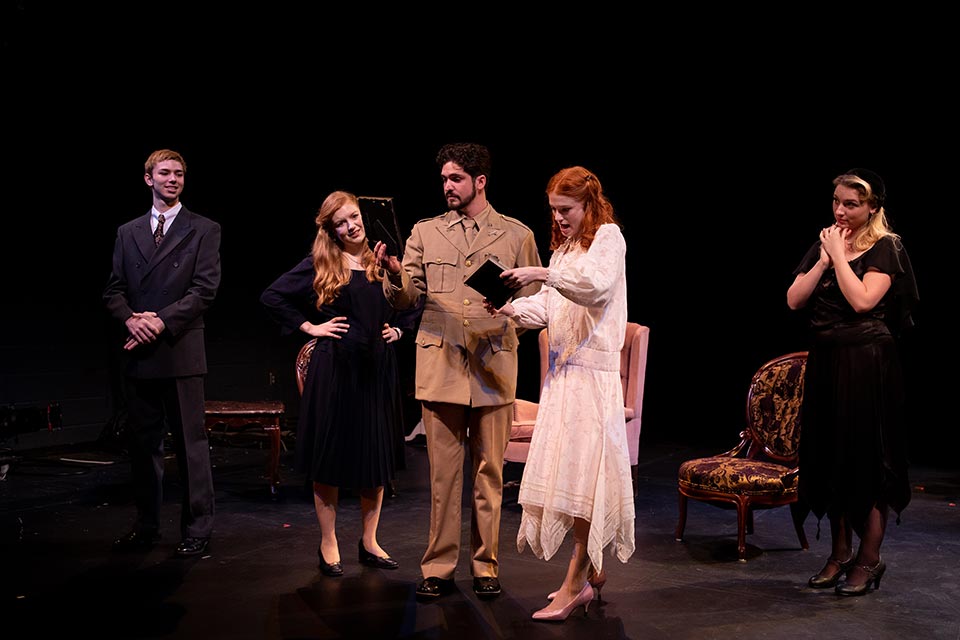 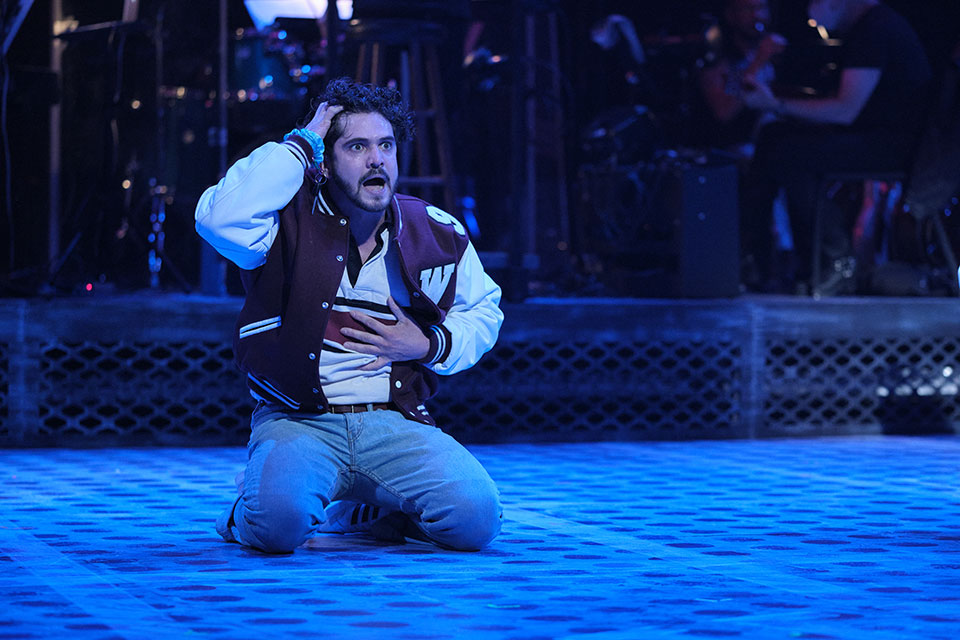 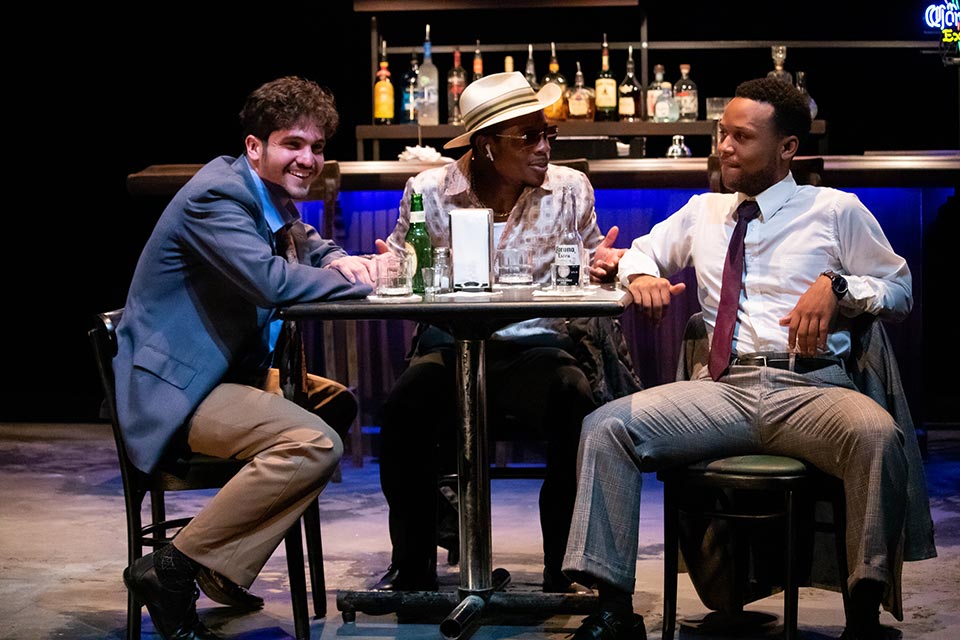 Outside of school productions, he has worked for years on a translation of “Romeo and Juliet” that utilizes both Shakespeare’s original version as well as Pablo Neruda’s Spanish translation. De La Flor’s version, “Romeo y Julieta Limeño,” is based in his home country of Peru where the two families own competing restaurants — a commentary on how food can bring people together. What started as a project during a devised theater class and Intensive Arts will now be his playwriting debut that will be produced by the North Carolina Black Repertory Company and premiere July 23, 2022, in downtown Winston-Salem during the National Black Theatre Festival.

Discovering a love of acting

A native of Lima, Peru, who moved to Florida with his family at the age of five, De La Flor first discovered acting while in middle school during a compulsory production of “The Little Mermaid” in which he played King Triton. After seeing his performance, his mom and sister encouraged him to join his middle school drama club. “Initially I was hesitant because I was always interested in sports and had it in my head that athletes and acting don’t mix,” recalls De La Flor. However, he realized that he was passionate about performing and proceeded to be a part of the drama club and later took drama classes throughout most of high school.

During his sophomore year he decided to take a break from drama class, referring to it as the “worst year of my high school experience” because he didn’t have the creative outlet that he had come to love. “I returned to class my junior year after my teacher helped me to realize how passionate I was about acting. At the end of that year I declared to my friends that I wanted to pursue acting as a career,” says De La Flor.

That same drama teacher encouraged him to look into the Florida School of the Arts (FSA), a two-year college that offers associate degrees in various performing and visual art fields. He only applied to that school and was awarded a full scholarship to attend. “When studying at FSA I learned the fundamentals of the craft and what it was to train your brain, voice and body,” he explains.

[A guest artist] referred to [Dean of Drama Scott Zigler] as ‘the best acting teacher in the country,’ so I knew that was where I wanted to be.

It was during a guest artist visit that he was set on the course of applying to UNCSA. During the visit, Monet, an FSA graduate, suggested that he look at UNCSA because she had studied under Dean of Drama Scott Zigler in the acting program at the American Repertory Theater's Institute for Advanced Theater Training at Harvard University. “She referred to him as ‘the best acting teacher in the country,’ so I knew that was where I wanted to be,” De La Flor says. After working on his audition for a year with his teachers, he was accepted into the program as a member of the class of 2022.

A passion for storytelling

“From the moment I arrived at UNCSA, I felt lucky to be surrounded by such an amazing and talented group of people,” recalls De La Flor. From the students to the faculty and staff, he believes that everyone has been an inspiration to him during his time here. But he gives a special shout out to Sara Becker who teaches Shakespeare, Voice and Dialects saying, “she makes you not only a better actor, but a better person by the way she conducts herself.” De La Flor adds that Zigler’s first year class is when he first experienced the craft of acting on “a whole other level” and made him feel sure he had chosen the right school.

Outside of acting and playwriting, De La Flor has also explored filmmaking through documentary projects: one followed the process of rehearsing and recording the “Henry V” radio play, and another called “Rico: An Exploration of Latin Culture in North Carolina” explored immigrant culture through the lens of food. Throughout all of his creative endeavors — be it acting, playwriting or filmmaking — De La Flor says that he is “first and foremost a storyteller.” 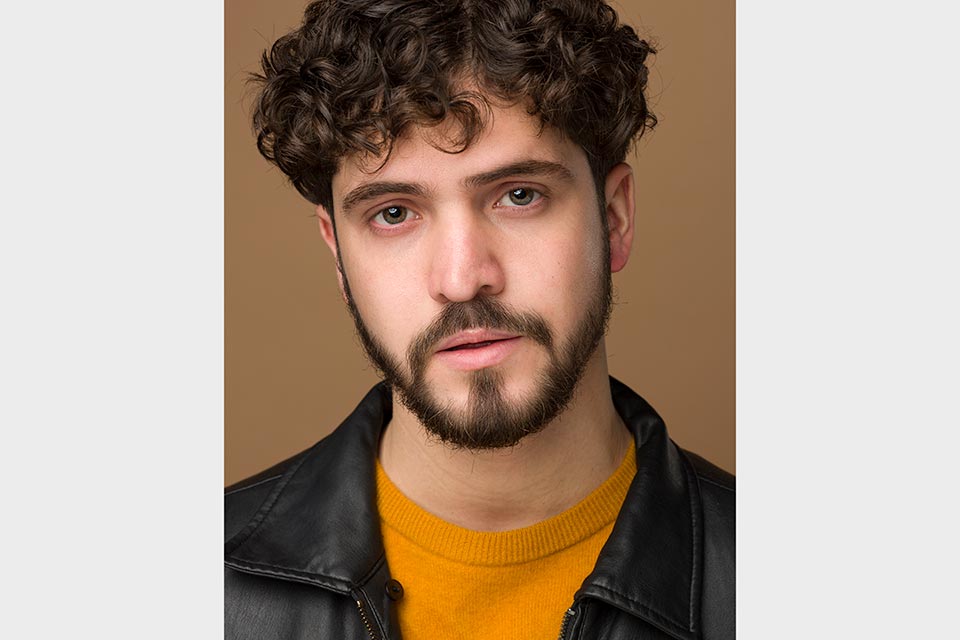 Within the entertainment industry, De La Flor lists fellow Latin Americans Lin Mauel-Miranda, John Leguizamo, José Rivera and Oscar Isaac as well as Denzel Washington and Bradley Cooper as some of his biggest inspirations. He particularly notes that seeing Manuel-Miranda’s “In the Heights” for the first time was a transformative experience because “it showed a sense of belonging in a show that I didn’t know could exist, and showed Latinx people in a three-dimensional way.” It was also the first time he realized that there could be acting opportunities for people who speak Spanish, and says before seeing that show he “always thought that those would have to be two separate parts of me.”

In reflecting upon his four years, he says that the biggest advice he would give to current and incoming students is to “learn to understand when to take space and when to give space” and “don’t wait for permission.” Looking ahead to what his career may bring, De La Flor hopes to be able to continue to tell stories that feel true to him and that can make a positive impact on the next generation of actors and creators.