Each year, more than 8,000 students audition for fewer than 3,500 positions in top-tier DCI member corps. More than 400,000 fans attend live drum corps events. Peykamian’s corps, Carolina Crown, is based out of Charlotte, North Carolina, and travels around the country for three months each summer, performing in nearly 30 cities.

The DCI World Championships are held in Indianapolis, Indiana, each August. Carolina Crown has placed in the top 10 for the last 14 years and claimed the number three overall spot in 2016. 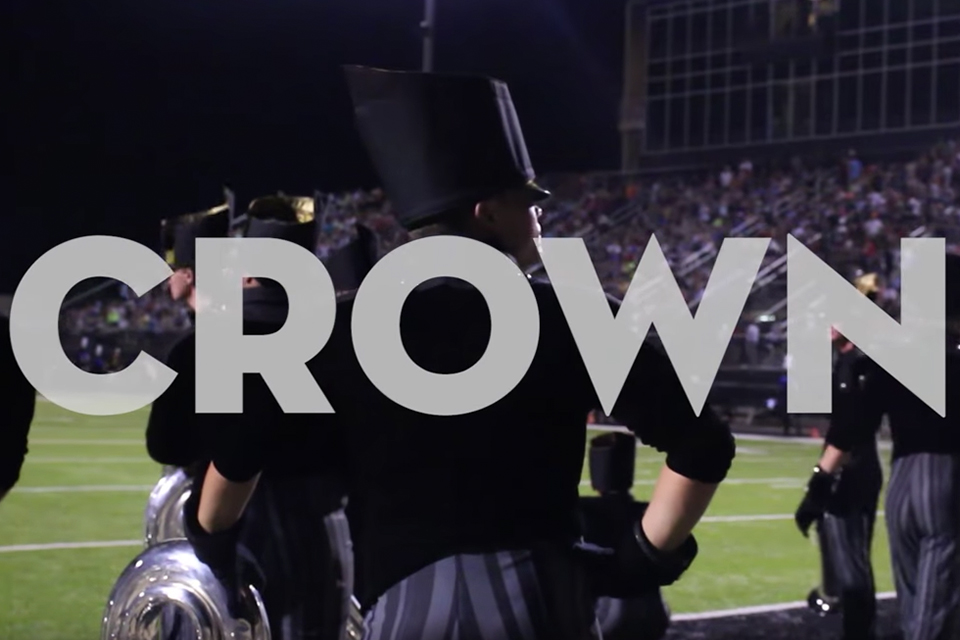 “We had 150 colorguard, hornline and percussion members, with approximately 50 volunteers and staff with us at any given time. We lived in busses, ate out of a food truck and slept on high school gym floors.”

Peykamian stays in the thick of the action, but you won’t see her with a trumpet or flag in her hand. Instead, she has a camera.

“I’ve tried to get the corps to call me ‘Media Queen of All Things,’ but it hasn’t caught on yet,” she says. 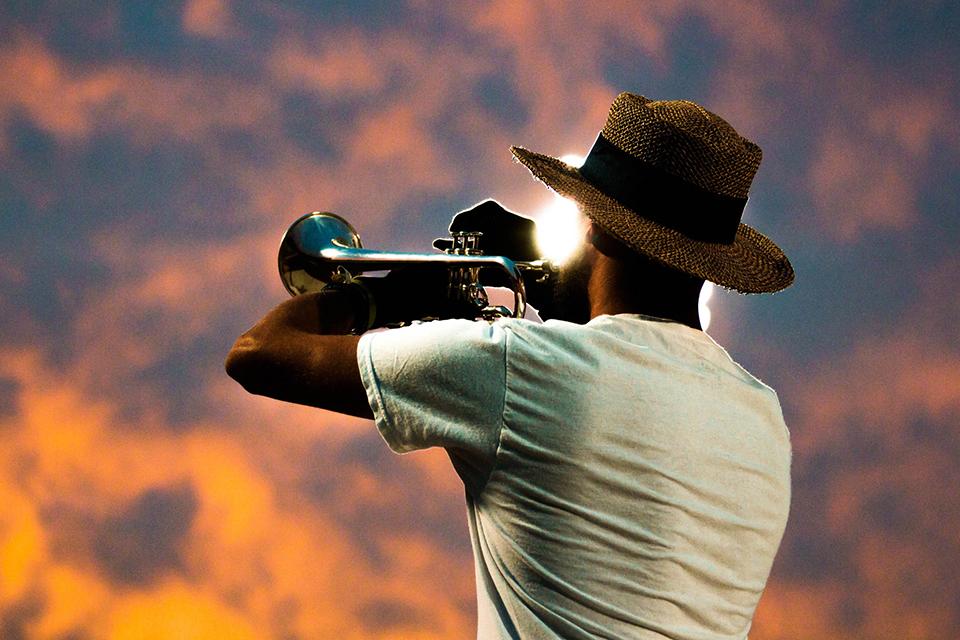 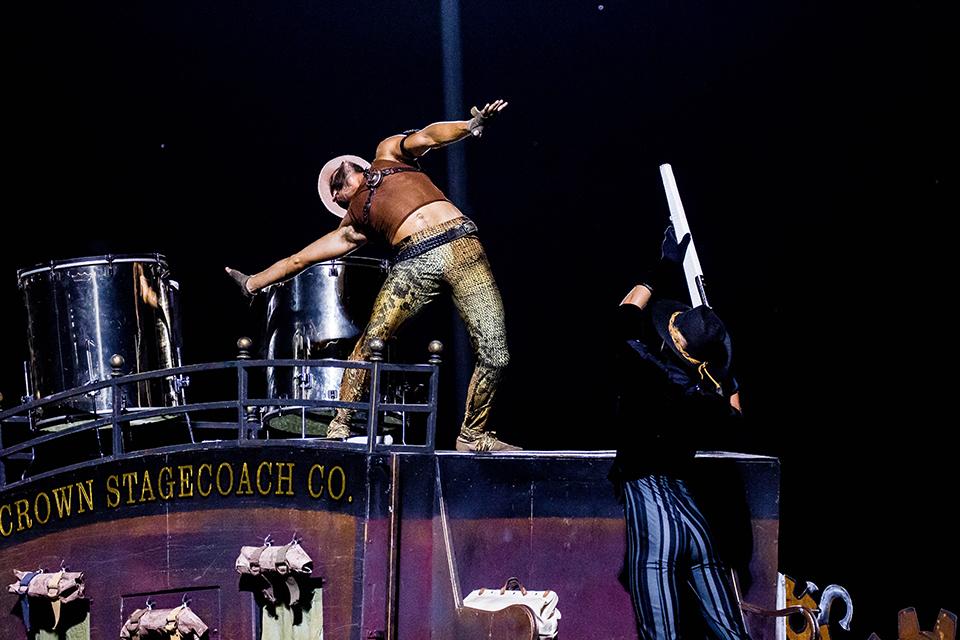 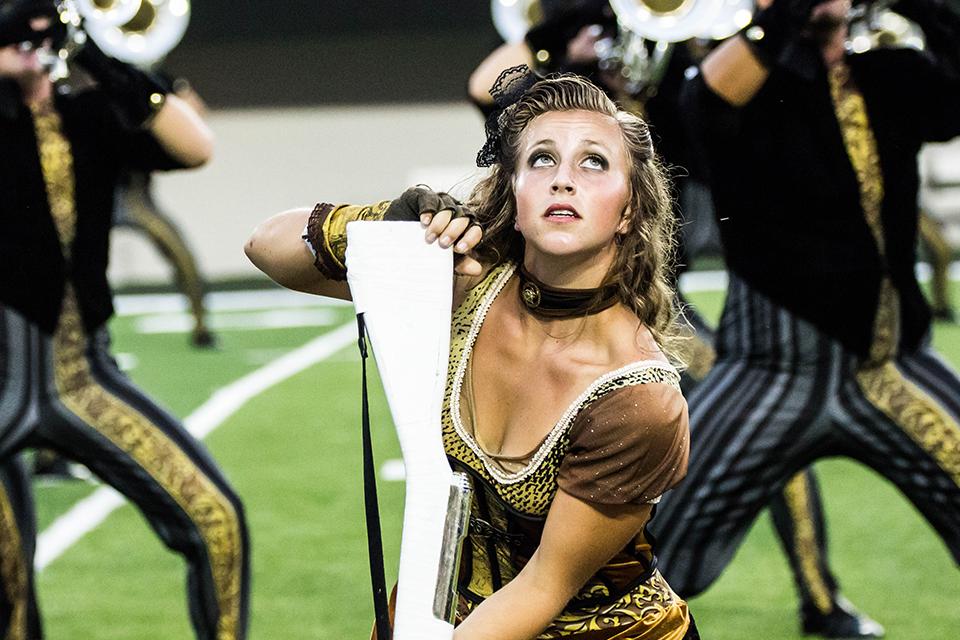 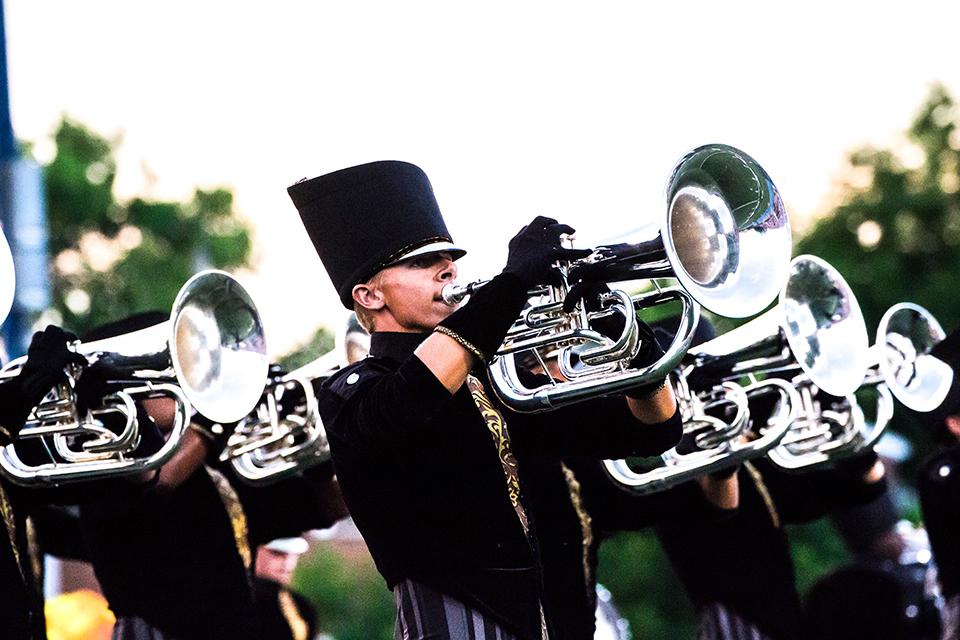 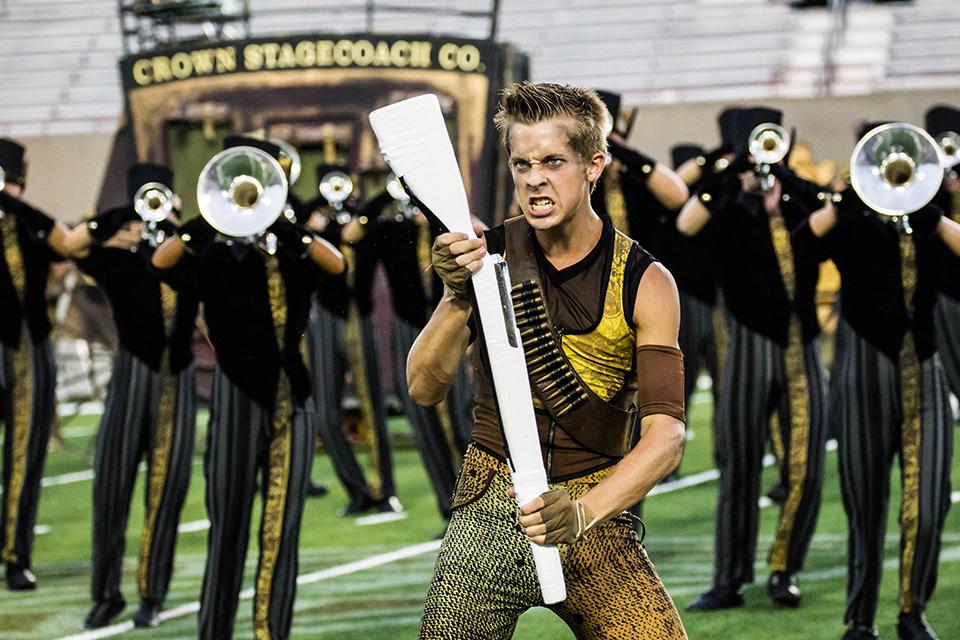 Peykamian first joined Carolina Crown in summer 2015 as a videographer, producing documentary-style short films. For 2016, she moved into an additional role of social media manager, posting daily to Facebook, Twitter and Instagram and live streaming on Periscope. She also acted as photographer, submitting images to be used for marketing and advertising.

Peykamian, who is studying in the Editing & Sound Design and Cinematography departments, remembers her proudest moment on the job last summer. Assuming her work would be displayed on the Carolina Crown website, it was a shock to see her films used at a live competition. “I showed up to BB&T Field at Wake Forest University to see my films being played on a screen bigger than the side of my house,” she recalls. “That was the first time I’ve ever shown my work to an audience that large, on a screen that big. My heart practically burst with excitement.”

I showed up to BB&T Field at Wake Forest University to see my films being played on a screen bigger than the side of my house. That was the first time I’ve ever shown my work to an audience that large, on a screen that big. My heart practically burst with excitement.

Constant travel is demanding for the Carolina Crown staff, and Peykamian must be quick on her feet – a skill she attributes to her UNCSA classes. “They’ve made me so much more efficient at my job – from editing faster, to knowing more about my craft to being able to manage my time efficiently.”

Though her summers are happily spent on a tour bus, Peykamian already has her sights set on Los Angeles for post-grad life. “I’d love to live out in L.A. and edit documentaries,” she says. “But every day at UNCSA I learn something new that I enjoy … it wouldn’t shock me if I end my time here with a whole new dream.”