A graduate of the School of Design and Production at the University of North Carolina School of the Arts (UNCSA) is a Princess Grace Award winner.

Christopher Annas-Lee is a 2014 graduate of the School of Design & Production.

Lighting designer Christopher Annas-Lee, who graduated with a B.F.A. in 2014, won a prestigious Theater Fellowship for his work with Gala Hispanic Theatre in Washington, D.C., where he is resident lighting designer. The awards were announced last week by the Princess Grace Foundation-USA and will be awarded at a ceremony in Beverly Hills, Calif., on Oct. 17.

The Princess Grace Foundation-USA was founded 35 years ago by Prince Rainier III of Monaco to honor his wife, Princess Grace Kelly. The foundation has awarded nearly 800 emerging artists with more than $14 million in scholarships, apprenticeships and fellowships.

Annas-Lee also won a 2015 Helen Hayes Award for Excellence in Theatre for “Yerma” and was nominated in 2016 for “Cervantes,” also at Gala Hispanic Theatre.

In just three years since earning his degree, Christopher has made his mark in a very vibrant and competitive theater scene in our nation’s capital.

“We love to see our talented alumni recognized with prestigious honors like the Princess Grace Award,” said Dean of Design and Production Michael J. Kelley. “It is testament not only to their talent, but also to the hard work and professionalism that we instill from the day they step foot on campus.”

“In just three years since earning his degree, Christopher has made his mark in a very vibrant and competitive theater scene in our nation’s capital,” Kelley continued. “I cannot wait to see what he does next.” 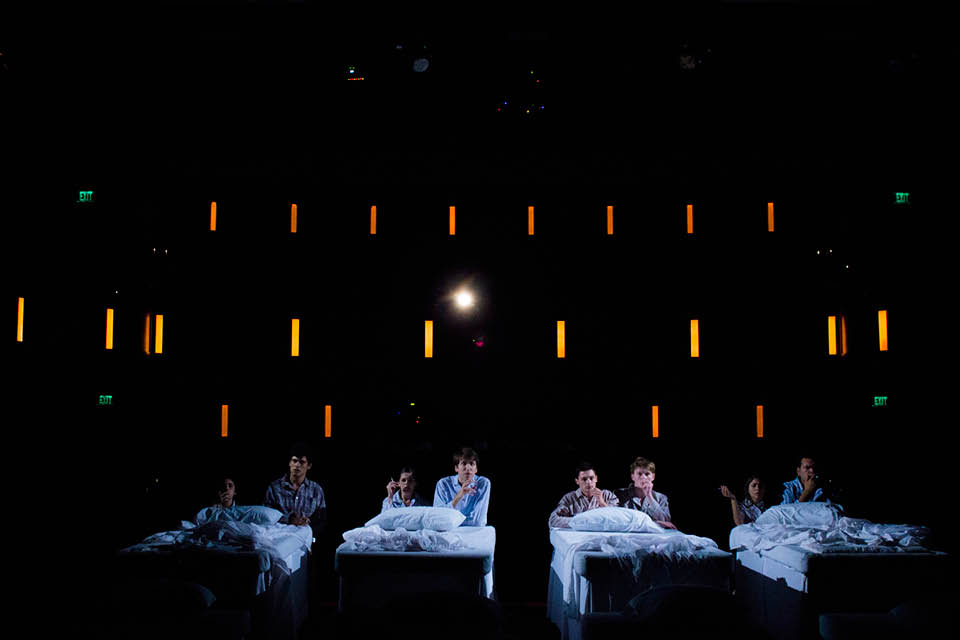 After graduating from UNCSA, Annas-Lee was a William R. Kenan, Jr. Design Fellow at the John F. Kennedy Center for the Performing Arts in Washington D.C. He interned on Broadway for alumnus J.T. Rogers’ Tony Award-winning “Oslo,” with Winston-Salem native Howell Binkley and alumnus Ryan O’Gara on “Hamilton” and “A Bronx Tale,” and for “She Loves Me.”

Annas-Lee is also the co-founder and resident designer for The Circuit Theatre Company in the Boston area. Of his recent design work on “American Muskrat” for Circuit, the Boston Globe wrote “… Christopher Annas-Lee’s evocative lighting … really makes this script sing.”