As you cruise down Interstate 40 towards Winston-Salem, a large sign welcomes you to “the city of arts and innovation.” With a relatively small population of 242,000, Winston-Salem might seem quiet at first glance—but the historic city is highly regarded for celebrating the arts.

The UNCSA School of Drama was recently ranked by The Hollywood Reporter as the No. 5 best undergraduate drama school for an acting degree, and is recognized for its “great track record for finding its grads agents and managers.” How does UNCSA’s location in Winston-Salem contribute to its distinction as one of the best acting schools? Alumnus Quin Gordon, the School of Drama’s Director of Recruitment, has some thoughts:

Many organizations in Winston-Salem are aligned with the interests of UNCSA student-artists: from the Reynolda House Museum of American Art, the Southeastern Center for Contemporary Art and the Sawtooth Center for Visual Art to the Peppercorn Theatre at Kaleideum—where arts and theatre appreciation are passed on to the city’s youth.

“Being in a small, livable city like Winston-Salem is really conducive to the work we do in the School of Drama,” says Gordon. “Our typical student’s day starts at 8 a.m. and runs until 11 p.m. or later—so there really isn’t time for much else other than conservatory training.”

In comparison to studying drama in larger cities like New York or Los Angeles, UNCSA students are able to focus on their art when it matters most and enjoy Winston-Salem’s many outlets to express or enjoy art during valuable down time.

Bringing the buzz to North Carolina

“The heart and idea of the school has remained unchanged since its inception, but the industry has changed. Our job here as teachers is to keep up with our rapidly changing industry,” says Gordon.

Having industry professionals as teachers with strong ties to the New York and Los Angeles hubs allows for a removed observation and specificity when crafting the curriculum every year.

“It’s no longer only about auditioning for the regional theatre when you graduate from UNCSA; now alumni are doing things like being a day player on ‘Law & Order,’ while auditioning for an off-Broadway play, while writing their own web-series on the side, while doing motion capture on a video game for a couple days,” says Gordon. “It’s much more multi-platform... the life of an artist today.”

To reinforce the School of Drama’s teachings, leaders in the industry—award-winning directors, esteemed alumni and talent agents—come to Winston-Salem each year. 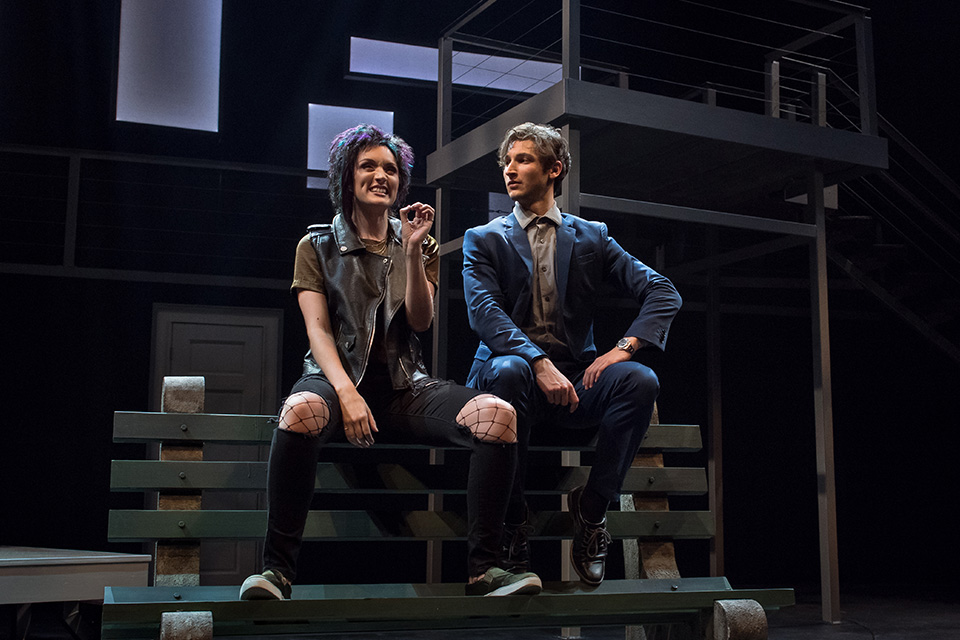 After directing “Guys & Dolls” for UNCSA in 2015, guest director Gus Kaikkonen returned in the fall to lead the musical “Company.” Kaikkonen is an established off-Broadway director and actor having most recently directed the New York revival of Stanley Houghton’s “Hindle Wakes.”

A community of support in the Triad

“When the proposal was set forth to create a ‘Juilliard of the South,’ cities throughout the state lobbied for School of the Arts to be established in their city,” Gordon explains. “Winston-Salem was able to raise $1 million dollars in just a few days through a dial for dollars campaign to keep the school in this town.” That support and appreciation for the arts has continued for more than half a century.

Each year Drama students are selected to perform with Triad Stage regional theatre. In December, seniors Everett Graham and Gabriel Kane starred in Triad Stage’s “A Christmas Carol” in more than 40 performances.

UNCSA also participates in an annual collaboration with the North Carolina Symphony. Last spring, 23 students from the School of Drama and the School of Music performed in “Pirates of Penzance” at both the Meymandi Concert Hall in Raleigh and at the Wilson Center of Cape Fear Community College in Wilmington.

These real world performance opportunities extend the students’ voices further than the UNCSA stage early in their careers, which in turn builds their confidence and a better résumé upon graduation.

When you’re on campus at UNCSA, you are surrounded by other artists.

“At Carnegie Mellon you might be rooming with a computer scientist or an athlete; here every student, every faculty member, even many of our staff come from an arts background,” says Gordon.

This family of artists not only provides a safe haven, but also an area conducive to artistic collaboration and critical examination of one’s self and one’s work. UNCSA’s unique location in Winston-Salem allows for this close-knit community to continue to thrive year after year.

Join us in Winston-Salem, N.C.