University of North Carolina System Interim President Bill Roper has announced the appointment of Brian Cole as interim chancellor of UNC School of the Arts. The appointment will be effective August 1, 2019. 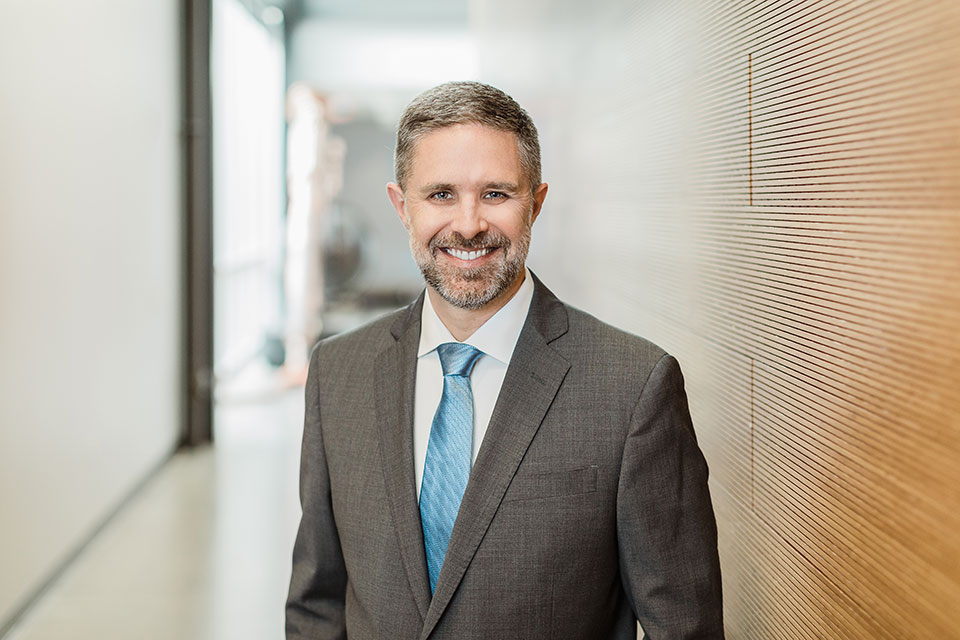 “Brian Cole’s impressive international background in the arts and his leadership experience made him the ideal candidate to step in and lead UNCSA,” Dr. Roper said. “Throughout this selection process, I found Brian’s reputation and professionalism to be of the highest caliber, and many stakeholders at UNCSA have reached out to offer enthusiastic support for this appointment. Brian is an innovator, collaborator and deep thinker, and I have the utmost confidence that he will succeed in this new interim position.”

Brian is an innovator, collaborator and deep thinker, and I have the utmost confidence that he will succeed in this new interim position.

Since 2016, Cole has served as the dean of the School of Music at UNCSA. In that capacity, he oversees operations at the school and all programs at the graduate, undergraduate and high school levels, as well as the Summer Intensive Programs and the UNCSA Community Music School. In addition, he has served as the executive director for two pre-professional graduate institutes at the school: the A.J. Fletcher Opera Institute and the Chrysalis Chamber Music Institute.

“I’m honored to be stepping into the role of interim chancellor at UNCSA, an institution I so strongly believe in,” said Brian Cole. “In my position as dean of the School of Music since 2016, I have been continuously inspired by the level of talent and dedication of the students, alumni, faculty and staff throughout this unique institution, and by the collaborative and creative ethos that permeates the school. I look forward to working closely with our Board President Ralph Womble, the Board and administration to propel the school forward during this time of transition, in particular supporting UNCSA’s first comprehensive campaign in 20 years, which launches publicly this fall. This is a transformative time for UNCSA and I look forward to continuing the momentum.”

In collaboration with the Vice Chancellor for Advancement at UNCSA, Brian Cole has served as the lead for advancement projects for the School of Music. Under his leadership, the School has doubled merit-based scholarship resources through major gifts totaling $4 million, and has achieved a 150 percent increase in applications.

Additional accomplishments as dean include developing the first-ever strategic plan for the School of Music, which establishes ambitious five-year goals, including the expansion and integration of the UNCSA Community Music School, a revision and modernization of existing academic programs, and the creation of new graduate and undergraduate program options. Cole also developed international partnerships for the UNCSA School of Music with institutions in Germany, Austria, Spain, and a consortium of six universities and high schools in China.

Cole is an accomplished international conductor, leading orchestras and operas throughout the United States, Europe, South America and the Caribbean. He has served the Cincinnati Symphony Orchestra as conducting assistant and also as assistant conductor for the May Festival. He has also served as assistant conductor and director of education and outreach programs for the Cincinnati Chamber Orchestra, and as music director for the Concert Orchestra of the University of Cincinnati College-Conservatory of Music. Cole served four years as the founding dean of Academic Affairs at Berklee College of Music’s campus in Valencia, Spain. Before that, he served seven years as associate dean of Academic Affairs at the Puerto Rico Conservatory of Music.

At the Berklee College of Music’s Valencia Campus, the college’s first international campus outside of Boston, Cole oversaw all college programs, which included four graduate majors in Music Production, Technology and Innovation; Global Entertainment and Music Business; Scoring for Film, Television and Video Games; and Contemporary Performance. While there, he led a robust study abroad program for students on Berklee’s Boston Campus and other partner institutions, and he helped to design and implement an intensive summer study abroad program for students from around the world.

At the Puerto Rico Conservatory of Music, one of the largest schools of music in Latin America, Cole supervised graduate and undergraduate performance programs in classical, jazz, and Caribbean music. He also led a substantial curricular expansion, launching graduate degrees in classical, jazz, and Caribbean music performance, orchestral and choral conducting. He was also integral in the development of international exchange programs between the Puerto Rico Conservatory and musical institutions in both North and South America, including Berklee.

While at the Puerto Rico Conservatory, Cole worked with the chancellor on all aspects of the final development of and move to the Conservatory’s new $45 million facilities in Miramar (San Juan). He also directly assisted the chancellor in the planning and completion of a successful $3.5 million capital campaign, which equipped the institution’s new facilities, including more than 100 new pianos to convert the Puerto Rico Conservatory of Music into an All-Steinway School.

Cole is a doctoral candidate in Orchestral Conducting at the University of Cincinnati. He received his Master of Music in Instrumental Conducting from the University of Illinois and his Bachelor of Music in Bassoon Performance from Louisiana State University. He has memberships in several professional associations, including the League of American Orchestras, the College Music Society and the Association of European Conservatories, among others.