The School of Filmmaking at the University of North Carolina School of the Arts (UNCSA) has been ranked No. 11 by The Hollywood Reporter (THR), a leading publication of the entertainment industry. 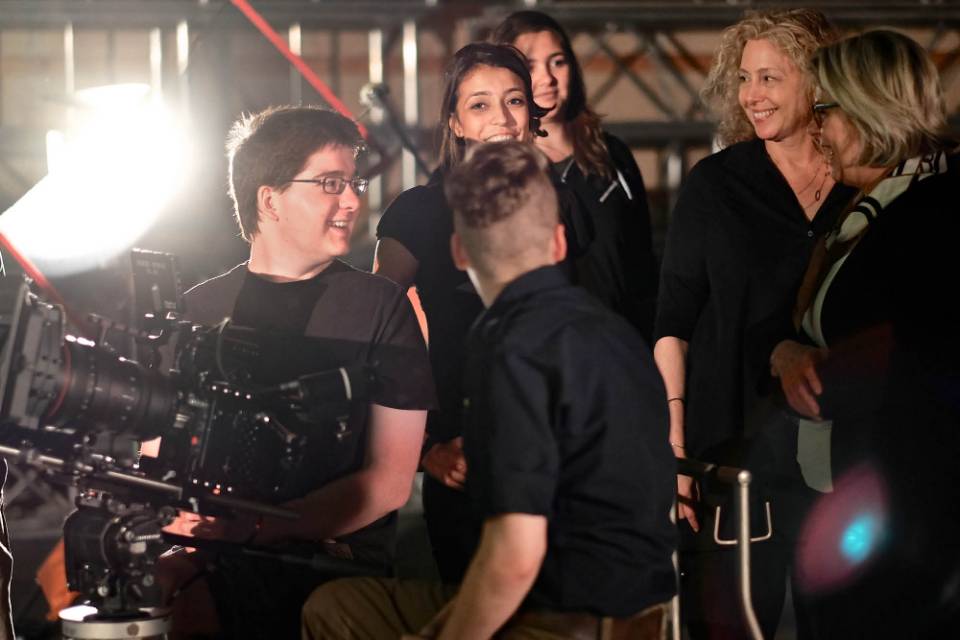 But director (and 2005 UNCSA School of Filmmaking alumnus) Brett Haley told THR that the school’s biggest selling point is its size. “You’re in this small town and you’re surrounded by other artists and you’re just focused on that,” Haley said in the article. Haley is writer/director of such critically acclaimed films as “Hearts Beat Loud” and “The Hero.”

THR published its list of “The Top 25 American Film Schools” in its Aug. 14 issue.

No. 11 is the highest the UNCSA School of Filmmaking has ever been ranked in The Hollywood Reporter, since the publication started ranking film schools in 2011.

The magazine features an interview with UNCSA School of Filmmaking Dean Susan Ruskin, who steps down Aug. 16 to become dean of the American Film Institute (AFI) conservatory and executive vice president of the institute. AFI was ranked No. 4 in THR’s listing.

When asked about the purpose of film school, Ruskin told THR: “The reason for film school is you truncate the process of learning and you create a safe space for people to find their voices.” She added: “We can be the sandbox that everybody experiments in. We can say (to the studios), ‘Come play with us, because this is the generation that is going to be creating content.’ ”

We can say (to the studios), 'Come, play with us, because this is the generation that is going to be creating content.'

Ruskin has been at UNCSA for a decade, first as faculty and then as interim dean and dean of the School of Filmmaking.

With Ruskin’s leadership, the 25-year-old film school has become a leader in new storytelling technology with the founding of the Media and Emerging Technology Lab (METL) and its first ever Future of Reality Summit, featuring national leaders in immersive media. She also oversaw the completion of the New Media Building, cited by THR, and led the creation of the film school’s new MFA programs in creative producing and screenwriting (also cited by THR), which aim to prepare students for changes in the industry and develop a pipeline of diverse storytellers and content creators.

Associate Dean Henry Grillo was named interim dean of the School of Filmmaking for the 2019-20 year. He has four decades of experience in teaching and higher education administration.

The UNCSA School of Filmmaking has been recognized as among the nation’s best training programs for filmmakers by other publications including Variety, MovieMaker and TheWrap.