UNCSA and Reynolda House Museum of American Art are pleased to announce the formation of the Reynolda Quartet. The ensemble of renowned faculty artists in the School of Music illustrates a progressive partnership for the two cultural organizations.

The quartet’s inaugural performance will take place at 7:30 p.m. on Saturday, Feb. 1, 2020, at Reynolda House Museum of American Art. Tickets will be on sale at 11 a.m. Wednesday, Aug. 21, at www.uncsa.edu/performances. 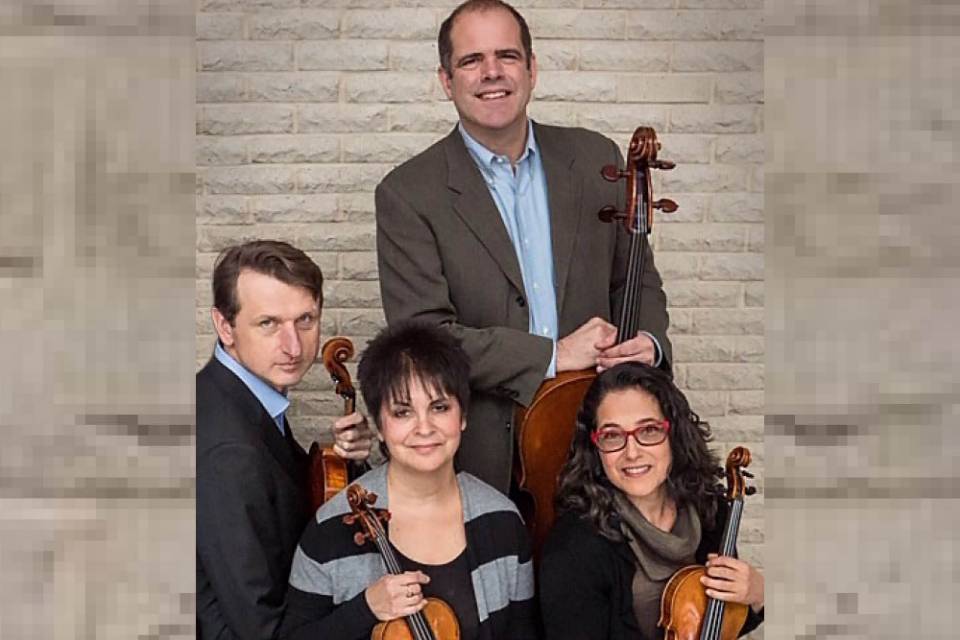 “Across the centuries, musicians have been inspired by the fine art found in museums such as Reynolda House, just as visual artists are inspired by great music. Our collaboration with Reynolda House feels like a natural manifestation of the enduring creative ecosystem. Through the Reynolda Quartet, we celebrate the classics in music and art as inspiration to new generations of creatives whose work will live on for centuries to come,” he added.

Led by internationally renowned violinist and music educator Ida Bieler, Reynolda Quartet includes violist Ulrich Eichenauer, violinist Janet Orenstein and cellist Brooks Whitehouse. Bieler is a seasoned veteran of the celebrated Melos and Heine Quartets, with recordings for EMI Classics, Harmonia Mundi and Deutsche Grammophon.  Eichenauer performed throughout the United States and Europe as a member of the award-winning Mendelssohn String Quartet. Orenstein and Whitehouse have toured the world from Turkey to Australia as founding members of the Guild Trio.

Across the centuries, musicians have been inspired by the fine art found in museums such as Reynolda House, just as visual artists are inspired by great music. Our collaboration with Reynolda House feels like a natural manifestation of the enduring creative ecosystem.

“The Reynolda Quartet has hit the ground running with a deep well of experience, a unified musical vision, and a shared love of the great string quartet repertoire,” Bieler said. “We look forward to sharing joyous music-making in the inspired setting of Reynolda House.”

After the debut performance, the quartet has planned concerts at the Robert Schumann Hochschule Spring Chamber Music Festival in Düsseldorf, Germany, and Palazzo Ricci, European Academy for Music and Performing Arts in Montepulciano, Italy.

Reynolda and UNCSA have a long history of collaborations, dating back to the formation of both institutions in the mid-1960s. Since the addition of the Babcock Wing in 2005, Reynolda has featured UNCSA faculty as performers, guest lecturers and instructors. Alumni have performed programs of classical repertoire and works composed by faculty of the School of Music. Since 2006, Reynolda and the School of Filmmaking have presented an annual outdoor film series, and students and faculty in the School of Design and Production have created lighting displays and scenery for events on the historic grounds.

From its very creation, Reynolda has been a home for music and art. Music, whether classical or jazz, was the primary inspiration for several artists featured in Reynolda’s collection, including Georgia O’Keeffe, Stuart Davis, Romare Bearden and Charles Burchfield. In turn, composers have created and performed new music inspired by paintings they saw and came to love here.

Reynolda has a historically rich background in music. As a young woman, Katharine Smith Reynolds studied music at her primary school in Mount Airy and as a freshman at the State Normal and Industrial School (later known as the University of North Carolina at Greensboro). Her training and love of music carried into her married life with R.J. Reynolds, when she incorporated music into entertaining at home for family, friends, Reynolds Tobacco Company employees, residents of a nearby orphanage, and at least one governor. Between 1912 and 1917, Katharine worked with architects and designers to fill Reynolda's halls with the music of an Aeolian organ that guests still enjoy today. During her second marriage to Edward J. Johnston in the 1920s, professional orchestras from across the East Coast performed during the couple's dance parties, masked balls, and garden soirees.

“From its very creation, Reynolda has been a home for music and art,” explained Phil Archer, the museum’s deputy director. “Music, whether classical or jazz, was the primary inspiration for several artists featured in Reynolda’s collection, including Georgia O’Keeffe, Stuart Davis, Romare Bearden and Charles Burchfield. In turn, composers have created and performed new music inspired by paintings they saw and came to love here. The caliber of the members of the Reynolda Quartet is of an excellence that will complement the exceptional nature of the art collection. I feel certain that nothing would have pleased Katharine Smith Reynolds more than knowing that artistic and musical expressions of such rare beauty will grace the home she built.”

More about the artists

An alumna of the UNCSA School of Music, Ida Bieler joined the faculty in in 2013 and was named artistic director of the school’s Chrysalis Chamber Music Institute when it was formed in 2015. She has won prestigious music competitions on three continents, has been a regular performer in major music capitals throughout the world, has recorded for radio and television on five continents, and has appeared with leading international orchestras. She is on the faculty of both the Robert Schumann Hochschule in Düsseldorf, Germany, and Kunstuniversität Graz, Austria. Bieler is the creator and director of the Vivaldi Project, a teacher training program in both Dusseldorf and UNCSA, aimed at educating underprivileged youth.

Orenstein has performed in the U.S. and abroad as a chamber musician, soloist and advocate of contemporary music. As a chamber musician, she has appeared in New York's Alice Tully and Merkin concert halls, as well as at The Kennedy Center in Washington, D.C. Orenstein has performed at the Apple Hill Chamber Music Festival in Nelson, N.H.; the Green Mountain Chamber Music Festival in Burlington, Vt.; and the International Musicians Seminar at Prussia Cove in Cornwall, England. She joined the UNCSA faculty in 2012, and has taught violin and chamber music at the University of Virginia, UNC-Greensboro and Wake Forest University.

Whitehouse has performed and taught throughout the United States and abroad, holding artist-in-residence positions at SUNY Stony Brook; the Guild Hall in East Hampton, N.Y.; the University of Virginia; and Tanglewood Music Center. As a soloist, he has appeared with the Boston Pops, the New England Chamber Orchestra, and other orchestras. His recitals throughout the northeastern United States have been broadcast on WQXR's "McGraw-Hill Young Artist Showcase," WNYC's "Around New York," and the Australian and Canadian Broadcasting Corporation networks. Whitehouse is also cellist of the European-based Atma Trio and of the Low and Lower duo with bassist Paul Sharpe. He has recorded for the Centaur, CRI and Innova labels. Before joining the faculty of UNCSA, Whitehouse taught at the University of Florida and UNCG.