Established in 2017, merit-based UNCSA Artpreneur Grants are offered to graduating undergraduate, graduate or professional certificate students who embody the university’s definition of artpreneur: “an artist who is not defined by what is, but inspired by all that could be; who is business savvy and technologically aware; who is devoted to creating value and impact through their creative practice; who reaches beyond existing disciplines to create new ways to connect with others; who is willing to take creative risks in order to positively transform our world.”

The recipients and their classmates were honored last Saturday with a star-studded online celebration of the class of 2020, and will be recognized during an in-person commencement ceremony to be scheduled.

“Entrepreneurial artists will light our way as we emerge from the difficult era of the COVID-19 pandemic,” said Interim Chancellor Brian Cole. “These young artists have the vision, creativity and perseverance to truly make a difference. We are proud to support their innovative work as they launch their careers.”

Tramaine Gray will use his grant to launch his creative project, Live Art Experience, in New York City next year. The Live Art Experience reimagines theater and visual arts in a multidisciplinary, unconventional and immersive art museum that examines social issues to promote learning, healing and positive change. 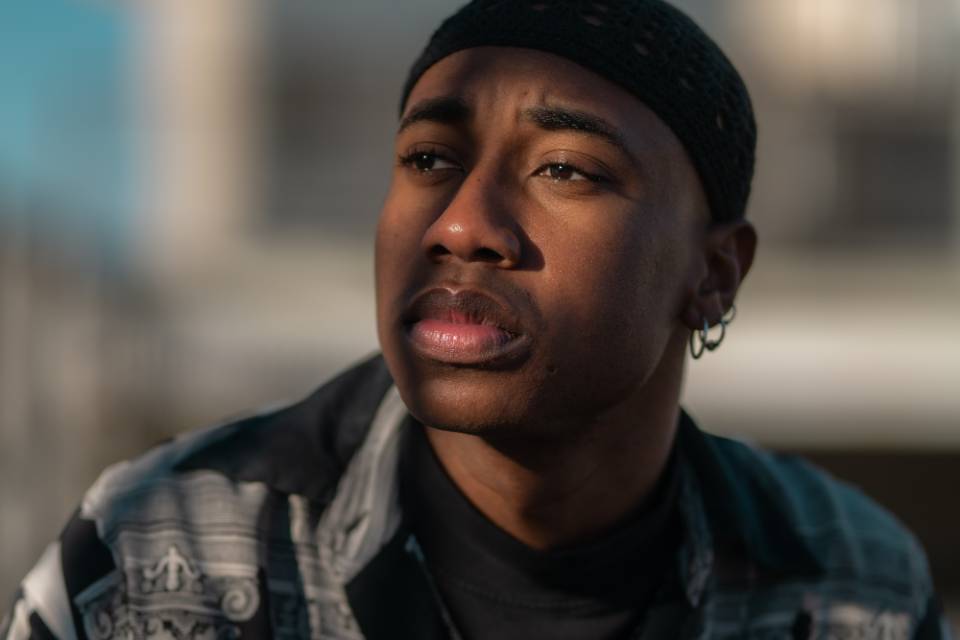 With Gray’s vision and leadership, UNCSA students have produced two variations of Live Art Experience, “Museum of Unity” in February 2019 and “Pain and Triumph” in February 2020.

“My colleagues, faculty, and administration all had such profound feedback on the immense impact (the Live Arts Experience) had on them,” said Gray, who studied costume design and was born in Macon, Georgia, and raised in Orlando, Florida. “I believe we need this work to remember who we are as people. Art is about holding a mirror to the world so we can stop, reflect and shift our focus on a new foundation for tomorrow.”

Gray served as co-chair of the multicultural organization Artists of Color for two years. “The Live Art Experience was birthed out of an exploration of trying to find my voice in art,” he said. “As my education progressed I fell in love with certain unconventional styles and it made me begin to think in a new way. I realized art that challenges the audience is thought provoking and not always safe. As a black, free/queer-identifying man, I realized my voice in art was far from the front lines. I realized I was not seeing enough of myself or other underrepresented voices in the work, so I created it myself.

“I hope this project will be a trailblazer for the new era of art -- art which is unapologetic, real, thought-provoking and relevant. We need art to bring back the love and community in the world today. I vow to make this my mission as an artpreneur,” he added.

Miles McKeller-Smith’s artpreneur grant will support computer programming and website design for his creative enterprise, crEATe Artist Network, a job search service tailored to artists and their transferable skills. Through his own experience and interviews with other artists, McKeller-Smith realized a common struggle among creatives: “We don't know where to find jobs, we aren't sure how much we should be paid, and typical platforms for career development such as LinkedIn and GlassDoor can make us feel out-of-place due to their very ‘corporate’ feel,” he said. 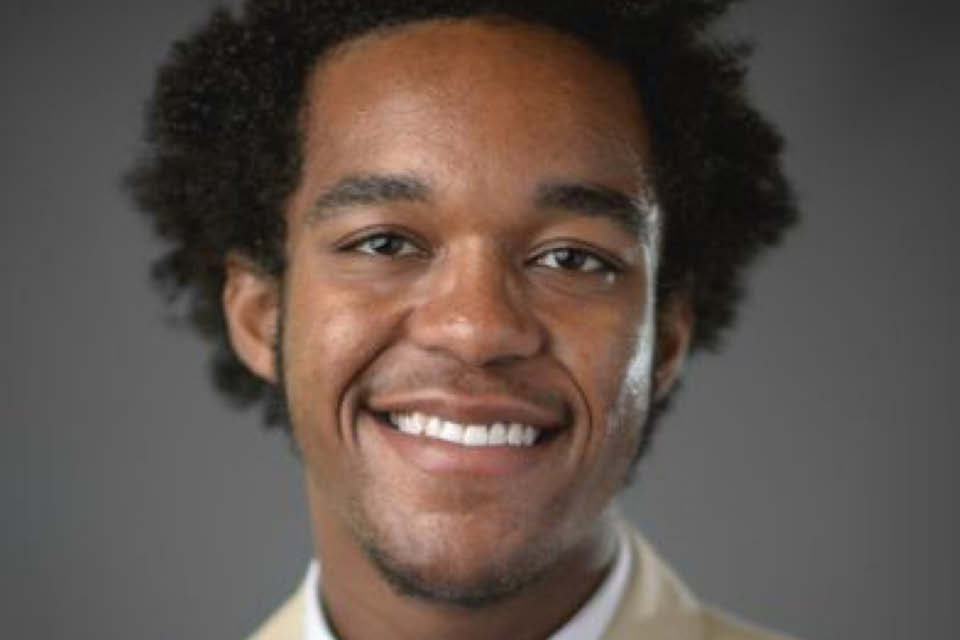 “What I am offering is a one-stop shop for artists to find jobs and professional development, wellness blogs geared toward artists, and a supportive community of creatives that interact via social media,” said McKeller-Smith, an award-winning filmmaker from Fayetteville who graduated from UNCSA’s creative producing program.  “This service is ideal for young artists coming out of college looking for employment, though it is geared to help all artists in their careers.”

McKeller-Smith said employers will pay a monthly fee to post job openings on the crEATe website. “There are currently over 32 million businesses and over seven million job openings in the United States. Employers are constantly looking to fill a variety of positions -- many of which are geared toward creatives or are jobs that various artists can handle with their developed skill sets,” he said.

During graduate school at UNCSA, McKeller-Smith crewed on various productions, most recently co-writing and producing a web series titled “Callbacks.”  He has also worked on film projects with the Pulitzer Center, the National Black Theatre Festival and Wake Forest University. In addition to filmmaking, he plays the flute and saxophone in various bands and theater productions. He recently completed the Center for Creative Economy’s bootcamp for creative start-ups, Kinetic, which helped him prepare to launch crEATe.

Mayra Rodas will use her artpreneur grant to launch her creative enterprise, Rodas Production, dedicated to telling the stories of Hispanics and women of color on platforms such as Netflix. She plans to produce “Not From Here, Not From There,” a narrative short film and eventual full-length feature film about a young woman whose family migrates to North Carolina, fleeing the violence and poverty that followed Hugo Chavez’s regime in Venezuela. 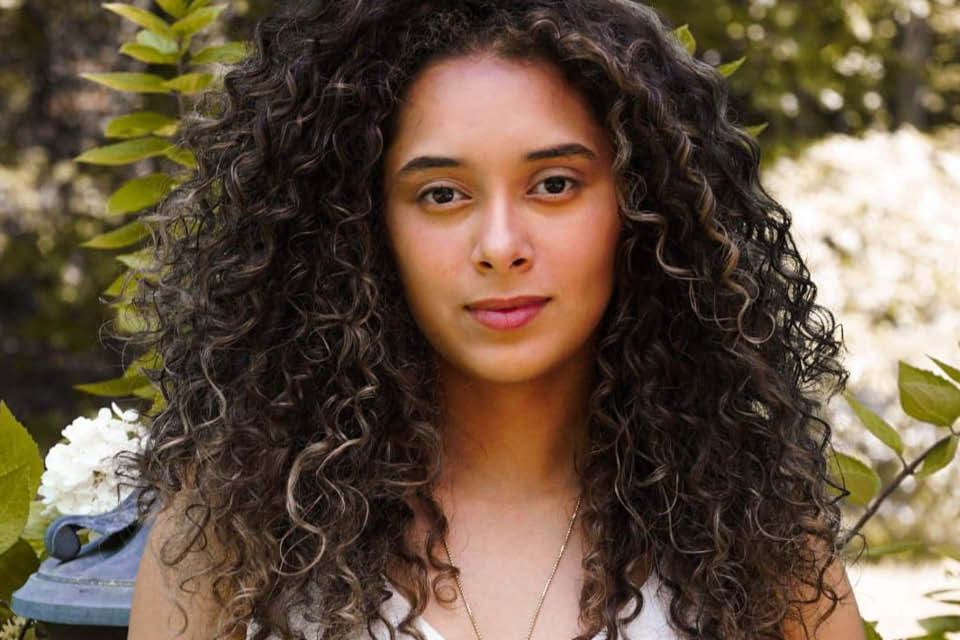 “It is important to have an accurate representation of the Hispanic community in films as well as to give voice to minority groups,” said Rodas, who studied editing and moved to the U.S. from Venezuela at the age of 15. “Four years ago I started to think about what kind of work I want to focus on after graduating. As a Hispanic woman, I want to see an accurate representation of myself and people of my background. As an immigrant, I want to tell the stories of those who otherwise would never be heard,” she said.

At UNCSA, Rodas provided instruction in English as a Second Language to immigrants and refugees through ArtistCorps, a community engagement program that utilizes the skills of UNCSA students and graduates to provide arts instruction, integration and exposure to school-aged children and seniors in the Winston-Salem community.

“These experiences have helped shape my goal as an artist, which is to inspire and educate communities through storytelling,” Rodas said. “Women of color and immigrants deserve to have more characters that represent them accurately. Although there are many stories about woman and immigrants, most of them play into an unrealistic stereotype, such as the "hot Latina" or the drug dealer. More women and immigrants need to share their stories that are far from these stereotypes.”

Through her production company, Rodas hopes to inspire more women of color to write and direct, and to provide job opportunities to young filmmakers in North Carolina.

Lauren Blair Smith will use her grant to fully develop and advance her creative project, “Intruder,” a contemporary dance choreographic work she created for the UNCSA Winter Dance Workshop in December 2019. Smith hopes to enter the project in choreography competitions in the U.S. or abroad when COVID-19 travel and social distancing restrictions allow. 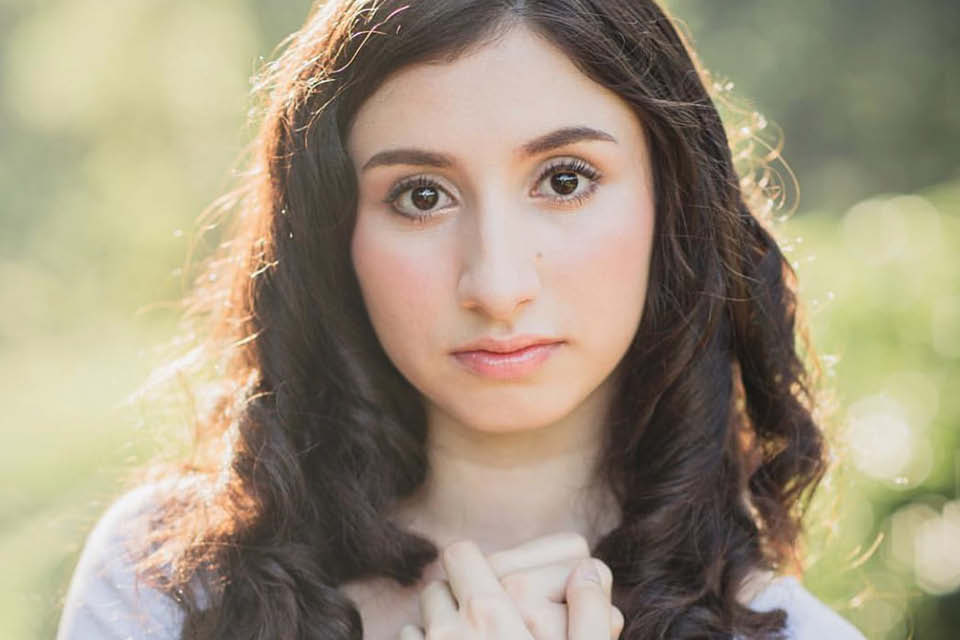 The seven-minute dance piece “explores the unknown and obscure inner life of an individual through an abstract space saturated with five resilient, volatile versions of the same self,” said Smith, who is one of the first to earn UNCSA’s new arts entrepreneurship minor. “It aims to reenergize Generation Z’s immersion in the live performing arts, alleviate their transition into the responsibilities of adulthood, and galvanize their desire for deep emotional connection,” she added.

During her junior year at UNCSA, Smith discovered The Dictionary of Obscure Sorrows, a website and web video series about made-up words that describe emotions. “Gnossienne, a noun from the dictionary, is a moment of awareness that someone you’ve known for years still has a private and mysterious inner life,” Smith said. The term intrigued and inspired her to translate vocabulary, language and feeling into movement.

“Rarely does choreography invigorate the space with electrifying energy and explore the deconstruction of a whole individual into five different versions of their perceived personality, represented by the five dancers themselves,” Smith said. “These complex versions create and combust, help and hinder, design and decimate, compliment and contrast; mechanically grinding their gears in hopes of unraveling this murky mystery.”

Smith grew up in Singapore, where she discovered her love for the visual and performing arts at the Singapore American School and finished third overall and top female on “Dance Singapore Dance,” a TV show aired in more than 18 countries. Her choreography was featured internationally at the IASAS Cultural Convention Festivals in Jakarta, Singapore, and Taipei.

Smith was a School of Dance executive for the UNCSA Student Government Association, a member of the Welcome Squad and a peer mentor for three years. As an ArtistCorps ArtsEngage member, Smith provided arts instruction, integration and exposure to Title I school-aged children in the Winston-Salem community.

Kayana Waller’s grant will allow her to launch her creative enterprise, Secret Women, a documentary project exploring the nuances of domestic violence, mass incarceration, and human trafficking through stories told by survivors. Waller’s company will serve as a production house for survivor-directed projects developed through filmmaking workshops. Proceeds from distribution of the projects will provide income for survivors. 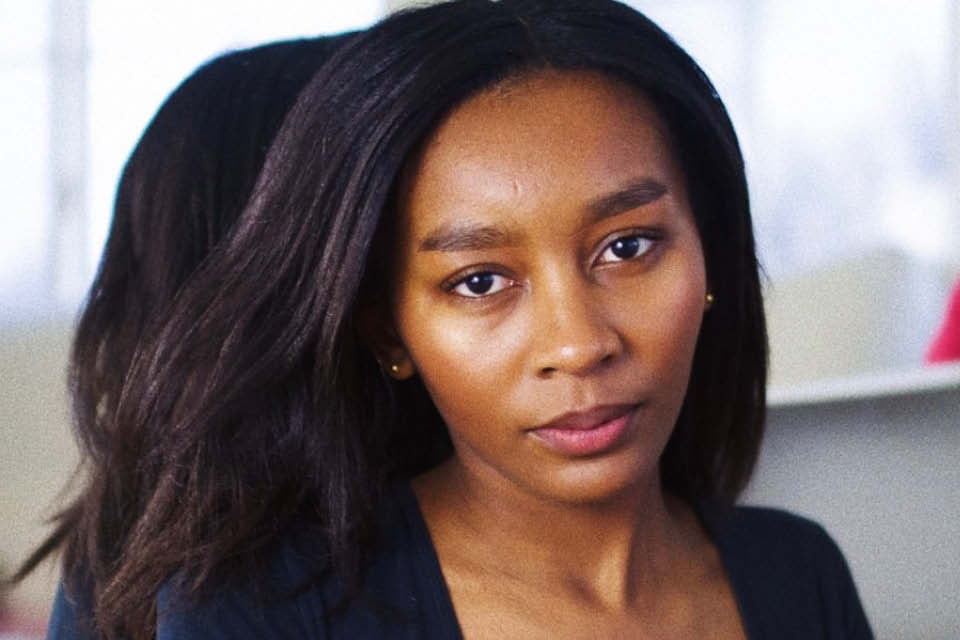 “The idea stems from my thesis work,” said Waller, who studied directing. “I wrote and directed ‘Lizard,’ concerning the cyclical nature of human trafficking. I made connections with several organizations, gaining insight into the challenges that women face when trying to escape such abuses. Almost always, it comes down to lack of income to finance housing, therapy and other life-changing necessities. Lack of resources fuels a cruel cycle of relapse.”

Waller, who was born in Newark, New Jersey, and raised in Charlotte, said her enterprise will partner with nonprofit organizations to create a unique opportunity for survivors to tell their stories on their terms. Beginning with a cohort of eight women from North Carolina, Secret Women will develop each creator's story, serving as crew, distributor and advocate while adhering to social distancing restrictions. Each creator will gain income through intellectual property ownership by way of licensing, exhibition, and distribution.

“These projects will expose the general public to the ever-present, yet underrepresented concerns plaguing women in our communities,” she added. “The success of this pilot will help ensure that our enterprise can expand generating work in different cities, creating awareness, and uplifting more survivors on their journey toward agency.”

Outside of the classroom, Waller was a member of ArtistCorps, honing her craft as a teaching artist and serving the community.

The Student Artpreneur Grant program is administered by the Thomas S. Kenan Institute for the Arts.