Jonathan Majors is a commanding lead for HBO's "Lovecraft Country"

“Jonathan Majors is your new American hero,” The Washington Post boldly proclaims. And, they might be onto something.

The hotly-anticipated drama/horror series from HBO, “Lovecraft Country,” has Majors at the helm as Atticus “Tic” Freeman—a Korean War veteran who uncovers a dark family legacy while battling monsters of 1950s Jim Crow America, both human and supernatural.

Executive producer and showrunner Misha Green, along with executive producers J. J. Abrams and Jordan Peele, attracted initial fanfare to the project, but it’s the gripping performances of Majors and his co-stars that have audiences clamoring for the next episode.

A 2012 graduate of the School of Drama, Majors received Independent Spirit Award and Black Reel Award nominations for his supporting role in 2019’s “The Last Black Man in San Francisco.” He portrayed the son of a Vietnam War veteran in Spike Lee’s “Da 5 Bloods,” which premiered on Netflix this summer to critical acclaim. Next, he’ll star as American cowboy Nat Love in the Jay-Z-backed spaghetti western “The Harder They Fall” and as Kang the Conqueror in Marvel’s “Ant-Man and the Wasp: Quantumania.” 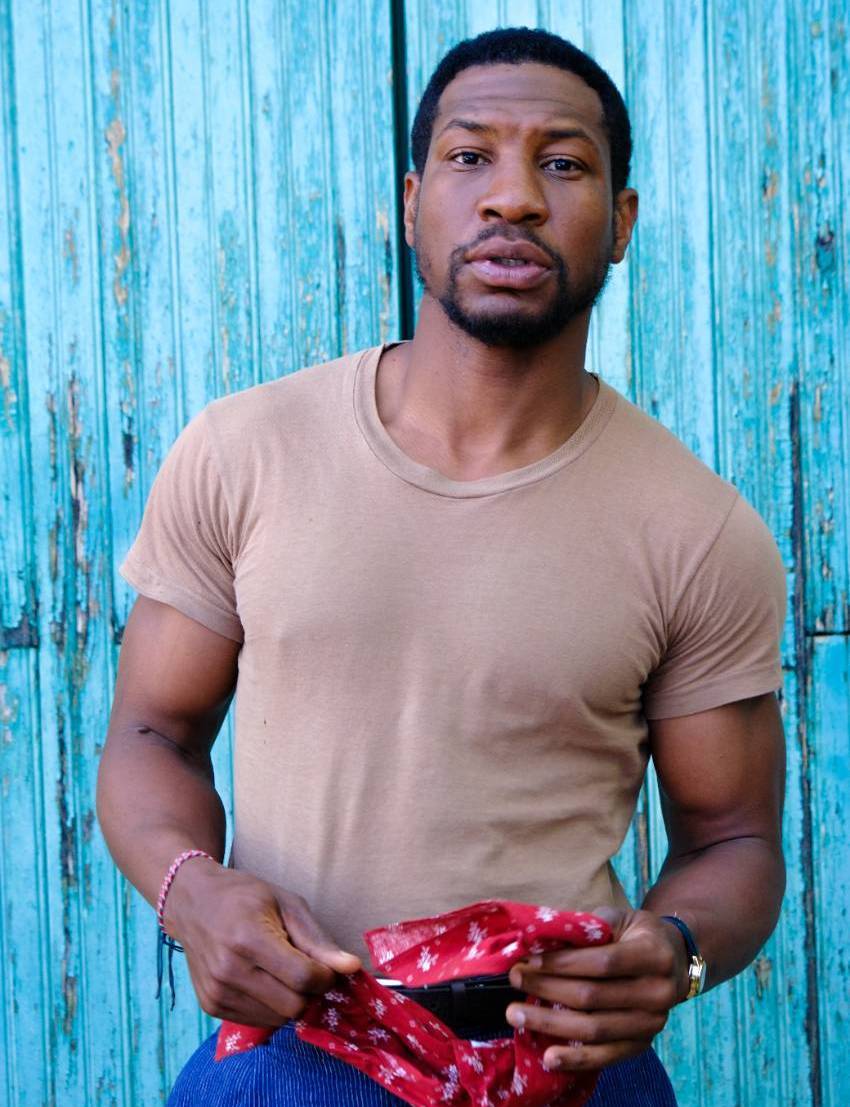 He’s been laying low in New Mexico since COVID-19 brought the film industry to a standstill, waiting for production to resume on “The Harder They Fall.” From his living room, he chatted with us via Zoom about monsters, music and his training at UNCSA.

There’s no denying the timeliness of the release of “Lovecraft Country,” and the way it speaks to persistent issues of racism in America. What conversations do you hope the show sparks for viewers as they reflect on the story each week?

I hope the audience wants to watch it, and that they’re entertained. And in that entertainment, that they experience the same catharsis I experienced when I was doing the show. And that depends on what they bring to it when they watch. They’ll be changed. It’s there to get for those who want to pick it up.

The show is an example of how to love better, how to be more connected to your family and your country and how to be a citizen of the world... And to push yourself forward to reach your highest potential, regardless of obstacles.

At the end of each episode I feel a bit of whiplash, like, “What did I just experience? Can I take a few minutes to decompress?” As intense as the show is for a viewer, what was it like for you stepping into Atticus’ world repeatedly? How did you emotionally prepare for the horrors that he encounters?

You don’t really know the emotional life of a character until you understand the world they’re living in. Anyone can emote, but to understand what it is that makes your character feel things is probably the most important part. And so, I prepared my spirit, more so, for the journey. I saw what was going to happen to him, and each time I got the script [for the next episode] I looked to see what is done to him, because you don’t know how he’s going to react.

So, I didn’t prepare emotionally. I prepared to be open to whatever was going to happen. 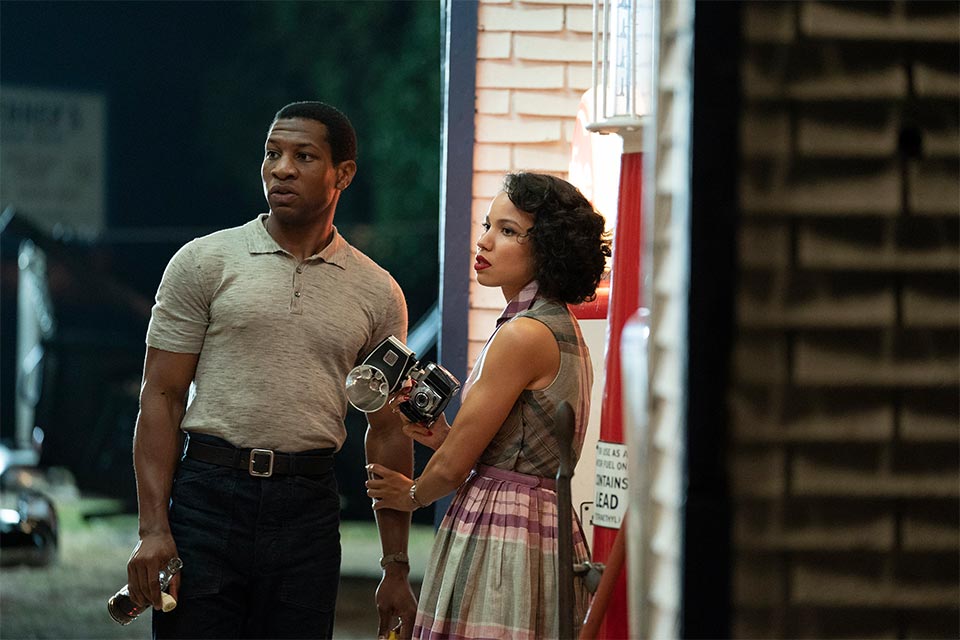 Watch the trailer for "Lovecraft Country" on HBO. (Still image of Jonathan Majors and Jurnee Smollett by Elizabeth Morris/HBO)

The second episode, “Whitey’s on the Moon,” takes its title directly from the 1970 Gil Scott-Heron spoken word poem. The audience is introduced to the poem during a pivotal and physically painful moment for Atticus. Immediately after, it’s followed by contemporary artist Leon Bridges’ “River.” I also heard Marilyn Manson, “The Jackie Robinson Story,” Etta James, Rihanna, etc. through other episodes.

There’s an anachronistic use of poetry and prose and music woven throughout. What did you read or listen to while preparing for the role?

So, I’m going to pull up Atticus’ playlist, because I made one for him… for all of my characters. And I’ll tell you my top five songs I was listening to for Atticus. There are 111 songs on this playlist total.

I would listen to those every day, regardless of the episode. And one of the reasons those are so important to me, and the reason they jump and move in time and place, is because it’s culture. There is Jay-Z in me. There is Tupac in me. There is Bob Marley in me… Nicki Minaj, Ray Charles, Sam Cooke, the Pastor. All those artists live in me, and I just happen to be the current manifestation of our culture.

The show is about legacy, it’s about what’s inside your blood. And what’s in your blood transcends your present time. You carry all of your generation inside of you. Why would you not use them every day? Why would you not conjure them up? You have me, an actor filming “Lovecraft Country” in 2019, playing a character in the 1950s… and the song being played in that moment was released 20 years after the event he’s experiencing. That is incredible.

You grew up near Dallas, Texas, and started acting in high school. Why did you choose UNCSA?

Once I set my mind to do something, I really want to do it the best way and give myself the best opportunity to succeed. And I’ll abstain if I can’t put myself in the best position. And (U)NCSA was the best, in my opinion, at that time… and now it’s factual. My ushering faculty were Robert Beseda and Bob Francesconi. They picked me, and I picked them.

What area of study [at UNCSA] was most important to you as you continued your education at Yale Drama, and prepared for the roles you’ve taken since graduation?

All of my professors are very important to me, but it’s always the ethos of the leader. And at my time there, Gerald Freedman was my teacher. He was our leader. It didn’t matter what was being taught; the way it was being taught was the Gerald Freedman way—natural, free, authentic. And Gerald said he wasn’t training us for the theater. He was training us to be actors. And an actor can play in a theater, on a film set, in a soap opera, a sitcom, stand up poetry… anything. That’s what we were being trained for.

So even the voice work, the stage combat, those things are really all the same thing. You can’t do stage combat without Alexander Technique, you can’t participate and do your best work in speech class if you’re not doing your voice work. And you can’t act without any of it. 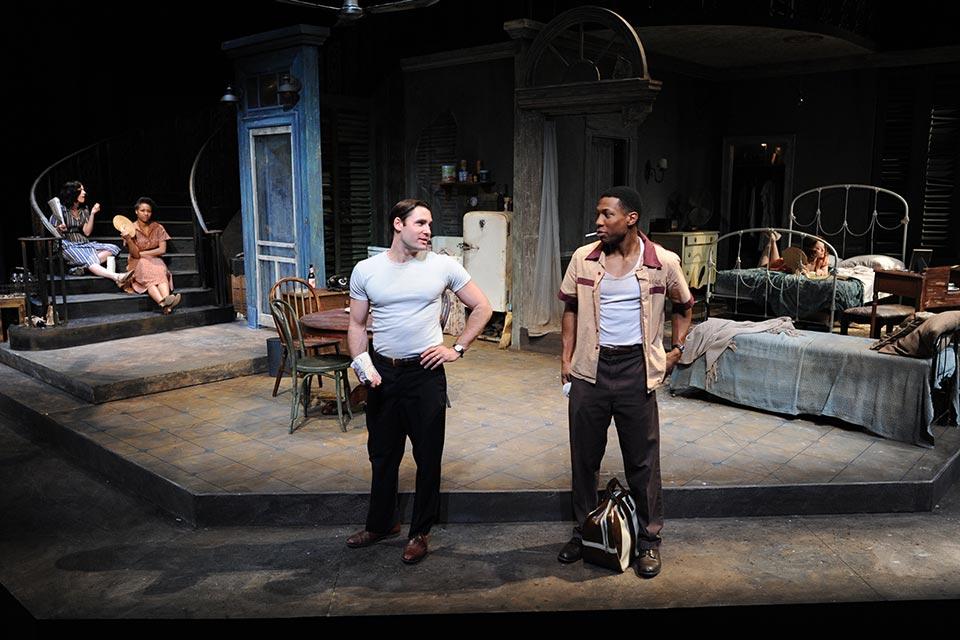 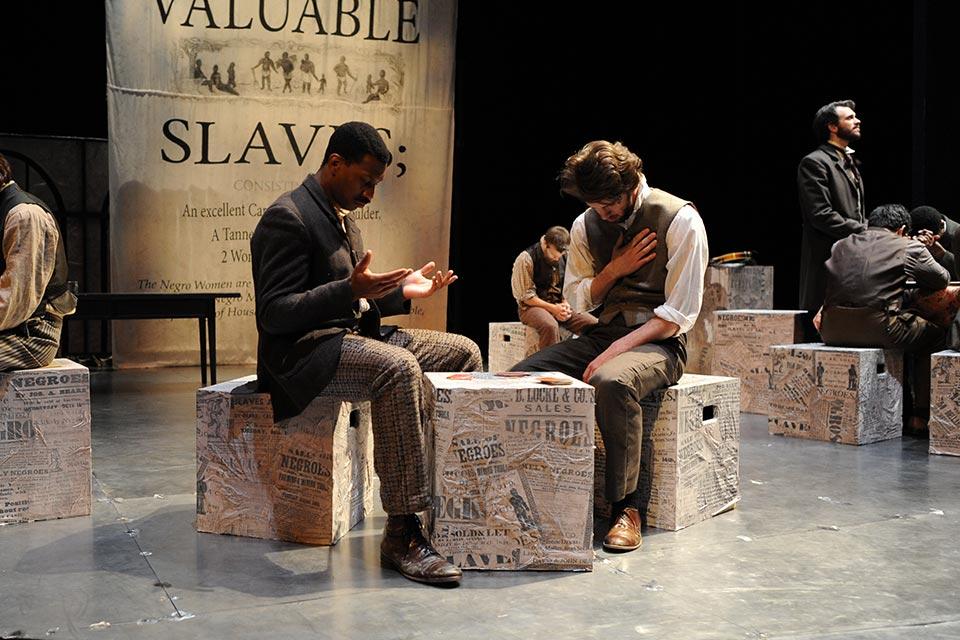 You don’t learn it’s all the same thing until maybe when it’s too late. But you’ll realize, “Oh, all the sudden I’m doing this all at the same time.” It’s what a great actor, a great technician, can do, and what a great artist makes a habit of doing. I can Alexanderize, breathe, feel, talk, etc. at the same time, and you can do that if you apply yourself. And that’s not just my experience. It was Gerald [Freedman].

I’m about to start production on my film [“The Harder They Fall”], and I re-ordered Gerald’s book, “The School of Doing.” I ordered, like, nine copies when it came out and I’ve since gifted them all away. So now I have my own copy to read as I move through this production.

You’ve brought life to some great characters in the last few years, and audiences are discovering your depth and range as an actor. What’s a role you haven’t yet tackled that you’re itching to do?

Hamlet. I think, just recently, he’s been haunting me. I’m thinking, “I wanna do that, gotta find a way to do that—on the stage.” I think he’s commanding.

Restraint is the artist’s best friend. An artist can learn how to exercise restraint and take that pulsing anxiety and put it in a pen stroke, put it in the scene… that’s art. And that’s very difficult to do. Hamlet, even at a fever pitch, requires that type of restraint. It would be an interesting challenge for audiences to see a Hamlet that’s in my physical form, and for me a challenge to take this physical form and take my world view to present through Hamlet to the world. I hope to do that.

If you could do one thing on your bucket list right now, what would it be?

You know, I’m having the time of my life. I wouldn’t want to stop what I’m doing right now for anything.