UNCSA School of Drama ranked No. 6 in the world by The Hollywood Reporter

The Hollywood Reporter (THR) has ranked UNCSA No. 6 in the world on its list of the 25 best institutions for a drama degree. UNCSA is listed third among the B.F.A. programs in the U.S. highlighted by the magazine.

The publication consulted with alumni, academics and industry professionals for its ranking, titled "The Best 25 Drama College Programs Around the World" in the June 3 issue. The article notes that UNCSA honed 'Last Black Man in San Francisco' star Jonathan Majors (BFA '12), and Majors is featured in an accompanying photograph from a 2011 UNCSA performance of "A Streetcar Named Desire." 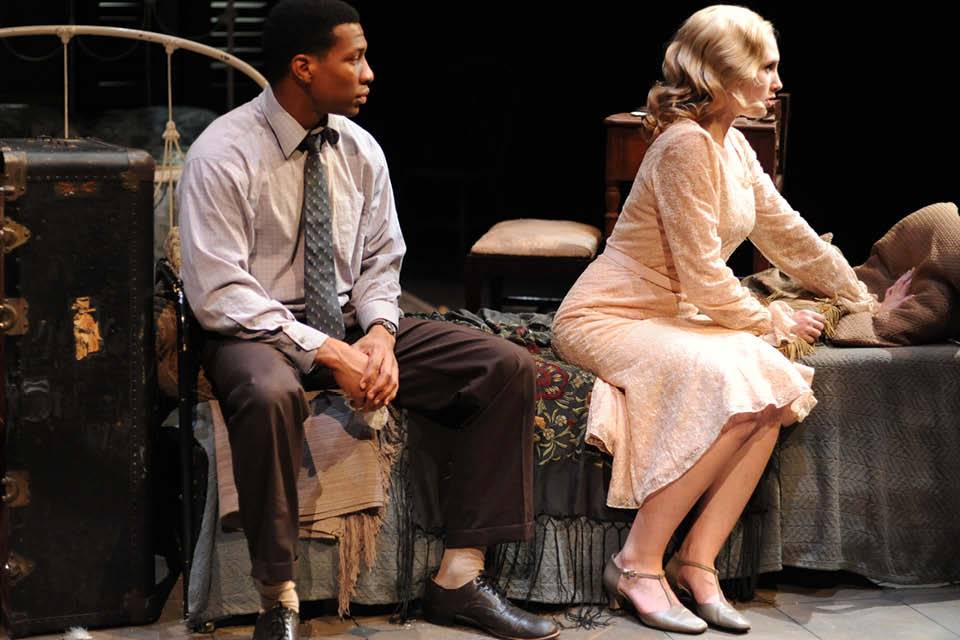 Jonathan Majors, a 2012 graduate of the School of Drama, appeared in the 2011 UNCSA production of "A Streetcar Named Desire." / Photo: Steve Davis

"This ranking from The Hollywood Reporter, which is read by industry insiders and influencers, reaffirms what we already knew: our School of Drama is world class," said UNCSA Chancellor Brian Cole. "Dean Scott Zigler's leadership has shaped the school to create students who are capable of success across the broadest possible spectrum, from classical theater to the most current experimental work for both stage and camera, and everything in-between."

Zigler, who has been dean of the School of Drama at UNCSA since 2017, has embraced on-camera and devised work for the actor, as well as diversity in his classes and curriculum.

Only UNCSA offers integration with a nationally ranked film school right on campus. Some students have been in as many as six films by the time they graduate, giving them a robust reel when they enter the profession, which will be even more important as the industry recovers from the COVID-19 pandemic.

"As the industry reopens, on-camera work will come back the fastest," Zigler said. "UNCSA students have a competitive edge with on-camera training woven into all four years of their training with leading on-camera teacher Bob Krakower, providing significant value and practical training for today’s industry."

On the subject of diversity in classes and curriculum, Zigler said, "To truly create a diverse and inclusive environment, a school has to not only recruit a diverse group of young artists, it has to serve the unique needs of those artists once they arrive on campus. They want teachers, mentors, and guests from the industry who share their experiences. They want some of the characters they play to look like them, in plays and movies written and directed by artists from their own communities."

He continued, "In Drama, we are lucky that we are in a golden age of American playwriting, with writers including Luis Alfaro, Jackie Sibblies Drury, Jeremy O. Harris, Quiara Alegria Hudes, Young Jean Lee, Tarrell Alvin McCraney, Dominique Morrisseau, Lynn Nottage, Qui Nguyen, Robert O’Hara, Octavio Solis, Lauren Yee, Chay Yew, Karen Zacarias and so many, many others. While we still cover work from the Western canon as well, by adding this new generation of plays and playwrights, hopefully the material performed in our classrooms and on our stages reflects the actual experiences, hopes and dreams of our exceptionally talented and diverse student body."

As the industry re-opens, on-camera work will come back the fastest. UNCSA students have a competitive edge with on-camera training woven into all four years of their training with leading on-camera teacher Bob Krakower, including how to self-tape, providing significant value and practical training for today’s industry.

Zigler noted:  "With the School of Drama launching its devised theater curriculum two years ago, under the supervision of Tectonic Theatre Company founding member Andy Paris, it positions our students to be content creators and producers as well as directors and performers."

UNCSA has been mentioned in THR’s ranking ever since the publication launched its drama school ranking in 2012. UNCSA offers a four-year undergraduate drama program and a high school drama program for seniors.

Among UNCSA’s prominent School of Drama alumni are Isaac Powell (BFA '17, HS '13), who is starring as Tony in the revival of "West Side Story" on Broadway and previously was Daniel in "Once on This Island"; Anna Camp (BFA '04, HS '00), who starred in the TV series "Perfect Harmony" and in the "Pitch Perfect" movie series; Brett Gelman (BFA '99), who stars in "Fleabag" on Amazon and "Stranger Things" on Netflix; Dane DeHaan (BFA '08, HS '04), who stars in "Zero Zero Zero" on Amazon and "The Stranger" on Quibi; Elizabeth Lail ( BFA '14, HS '10), who starred in "You" on Netflix and in "Once Upon a Time" on ABC; Billy Magnussen (BFA '07), who stars as Logan Ash in "No Time to Die," Prince Anders in "Aladdin," and Ryan in "Game Night"; Mary-Louise Parker (BFA '86), who just completed a critically acclaimed Broadway run in "The Sound Inside" and is slated to return to the role she originated in a major revival of "How I Learned to Drive," as well as starring as Stephanie in "Red Sparrow," Janey in "Mr. Mercedes," and Nancy in "Weeds"; Diedrich Bader, who stars in "Space Force" on Netflix, "Better Things" on FX and "American Housewife" on ABC; and Joe Mantello (BFA '84), star of the recent Netflix series "Hollywood," director of many  Broadway shows including "Hillary and Clinton," "Three Tall Women" and "Wicked," and recent recipient of the Society of Directors and Choreographer Foundation’s Mr. Abbott award for Lifetime Achievement in the theater.