Prima ballerina Natalia Makarova, considered among the finest classical dancers of the 20th century, is the 2016 Lucia Chase Fellow at the University of North Carolina School of the Arts (UNCSA). During her residency in the School of Dance this month, she will coach students performing the second act of Marius Petipa’s beloved classical ballet, La Bayadère, for Spring Dance.

Dance Dean Susan Jaffe, who will set Act II of La Bayadére (Kingdom of the Shades) for Spring Dance, said students who are coached by Makarova will benefit from her  Russian heritage and her decades of experience with the piece. “Natalia Makarova is a legendary ballerina who first brought the second act of La Bayadére to the West, staging it for American Ballet Theatre in 1974. She then staged her own version of the full-length ballet in 1980 on ABT,” Jaffe said. “It is a chance of a lifetime for our students and our school.”

Makarova began dancing at the age of 13 in her native Leningrad and quickly rose to the top ranks of Russia’s Kirov Ballet (now Mariinsky Ballet.) In 1970, while on tour with Kirov, she became the first ballerina ever to defect from the Soviet Union. She joined American Ballet Theatre in New York, making her American debut that year in ABT’s Giselle. Nineteen years later, Makarova became the first Russian artistic exile to be invited back to dance in her native land, performing again on the Kirov stage.

At ABT, Makarova was an instant sensation with audiences and a source of inspiration for dancers, including Jaffe, who was rising through the ranks at ABT in the 1980s. “I am honored to have learned so much from her, and I am extremely proud to offer that opportunity to our students,” she added. “It seems appropriate that one luminary of American Ballet Theatre should receive the Lucia Chase Fellowship, which is named for another.” 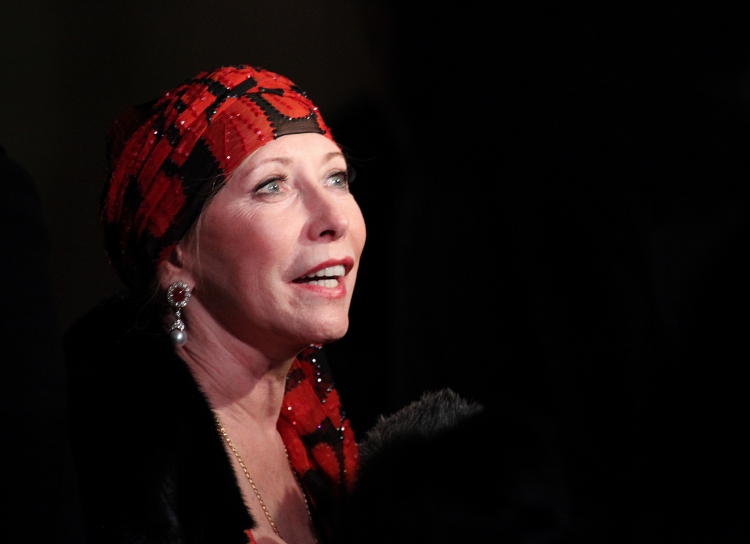 The second act of LaBayadére is the opium-induced vision of the grieving warrior Solor after his lover, the temple dancer (la bayadere) Nikiya, has been killed. The cast consists of a leading couple, three soloists, and 24 corps de ballet.

“‘Kingdom of the Shades’ from La Bayadére  is one of the most beautiful works of choreography ever created in the dance world,” Jaffe said. “The act begins with 24 female dancers descending from a ramp onto a moonlit stage, followed by one of the most difficult corps de ballet adagios in the ballet canon.

“The rest of the act consists of classical ballet choreography of the highest caliber, with a spiritual feeling that transcends us into the higher realms,” she added.

“Solo Olos is one of the purest expressions of Trisha Brown’s love affair with choreographic structure,” said Yager, who was a member of the Trisha Brown Company from 1995-2002. “Reflecting her ever-present sly wit, it is a palindrome within a palindrome and oscillates between order and disorder.

“It is a study of cause and effect in which dancers respond to instructions called to them from a dancer offstage who composes the piece in the moment based on what he or she sees happening before their eyes,” she added. “Governed by a fixed movement vocabulary and strict adherence to a set of rules, the piece bumps up against this structural framework and exists in endless permutation.”

Yager will offer an inside look into Brown's choreographic puzzle in a lecture demonstration of Solo Olos at 5 p.m. Sunday, April 24, at the Southeastern Center for Contemporary Art (SECCA), 750 Marguerite Drive. The event, part of the collaborative Artist’s Studio series from UNCSA and SECCA, is free and open to the public.

Immediately preceding the Artist’s Studio event, Forecast Music, a new contemporary music group in the Triad, will be performing in the Overlook Gallery at SECCA. Drawn from the faculties of UNCSA, Wake Forest and UNC-Greensboro, Forecast Music features Eric Schwartz (School of Dance music director) and John Beck (School of Music - percussion) from UNCSA.

It’s a mix of ballet steps but in contemporary setting. It’s a fun piece, a little goofy.

Tchoupakov described the piece as six boys dancing in a subway station --  but instead of the usual hip hop or street dance, they are performing a little ballet variation, to music that is part J.S. Bach and part funky contemporary jazz by a band from Brooklyn, N.Y., called Moon Hooch.

“We will have fun with it,” he promised.

April
Completing the program is the premiere of April by Daniels, set to Frazelle’s Wildflowers. Thirteen dancers are accompanied by pianist Owen Dodds from the School of Music. Daniels also used one of Frazelle’s watercolor paintings as inspiration for the set design by Elizabet Puksto of the School of Design and Production.

“April is an exploration and celebration of spring, youth, nature, music and art,” Daniels said. “Enveloped in a Ken Frazelle visual and aural environment, the dancers express exactly what they are: beautiful young people in the spring of their lives.”

About Natalia Makarova
Natalia Makarova began her career in her native Leningrad, entering the Vaganova School at the age of 13. After graduating in 1959, she joined the Kirov Ballet, where she rapidly rose to the rank of ballerina, and won the Gold Medal in Varna in 1965.

In 1970, while in London on tour with the Kirov, Makarova requested asylum in Britain. She subsequently joined American Ballet Theatre, making her debut with the company in Giselle in December 1970. After that she danced many of the roles in ABT's vast repertoire -- working extensively with Tudor, Balanchine, Robbins and Tetley.

Her association with The Royal Ballet began in 1972 and her repertoire with the company included Swan Lake, Giselle, The Sleeping Beauty, Les Sylphides, Manon, Song of the Earth, Concerto, Cinderella, A Month in the Country, Voluntaries, Dances at a Gathering, Serenade, Elite Syncopations, Rituals, Checkmate and Les Biches. Her most recent appearance with The Royal Ballet was in MacMillan's Romeo and Juliet in January1989.

In 1976 she married businessman Edward Karkar and gave birth to her son, Andre Michael, in February 1978. She has also written a book, “A Dance Autobiography,” published in 1979.

Natalia Makarova staged the "Kingdom of the Shades" from La Bayadère for American Ballet Theatre in 1974. In 1980, she staged the full-length production of La Bayadère making ABT the first Western company to acquire this work. Her production included for the first time since 1919 a reconstruction of the ballet's last act with Makarova's choreography after Marius Petipa.

Her television work includes her much-acclaimed Ballerina Series for the BBC 1987; In a Class of Her Own for Channel 4; Assoluta for the BBC; and her television special, Natasha, 1985.

Miss Makarova made her musical comedy debut on Broadway in George Abbot's On Your Toes, for which she won the Tony Award as "Best Actress in a Musical" as well as seven additional awards. In 1984, she starred in the West End production of On Your Toes where she won the coveted Laurence Olivier Award.