Joseph Mills of the Liberal Arts faculty is a recipient of the 2017 University of North Carolina Board of Governors Award for Teaching Excellence. He is one of 17 faculty members – one from each of the UNC campuses – chosen to receive a $12,500 stipend, a commemorative bronze medallion, and recognition at commencement exercises. 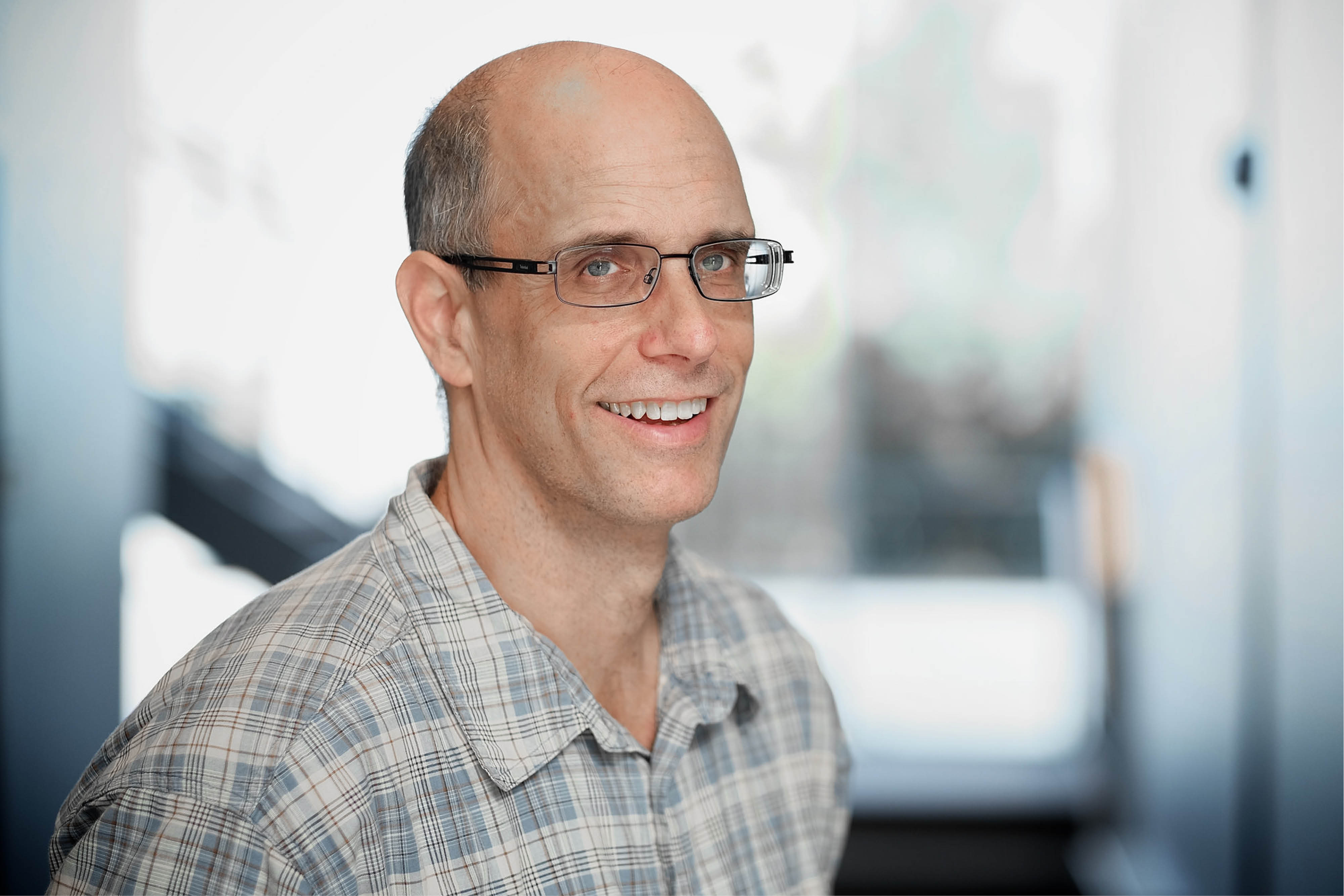 I’m moved by the dedication and success of our teachers to challenge and mentor our student artists,” said Chancellor Lindsay Bierman. “I congratulate Joe for this much-deserved honor and recognition. His work greatly impacts this university, advances arts education, and inspires generations of writers.”

Currently the Susan Burress Wall Distinguished Professor of Humanities at UNCSA, Mills has served on the faculty in the Division of Liberal Arts since 1998. His teaching process relies on a balance between teaching, coaching, and student autonomy. “I hope that I give my students the material and create an environment to get them fermenting, then I try to get out of the way,” he said. “I don’t know what they’ll bring in or what they’ll say (and this makes me anxious), but usually I’m struck by their curiosity, intelligence, and creativity when given the space.”

Dean Wilcox, Dean of the Division of Liberal Arts, said no one is more deserving of the Board of Governors Award. “I have worked with Joe for the past 17 years and I can state, without hesitation, that he is one of the most engaging, reliable, and creative individuals I have encountered in academia,” he said.

“He is a remarkably patient, insightful, and passionate teacher who remains excited about the subjects he teaches. He approaches his classes not as lectures or seminars but as collaborative explorations in which he examines the material alongside of his students, empowering them to develop their own insight and opinions,” Wilcox added.

Mills recently won the 2017 Rose Post Creative Nonfiction Competition sponsored by the North Carolina Writers Network. In 2015, he won the statewide Roanoke-Chowan Award for Poetry for “This Miraculous Turning.”  His poetry has been read nine times on Garrison Keillor’s “The Writer’s Almanac,” a nationally-broadcast public radio program.

I congratulate Joe for this much-deserved honor and recognition. His work greatly impacts this university, advances arts education, and inspires generations of writers.

He has published six collections of poetry, including the recent Shakespearean-themed “Exit, pursued by a bear.” In addition to publishing numerous pieces of fiction, non-fiction, and criticism, he has researched and written two editions of “A Guide to North Carolina’s Wineries” and edited a collection of film criticism, “A Century of the Marx Brothers.”

In nominating Mills for the campus teaching award, a colleague described his impact on students: “Students carry the critical and creative thinking practices of the course well beyond the classroom, expanding the value through interchanges with others. Their work with Joe helps them love powerful ideas, great writing, and to see that they might find those kinds of ideas and writing in unexpected parts of our culture, so they better keep their eyes open.”

A student said Mills treats students with respect and values their work. “When he gives his opinion it’s clear that he actually cares; assessing students’ work is not merely an obligation, but a real chance to communicate with them. When you’re in one of Dr. Mills’ classes, you feel like a valued participant.”

He was recognized with a UNCSA Excellence in Teaching Award in 2003.