Contemporary dance students at the University of North Carolina School of the Arts (UNCSA) will bring to life three new works and a reconstruction at this year’s Fall Dance Concert, opening Sept. 26. Performances will be held at 7:30 p.m. Tuesday, Sept. 26, through Saturday, Sept. 30, with an additional performance at 2 p.m. Saturday, in Agnes de Mille Theatre on the UNCSA campus, 1533 South Main St. in Winston-Salem.

Guest artist Robyn Mineko Williams, a veteran of Hubbard Street Dance Chicago, will premiere a work crafted specifically for UNCSA’s senior class of contemporary dancers. “I extracted inspiration for the piece from the dancers’ close-knit relationships and knowledge of one another, as they have been working together so tightly during their time at UNCSA,” she says.

Titled “Go Lo,” the work captures a “unique moment in time,” explains the award-winning choreographer. “They will soon be moving on to another chapter in their lives but are at this awesome and very specific time in their adult lives where they are still so close to childhood and the memories thereof.”

Her hope for the piece is that it has allowed the dancers “to learn something new – about themselves, the way they work, their potential to create, the importance of finding honesty within their work.”

The second premiere on the program comes from UNCSA alumnus and faculty member Kelly Maxner. “This is Our Last Dance” is a collaborative work featuring both Dance and Drama students. Set to music by Vivaldi, Queen and David Bowie, the piece is “tender, boisterous, and full of heart,” according to Maxner.

Kelly Maxner's "This is Our Last Dance" features both Dance and Drama students.

The performers were actively involved in “the making of movement and text” for this dance. “Making an original work inspires input and ownership from the performers,” says Maxner, “and the artists at UNCSA are hungry to be involved in all aspects of making.”

Maxner is passionate about this sort of crossover work between arts schools. “Collaboration generates ideas to be used immediately as well as the magical half-thoughts that can later become something completely surprising.

“In rehearsal, we are working on more than this one piece,” continues Maxner. “We are also working on the pieces that will be made five and 10 years down the road.”

The final piece to premiere comes from School of Dance Associate Dean Brenda Daniels. “Loam” is set to Johann Sebastian Bach’s Suite for Unaccompanied Cello, No. 1, which will be played live by School of Music student Gustavo Antoniacomi. 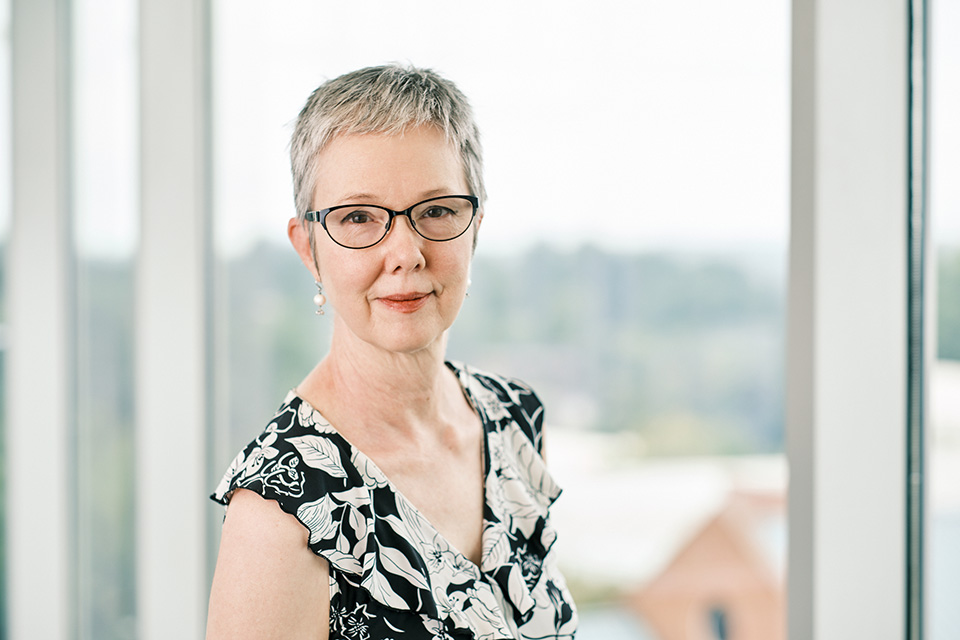 Brenda Daniels set a piece to a Bach cello suite for this year's Fall Dance Concert.

“This piece explores the musical world created by Bach’s beautiful cello suite,” says Daniels. “Solos, duets, trios and group sections make reference to the baroque dance forms embedded in the music, but with a contemporary slant.”

Daniels hopes “the dance has given our students a chance to be musical, kinetic, creative, playful, romantic, wild, elegant and silly – all in one piece.”

School of Dance faculty member Ming-Lung Yang will restage his celebrated work titled “No Trace” to round out the Fall Dance Concert. Inspired by Japanese Zen Gardens, the dance “explores simplicity, multiplicity, balance between empty and occupied space, and the energy stored in time.” 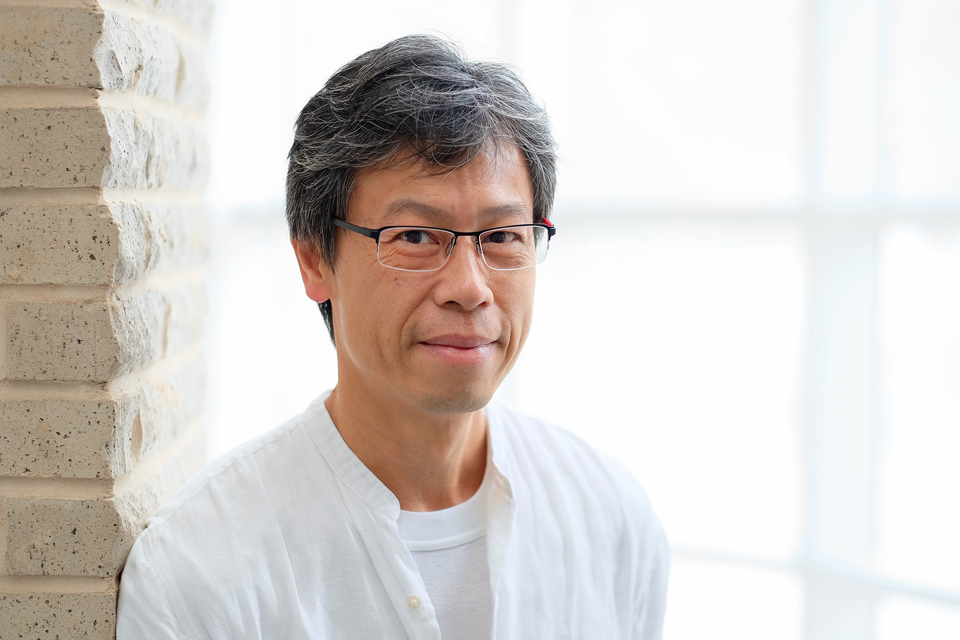 Yang is restaging his celebrated work "No Trace."

Yang explains that “the movement vocabulary and quality [of the work] are drawn from the essence of Chinese Opera movement and Chinese Fold Dance, which presents a considerable challenge to the students.”

“No Trace” first premiered at Ohio State University in 2010.

Brenda Daniels is the Associate Dean for the School of Dance at the University of North Carolina School of the Arts, and also holds the Betsy Friday Distinguished Professorship in Contemporary Dance. She joined the faculty at UNCSA in 1995, and has also served on the faculties of the American Dance Festival, Purchase College, Rotterdam Dance Academy, Cornish College and the Merce Cunningham Studio. She was artistic director of her own company, Brenda Daniels Dance Company, in New York City from 1985 – 1995, and has received choreographic grants from the National Endowment for the Arts. Brenda Daniels has a B.F.A. in Dance from Purchase College and an M.F.A. in Dance from Hollins University/American Dance Festival.

Kelly Maxner serves on both the Dance and Drama faculties at the University of North Carolina School of the Arts. He has choreographed for many universities and companies across America and internationally. Recently, he choreographed “Peter and the Star Catcher” and “Still Life with Rocket” in Washington, D.C. He is currently collaborating with Mollye Maxner on “Occupied Territories,” which opens Off-Broadway this October. Maxner is a graduate of the UNCSA School of Dance and the UNCSA School of Drama.

Robyn Mineko Williams danced for River North Dance Chicago and was a member of Hubbard Street Dance Chicago for 12 seasons. She has created for Hubbard Street Dance Chicago, Atlanta Ballet, Grand Rapids Ballet, Thodos Dance Chicago and Visceral Dance Chicago, and presented dances at the Kennedy Center, American Dance Festival and the Joyce Theater, among others. She was one of 2014 Dance Magazine's “25 to Watch” and is a three-time Princess Grace Foundation–USA award winner. In 2016, Williams was selected as one of NewCity Stage’s “Players: 50 People Who Really Perform for Chicago” and as Best Choreographer in Chicago Magazine’s “Best of” Issue.

Ming-Lung Yang earned his B.A. in Dance from Chinese Culture University and his M.F.A. in Dance from the University of Illinois at Urbana-Champaign. Yang has danced professionally with Henry Yu and Dancers, Ku and Dancers, Dance Forum Taipei, Hilary Easton and Wally Cardona, and was a member of the Trisha Brown Dance Company from 1994-1999. Yang was the Artistic Director of Dance Forum Taipei Dance Company from 2002-2005 and choreographs other independent projects. His choreography has been presented by numerous venues across Asia, Australia, Europe and the United States.