Based on a story by Belgian playwright Maurice Maeterlinck, “Impressions de Pelléas” is actually a reduced version of Debussy’s original opera. In 1992, Brooks shortened the five-act opera to 100 minutes with no intermission, cut the full orchestra down to just two pianos, and retitled the work. 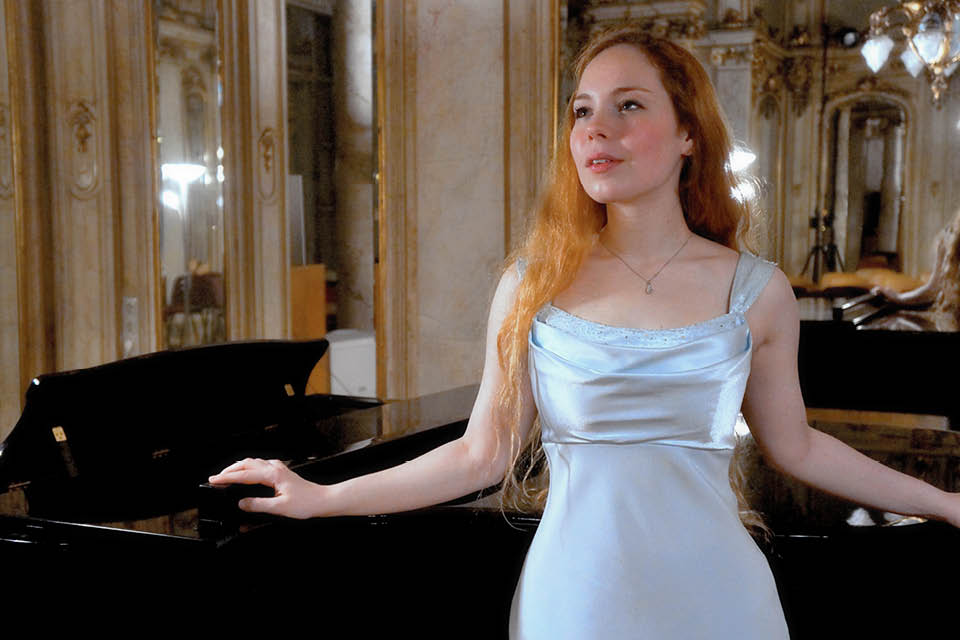 UNCSA has added its own touches to Brooks’ take on the opera. The two pianos will be bolstered by flute, cello and percussion – all sitting on stage during the show. The numerous locations called for in the script will all be represented in a single environment. Lighting will be used to break up that space into the various scenes.

“The time setting we have chosen is a post-apocalyptic dystopia,” says Director Nic Muni, who also serves as artistic director for the Fletcher Opera Institute. “It’s slightly futuristic but with a primitive look – a combination of ‘Game of Thrones,’ ‘Mad Max’ and ‘Lord of the Rings.’”

Muni describes “Impressions de Pelléas” as a ‘sung play.’ “It’s not as much an opera as a play with music, so it stretches our singers in terms of their acting ability.”

The opera has three central characters: Prince Golaud; his half-brother Pelléas; and Mélisande, a mysterious woman with an unknown past.

“Mélisande is as magnetic as she is enigmatic,” says soprano Eliza Mandzik, who shares the role with soprano Claire Pegram in UNCSA’s production.

“Golaud encounters her sobbing in the forest, is instantly captivated by her, and brings her back to the kingdom of Allemonde as his bride.”

As Mélisande settles into her new home, she “forges a particularly powerful connection with Golaud’s half-brother Pelléas,” which fills Golaud with uncontrollable jealousy and paranoia.

“Toward the end of opera, in a moment of unleashed passion, Golaud kills his brother when he discovers him alone with Mélisande,” says Muni. “However, it is not at all clear [in the opera] whether Pelléas and Mélisande are guilty of infidelity.”

This type of ambiguity is pervasive in “Impressions de Pelléas.” Take Mandzik’s character, for example.

“Mélisande is a tangle of contradictions,” Mandzik says. “She is a mysterious being who hungrily takes in every detail while revealing nothing about herself.”

“She draws people in to her with an allure that verges on supernatural, yet this appeal seems entirely unconscious on her part. She is straightforward with her words, but the subtext belying them is often obscured.”

The singers have to intimately understand their paradoxical characters in order to portray to the audience what Mandzik calls “the carefully-constructed ambiguity that makes the story so electrifying.”

“The music is very sophisticated, the characters are all deeply nuanced, and the piece demands a thoughtful interpretation in order for the full impact of the story to be felt.”

“We spent a great deal of time discussing the natures and motivations of the characters, and even performed sections of the original Maeterlinck play last fall in preparation.”

“Debussy’s masterwork is the sort of piece where one could delve into it for a decade and still be making discoveries.”

In addition to Mandzik and Pegram, the “Impressions de Pelléas” cast features Andrew Rene and Cameron Jackson as Golaud; Jacob Wright and James Smidt as Pelléas; Logan Trotter and Peyton Marion as Yniold; Karl Buttermann as Arkel; and Kathleen Felty as Genevieve.