The Spring Dance Concert at University of North Carolina School of the Arts, which runs April 19-22, has something for all dance lovers – from mesmerizing classical ballet to ethereal modern dance.

Performances will be held at 7:30 p.m. Thursday through Saturday, with an additional performance at 2 p.m. on Sunday at the Stevens Center, 405 West Fourth St. in downtown Winston-Salem.

Dance historian Elizabeth Kendall will give a pre-curtain talk at 6:30 p.m. on Thursday, April 19, and Friday, April 20. The talk, which gives insight into the pieces on the program, is open to ticket holders only.

Marius Petipa’s “Paquita” is a classical ballet that tells the story of a Spanish gypsy girl (Paquita) who falls in love with a young French officer.

While the ballet as a whole has not stood the test of time, excerpts from “Paquita” have remained a cornerstone of the classical ballet repertoire. 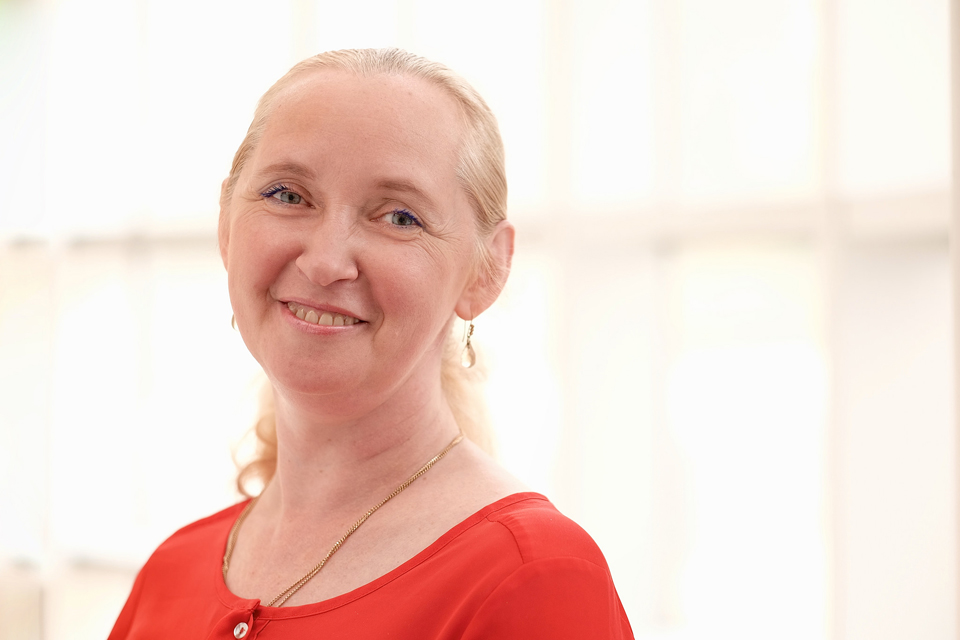 “The piece features one male and one female principal dancer,” says Draw, “as well as four soloists, six demi-soloists, and eight corps de ballet. We are having two cast for the production, so 38 dancers get the opportunity to participate.”

The excerpt is set to music by Ludwig Minkus.

Shen Wei’s “Behind Resonance” is a “quiet and calm piece,” according to stager Kate Jewett, who received her B.F.A. from UNCSA in 2001.

“This piece feels like a memory or glimpse into a past place in time,” says Jewett, who has been working with the graduating class – four men and 14 women – to bring the work to life. 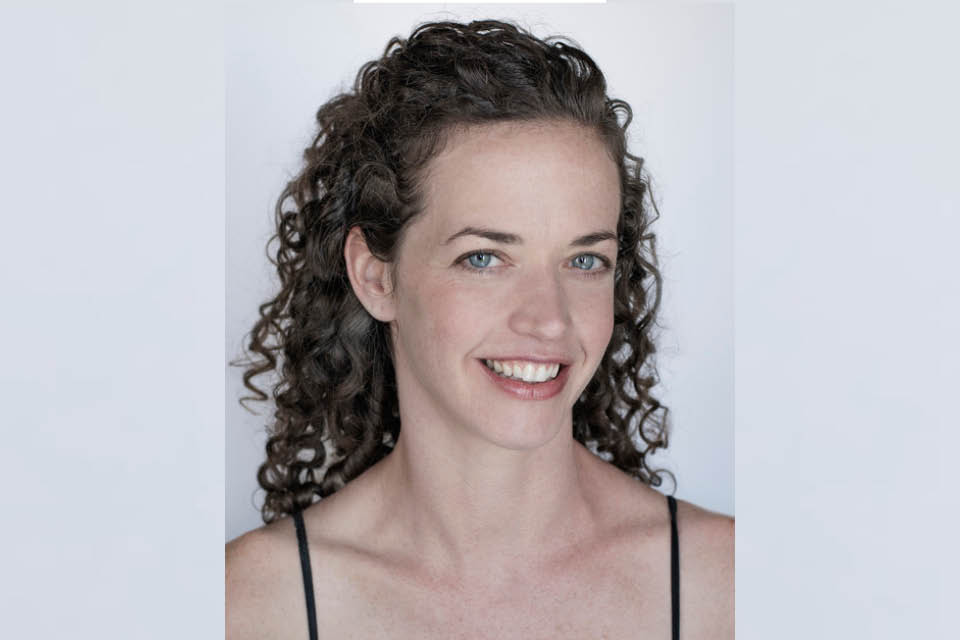 “The theater is open and exposed to the audience, and the reflective surface of the floor shimmers like water. The dancers feel like sculptures at times.”

Every performance of “Behind Resonance” is unique.

“The individual dancer has to make spatial decisions that change each time the piece is performed,” explains Jewett. “The students are challenged to maintain a certain focus and intention throughout the entire piece. It’s not only about what they are doing but more importantly how they are doing it.”

The piece is set to a score by David Lang.

“It offers them a unique chance to express themselves, to dance, with a very formal grandeur and dignity." 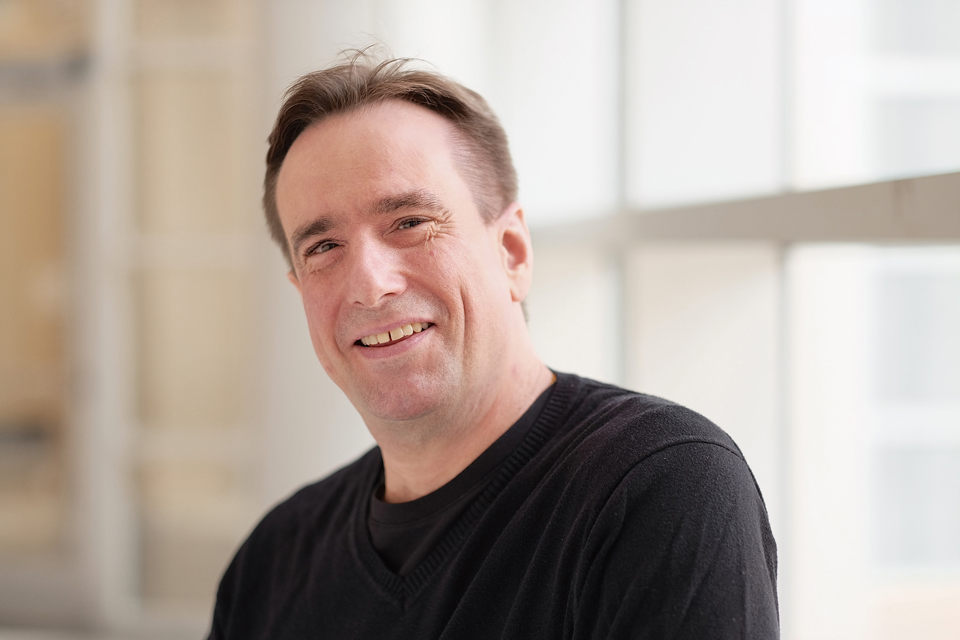 The work is a tribute to Limón’s mentor Doris Humphrey, a contemporary of Martha Graham.

“In making [the piece], Limón extracted, combined and varied movement from 14 of Humphrey’s own dances,” says Sullivan. “In its entirety, the full ‘Choreographic Offering’ is almost an hour long, so usually various parts of the whole are presented as a suite.”

Sullivan’s version runs about 20 minutes and is set to Johann Sebastian Bach’s “A Musical Offering.”

“Carmina Terra” by Dean of Dance Susan Jaffe is a premiere performance. Jaffe began work on her new piece during UNCSA’s inaugural summer Choreographic Institute in 2017.

Jaffe describes the dance as “a moody and plotless work inspired by the transcendence of the human spirit.”

The contemporary ballet piece was born out of desire to create “a challenging and architectural work” for the five male and seven female dancers on the stage.

“Carmina Terra” is a UNCSA team effort with music by Bruno Louchouarn, associate professor in the Division of Liberal Arts; costumes by Kathy Grillo, director of the dance costume shop; and lighting by UNCSA alum Roya Abab, who is lighting the entire program.

Eva Draw received her ballet training at the prestigious Bolshoi Ballet School and the State Academy of Theatrical Arts in Russia. Since her graduation from the Ballet School in 1979, she has enjoyed a successful career as a principal dancer with the Moscow City Ballet, the Stanislavsky Ballet and the Israel Ballet. During this time, she toured extensively, performing in countries such as Japan, Italy, England, Germany, Switzerland, Egypt and the United States.

Draw immigrated to Canada in 1993, and was accepted into the Teacher Training Program for professional dancers at National Ballet School (NBS) a year later. Upon her graduation in 1995, she joined NBS as an artistic staff member where she currently teaches ballet and is a senior student advisor. Draw has been a guest teacher at ballet schools throughout Canada and the United States, and has most recently taught at the Royal Danish Ballet School in Copenhagen, Denmark, and at the Nordic Seminar in Helsinki, Finland. She has also been a judge at the Youth America Grand Prix in New York City. Draw is an associate member of both the Royal Academy of Dance(RAD) and the Cecchetti association.

Based in Brooklyn, Kate Jewett is a dancer, dance maker, educator and rehearsal director. She holds a B.F.A. from UNCSA. Early in her career, Jewett was a member of Merce Cunningham’s Repertory Understudy Group. In 2005, she joined She Wei Dance Arts and was named rehearsal director in 2009. As the company education director, she created a dance-in-education program for New York City schools. Her own works have been performed at DeSales University, the United Nations, Park Avenue Armory, SCGSAH’s Gunter Theater, Milano Teatro Scuola, Paola Grassi, Fabbrica Europa and Performatica festivals. Jewett founded “Watusi Regime,” a site-specific collaborative performance series. She is the co-founder of “Moving Minds,” a workshop series that combines modern dance with critical thinking.

Sean Sullivan, a faculty member of the School of Dance at UNCSA since 1998, is currently an associate professor in the Contemporary Dance program. A former dancer with the Limón Dance Company from 1991 – 1996, Sullivan continues to serve the Limón Institute as a teacher and reconstructor of Limón repertory. For the UNCSA School of Dance, he has staged and directed José Limón’s masterworks “The Unsung,” “A Choreographic Offering,” “Concerto Grosso” and selections from “Missa Brevis,” “There is a Time,” and “Mazurkas.” He has also staged Doris Humphrey’s “Passacaglia” for the University of Illinois Urbana-Champaign and Colin Connor’s “Requiem” for the New York State Summer School of the Arts.

Throughout his career, Sullivan has choreographed 23 original works. He has twice received the UNCSA Excellence in Teaching Award, and in 2010 received a UNC Board of Governors Award for Excellence in Teaching. He has also been a recipient of the UNCSA Career Development Grant four times. Last year, Sullivan received a Faculty Reassigned Time award from UNCSA, and a Faculty Leadership Grant from the Kenan Institute allowing him to live in Munich, Germany for three months where he studied Qi Gong and Contact Improvisation, and visited four esteemed European dance conservatories. 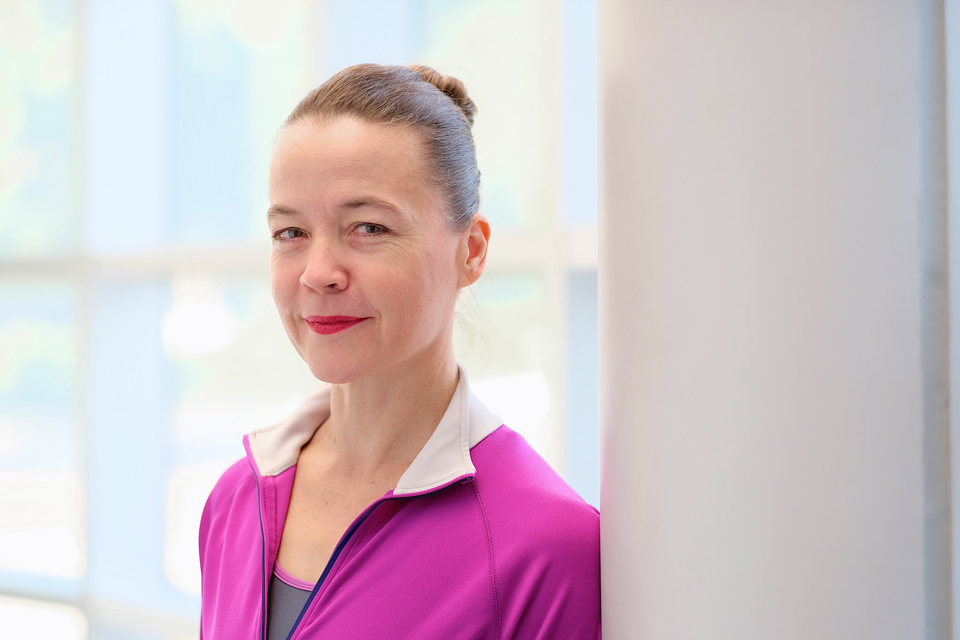 Jennet Zerbe brings studied regard and intuitive understanding of classical ballet to her students. Zerbe danced for eight years with American Ballet Theatre (ABT). She trained at The Royal Ballet School in London, and as a professional, she studied with Gilbert Mayer of the Paris Opera Ballet, Georgina Parkinson of the Royal Ballet, Elena Tchernichova from the Kirov and Mikhail Baryshnikov. She appeared in soloist roles in the classical ballets of ABT’s repertoire, as well as in a diverse range of works from George Balanchine and Kenneth MacMillan to Merce Cunningham.

After ABT, Zerbe earned her B.A. from Wellesley College. She participated in the launch of the teacher training program at the Jacqueline Kennedy Onassis School at ABT, became an ABT Certified Teacher, and earned her Maestro Enrico Cecchetti Diploma. Zerbe sought additional teacher training with Nancy and Murray Kilgour in Canada, and proudly carries these pedagogical giants into her work at every opportunity. Since joining the UNCSA faculty in 2014, she has acted as Ballet Mistress for Susan Jaffe, Natalia Makarova, Ethan Stiefel and Margaret Barbieri in staging ballets for UNCSA students. Zerbe was awarded a Kenan Institute Faculty Leadership Grant to engage and observe Western Europe’s best training acadamies. She believes careful, rigorous training in classical ballet techniques yields incisive, versatile dancers for the stage today.