School of Filmmaking is recognized by TheWrap and the Hollywood Reporter

UNCSA has been ranked sixth of TheWrap’s Top 50 Film Schools in its October issue, up from No. 10 last year.

Earlier this month, The Hollywood Reporter ranked UNCSA No. 16 on its list of the Top 25 Music Schools for Composing for Film and TV, up from No. 18 last year.

A photo of UNCSA School of Filmmaking alumna Moriah Hall with TheWrap’s CEO, Sharon Waxman, and Starz VP Original Programming Karen Bailey, was published on the Editor’s Letter page of TheWrap. Hall is one of the producers of Nathan Knox’s 2018 senior thesis film “No Sanctuary,” which won the student film award at TheWrap’s eighth annual Short List Film Festival in August. 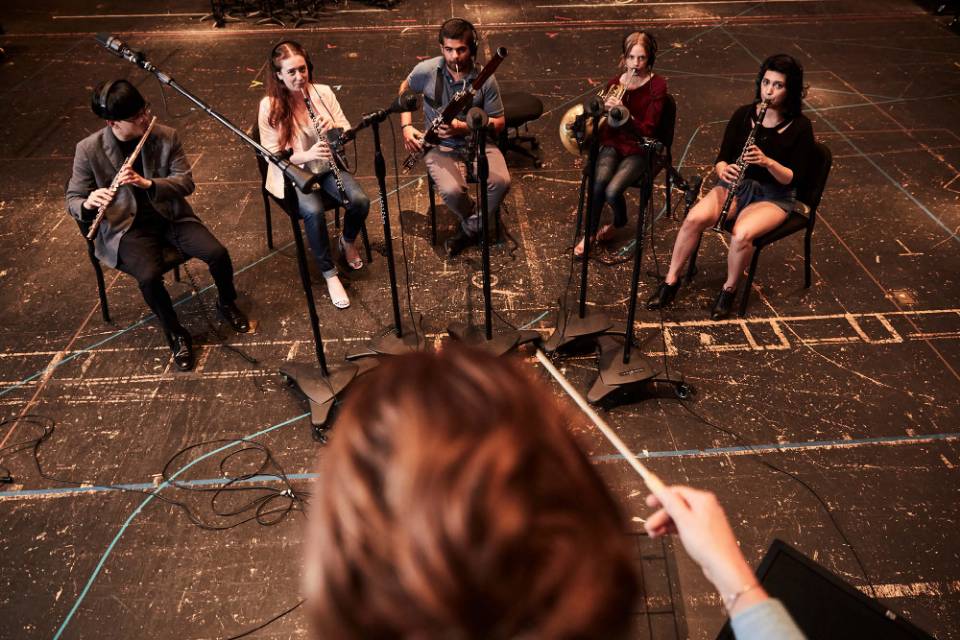 The Hollywood Reporter has ranked the Film Music Composition Program among the top 25. / Photo: Jeremy Cowart

“UNCSA’s School of Filmmaking, which looks like a Hollywood backlot and produced Danny McBride, David Gordon Green, Jody Hill and Jeff Nichols, has plenty to celebrate in its 25th year,” TheWrap states. “It offers its 359 film students a 9-to-1 faculty-student ratio and a hands-on approach to education that emphasizes storytelling. It costs less than half what some of its rivals charge, and for that you get connected with the likes of ‘Mad Men’ auteur Matthew Weiner, who shot his feature film ‘Are You Here’ with UNCSA student talent, and the Sundance Film Festival, which partners with UNCSA.”

The Hollywood Reporter relied on the results of a survey sent to more than 1,500 members of the Society of Composers & Lyricists to come up with its 2019 rankings. UNCSA stood out because it’s the only program in the world in which a film scoring program is located inside a film school as opposed to a music school, and where film music composition students are working and taking classes with filmmakers. The program also features a 4,000-square-foot Film Scoring Stage that is large enough to accommodate a 75-piece symphony orchestra – the largest space of its kind on the East Coast.

TheWrap is the leading digital-first news organization covering the business of entertainment and media.

The Hollywood Reporter is the leading source for breaking news about Hollywood and entertainment, including movies, TV, reviews and industry blogs.