Kevin Bitterman of New York-based Theatre Communications Group will be the new executive director of the Thomas S. Kenan Institute for the Arts at UNCSA effective Aug. 16, Chancellor Brian Cole has announced.

Bitterman will lead the initiatives and activities of the Kenan Institute for the Arts, which forges local, regional and national partnerships aimed at strengthening the arts environment and increasing the contributions that artists make to develop social and economic capital. The institute also seeks to build and engage the creative community through programs like the Art Restart podcast, Creative Catalyst fellowships and Artivate Summit. 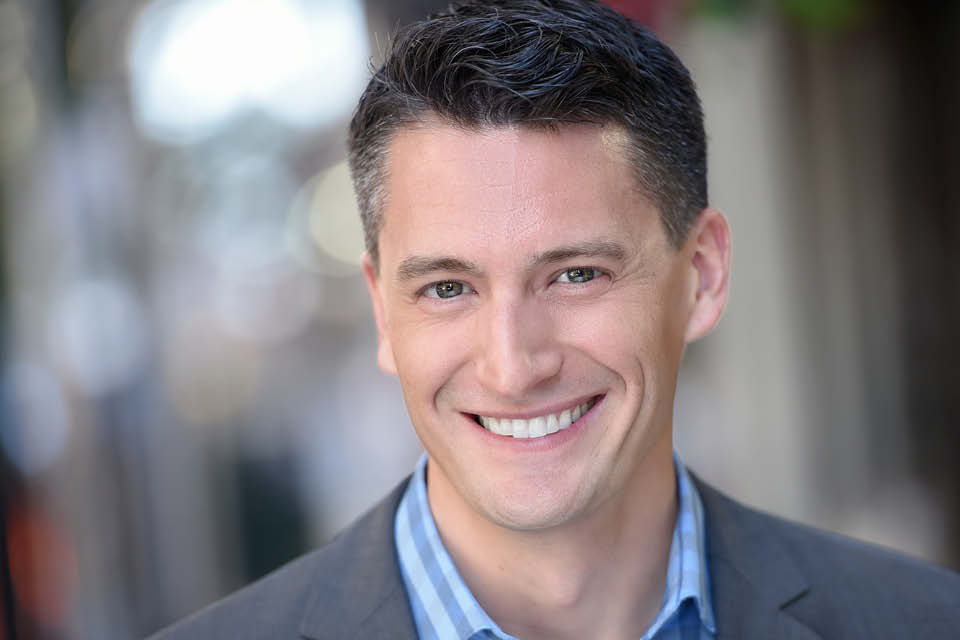 Since 2008, Bitterman has worked for Theatre Communications Group (TCG), a national arts service organization that promotes professional, nonprofit theater in the United States, in multiple roles and most recently as director of institutional advancement and partnerships since 2017. He provided leadership for TCG’s COVID-19 national response and relief strategies; previously co-chaired TCG’s equity, diversity and inclusion workgroup; and facilitated cross-departmental teams to implement more than $20 million in programs with philanthropic partners including The Andrew W. Mellon Foundation, Doris Duke Charitable Foundation, the National Endowment for the Arts, the Howard Gilman Foundation, the William & Eva Fox Foundation, Walt Disney Imagineering, and more.

“Kevin Bitterman is a national leader in the nonprofit arts arena and in arts collaboration, and that makes him a perfect fit to guide the Thomas S. Kenan Institute for the Arts in realizing its vision and furthering its strategic goals and initiatives,” said Chancellor Cole. “His 18-plus years of experience as a program director, fundraiser, producer, grant maker and community leader will serve him well as he takes the reins at the Kenan Institute. I am pleased and excited to welcome him to the UNCSA community.”

Kevin Bitterman is a national leader in the nonprofit arts arena and in arts collaboration, and that makes him a perfect fit to guide the Thomas S. Kenan Institute for the Arts in realizing its vision and furthering its strategic goals and initiatives.

Bitterman said, “Artists and cultural organizations are essential to the well-being and recovery of communities across the country. The Kenan Institute for the Arts is at an exciting moment in its lifecycle – and is uniquely positioned to be of even greater service as the cultural sector rebuilds for a more equitable, sustainable, and resilient future. It is an honor to join the UNCSA community, and I look forward to partnering with the faculty, staff, students and alumni to further advance the Kenan Institute’s investment in artists and creative leaders throughout the arts ecosystem.”

“Kevin Bitterman has demonstrated a passion for the vision and core values of both the Kenan Institute for the Arts and the School of the Arts,” said Thomas S. Kenan III. “He also has a proven record of building strategic relationships and gaining financial support for initiatives that support the creative community. I am thrilled to welcome him aboard.”

Kevin Bitterman has demonstrated a passion for the vision and core values of both the Kenan Institute for the Arts and the School of the Arts. He also has a proven record of building strategic relationships and gaining financial support for initiatives that support the creative community.

Daniel W. Drake, president of the Kenan Fund for the Arts, said, “Kevin Bitterman brings a fantastic background to the Institute for the Arts, with his experience in developing arts organizations. His experience spans a range of disciplines and his successes over the years bode well for the Kenan Institute and for UNCSA. I look forward to working alongside him as he expands the impact of the institute.”

Bitterman has led both programmatic and institutional fundraising strategies throughout his tenure with TCG. From 2008-2017, he co-designed and administered a portfolio of grantmaking and capacity-building initiatives, learning convenings, and professional development programs designed for early to midcareer artists and leaders. In 2016, Bitterman co-created the Global Theater Initiative, a partnership between TCG and the Laboratory for Global Performance & Politics at Georgetown University to promote cultural exchange, including delegations of U.S. artists to festivals around the world and presenting the work of international artists at the annual TCG National Conference. For nearly a decade, he co-produced events for World Theatre Day, collaborating with globally recognized theater artists and playwrights in partnership with the International Theatre Institute.

Prior to TCG, Bitterman served as the assistant director of the Bush Foundation’s Artist Fellowship Program and as the producing artistic associate with Theatre de la Jeune Lune where he managed national partnerships and coproductions with the Berkeley Repertory Theatre, La Jolla Playhouse, American Repertory Theatre, and the Alley Theatre. Bitterman received his Bachelor of Arts from St. John’s University and is a graduate of the Ecole Jacques Lecoq in Paris. He received his Master of Public Administration from the New York University Wagner Graduate School of Public Service and is an alumnus of the James P. Shannon Leadership Institute. Currently, he serves as board chair of the Tofte Lake Center, a national artist residency program in Ely, Minnesota, and on the board of directors for the Frederick Douglass Boulevard Alliance in New York City.

For nearly 30 years, the Kenan Institute for the Arts has helped artists and creatives realize their potential by serving as a catalyst that encourages and supports the exploration and development of new knowledge to transform the way artists, organizations, and communities approach their creative and educational challenges. The Kenan Institute remains committed to furthering the artistic vision and strategic initiatives of UNCSA, as well as to sustaining and promoting the artistic development of its students, alumni and faculty throughout the arts and creative industries.

UNCSA is North Carolina’s only university devoted entirely to training talented students to become professional artists. Founded in 1963 as America’s first public arts conservatory, the institution has since developed a justly deserved international reputation. Located within Winston-Salem’s vibrant visual and performing arts community, UNCSA provides gifted emerging artists with the experience, knowledge and skills needed to excel in their disciplines and in their lives. UNCSA enrolls more than 1,300 students across its five arts schools, which are the schools of Dance, Design and Production, Drama, Filmmaking, and Music, as well as the undergraduate Division of Liberal Arts and the High School Academic Program. Its graduates have attained the highest levels of achievement in their fields.

At the Kenan Institute for the Arts, Bitterman succeeds Corey Madden, who stepped down as executive director in June 2020. Lynda Summerlin Lotich, associate director of the institute, has served as interim director.