The brass faculty within the Community Music School at UNCSA come from a diverse background of musical performances and styles. From local ensembles to international symphony orchestras, they bring a wealth of professional experience to their private and group lessons. 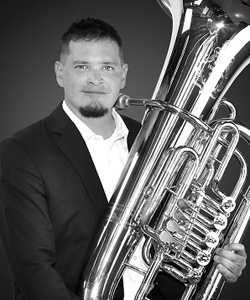 Raised in Apple Valley, Minnesota, Brent Harvey serves as Assistant Professor of Low Brass at Winston-Salem State University. He holds a Bachelor of Music degree from the University of Minnesota, and Master of Music and Doctor of Musical Arts degrees from University of North Carolina at Greensboro. Brent has performed with the Minnesota Orchestra, the National Wind Ensemble in Carnegie Hall, the Catania International Festival Orchestra in Italy, the Fountain City Brass Band in the United Kingdom and Western Europe, the Pine Mountain Music Festival Orchestra, the Charleston and Long Bay Symphony Orchestras and in North Carolina with the Greensboro, Winston-Salem and Fayetteville Symphony Orchestras. 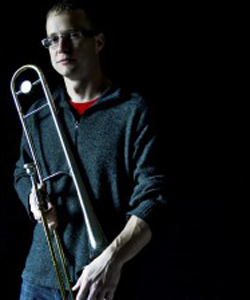 Cameron MacManus is a trombonist, composer and bandleader who has called Winston-Salem home since 2009. Prior to moving to North Carolina, Cameron lived in the NYC metro area, where he gigged and recorded in genres as diverse as hip hop, gospel, jazz and salsa. He can be heard on recordings by indie songwriter Nellie McKay and jazz legends Clark Terry and Louis Bellson, among others.

Cameron attended UNCSA as a post-graduate Performing Artist Certificate candidate and graduated in 2011 after studying trombone with both James Miller of the LA Philharmonic and James Ilika of the North Carolina Symphony. Cameron founded the Piedmont Jazz Composersʼ Collective, a small jazz ensemble dedicated to the exploration of new compositions and the Little Apple Big Band. He serves as the music director of the Camel City Jazz Orchestra and Orquesta Internacional La Clave, and as a soldier-musician in the 440th Army National Guard Band. 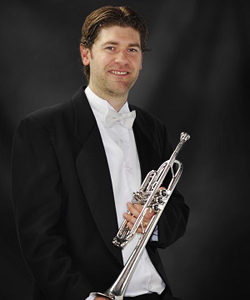 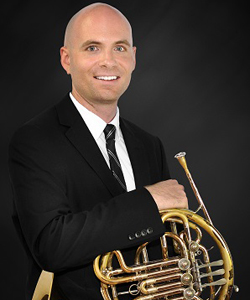 Born and raised in Cape May, New Jersey, Benjamin Weber is now happy to call North Carolina home. Benjamin moved to Winston-Salem to study with David Jolley of the Orpheus Chamber Symphony at UNCSA, where he received both his bachelors and masters degrees in horn performance. He performs with ensembles across the state, including the Winston-Salem, Greensboro, Western Piedmont and Raleigh symphonies, and a variety of other ensembles.

Sgt. Weber is also a member of the North Carolina Army National Guard's 440th Army Band. The unit is stationed in Raleigh and performs regularly for the public, state government, and military functions. Benjamin also graduated as the Distinguished Honor Graduate from the Army School of Music's Advanced Leader Course. He is a passionate teacher working locally with Separk Music, the Community Arts School, the Salvation Army's Music Conservatory and maintaining an active private studio.