The Community Music School offers private voice lessons with some of Winston-Salem's most accomplished vocalists, some of whom are UNCSA alumni themselves. From roles in Piedmont Opera productions to the stages of Midtown Manhattan, your voice instructor will bring their professional experience to the table while helping you develop your own artistic voice. 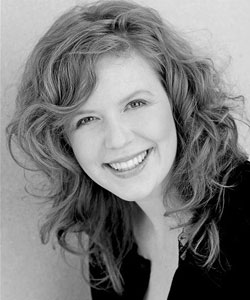 Soprano Jodi Burns is recognized as an exciting new voice in opera. After viewing her debut as Ann Trulove with The Princeton Festival's The Rake's Progress, Anthony Tommasini wrote in The New York Times of her “plush voice and rich expressivity.” And her “soprano soared” as Josephine in H.M.S. Pinafore with Piedmont Opera, according to The Winston-Salem Journal.

Her reflective, deliberate character interpretations and graceful presence lit up the stage during her study as a fellow at UNCSA’s A.J. Fletcher Opera Institute. She holds a Master of Music from UNCSA and B.M.E. from The Ohio State University.

Prior to her professional debut with Piedmont Opera as Josephine in H.M.S. Pinafore, Jodi appeared numerous times on the stage of the Stevens Center. Roles include Barbarina (The Marriage of Figaro), the Dew Fairy (Hansel and Gretel), and Ida (Die Fledermaus) — all with conductor Jamie Allbritten. She performed with the Princeton Festival under conductor Richard Tangyuk as Ann Trulove (The Rake's Progress) and Lauretta (Gianni Schicchi). With the Fletcher Institute she gave commanding performances as Maria (Maria Stuarda), Adina (L'Elisir d'Amore), Rose (Street Scene) and Flaminia (Haydn's Il Mondo della Luna), again with Jamie Allbritten conducting.

Other appearances include Lauretta (Gianni Schicchi) with Opera Theatre of the Rockies and concert performances with the North Carolina Symphony (Mozart, Exsultate Jubilate, Mass in C Minor, Martern Aller Arten) conducted by Grant Llewellyn, the Winston-Salem Youth Symphony (Poulenc Gloria, Vaughan Williams Benedicite) and with the UNCSA Symphony (Mahler, Symphony No. 2), conducted by John Mauceri. She also is the singer/songwriter in the band Judy Barnes. The band performs throughout the state, having had features spots at Hopscotch Music Festival in Raleigh and Phuzz Phest in Winston-Salem. 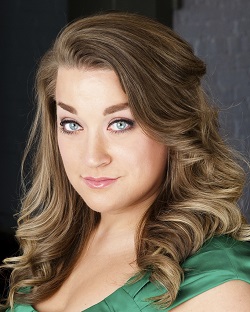 Kristin Schwecke has been heralded by Opera Lively as “a name to keep in mind... her voice filled the house and dominated the stage. Simply spectacular! What a promising dramatic soprano!”

Kristin holds a Performing Artist Certificate from the A.J. Fletcher Opera Institute at UNCSA. During her time there, she was featured as the soprano soloist, Lia, in Debussy’s L’efant prodigue, with the UNCSA Symphony Orchestra. Kristin also sang the title role in Puccini’s La Rondine, Mrs. Coyle (Owen Wingrave), Alice Ford (The Merry Wives of Windsor) and also performed the role of Abigail Williams in Robert Ward’s The Crucible — a joint production with UNCSA and Piedmont Opera. Kristin has also performed with Piedmont Opera as Kate Pinkerton in Madama Butterfly and was the cover for the title role.

In the summer of 2015, Kristin performed with the Hubbard Hall Opera Theatre as Countess in Le Nozze di Figaro. In the summer of 2013 she was an Apprentice Artist with Chautauqua Opera, where she performed in Benjamin Britten’s Peter Grimes and was a featured soloist with the Chautauqua Symphony Orchestra. She also covered the role of Alice Ford in Verdi’s Falstaff.

Kristin is a former Young Artist with the Crested Butte Music Festival where she sang Mimi (La bohème) in concert under the baton of Covent Garden’s David Syrus. In concert, Kristin has most recently sung Verdi’s “Requiem” with the UNCSA Symphony Orchestra and Bruckner's “Te Deum” with The Fayetteville Symphony Orchestra. She has appeared as the soprano soloist in Mendelssohn’s “Elijah” and Beethoven’s “Mass in C” with The University of Wisconsin-Madison’s Symphony Orchestra. She was also the soprano soloist in Orff’s “Carmina Burana” with the Cobb Symphony in Georgia.

Originally from Wisconsin, Kristin graduated from the University of Wisconsin-Madison with a Master in Music, where she studied under Mimmi Fulmer. While attending UW-Madison, she performed the title role in Massenet’s Thaïs. She has received honors in the HeafnerWilliams Vocal Competition, the Fritz and LaviniaJensen Foundation Competition, Charlotte Opera Guild Competition, Rosen-Schaffel Young Artist Competition, Schubert Club Bruce P Carlson Scholarship Competition and internationally from the Czech and Slovak International Singing Competition. She was also the winner at the district level and received an Encouragement Award at regional level in the Metropolitan Opera National Council Auditions.

Kristin began teaching voice lessons 10 years ago and thoroughly enjoys working with children. She has performed hundreds of outreach shows in middle schools across the Southeast. Kristin has been seen in Children's Operas like The Billy Goats Gruff and The Three Little Pigs. She also toured with The Open Dream Ensemble in their original production of Big Shoes. 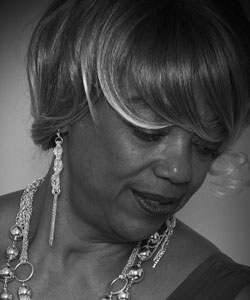 Diana Tuffin recently returned to Winston-Salem after working in the Metropolitan New York and New Jersey area for two years. Diana has performed in some of the Metro’s most prestigious venues, including one of New York’s oldest jazz establishments, Showman’s Jazz Club, in Harlem and in Tavern on the Green and Route 66 in Midtown.

Diana’s musical journey has brought her under the tutelage of one of the world’s most prolific composers, arrangers, piano accompanists and vocal coaches, Norman Simmons, who worked with Joe Williams, Carmen McRae and other jazz giants. Prior to leaving Winston-Salem in 2012, Diana thoroughly enjoyed performing jazz, blues, spirituals and old school R&B throughout the state. For the past nine years, Diana has graced the International Furniture Market with her diverse musical interpretations for worldwide visitors. She was also selected to represent the Triad as one of the featured vocalists in Weaver Academy Theater’s The Living Legends of Jazz and Blues.

Diana has performed with both locally and internationally-known musicians. Among these musical leaders are Nat Adderley Jr., Wynard Harper, Andrea Brachfeld, Akiko Tsuruga and many others. Diana and her husband, WNAA radio personality Ron “Big E” Eldridge, are happy to be back home in Winston-Salem, where she declares, “nothing could be finer!” 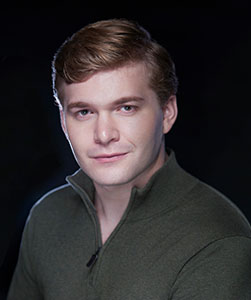 Logan Webber is a native of Colorado Springs, Colorado. He has performed with The Colorado College Vocal Arts Symposium and Festival, Colorado Springs Fine Arts Center, Opera Theater of the Rockies, A.J. Fletcher Opera Institute, Piedmont Opera, Ash Lawn Opera, Chautauqua Opera, the Children's Opera, the Rural Artists Project in Alaska, the Salisbury Symphony, and the American Institute of Musical Studies program in Graz, Austria. Mr. Webber has performed in many productions with the Maryland Opera Studio including  Die  Fledermaus,  Love/Hate,  Così fan tutte , and premiered the role of Justice Scalia in a new works reading of the opera  Scalia/Ginsberg. He made his main stage debut at The Princeton Festival as Rector Horace Adams in  Peter Grimes and performed the role of Spoletta in Piedmont Opera's  Tosca in 2016. In 2017, Mr. Webber played the role of Jonathan Dale in the North Carolina premier of Kevin Puts'Silent Night, also with Piedmont Opera. Logan received his Bachelor's in Music from the University of the North Carolina School of the Arts where he was awarded a William R. Kenan Jr. Excellence Award from the William R. Kenan, Jr. Charitable Trust. At this institution Logan studied under the direction of Dr. Marilyn Taylor, Chair of the Voice Department. Mr. Webber received his M.M. In Opera Performance from the University of Maryland at College Park under the direction of Delores Ziegler. He currently resides in Winston-Salem and studies under Jamie Allbritten.

In addition to operatic performance, Mr. Webber was the resident director and musical director for Taylor Dance’s Imagine Youth Theater in Southern Pines, NC for the 2016 and opening of the 2017 seasons. During this time Logan directed 5 youth productions, with students ages 8-17. Productions included: Disney’s The Little Mermaid Jr., Alice in Wonderland Jr., Disney’s Aladdin Jr., Disney’s Peter Pan Jr., and The Pirates of Penzance Jr.