Miss America Nia Imani Franklin returns home to Winston-Salem and her alma mater, the University of North Carolina School of the Arts, on Saturday, Nov. 3, for a performance and panel discussion on women in the arts.

Women Power the Arts, the Arts Empower Women, a panel discussion and question-and-answer session, is scheduled for 11 a.m. to 12:30 p.m. in Watson Hall on the UNCSA campus, 1533 South Main St. in Winston-Salem. It is free and open to the public.

This is Franklin’s first visit since winning the title of Miss America 2019 and its $50,000 scholarship award. Throughout her year as Miss America, Franklin will travel the country speaking on her social impact initiative, Advocating for the Arts. 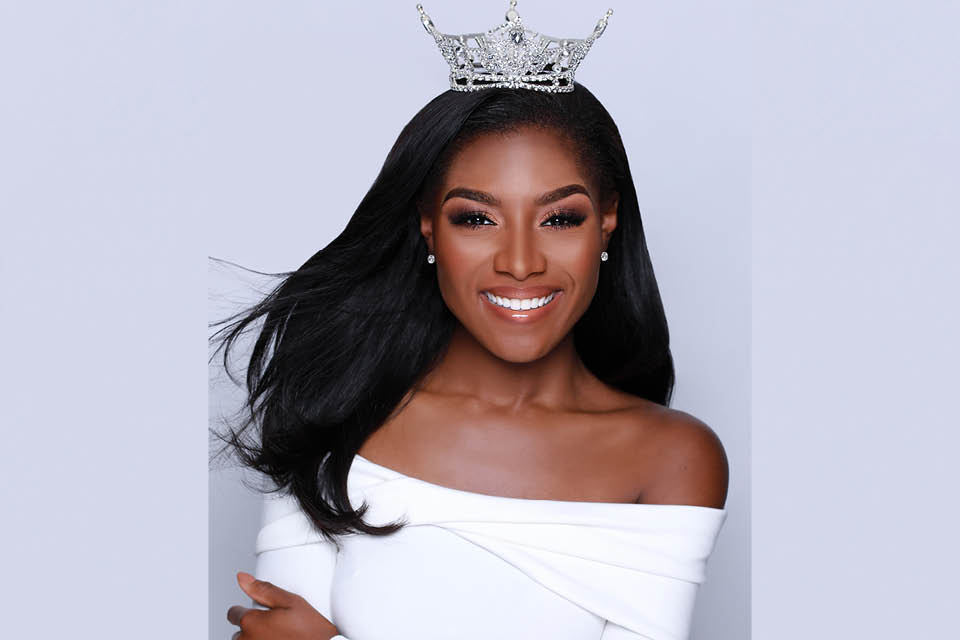 Alumna Nia Franklin will perform and participate in a panel discussion on women in the arts at UNCSA on Nov. 3. / Photo courtesy of Miss America Organization

Franklin’s homecoming will also include a parade in her honor presented by the City of Winston-Salem, starting at 3 p.m. Nov. 3 in the 400 block of Patterson Avenue and ending at the Benton Convention Center. Visits to her church, Mount Zion Baptist Church, and the elementary school where her mother teaches will follow on Sunday and Monday, respectively.

Franklin is a classically trained opera singer who earned a master’s degree in composition from the UNCSA School of Music in 2017. While at UNCSA, where she studied with Lawrence Dillon, she was a member of ArtistCorps, an artist-driven AmeriCorps service program that places accomplished artists in public schools and community-based institutions to work with high-needs students.

Upon her graduation, she moved to New York City as the recipient of a Kenan Fellowship at Lincoln Center Education and began collaborating with a New York charter school organization to promote the importance of arts education. She also teamed up with Sing for Hope, a nonprofit organization focused on creating a better world through the power of music.

We could not be more proud of Nia, who mustered her personal courage to pursue a passion that put her in a national spotlight, as many of our graduates have done. She has a powerful platform to advocate for one thing she has always cared about most deeply, something very near and dear to the hearts of everyone at UNCSA, the guiding principle that has saved the lives and souls of so many of our nation’s youth: the value of the arts, of artists, and of arts education.

“We could not be more proud of Nia, who mustered her personal courage to pursue a passion that put her in a national spotlight, as many of our graduates have done,” said Chancellor Lindsay Bierman, who will provide a welcome for the homecoming event. “She has a powerful platform to advocate for one thing she has always cared about most deeply, something very near and dear to the hearts of everyone at UNCSA, the guiding principle that has saved the lives and souls of so many of our nation’s youth: the value of the arts, of artists, and of arts education.”

Dean of Music Brian Cole, who will moderate the panel, said Franklin is a strong voice for the power of art to transform the lives of children. “Through her work with ArtistCorps, she witnessed how exposure to music in particular improved children’s capacity for learning,” he said. “The arts and arts education have a very powerful advocate in Nia.”

Nia Franklin was born in Winston-Salem and lived in the state through graduate school. She earned an undergraduate degree in composition from East Carolina University, and a Master of Music from the University of North Carolina School of the Arts. Shortly after, Franklin was awarded a Kenan Fellowship at New York’s Lincoln Center Education and made the move to New York City. She currently resides in Brooklyn. 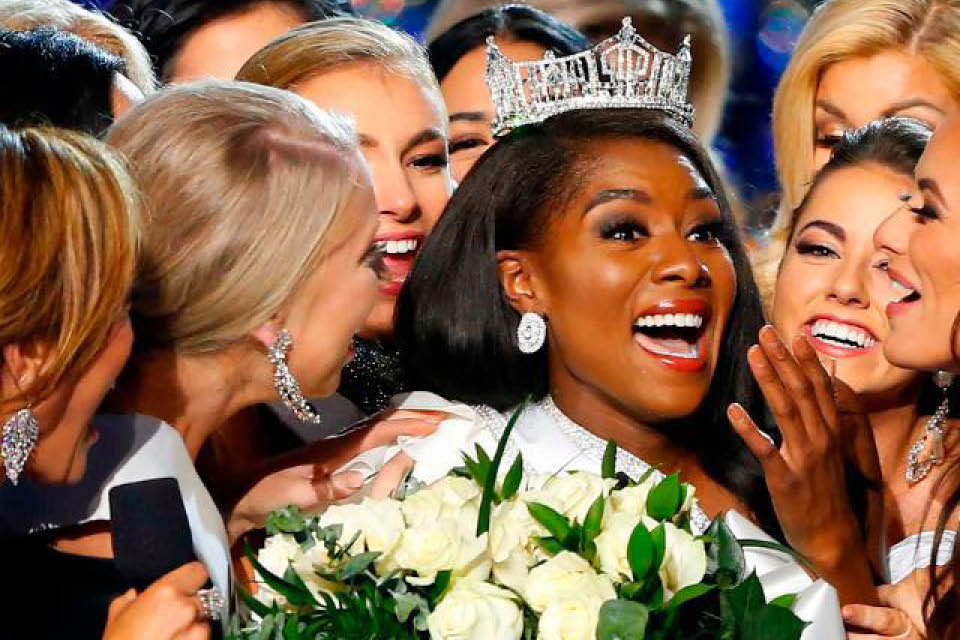 During Franklin’s college freshman year, her father was diagnosed with non-Hodgkin’s lymphoma, and she became his stem cell donor. This turn of events led Franklin to the Miss America Organization. “I had to find a way to pay for myself to go to school and so I entered this competition and this organization and it became much more than just the scholarship money for me; it was also about the mentorship, leadership and sisterhood you find in this program.”

Franklin was crowned Miss Five Boroughs at the age of 23, and then went on to win Miss New York 2018.

Franklin has been a teacher and music mentor, and has written more than 100 songs, including one she began performing at age five. (The lyrics begin: “Love, love, love, love, love is the only thing that matters to me…”).  For the Miss America 2019 competition, Franklin sang “Quando m’en Vo'” from Puccini’s La Boheme and wowed audiences and judges alike.

When she made the move to New York, Franklin teamed up with Sing for Hope, a nonprofit organization. Since 2006, Sing for Hope has reached 40,000 schoolchildren and placed 450 artist-created Sing for Hope Pianos throughout public spaces, hospitals, and schools.

Davia Esther Bunch, Miss South Carolina, is a native of Spartanburg, S.C. She is a rising senior at the University of South Carolina pursuing a B.A. in political science with double minors in public relations and Russian language. With a dedication to academics, Bunch has placed on the Dean's and President's lists and plans to earn a Juris Doctor with her $50,000 scholarship from the Miss South Carolina Scholarship Organization and the Miss America Organization. 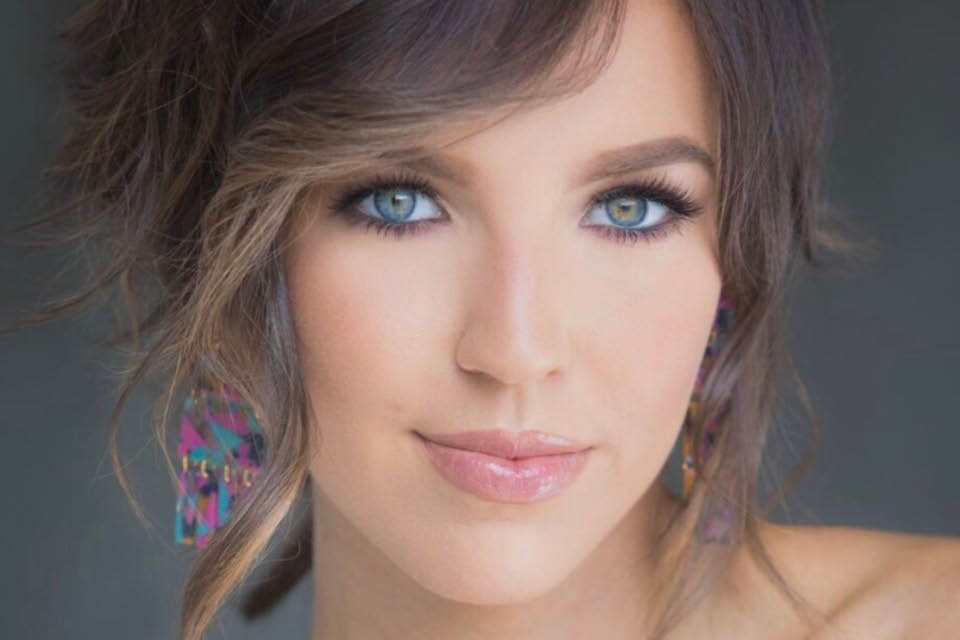 A classically trained ballet dancer since the age of three, Bunch has performed in cities worldwide. Bunch studied Russian language and ballet one summer on full scholarship sponsored by the State Department in Moscow. Her excellence in ballet and Russian language earned her a year-round position at the Bolshoi Ballet Academy in Moscow.

At the 2018 Miss South Carolina Competition, Bunch was the only double preliminary winner, winning scholarship money for the talent and lifestyle and swimsuit competitions. In addition, she was the overall talent winner at the competition.

At the Miss America Competition, Bunch was named the National Miracle Maker, raising more than $33,000 for the Children's Miracle Network. Since the passing of her mother and grandfather to leukemia, she has become an advocate for "Be The Match," the national bone marrow registry. Bunch has met with those in Congress to discuss legislation for bone marrow information to be accessible in Division of Motor Vehicles branches across South Carolina; has raised funds for the registry; and has partnered with the national apparel brand, "Love Your Melon," in a social media campaign to give a hat to every child diagnosed with pediatric cancer. With leukemia being the leading cause of cancer death in children, Bunch sees it as her life's work to continue advocating for the national bone marrow registry and obtain a profession in health law.

Savannah Culbreth grew up in Eastover, N.C., beginning music lessons at a very young age with her mother, a classically trained pianist who was working toward a master’s degree in piano pedagogy. She grew up singing in talent shows and events across North Carolina with her mother as accompanist. 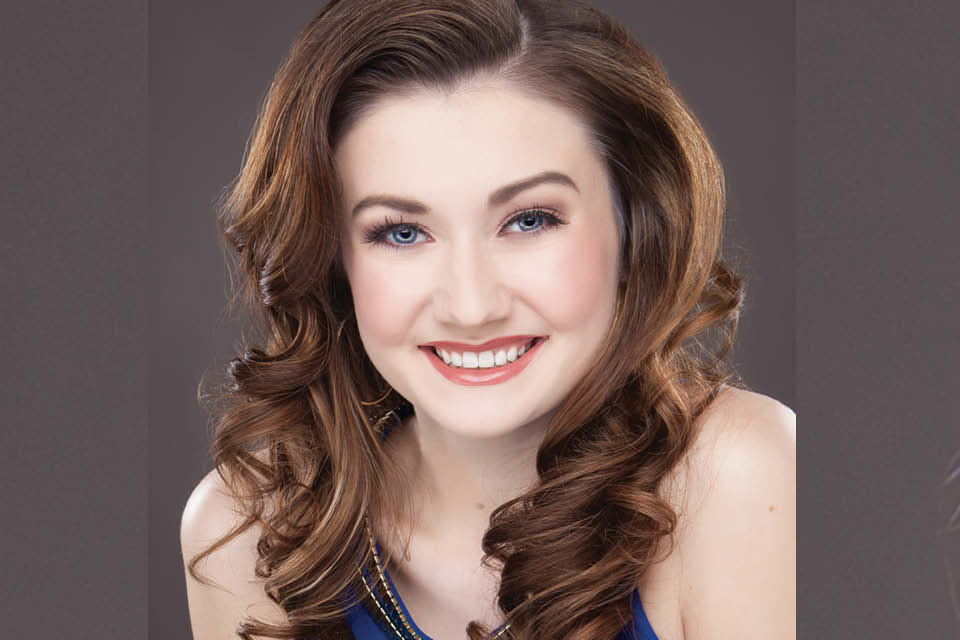 Savannah Culbreth studies voice in the School of Music.

Through her pageant experiences, Culbreth has raised hundreds of dollars for the Children’s Miracle Network and the American Brain Tumor Association. This past year as Miss Durham, she became an advocate for verbal abuse victims and launched her platform called the Sticks and Stones Project: Breaking the Stigma Associated with Verbal Abuse.

Culbreth studies voice with Glenn Siebert in UNCSA’s School of Music. She plans to continue competing in the Miss America Organization and hopes to perform on Broadway.

An attorney specializing in complex civil litigation, Cheslie Kryst loves to learn and develop her diverse range of interests. In addition to practicing full-time as an attorney, Kryst runs a blog—White Collar Glam—that provides workwear fashion inspiration and resources for women. 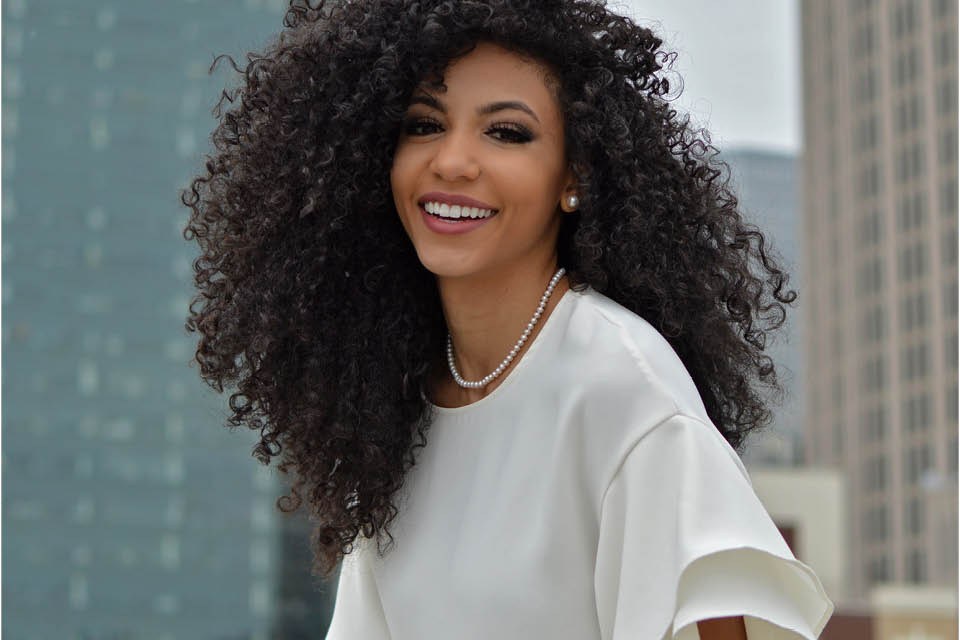 Kryst is a graduate of the Wake Forest University School of Law and Graduate School of Business, where she earned both a Juris Doctor and a Master of Business Administration. While at Wake Forest, she competed on the AAJ Trial Team that won the 2017 Trial Team National Championship.

For her senior thesis in undergrad, Kryst conducted research on body image and clothing design. She used her research and a $1,500 grant from the Honors College to design and construct a line of evening gowns for women with varying body types. In 2016, she won the “Rock the Runway” design competition after she designed and constructed a line of eveningwear out of clothes purchased from Goodwill. She also made a ball gown out of newspaper for the competition.

Kryst is a self-taught pianist and played Stevie Wonder’s “Don’t You Worry ‘Bout a Thing” on the piano at the 2015 Miss North Carolina Scholarship Pageant, where she placed first runner-up. She was recently crowned Miss North Carolina USA 2019 and is looking forward to competing at Miss USA next year.

Rebecca Nussbaum has an abundance of experience in arts administration, community engagement, and arts integration. In 2015 she launched the Community Engagement Office at the University of North Carolina School of the Arts which, over the course of its first three years, contributed over 51,000 hours of engagement programming throughout the Winston-Salem area from UNCSA students and recent graduates. Among other initiatives, Nussbaum oversees the ArtistCorps program which currently has 34 members. 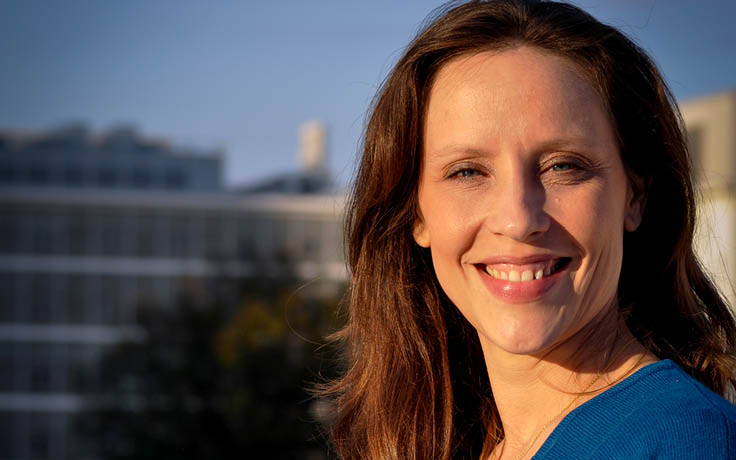 Rebecca Nussbaum is director of Career Development and Community Outreach.

For nine years she was the general manager and artistic producer of the Open Dream Ensemble, an outreach program of UNCSA that created original musical theater productions and school residencies. Under her leadership, Open Dream Ensemble performed in 41 North Carolina counties and seven other states for over 168,000 youth; carried out 37 arts-integrated residencies; launched the first web-series for children; and mounted six original stage productions.

Since 2008, Nussbaum has been a fellow with the A+ Schools of North Carolina. Through this, she works across North Carolina providing professional development for teachers on how to integrate the arts into their curriculum.

A flutist by training, Nussbaum was a member of the Chamber Orchestra of Philadelphia and was active as a chamber musician – performing in venues ranging from the Banff Centre for the Arts in Canada to the Japanese Embassy in Washington, D.C.  In 2012 she won the R. Philip Hanes, Jr. Young Leader Recognition Award from the Arts Council of Winston-Salem Forsyth County. Nussbaum is a graduate of UNCSA and the University of Maryland, College Park. She is a member of the Class of 2015 BRIDGES Academic Leadership for Women at UNC-CH and a 2018 graduate of Leadership Winston-Salem.