The School of Dance at the University of North Carolina School of the Arts will present a Spring Dance concert like none before – with nearly every student performing (using industry-approved COVID-19 safety precautions) during a six-show run. The wide-ranging program includes the premiere of four contemporary dance works; a work inspired by Trisha Brown’s iconic “Locus”; scenes from the classical ballets “Don Quixote” and “Coppélia";  plus short ballet works by emerging choreographers. The four contemporary premieres are by guest artist Gaspard Louis, alumnus and Summer Dance faculty member Juel D. Lane, guest faculty member Laura Gutierrez and Associate Professor of Dance Ming-Lung Yang.

“This has been a year like no other,” said Interim Dean of Dance Jared Redick. “Our students have risen to the challenge of socially distant dance classes, mirroring the practices adopted around the world by professional dance companies. I want each of our dancers to experience the joy of performing onstage again as we celebrate successfully closing out the year safely.”

Redick said the program content has been chosen to comply with COVID-19 protocols. Many pieces have been double- or triple-cast, so that a Friday evening performance will have a different cast than a Saturday matinee or a Saturday evening performance, and some performances will not include full costuming, he added. “We will offer some beautiful selections from the repertoire. Each performance will be a full showcase of the extraordinary work our students have done this year,” Redick said.

Works to be premiered include:

“Inside Out” by Gaspard Louis
“Inside Out” is the process of challenging and discovering oneself  ̶  belonging and connecting in the time of COVID, said choreographer Gaspard Louis. “It is a collection of energy that serves as a reminder that there is hope, and with patience, we will be able to touch once again. Being able to physically dance with others in the same space is something we once took for granted and are now craving more than ever,” he said. 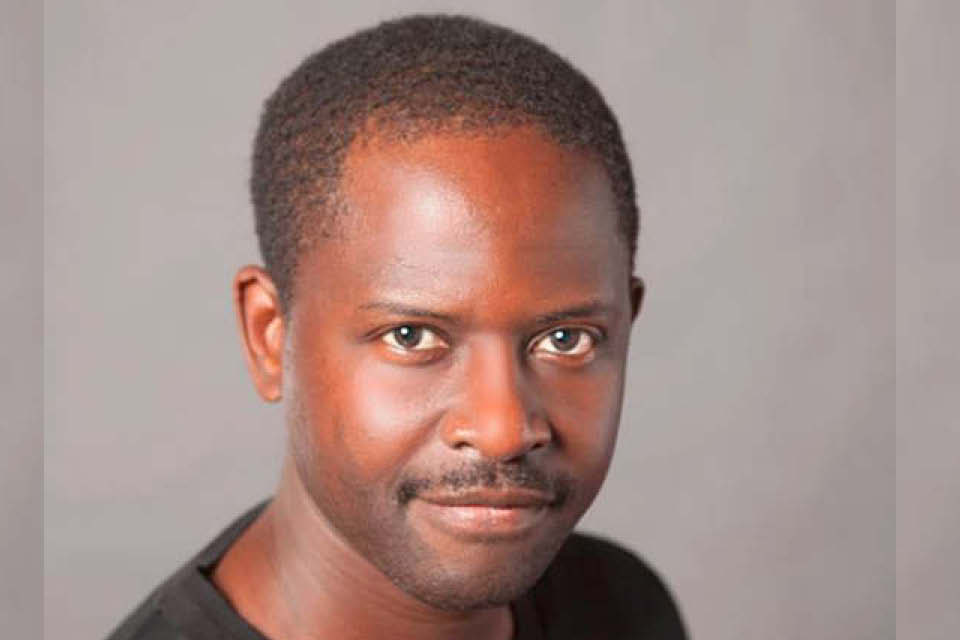 Gaspard Louis choreographed "Inside Out" for Spring Dance.

Louis, a Haitian dancer, choreographer and artistic director who performed with Pilobolus, added, “The piece is a collection of energy from each individual dancer. I had the dancers look at four abstract paintings by Trevor Bell as inspiration to generate movements. I also asked them to generate shapes and gestures in response to being isolated and distanced from others during COVID.”

Set to music by noted dance composer Michael Wall, the piece is cast with different dancers from either the high school or undergraduate program in groups of 10, plus one group of four dancers who will tape themselves individually from remote locations where they are studying this year. Because the dancers have generated shapes and movements, each performance will differ depending on the cast.

Louis is the founder of Gaspard & Dancers in Durham, North Carolina. He created two works with UNCSA’s senior contemporary dancers in the fall semester. “The Space Between” and “Space Between, Within, Without” premiered online in January and is available at UNCSA On Demand.

New work by Juel D. Lane
Juel D. Lane, who recently headlined the UNCSA Virtual Festival of Dance, set his work on the senior contemporary dancers. “The piece will embody visceral, tempo-driven, and all things Juel D. Lane,” he said. It is set to music by Atlanta-based recording artist Leo Soul.

Lane performed in the Emmy Award-winning NBC special "Jesus Christ Superstar Live in Concert." He is the first Black independent Atlanta-based choreographer ever to be commissioned by the Atlanta Ballet, choreographing “Moments of Dis” for the company. He is a winner of Celebration of Dance: Choreographer of the Year and Best Choreography for Live Performance for Ailey II’s "Touch & Agree." Lane performs with Camille A. Brown & Dancers.

“Our Time” by Ming-Lung Yang
Two casts of 10 dancers perform the piece derived from the words that readers of The Washington Post used to describe their experiences of 2020: lost, surreal, relentless, transformation, reckoning, and crescendo. It is set to “Increase” by Pulitzer Prize-winning composer David Lang.

Other works on the program include:

“From Within and Beyond the Cube: Variations on Locus” by Abigail Yager
A series of choreographic responses to Trisha Brown’s early iconic work, “Locus,” Yager’s work will be presented in de Mille Theater and in outdoor spaces across the UNCSA campus. Created in 1975, “Locus” is a generative score in which Brown correlated the 26 letters of the alphabet to points of a virtual cube with a 27th point located at the exact center of the cube indicating the space between words. Working with basic biographical text (“Trisha Brown was born in Aberdeen Washington in 1936”) Brown then devised movement material by “spelling” the text in space. 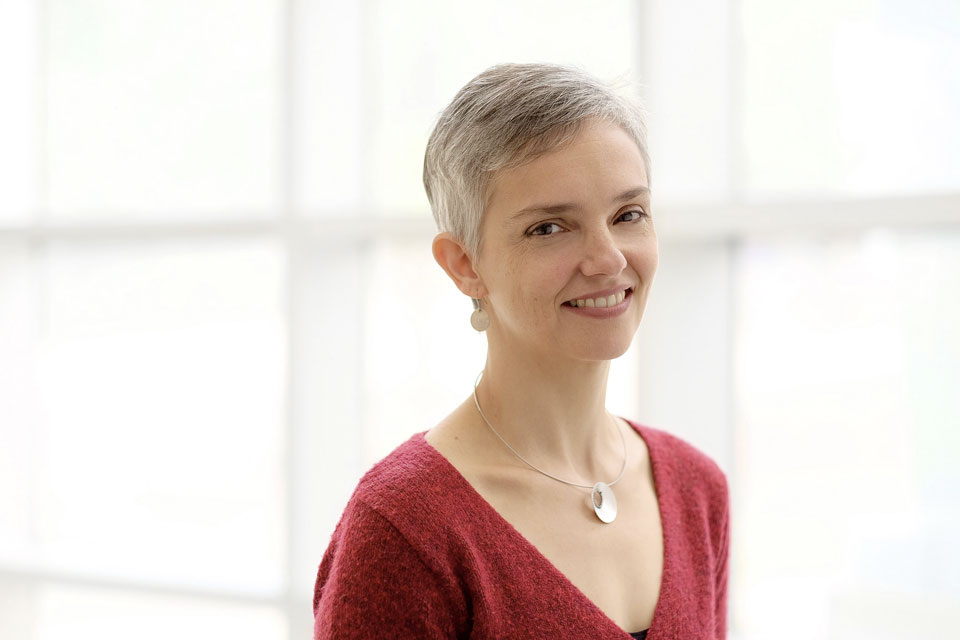 “Performed as a solo, trio and quartet at various points in time, ‘Locus’ remained a movement mantra and grounding base for Brown throughout her life,” said Yager, who performed with Trisha Brown Dancers. “From Within and Beyond the Cube: Variations on Locus” is loosely tethered to its source, Yager added, mixing some of Brown’s material with improvised movement made by the 22 performers, who are third-year contemporary dance students. The work includes original photography and projection.

Yager said “Locus” naturally sprang to mind for performance during the pandemic. “The material by design fits within a rectangular prism 54-by-54 inches (extended to accommodate the height of each dancer). It sits equally well in gallery settings and outdoor settings as it does the theater, and could easily be adapted to Zoom if necessary,” she said. “Its form, though highly distilled, conjures images of confinement and connection, points of reference and perspective -- all subjects that feel relevant to this moment in history.”

Excerpts from the Act I street scene, Act II dream scene and Act III wedding scene from “Don Quixote” by Alexaner Gorsky after Petipa, music by Ludwig Minkus
Based on the famous novel by Miguel de Cervantes, “Don Quixote” is considered ballet’s most famous romantic comedy, following the travels and travails of a Spanish nobleman and his faithful squire, Pancho Sanza, in their pursuit of chivalry and the ideal woman, Quixote’s Dulcinea.

In the full-length ballet, the street scene from Act I shows Don Quixote and Pancho Sanza arriving to disrupt a wedding announcement in the town square. The romantic nobleman believes he has found his Dulcinea in the bride-to-be, but the commotion allows the young woman to flee with the man she truly loves, who is not her intended groom. The dream scene from Act II occurs as Don Quixote is knocked unconscious by a windmill he mistakes for a monster threatening his Dulcinea. From Act III, the wedding scene shows the runaway lovers finally united in marriage, with Don Quixote as guest of honor at the celebration.

Still a popular staple of ballet repertory, “Coppélia” is based on a story by E.T.A. Hoffmann entitled "Der Sandmann" ("The Sandman"), which was published in 1815 and is also the basis for the opera “The Tales of Hoffmann” by Jacques Offenbach. The ballet, originally choreographed by Arthur St. Léon, premiered in 1870.

“Coppélia” is the story of a young couple, Swanhida and Franz, whose wedding plans are temporarily threatened by the would-be groom’s infatuation with a lifelike mechanical doll created by the eccentric inventor Dr. Coppélius. The doctor attempts to bring his doll, Coppélia, to life by sacrificing Franz, but Swanhida saves her lover and ruins the doctor’s plans.

The friends dance from Act I of the ballet, adapted to accommodate social distancing for the dancers, shows the bride-to-be seeking comfort from her friends after she has caught her fiancé flirting with the strange girl in Dr. Coppélius’ window. Franz’s friends dance from ACT III occurs as Swanhilda and Franz are about to be married, but Dr. Coppélius appears, demanding reparation for his still lifeless doll.