Graduating seniors in the School of Drama have released a virtual showcase, launching themselves into the industry as a culmination of four years of training at the top-ranked conservatory. See the showcase at www.uncsa.edu/showcase.

This is the second year the School of Drama has created a virtual showcase, after the typical in-person showcase tour to four cities – Chicago, Atlanta, New York and Los Angeles – was cut short last spring due to COVID-19. The remainder of the annual trip, during which seniors perform scenes and songs for theater, film and television casting directors and talent agency representatives, was replaced with an online series of videos.

“Our graduating seniors have shown great resilience as they completed an entire academic year during the pandemic, committing to their training while adapting to the protocols in place that helped us all stay safe,” said School of Drama Dean Scott Zigler. "They will be entering an industry altered by the events of the past year, but there is already a range of exciting opportunities as the industry opens back up and the world craves the arts and entertainment more than ever.” 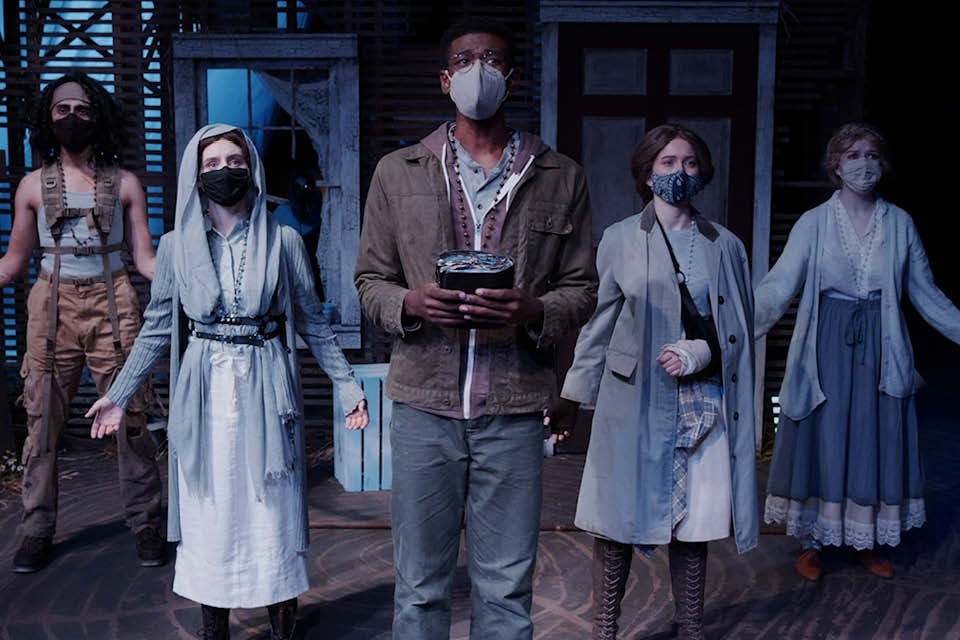 "Down in the face of God," directed by Cameron Knight

The virtual format of the showcase allows students to reach an even wider audience and utilizes the four years of on-camera training that has been integrated into the curriculum. It also helps prepare students for the post-pandemic entertainment landscape, which is seeing an increased use of now-ubiquitous online platforms, both for content delivery and for a more accessible and efficient way of conducting auditions.

“We transitioned to a virtual showcase out of necessity last year, and although it was a completely new way to deliver the showcase, our students were already well trained in the creation of self tapes – even then an industry standard to submit yourself for work,” Zigler said. “Approaching the virtual showcase this year as a given, and having the entire year to prepare it, students are able to much more effectively utilize the medium to introduce themselves to the industry they are about to enter.

“The on-camera skills our graduating students have acquired throughout their training at UNCSA have not only been impactful in creating their showcase but will be essential as they start their careers," Zigler continued. "The overwhelming majority of available work right now is in the film and television industries, which have been the quickest areas of the business to return to work. Combine this with growth in streaming content, working on camera is likely to be an integral part of their entire career."

Since arriving as dean in 2017, Zigler has developed a curriculum that prepares actors for work on multiple platforms: film, television and new media in addition to the stage. As part of its curriculum, UNCSA offers four years of coaching from Bob Krakower, who specializes in on-camera training for actors and whose clients include Emmy, Tony and Golden Globe nominees. Krakower worked with senior students on their scenes in preparation for filming the showcase, as did leading casting directors such as Merri Sugarman of Tara Rubin Casting and UNCSA alumna Tiffany Little Canfield of Telsey + Company.

The seniors began preparing for the showcase at the end of their junior year, working over the summer to research dozens of scenes from which they chose their final performances. Throughout their senior year they worked with faculty to select and perfect the material that best introduces them to the industry by highlighting their talents. The top-ranked School of Filmmaking at UNCSA assisted the School of Drama in filming the showcase, with current students, faculty and alumni doing both the filming and the postproduction work on the scenes.