The School of Filmmaking has been recognized by Variety in its list of top 50 film school programs worldwide for 2021.

The widely read industry publication cited UNCSA for its relationship with RiverRun International Film Festival, and because “students are firmly connected to the entertainment industry” through an annual trip to Los Angeles for seniors, “setting them up for life post-graduation.”

Each year Variety curates the list of top film school programs both in the United States and abroad and this year notes that “students at these schools will likely emerge to become the superstar creators of the TV series, indie films and tentpole movies of tomorrow.”

“Important rankings like this one from Variety show how valuable UNCSA is to our state as well as to the world,” said UNCSA Chancellor Brian Cole. “Accolades from leading publications read by industry insiders are a great validation of the hard work by our faculty, staff and students, particularly this year when they were forced to be more creative than ever amid limitations of COVID-19.” 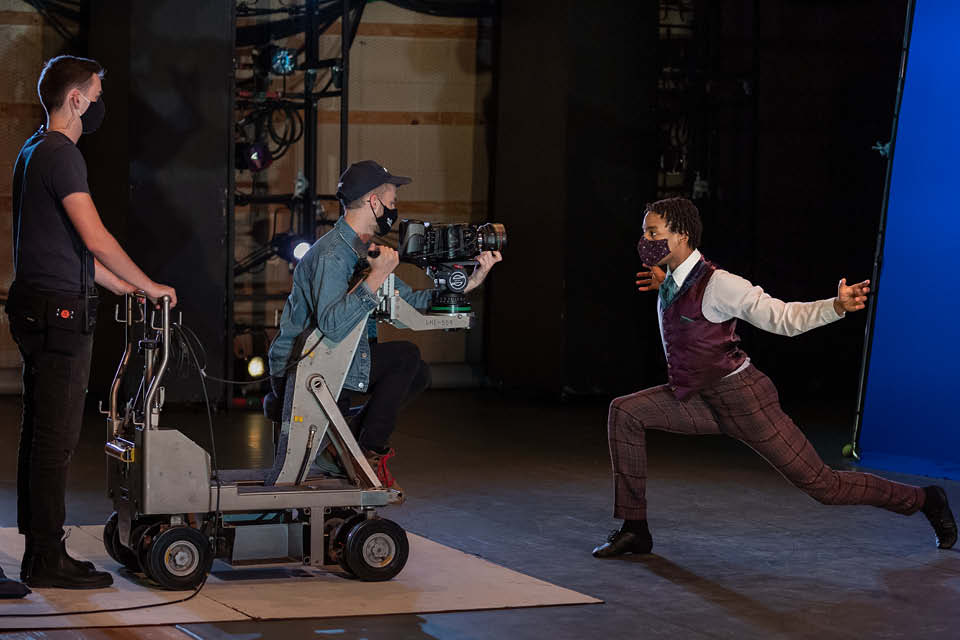 Variety has named the School of Filmmaking to its list of the world's top 50. / Photo: Peter Mueller

Dale Pollock, interim dean of the School of Filmmaking, said, “We are thrilled to again be included in Variety’s list of top film programs around the world. With our all-star faculty, top-of-the-line facilities, industry connections, and tremendous value with both lower tuition than other top programs and complete financing for all student films, UNCSA should be at the top of any prospective film student’s list.”

During the pandemic, the School of Filmmaking at UNCSA has maintained in-person instruction and has continued producing student films, which were created using industry standard safety protocols and employing safety monitors. Students in the School of Filmmaking make more than 130 films a year. As always, UNCSA provides all equipment for student films plus a cash budget and does not require any individual financing. During the COVID-19 pandemic, UNCSA has showcased third- and fourth-year films online, expanding the audience worldwide. The 2021 fourth-year thesis films will screen May 21-23 (tickets and information available online).

Consistently recognized as among the nation’s best training programs for filmmakers, the School of Filmmaking at the University of North Carolina School of the Arts has produced some of today’s most creative storytellers, including Danny McBride, David Gordon Green, Brett Haley, Rebecca Green, Jody Hill, Jeff Nichols, Vera Herbert, Martha Stephens, Aaron Katz and Zoë White.

With our all-star faculty, top-of-the-line facilities, industry connections, and tremendous value with both lower tuition than other top programs and complete financing for all student films, UNCSA should be at the top of any prospective film student’s list.

Several UNCSA alumni are associated with this year’s Oscar-nominated films: Zach Seivers (B.F.A. Film '06) was sound recording mixer and sound supervisor for “Nomadland,” and Kaitlyn Ali (B.F.A. Film '18) was key editing production assistant for “The Trial of the Chicago 7,” nominated for six awards, including best achievement in film editing. Seivers also received a BAFTA nomination. Jo Hatcher, a 22-year-old filmmaker who will graduate from UNCSA in May 2021 with a B.F.A in directing, was one of 11 screenwriters selected to participate in the Sundance Institute’s ninth annual Screenwriters Intensive this March.

A weekly entertainment trade magazine and website, Variety has been recognized and respected throughout the world of show business as the premier source of entertainment news since 1905. It has an estimated 4 million followers on social media and 17 million unique monthly visitors to its website.