Marilyn Taylor grew up with a passion for singing, but she didn't perform her first professional opera role until age 27. For Taylor, chair of the voice program in the School of Music, what may seem a relatively late discovery of the joys of opera was actually the beginning of a singing and teaching career that continues to grow and evolve.

Taylor began her career as artist-in-residence at Kentucky Opera, with lauded performances there and at regional companies across the country. She received degrees from the University of Louisville and the University of Indiana before earning two prestigious grants — a career grant from the Kentucky Foundation for Women and a George London Grant — which helped bring her to New York.

Her time in New York would eventually lead her on a path to Winston-Salem, where she has made her teaching home at the School of Music and A.J. Fletcher Opera Institute over the last 30 years. For Taylor, the city was a natural fit with her Louisville roots, and her time here has been a continuation of a love of music she's fostered from her earliest years.

Raised in Louisville, Kentucky by parents from humble farms, Taylor began singing in the choir at the family's Southern Baptist church at the age of 5. "I remember our choir director saying, 'You all sound like angels,' and — even at age 5 — I knew I wanted to sound like an angel forever," she says.

Much of her early training happened at church and school, where she says music was very much embraced and encouraged. At age 14, Taylor became the church pianist and she performed in recitals and school variety shows multiple times per year throughout her high school years.

Still, music would not become a career for her for several more years. After high school, she went to two colleges but withdrew from both. For much of her 20s, she worked at the Traveler’s Insurance company, although she still performed and played music. Around the age of 26, her choir-director’s pianist-wife encouraged her to sing for a teacher at the University of Louisville.

"I was still working, and I had a young daughter," Taylor recalls. "I would work through my lunch hours and leave work early one day a week to take voice lessons,” offered gratis by University of Louisville tenor William Whitesides. Eventually, that balancing act paid off. 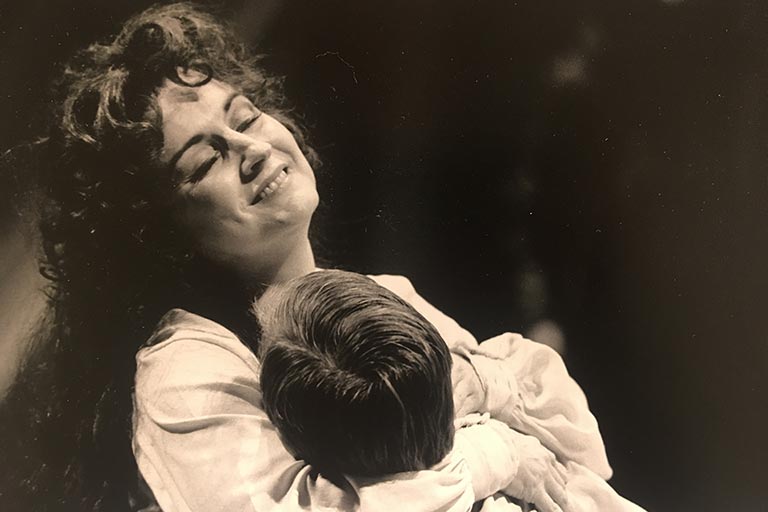 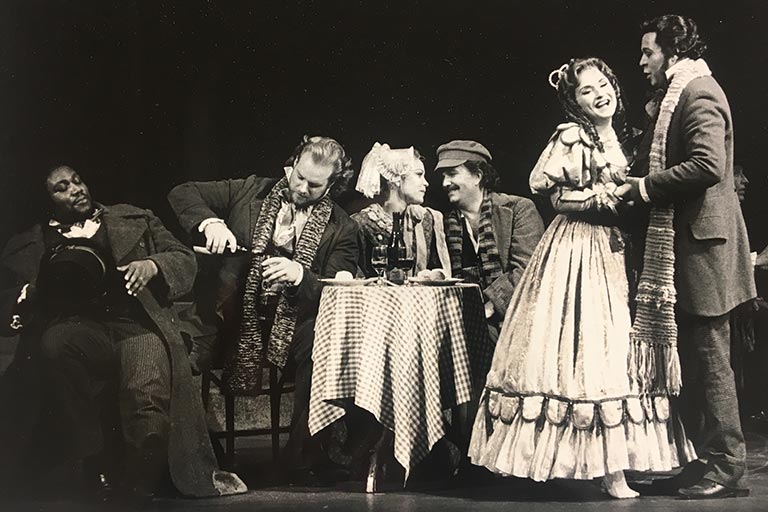 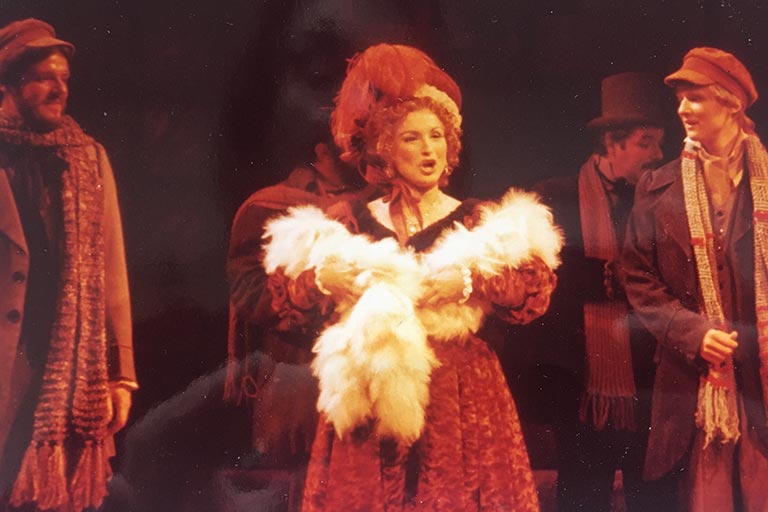 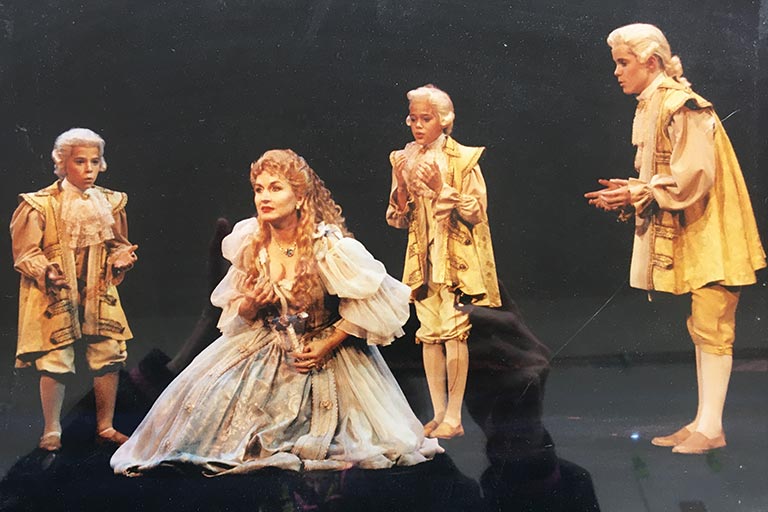 Coming to opera by doing

Although never a fan of opera in her younger years ("I thought there was too much vibrato," she laughs), Taylor found herself advancing to the Regional Metropolitan Opera Council Auditions in Cincinnati. After singing her first dramatic selection, the judges requested an aria from Mozart's "The Marriage of Figaro." "That's when something happened to me," she says. "I felt an energy from the audience I’d never experienced.”

She points to the act of singing that song as the moment she was drawn into the world of opera. "I came to opera by doing, not by listening," she says, a journey she says she often has in common with many of her students. After that realization, Taylor began her studies in earnest. Her first professional role would come not too long after, at the age of 27, as the third spirit in a Kentucky Opera production of "The Magic Flute."

Taylor also likes to point out that, unbeknownst to her at the time, her future husband and now-General Director of Piedmont Opera and Music Director of the Fletcher Opera Institute, James Allbritten, was in the audience with his eighth grade class. The two eventually met years later during a production of "My Fair Lady," became great friends and were married in 1989.

Taylor studied and performed opera for several years in Louisville, during which time she earned bachelor's and master's degrees from the University of Louisville (in music education and vocal performance) and performed regularly as artist-in-residence with the Kentucky Opera.

A path to Winston-Salem

Eventually, Taylor felt it was time to expand her training and career. She attended Indiana University, where she earned her doctorate in vocal performance.

In 1991 she went to New York with the aid of grants. "I knew at the time not to turn down an opportunity, you never know what it will turn into," she says. In that vein, she figured her time in New York would be well spent writing and calling agents. After some dead ends, one agent picked up and signed her on, opening doors to auditions and vocal training in New York.

After a chance meeting at Kentucky Opera between her agent and the director from the Winston-Salem Opera Company (now Piedmont Opera), Taylor was invited to Winston-Salem to perform the role of Nannetta in Verdi’s “Falstaff.” She also found connections with the UNCSA School of Music. In spring 1992, then-Dean Robert Yekovich called Taylor and offered her a one-year teaching position at UNCSA. After a year, her time was extended and ultimately evolved into a department chair position. 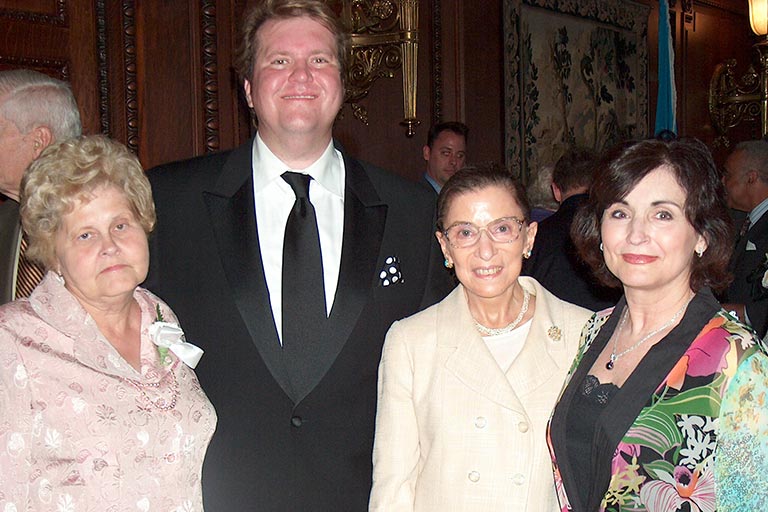 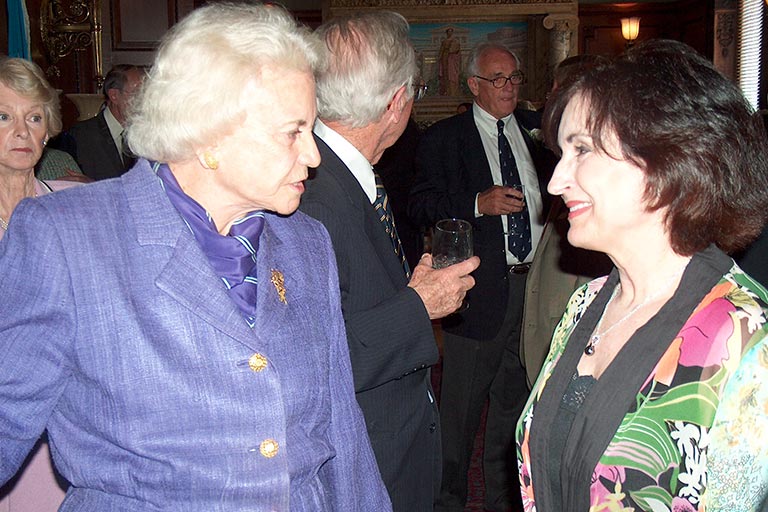 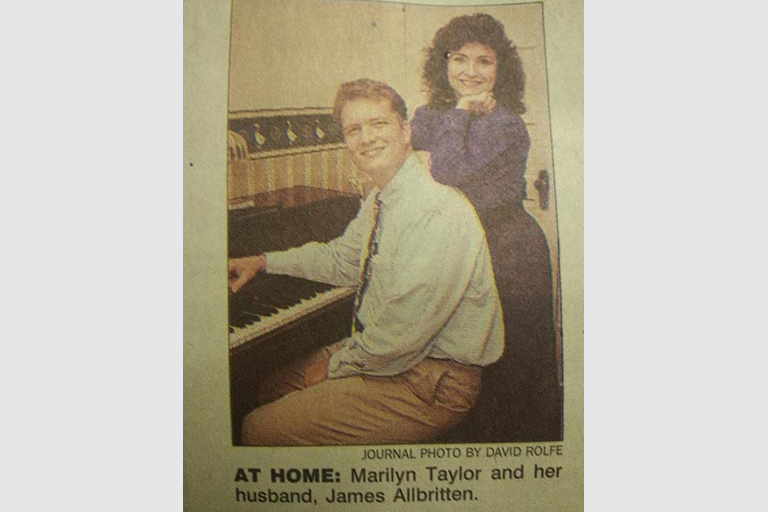 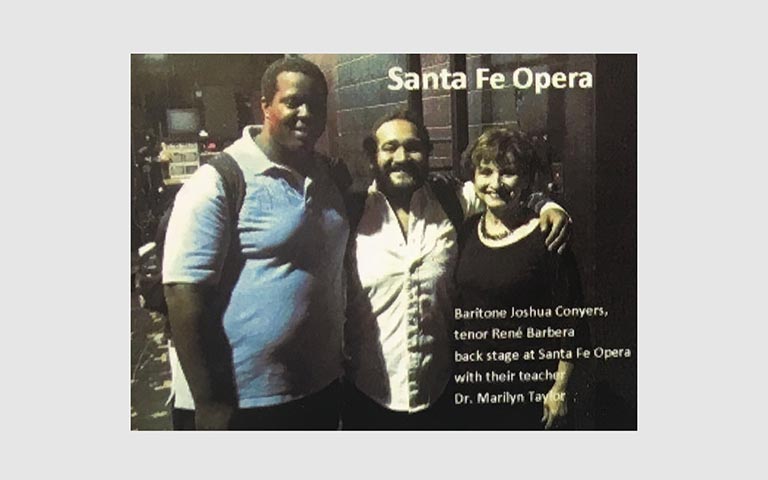 "After a voice faculty search in Spring 1994, I moved into my first three-year contract," she says. "Dean Yekovich called me to a meeting afterward, congratulated me, and told me of his intentions to select faculty chairs for each department, and to form a Dean’s Advisory Committee. He asked if I would serve as the prototype for that — I was the first department chair in the School of Music." She has now spent almost 30 years in that role, one she continues to learn from and refine.

Teaching in an ever-evolving industry

As an instructor at UNCSA and across the globe, Taylor has honed a personalized approach to teaching over the years, one that sets aside her own ideas and experiences and makes room for those of her students. "I need to come to the table learning who my students are as artists, as opposed to who I was," Taylor says. "I want to know who they are currently."

She encourages students to share as much information about themselves as they feel comfortable with, as what's going on in their lives outside of their singing so often affects their work as artists. "I don't pry," she says," but I am open to anything they want to share."

That approach has also evolved alongside the multitude of changes she's seen in the industry throughout her career. "This generation has encountered so much more cause for anxiety than I did," she says. "And, I always knew I'd be able to make a living via this career choice, but it's now a very different world, jobwise."

Still, she sees her students as incredibly flexible and resilient, vastly interested in the increasingly varied world of music. She encourages students to embrace classical music alongside the myriad artforms and platforms available to them as artists. "Our students know how to diversify before they even get here," she says. "As a teacher, I need to be aware, and make them aware of all of their options."

No matter how tired I am, when I go into a lesson, everything focuses on that person. Even after 30 years. My first loyalty is always to the student and the art form.

And, she adds, the Fletcher Opera Institute, to which she's dedicated so much time, remains strong into its 20th year. "There is no question of opera remaining in the curriculum, though the forms for it might morph," Taylor says. "The Fletcher Opera Institute was endowed with millions of dollars in order to support that art form." She remembers its inception quite well — she learned of the creation of the Institute on Feb. 18, 2000, her birthday. "That was a great present," she says. One that continues to give to this day.

Whatever changes may come, her focus on the art and the gift of opera has remained constant. "No matter how tired I am," she says, "when I go into a lesson, everything focuses on that person. Even after 30 years. My first loyalty is always to the student and the art form."