The University of North Carolina School of the Arts launches a transformative Choreographic Institute in the School of Dance this summer, led by dance luminaries Helen Pickett, Ethan Stiefel and Susan Jaffe, Chancellor Lindsay Bierman has announced. The two-pronged institute will foster the development of new work by established and emerging choreographers.

“The Choreographic Institute is an example of innovative programs and curricula that will propel UNCSA to the forefront of performing arts and media education in the United States,” Bierman said. “I am grateful to Susan Jaffe, our Dean of Dance, for developing the Institute and for agreeing to serve as a professional choreographic resident for the inaugural year.” 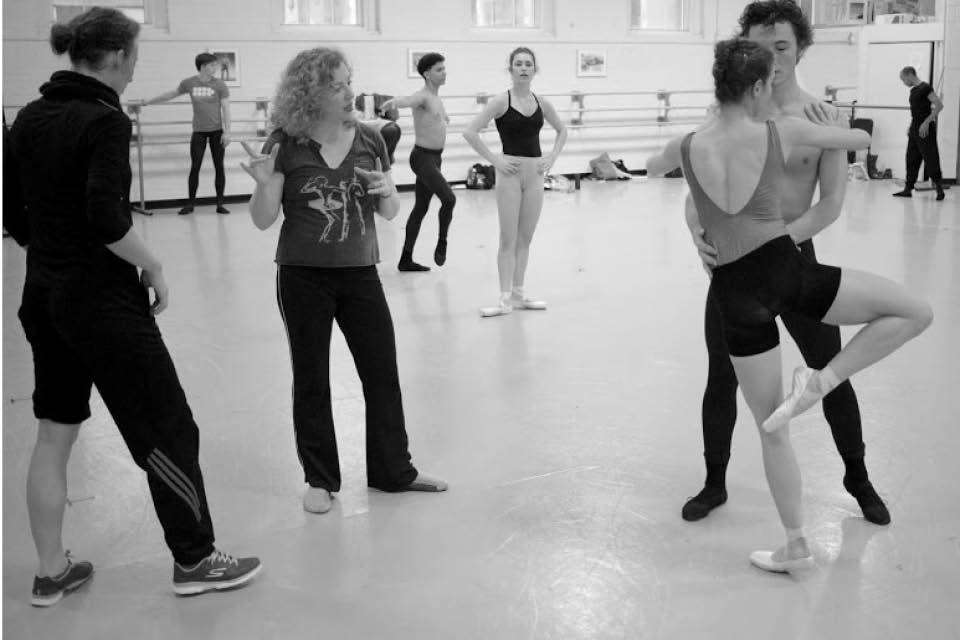 Helen Pickett worked with Dance students on her piece, "Petal," for Winter Dance 2016.

As UNCSA’s first Visiting Distinguished Artist, Helen Pickett will lead the five-week Choreographic Development Residency (June 18 to July 22), individually mentoring two contemporary dance and two contemporary ballet choreographers in their choreographic research and creation of new dance works. A dancer, choreographer and actress, Pickett is resident choreographer for Atlanta Ballet. In the past decade she has created more than 30 ballets in the United States and Europe. In February 2016, she staged her 2008 contemporary ballet Petal for Winter Dance, the first time it was set on students.  Pickett was the speaker for UNCSA’s High School Commencement in 2016, where she received an honorary Doctor of Fine Arts and was named Visiting Distinguished Artist.

“I have long admired Helen Pickett’s work and was thrilled to have her as a guest artist last year,” Jaffe said. “Then when we watched her interaction with our students, we knew we had to create a more sustained role for her in the School of Dance.”

In addition to mentoring by Pickett, promising choreographers selected by application will participate in daily technique classes, workshops and lectures led by esteemed Summer Dance faculty and guests, and will hold afternoon rehearsals with their cast of dancers selected from the Summer Dance Intensives. In the evenings, residents will have access to UNCSA’s beautiful studios for further choreographic research. The residencies will culminate in a fully produced performance of the new works on July 21 at the Stevens Center in downtown Winston-Salem, N.C.

“We are looking for emerging choreographers who exhibit a strong choreographic voice,” said Catherine Miller, a UNCSA Dance alumna tapped to direct UNCSA Summer Dance, which includes three intensives (classical ballet, contemporary dance, and commercial dance) in addition to the Choreographic Institute. “We recognize this is groundbreaking career opportunity to be mentored by a choreographer of such high caliber as Helen Pickett.”

She has twice been named the best choreographer in Atlanta.  In 2007, she was named to Dance Magazine’s list of “25 to Watch.”  She received a Choreographic Residency from Jacob’s Pillow in 2008, and was one of the first choreographers to receive the Jerome Robbins Foundation’s New Essential Works Grant. She was nominated for an Isadora Duncan Dance award in 2013.

Choreographers are invited to apply online for the Development Residency by Feb. 22. 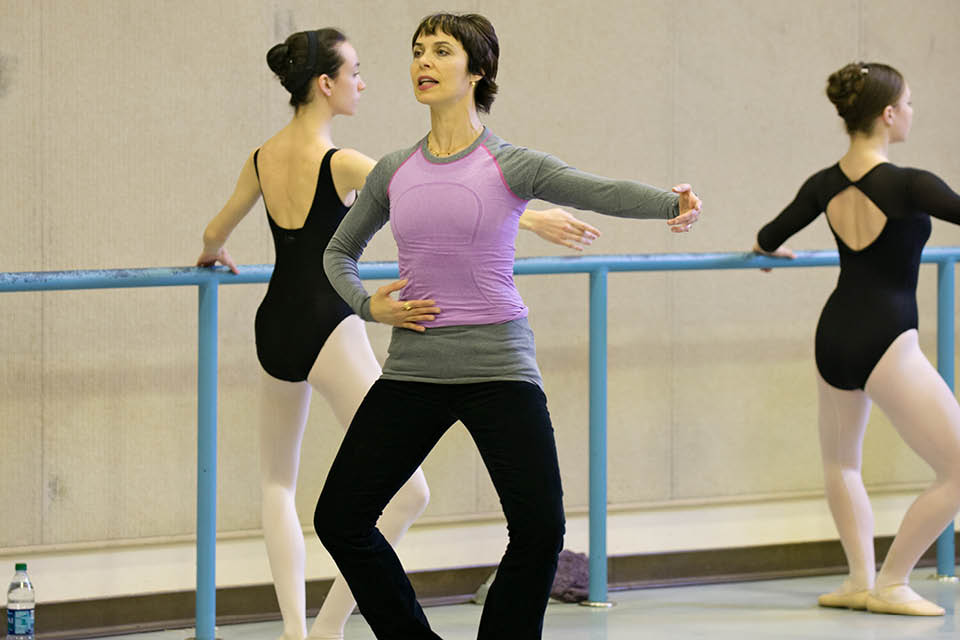 Jaffe and Stiefel, both former principal dancers of American Ballet Theatre (ABT), are the first participants in the Choreographic Professional Residency. They will work with about eight professional dancers who will be in residence on campus for two weeks (June 12-23). Dancers will attend daily company class and will rehearse with Jaffe and Stiefel.

“This intimate setting will allow us to work deeply and collaboratively with the dancers to either research choreographic ideas or build towards a new work,” said Jaffe, who most recently choreographed Metallurgy for UNCSA’s Spring Dance concert in May 2015.

Declared by the New York Times as “America’s Quintessential American Ballerina,” Jaffe became Dean of Dance at UNCSA in 2012. 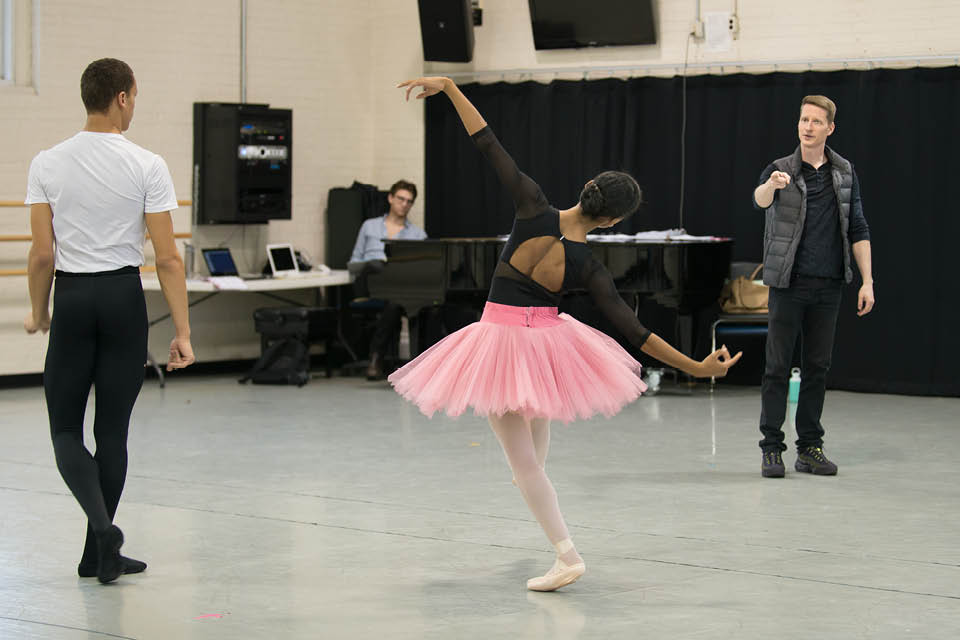 Stiefel was Dean of Dance at UNCSA from 2007-2011 and then was the artistic director of the Royal New Zealand Ballet (RNZB) from 2011-2014. In 2009, he created a new staging of The Nutcracker for UNCSA, which continues to be performed every holiday season. In 2015, he returned with his wife, ABT principal dancer and UNCSA alumna Gillian Murphy, to choreograph a new opening for Act II of The Nutcracker featuring eight “angels.” He also served as a guest artist in residence that year, providing coaching for The Nutcracker.

“Ethan Stiefel has a long and treasured association with the School of Dance, and I was delighted that he agreed to participate in our first Choreographic Institute,” Jaffe said. “I know the dancers selected to collaborate with him will cherish the experience throughout their careers.”

Stiefel began his professional career at age 16 with the New York City Ballet. He also danced with the Zürich Ballet before joining ABT. During his career, he performed leading roles in all of the full-length classics and danced in an extensive range of shorter works created by the industry’s foremost classical, modern and contemporary choreographers.

He was choreographer for “Flesh and Bone,” a limited edition television series for STARZ network, and he recently choreographed a short piece for “Jimmy Kimmel Live!,” featuring Misty Copeland and other ABT dancers. He starred in the feature film “Center Stage” and returnd to play the role of Cooper Nielsen in “Center Stage 2-Turn It Up.”

Stiefel was invited to serve on the jury for the Paris Opera Ballet’s 2014 annual promotion examination and was on the jury of the 2015 Prix de Lausanne. His Royal Highness Crown Prince Albert of Monaco presented Stiefel with the Statue Award of the Princess Grace Foundation, the Foundation’s highest honor, in October 1999. He received the prestigious Dance Magazine Award in December 2008.

A former principal dancer with Ballet West, Tesch is certified in American Ballet Theatre’s National Ballet Curriculum and teaches at University of Utah Department of Ballet.

Keigwin is founder and artistic director of Keigwin + Company, the premiere contemporary dance company that has performed Keigwin’s works from City Center to the Kennedy Center and throughout the world.

In its third year, the Commercial Dance Intensive for those age 13 and older focuses on the specific genres of dance needed for a career in the commercial dance field, including jazz, hip-hop, musical theatre, and contemporary. UNCSA alumna Casey Noblett, who has performed at the White House, the Kennedy Center, Lincoln Center and Madison Square Garden, and has choreographed for Junior Miss pageants and the Atlanta Hawks Dance Team, directs the Commercial Dance Intensive.