The Media + Emerging Technology Lab (METL) has received a $25,000 Grants for Arts Projects award from the National Endowment for the Arts (NEA) in support of its Immersive Storytelling Residency. METL Director Ryan Schmaltz announced the grant as UNCSA launches the second year of the residency, which brings together writers, technical artists and software engineers to create fully realized virtual reality (VR) experiences. Expanded this year from one team of three collaborators to two teams with a total of seven, the residency began May 1 and will conclude Oct. 31 with the launch of two projects.

METL’s Immersive Storytelling Residency is among more than 1,100 projects across America that will receive NEA grants totaling nearly $27 million. “As the country and the arts sector begin to imagine returning to a post-pandemic world, the National Endowment for the Arts is proud to announce funding that will help arts organizations such as UNCSA reengage fully with partners and audiences,” said NEA Acting Chairman Ann Eilers.

“We had a wealth of accomplished and diverse applicants for the Immersive Storytelling Residency,” said Schmaltz. “With additional funding, including the NEA grant, we seized the opportunity to expand the program, which will result in twice the content for a market where demand is higher than ever.”

With additional funding, including the NEA grant, we seized the opportunity to expand the program, which will result in twice the content for a market where demand is higher than ever.

The inaugural Immersive Storytelling Residency concluded in September 2020 with the completion of BonsAI – an immersive narrative experience inspired by the COVID-19 pandemic.

METL was established in 2017 by the top-ranked UNCSA School of Filmmaking. The lab is dedicated to defining and shaping the evolution of how immersive story content will be created, consumed and told.

“As one of the few immersive labs in the country to be housed in a professional arts conservatory, METL is uniquely situated to train and serve as a resource for the next generation of creative innovators,” said Schmaltz, who conceived the storytelling residency. “The residency brings together people with complementary skill sets, gives them room to develop an idea using METL’s technology and resources, and provides guidance and mentorship by key industry experts.”

METL also previously received a $25,000 Epic Games MegaGrant in support of the Immersive Storytelling Residency program. Unlike most programs that charge a fee for training and professional development opportunities, METL provides each selected participant with a monthly stipend of $3,500 per month for the six-month residency.

MORE ABOUT THE RESIDENTS

Mikaela Y. Byrd is a screenwriter and animation enthusiast who expresses herself through her writing to create social dialogues. She uses sci-fi worlds to create a safe and immersive place for viewers to learn about people they wouldn’t normally encounter and be confronted with problems they wouldn’t typically face. Byrd writes to humanize the world so that things like class, race, and everyday fears can be a discussion and not a barrier. Currently completing her M.F.A. in screenwriting from the UNCSA School of Filmmaking, she has a B.F.A. in theater technology from North Carolina A&T State University. Byrd has worked with Blumenthal Performing Arts Center, Wolf Trap Opera and UNCSA ArtistCorps. 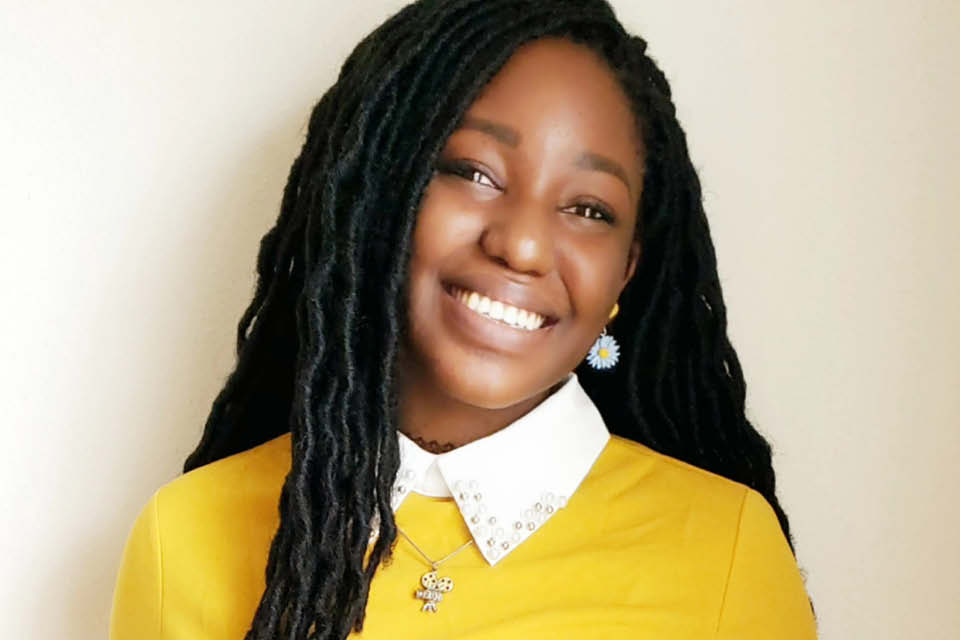 John Curran, who will receive a B.F.A. in filmmaking from UNCSA this year with a concentration in animation, is a character artist and animator who crafts appealing forms that are rooted in a solid sense of body mechanics. He has experience helping bring characters to life and supporting the technical backbone of animated projects. Curran worked with Boy Scouts of America on virtual product visualization and has animated the short films “Mundane Velvet Room,” “Astral Creation 101” and “Folding Fur.” 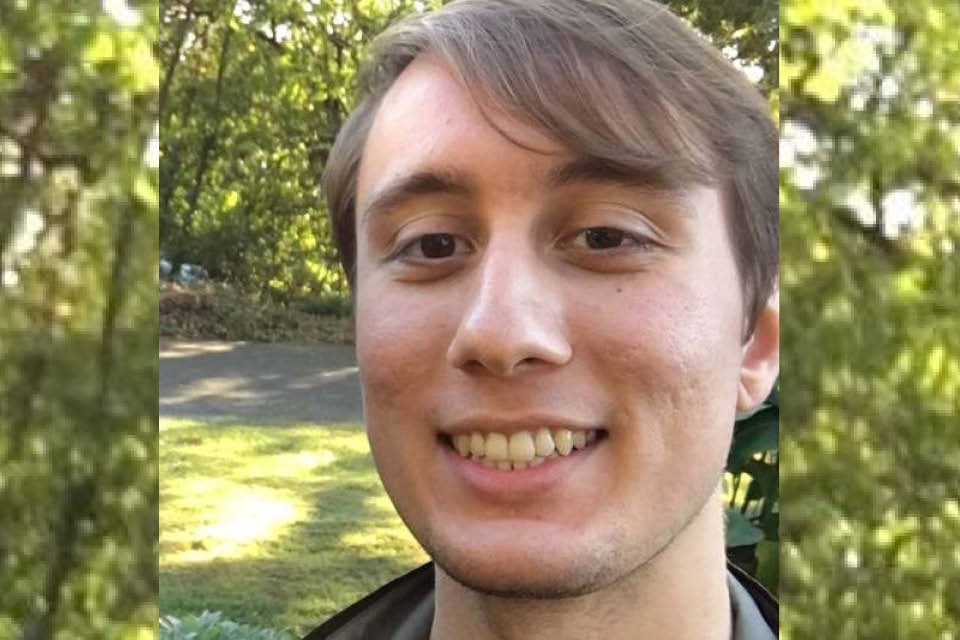 Arif Khan is a British writer and director based in Los Angeles and San Francisco. He has held roles at Airbnb Creative Studio, Warner Bros. Animation and Oculus Story Studio, the Emmy Award-winning Facebook team dedicated to the research and development of virtual reality storytelling. His short films and VR projects have screened at genre festivals all over the world including the Sitges International Film Festival, Trieste Science+Fiction Festival, Imagine Film Festival, and Festival Européen du Film Fantastique de Strasbourg. Prior to receiving his M.F.A in film production at the University of Southern California School of Cinematic Arts, he earned his master’s degree in creative writing from the University of Cambridge. 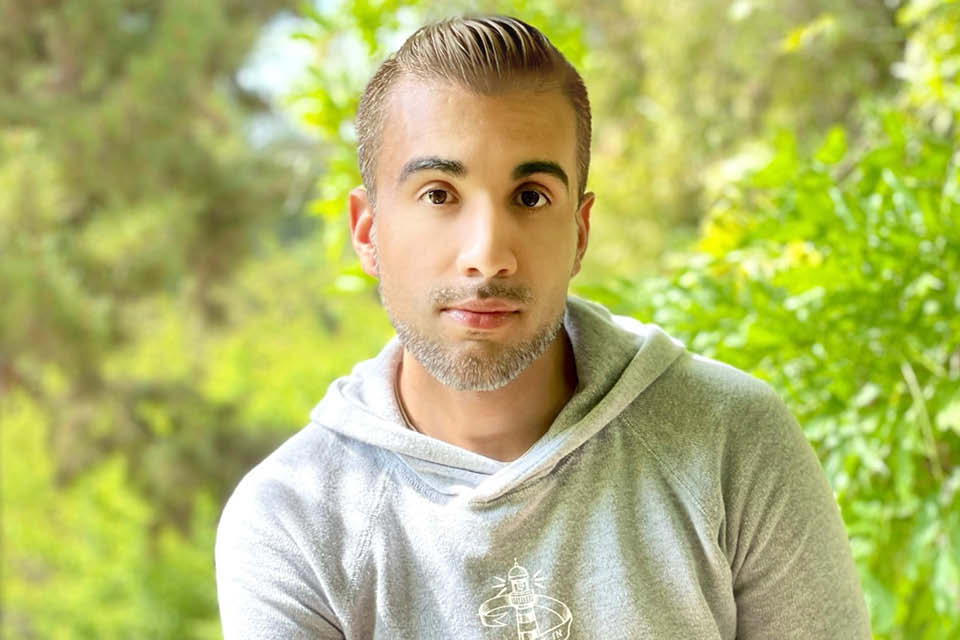 Drew Paryzer is a playwright and interactive storyteller. His plays have been developed at institutions such as the Kennedy Center, the Roundabout Theatre and the Playwrights' Center. Interactive work includes the escape room Resilience Sentry (University of Texas-Austin); the point-and-click sci-fi adventure Superfluxus (Pivot Arts Festival 2020); the Halloween crafts fair and cult ritual FinalCon (Austin Critics Table Nomination), and Meow Wolf’s Omega Mart. He is an affiliated artist with the National New Play Network and the Playwrights’ Center. Drew holds a B.A. from Sarah Lawrence College and an M.F.A. in playwriting from the University of Texas-Austin, where he was a James Michener Fellow. 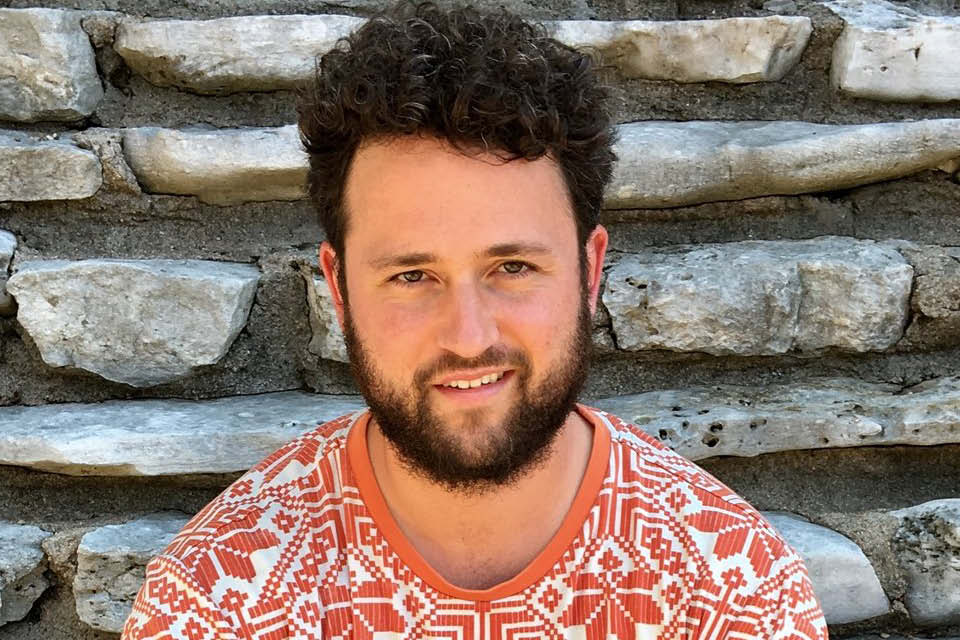 Daniel Sabio is a Puerto Rican conceptual new media artist, programmer and designer whose work focuses primarily on immersive performance and installation arts and is driven by a research-based approach balanced with an understanding of emotional and transformational responses to an art experience. Their work has been welcomed internationally at the International Symposium of Electronic Art, South by Southwest, Bass Coast, VRHAM!, FILE, and Ars Electronica, and has been exhibited in galleries in New York City, Berlin and Tokyo. Their collaborations and group work have supported Brainfeeder’s Little Snake (with Ommatidium Studios) and members of Japan’s legendary experimental band Boredoms (with Cosmic Lab). Sabio has a Bachelor of Science in computational media from Georgia Institute of Technology. 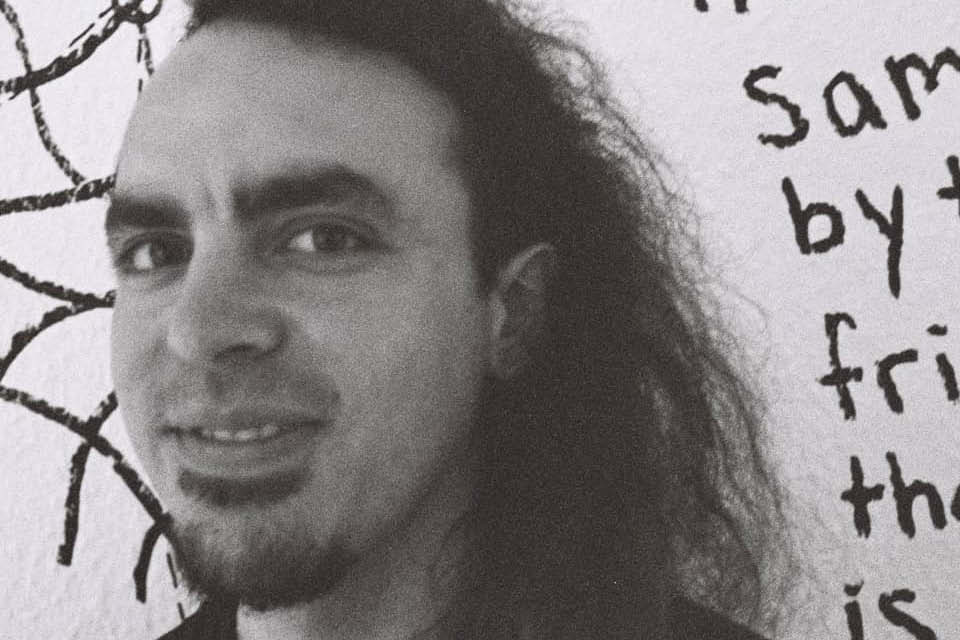 Darren Woodland, Jr. combines digital technology, narrative and design to create entertaining and informative experiences. As a multimedia artist and musician he focuses on interactive media, immersive technology, sound design and storytelling. Woodland has an educational and research background in media arts, sound and music, and games. He received a Bachelor of Arts from the University of South Carolina in media arts/art studio and a Master of Art and Design from North Carolina State University in experimental media arts. In the near future he will be working toward a Ph.D. in digital media from Drexel University. 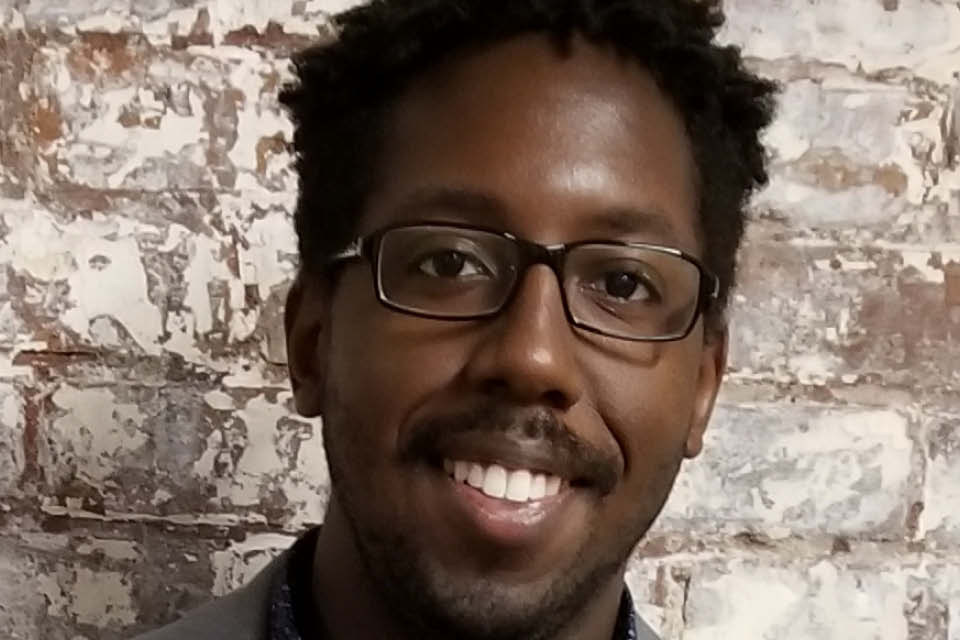 Lawrence Yip is an XR developer focused on character-driven experiences and storytelling. His start in immersive entertainment began as an undergrad at Stony Brook University, where he helped to establish the first VR lab on campus and onboarded faculty and students to the new technology. He has since moved on to freelance development creating various narrative Augmented Reality/Virtual Reality (AR/VR) experiences for enterprise and entertainment applications. His work includes a mobile AR children's book, a VR medical case study, and a magical realism VR introspective. He aims to innovate on ways to improve character immersion and embodiment to tell more impactful immersive stories. He has a Bachelor of Science in information systems from Stony Brook University, and also attended Vancouver Film School in AR/VR development. 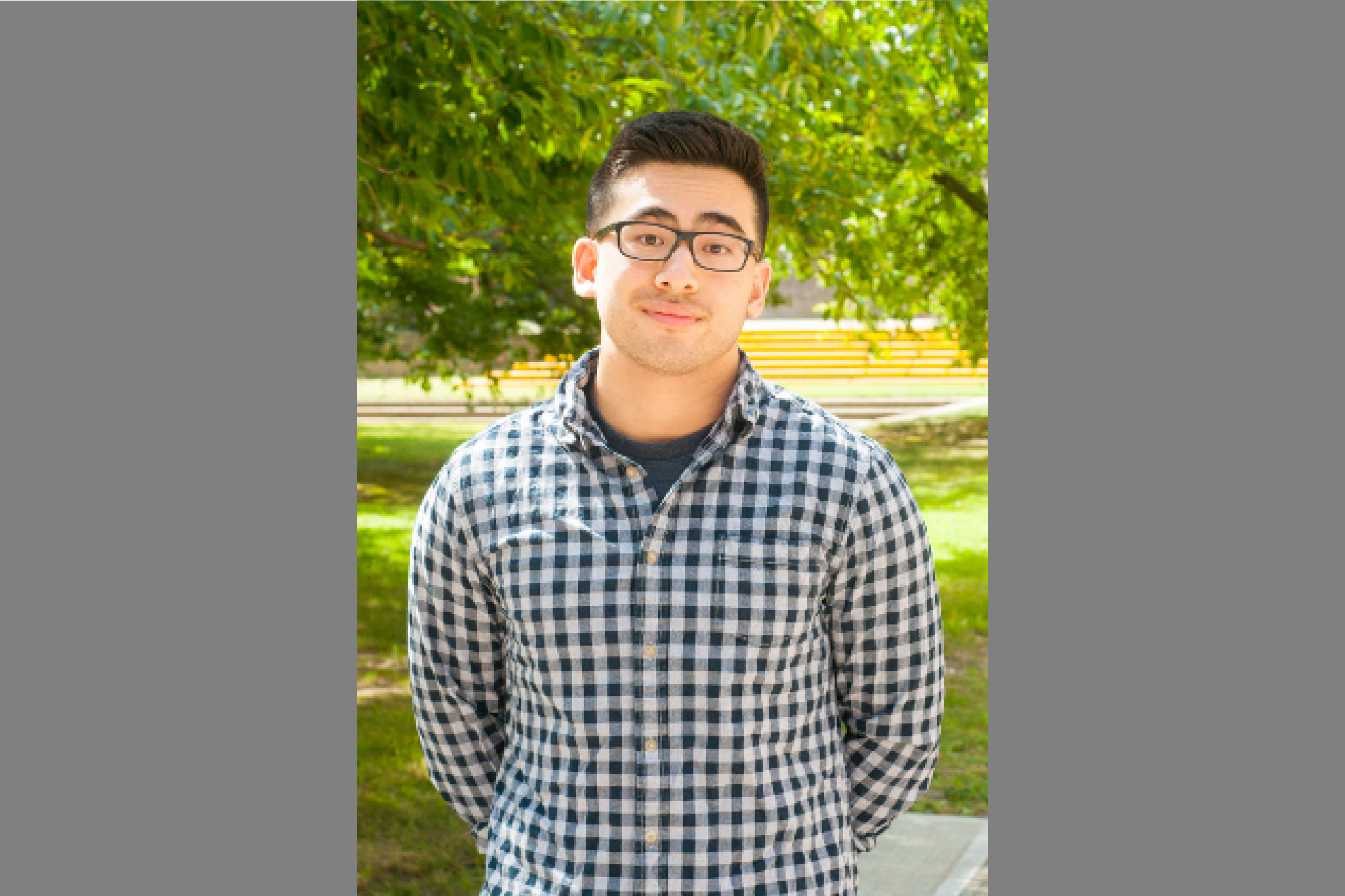