Two lighting designers in the School of Design and Production at the University of North Carolina School of the Arts have been chosen to participate in the prestigious 13th annual Hemsley Lighting Portfolio Review in New York. Abby May from Riverview, Fla., and Joseph Naftal, from Long Island, N.Y., will participate this weekend in one-on-one and panel interviews with professional designers, Broadway production electricians, scenic and costume designers, directors, and other theatre professionals.

“This is a terrific opportunity for Joseph and Abby, and we are very proud that they were chosen,” said Michael J. Kelley, Dean of the School of Design and Production. “It is a capstone achievement for their undergraduate career here at UNCSA, where they have done excellent work.” 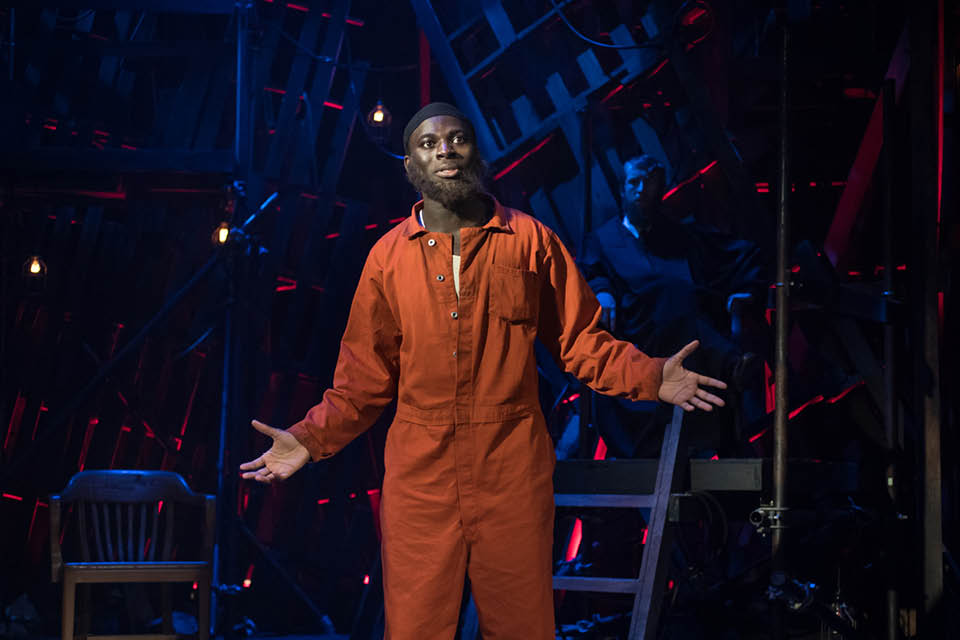 Hemsley Lighting Programs’ portfolio review is designed to give students a chance to meet with professional designers so that they can improve their portfolios and get answers and advice from those already working in the industry. The program is named for Gilbert Hemsley, who created lighting for New York City Opera; Martha Graham Dance Company; Broadway plays and musicals; The Metropolitan Opera; American Ballet Theatre; Bolshoi Ballet; Stuttgart Ballet; National Ballet of Cuba; and numerous regional ballet, opera, and theatre companies.

May and Naftal, who will receive B.F.A.s in May, are designers for the Winston-Salem Lighting Project (WSLP), an annual outdoor project that combines lighting and projection to transform urban architecture and landscape. The WSLP is April 4-8 at Merschel Plaza in downtown Winston-Salem. 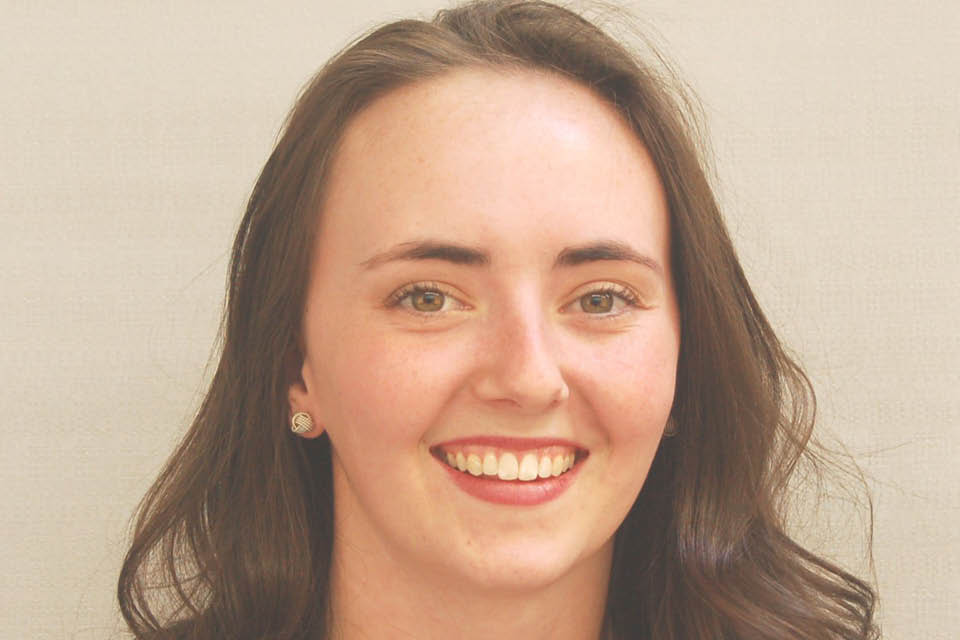 Norman Coates, director of UNCSA’s lighting design program and executive director of WSLP, said feedback provided by the Helmsley review will be invaluable in the students’ careers. “Joseph and Abby already have amassed resumes of top-quality design. The critique provided by New York theatre professionals will help them build on what they have learned here in the School of Design and Production,” Coates said.

May is lighting director for Alexei Kremnev’s Carnival of the Animals, Fokine’s Les Sylphides, and Martha Graham’s Panorama, components of UNCSA’s upcoming Spring Dance Concert (April 20-23). She was lighting director for Balanchine’s Serenade, Merce Cunningham’s Change of Address, and Paul Taylor’s Esplanade for Winter Dance in February 2017. She was lighting designer for the November 2016 Studio III production of The Last Days of Judas Iscariot, the 2015 Emerging Choreographers Concert, and the 2015 production of A Bright Room Called Day. 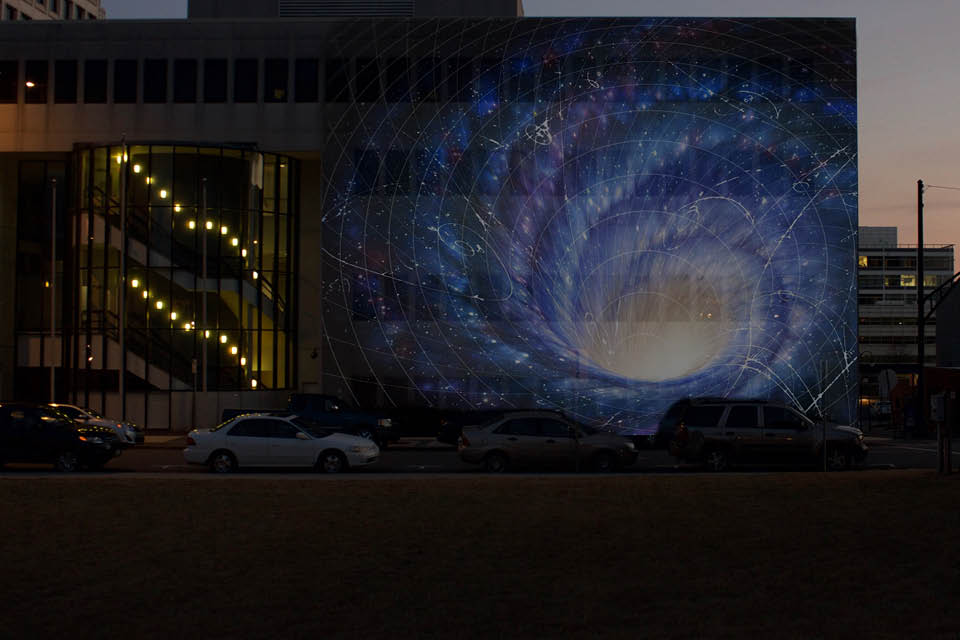 A rendering of Abby May's design for the Winston-Salem Light Project, April 4-8 at Merschel Plaza 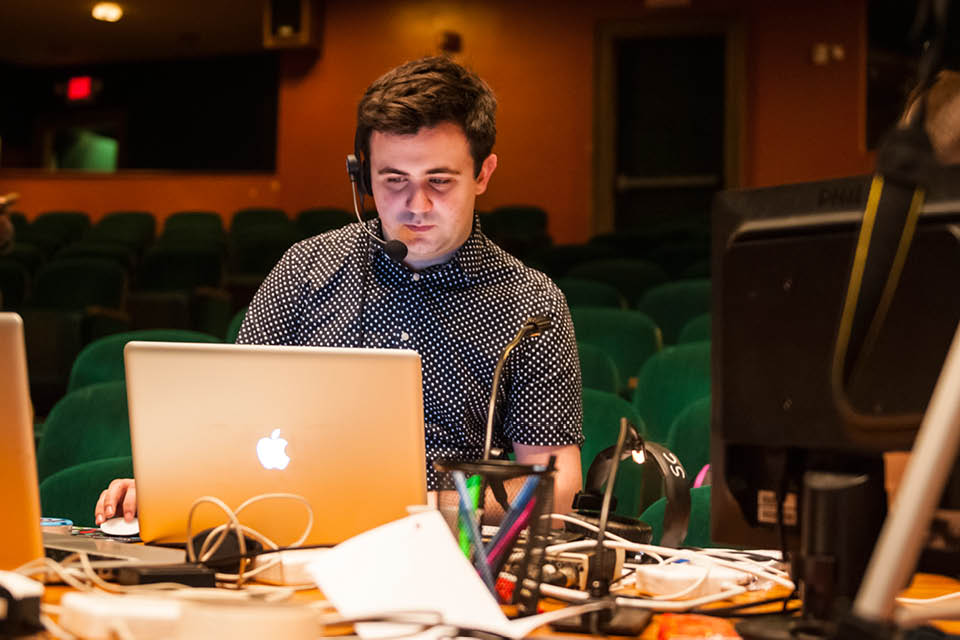 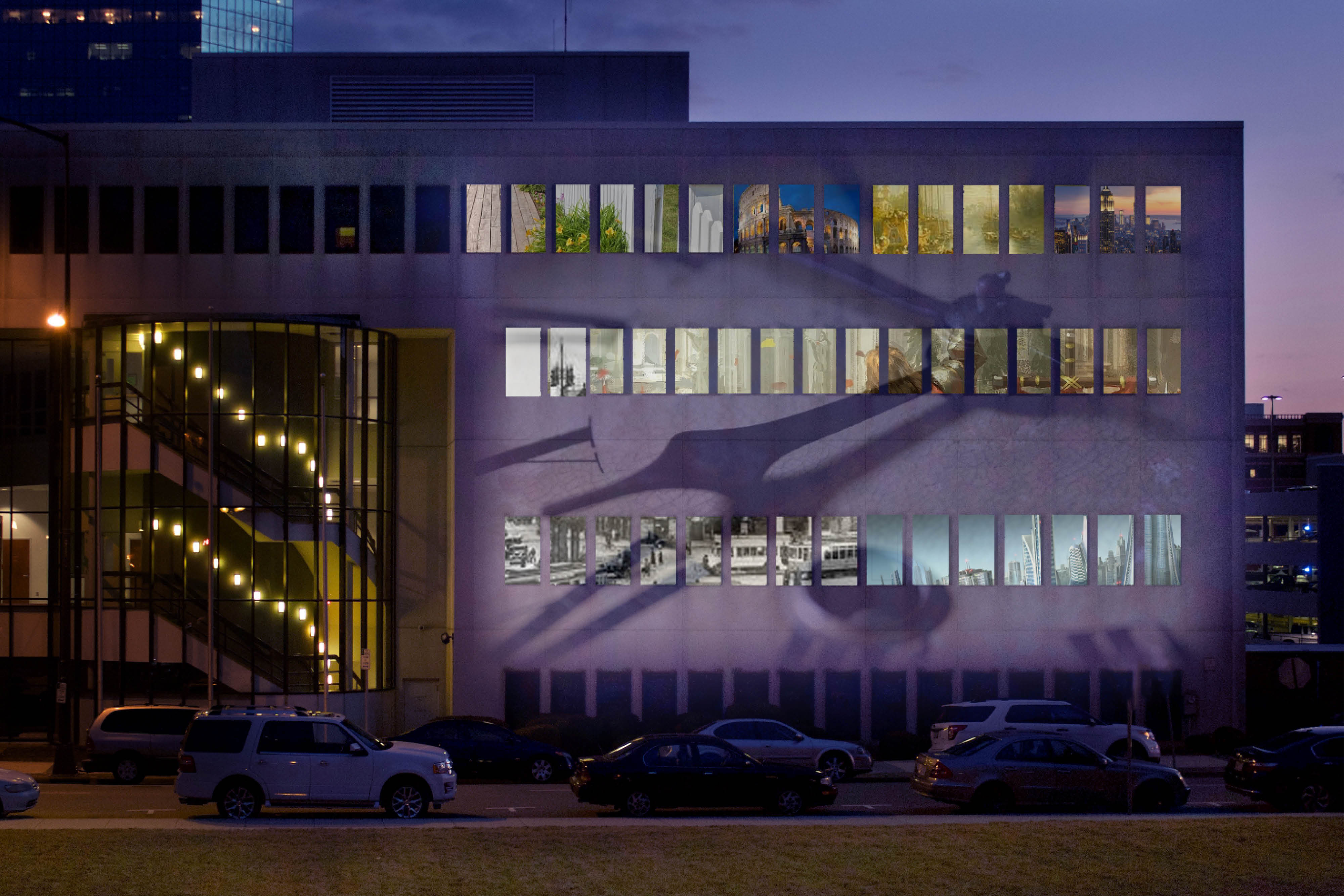