A scale model for UNCSA's 2016 production of "Side Show."

University of North Carolina School of the Arts has been named one of the world’s top training programs for “Hollywood production design.” The unranked, alphabetical list of 10 schools in the United States, England and France was published in the Oct. 3 issue of The Hollywood Reporter (THR).

Chancellor Lindsay Bierman said recognition by THR is valuable to the School of the Arts. “This is a platform that reaches our influencers, so their recognition is very valuable to us,” he said. “By increasing awareness of the excellence of our programs, we can reach a broader audience, attract prospective students who are the best fit for us, and recruit world-class faculty and guest artists.”

UNCSA School of Design and Production (D&P) Dean Michael Kelley, an alumnus of UNCSA’s scene design program and an Emmy Award-winning art director and set decorator, was quoted in the article.

“Our students are going directly into the top echelon of the major companies, such as Universal, Paramount and Disney,” he said. “But the world’s much bigger than film and television, and they must come out of school well-versed on multiple platforms and trades." 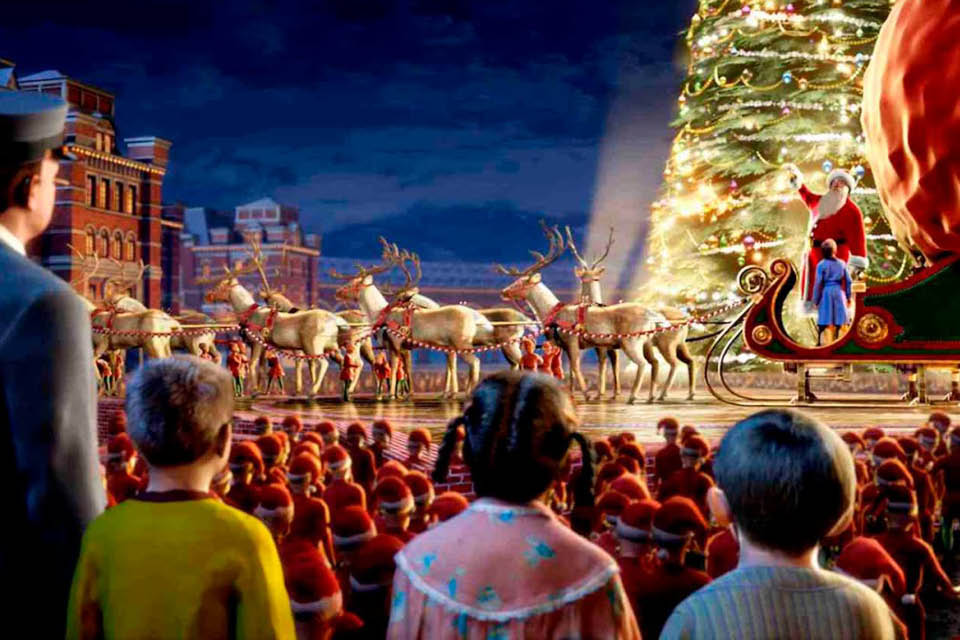 Alumnus Tony Fanning was art director for "The Polar Express."

He said graduates of D&P’s undergraduate and graduate programs have worked on major motion pictures and television shows for nearly every network and online platform.

THR noted that many aspiring production designers find their way to film and television via theater arts. "There is no difference in the training for motion pictures and for television as the tools, knowledge, talent and curiosity required are all the same, and the only thing that distinguishes the two from one another is time and money,” THR quoted “Longmire” production designer Thomas A. Walsh. 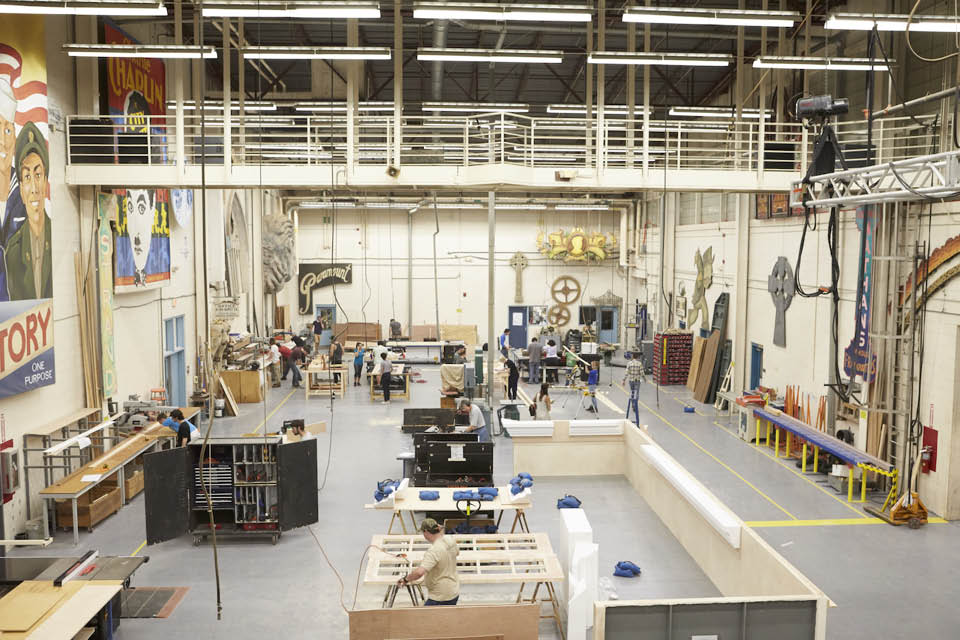 Students work in the Design and Production scene shop.

Kelley echoed that observation. “Most of the designers I know today came from a theater background, where the organizational aspect – such as timeline and budget – are key,” he said. “Theater people are natural storytellers. And they are classically trained in the arts.”

THR noted that a B.A. or M.F.A. can offer a leg up to aspiring production designers, art directors or set decorators, and said that UNCSA’s D&P program offers classes in furniture history, construction and upholstery for those with a bent toward set décor.

In addition to those cited above, D&P alumni have worked as production designers on television series including “Better Call Saul,” “The New Normal,” “Drop Dead Diva,” and “The Real O’Neals” and for feature films including “Love Hurts,” “Very Bad Things,” and “Here on Earth.” 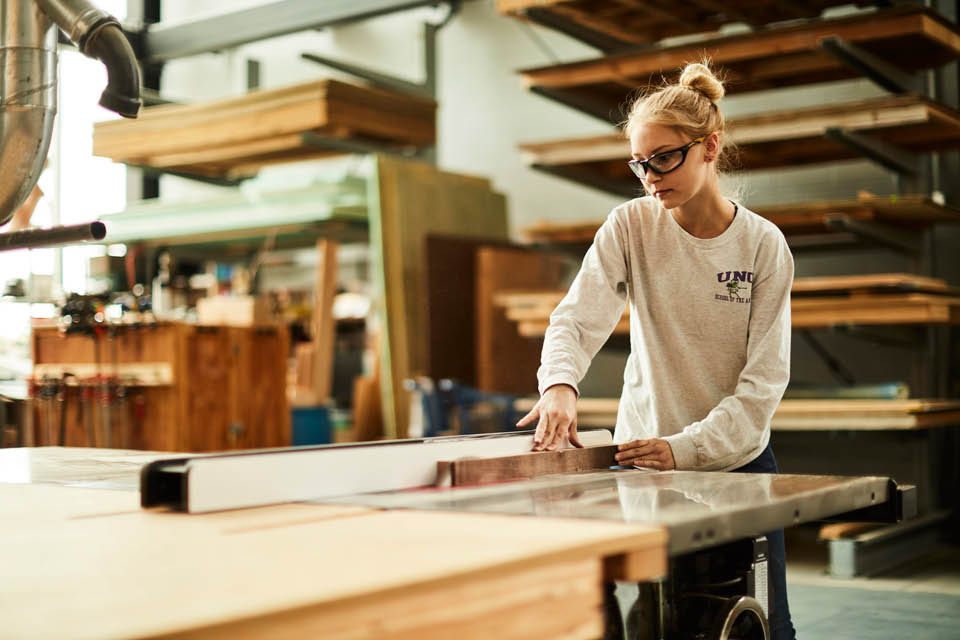 D&P has previously been recognized by THR and other publications. In February, THR included the costume design program among the nation’s 10 best, and in August the theater-focused OnStage blog ranked the school third in the country on its list of “The Top 25 Theatre Design and Tech Programs for 2018-19.”

UNCSA also offers a production design and visual effects concentration in its School of Filmmaking. The four-year, undergraduate program offers such classes as digital design for the art director, perspective drawing, color rendering techniques, and fundamentals of production design. Alumni of the UNCSA Filmmaking program include Nathan Krochmal, set/production designer for “Pitch Perfect 3,” “Guardians of the Galaxy Vol. 2,” and “Hidden Figures.”