The top-ranked School of Filmmaking presents a free online screening of student films from the 2019-20 school year beginning at 7:30 p.m. Friday, Oct. 16, and continuing on demand through Sunday, Oct. 18.

The nine short films are a sampling of work that students completed remotely after the COVID-19 pandemic precluded on-campus collaboration in March.

“I am in awe of the dedication our students exhibited in completing these films under extraordinary circumstances,” said Interim Filmmaking Dean Henry Grillo. “It is a great accomplishment by our students and their faculty mentors, and I am proud of the unique vision, the passion for storytelling and the perseverance represented in this screening.” 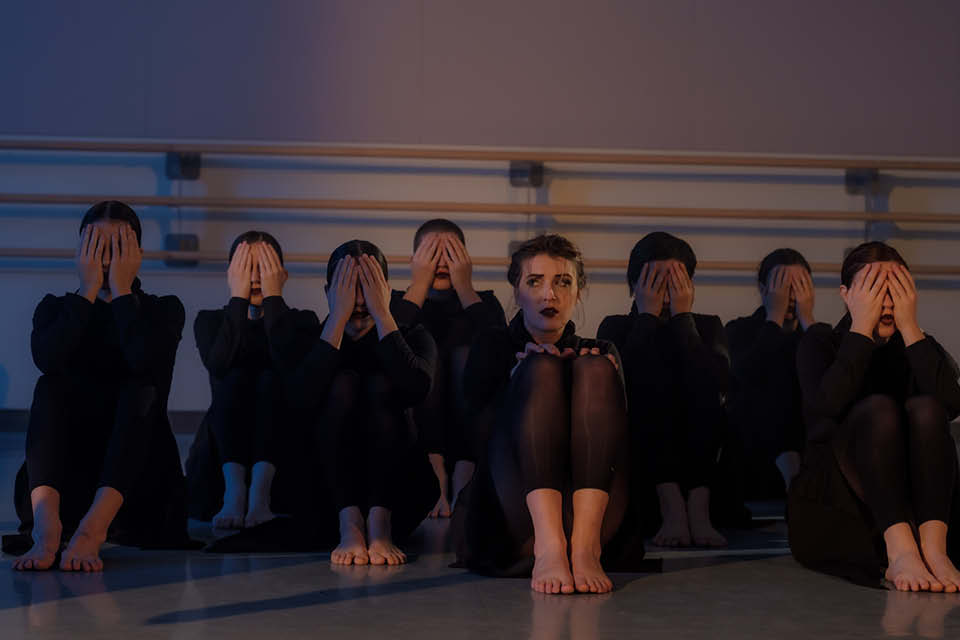 The online screening includes three fourth-year films, the capstone projects for graduating seniors. The upcoming screening is an opportunity for industry professionals and alumni to view the work of new graduates, as the traditional May screening in Los Angeles was canceled due to COVID-19.

The fourth-year films are as follows (unless otherwise noted, individuals credited are 2020 graduates of the School of Filmmaking):

When faced with the opportunity for a solo performance, an aging dancer questions whether her moral compass and personal integrity are important enough to stand up to a choreographer’s unwanted sexual advances. Directed by Rebecca Walters; written by Walters and Brandon Rieff; produced by Rieff and Julia Lofton Walpole; cinematography by Rachel Schattle; production design by Shelby Grzech; editing by Joe Linford; sound design by Linford; music by Meng Tung Lee (M.F.A. Film Music Composition ’20); choreography by Gary Taylor (Dance ’90), founder and artistic director of Winston-Salem Festival Ballet, and Isabel Newport, a third-year contemporary dance student in the School of Dance; costume design by Rachel Nicole Anderson, a third-year graduate student in the School of Design and Production (D&P); and wig and makeup design by Brittan Furr (B.F.A. D&P ’20). 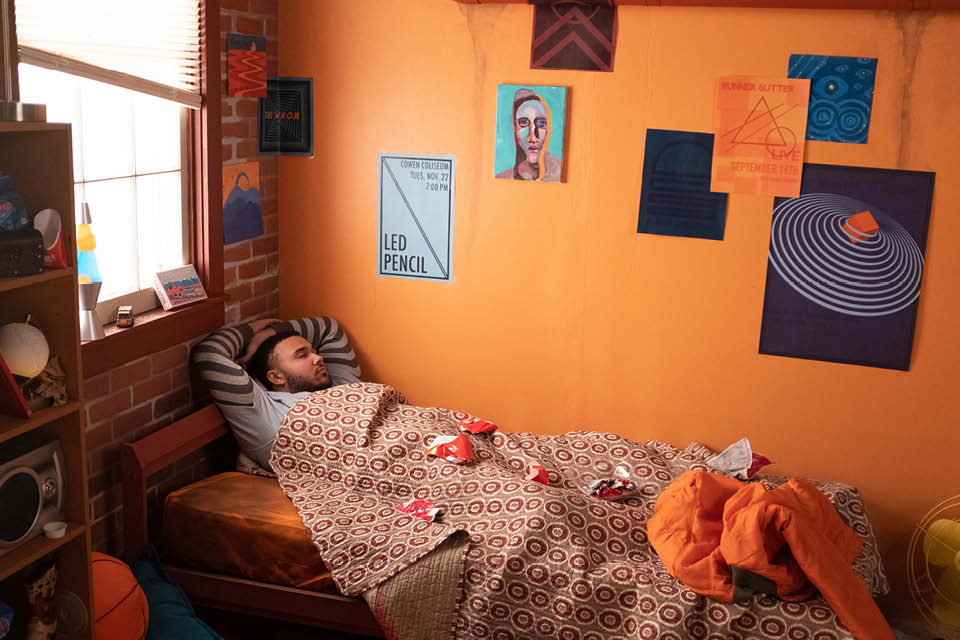 Best friends Kurt and Carter find out that living together may not be as easy as they thought when their competing lifestyles begin to clash. After a huge argument, Carter wakes up to find his gravity has shifted to the wall. He has gone sideways. Directed by Daniel Robert Smith; written by Ben Trauner; produced by Thatcher Johnson-Welden; co-produced by Sam Varriale; cinematography by John Curtis; production design by Jordan W. Sayman; editing by Nikos Spiridakis; sound design by Spiridakis and Micah Godsey; music by  Michael Gaffney (M.F.A Film Music Composition ’20); costume design by Lizzie Lovett, third-year graduate student in D&P; and wig and makeup design by Nic See (high school Visual Arts ’17, fourth-year student in D&P).

In a desperate attempt to maintain sobriety, a recovering young addict grapples with the need to leave his loved ones behind. Directed by Patricio Camára Rubio; written by Clayton Bloodworth and Tanner Poff; produced by Sam Varriale; cinematography by Calyn Heller; production design by Colin Palmer; editing by Mack Wolf; sound design by Will Smith; music by James William Stamm (M.F.A. Film Music Composition ’20); costume design by Andrew Walsh, third-year student in D&P; and wig and makeup design by Alex Howard (B.F.A., D&P ’20). 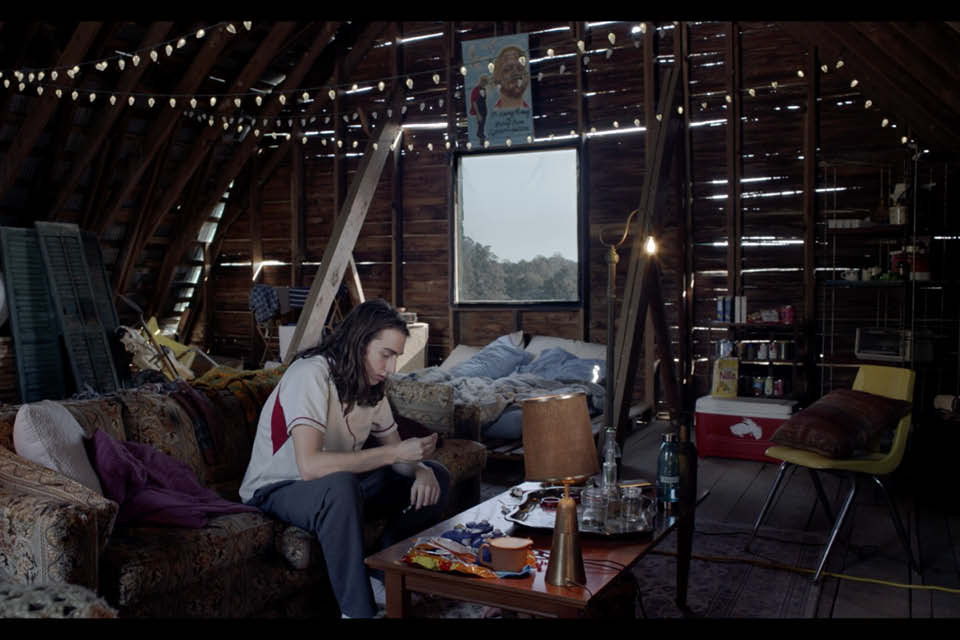 Third-year films to be screened include:

When gifted with an A.I. child meant to replace her recently deceased daughter, a grieving mother must learn to love the robotic intruder that is so clearly not what she thought it would be. Written and directed by Caitlin Donnelly; produced by Dillon DiPietro; cinematography by Ian McCay; production design by Grant West; editing and sound design by Bateman Lewis; costume design by Sarah Loveland; wig and makeup design by Brittan Furr; music by Will Church.

As a horrifying disease spreads across the country, a young couple must decide what to do with their infected daughter. Directed by Travis Stewart; written and produced by Devin Peluso; cinematography by Jacob Love; editing and sound design by Zachary Smith; production design by Ben Ter Haar; costume design by Sarah Sims; wig and makeup design by Ben Psimer; music by Calvin Evans, Jr.

Red and Blue enjoy dancing with each other. However, when Blue grows tired of dancing and Red wants to continue, their dance becomes a struggle. A once-healthy relationship turns into a toxic amalgamation of hatred and anger – and a memory that will affect them the rest of their lives. Written and directed by Claire Allen; produced by Cane Walden and Jordan Moore; animated by Allen, Nichole Crawford and Lauren White; editing and sound design by Isaac Balachandran; music by Ryan Mulder.

Also included in the free screening is a second-year film:

A shopkeeper confronts his inherent bias when a young undocumented Mexican immigrant breaks into his rural convenience store. Struggling through their language barriers, they come to a shared understanding before the cops arrive to take the boy away. Directed by Clarke Phillips; written by Phillips and Bobby Mageau; produced by Mageau and Jenna Cusack; cinematography by Vassiliki Omirly; production design by Lucy Schwein; editing and sound design by Joseph Daniel Wittenbrink.

Two first year films will be screened. They are:

When a stranded space traveler discovers a terrible truth, he makes one last decision sealing his fate. Written, directed and edited by Andrew Parkerton.

A neighborhood is transformed by the pandemic. In a small town seemingly devoid of life, nature carries on. Written, directed, animated and edited by Tünde  Paule.

Ranked No. 10 in the nation by The Hollywood Reporter, the UNCSA School of Filmmaking has trained some of today’s most creative storytellers, including Danny McBride, David Gordon Green, Will Files, Rebecca Green, Brett Haley, Vera Herbert, Jeff Nichols, Martha Stephens and Zoë White.

The award-winning faculty have decades of real-world experience and a passion for mentoring undergraduate and graduate students in concentrations that include animation, cinematography, directing, film music composition, picture editing and sound design, producing, production design and visual effects, and screenwriting. The film school’s Media and Emerging Technology Lab (METL) is dedicated to the exploration and production of immersive storytelling content.