Sam Bailey, Conor Callahan and Kendall Best were the finalists for the ACE Student Award

Sam Bailey of the United Kingdom won the coveted Anne V. Coates Award for Student Editing. He was also a finalist last year. This year’s finalists were Kendall Best of Kernersville, North Carolina, and Conor Callahan of Juno Beach, Florida. All are third-year students in the picture editing and sound design program. 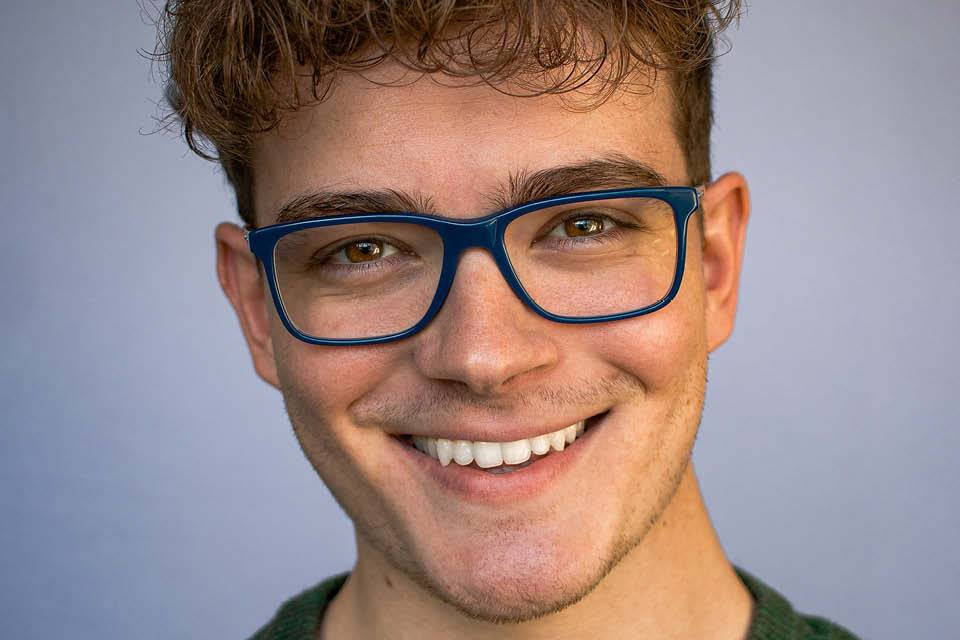 "The School of Filmmaking has a strong history at the ACE Student Editing Awards, which is an important benchmark for our students and their faculty mentors,” said Interim Dean of Filmmaking Dale Pollock. “It is no small feat to have your work judged alongside that of your peers across the nation. We congratulate Sam, Kendall and Conor for their best-in-class work.”

The Eddie Awards were presented Saturday in a virtual black-tie ceremony hosted at the Beverly Hilton Hotel in Los Angeles. Writer and producer Aaron Sorkin, a winner of Golden Globe, Academy and Emmy awards (“The Trial of the Chicago 7,” “The Social Network,” “West Wing”), presented the student award.

In addition to the student awards, two alumni of the School of Filmmaking contributed to winning films and were acknowledged in acceptance remarks on Saturday. Kaitlyn Ali (B.FA. ’18) was editorial production assistant for “The Trial of the Chicago 7,” which won best edited feature film, and Eric Barker (B.F.A. ’11) was assistant editor for “SOUL,” winner for best edited animated film.

It is no small feat to have your work judged alongside that of your peers across the nation. We congratulate Sam, Kendall and Conor for their best-in-class work.

“Alumni of the School of Filmmaking, in all disciplines, are working on projects that are celebrated by industry insiders, critics and the public,” Pollock said. “We’re proud to have our editing program so well represented at the ACE Awards.”

UNCSA received its first Eddie nomination in 2015, and was the first school to sweep the nominations in 2016.

Competitors for the student award were asked to edit a scene with footage (dailies) and script notes from a professionally produced film or television project.

Consistently recognized as among the nation’s best training programs for filmmakers, the School of Filmmaking at the University of North Carolina School of the Arts has produced some of today’s most creative storytellers, including Danny McBride, David Gordon Green, Brett Haley, Rebecca Green, Jody Hill, Jeff Nichols, Vera Herbert, Martha Stephens, Aaron Katz, Zach Sievers and Zoë White. The award-winning faculty in the School of Filmmaking have decades of real-world experience and a passion for mentoring undergraduate and graduate students in concentrations that include animation, cinematography, directing, film music composition, picture editing and sound design, producing, production design and visual effects, and screenwriting. The film school’s Media + Emerging Technology Lab (METL) is dedicated to the exploration and production of immersive storytelling content.