René Barbera on stage at Opernhaus Zürich in 2017.

College graduates of the University of North Carolina School of the Arts are significantly more satisfied with the support they received as students than their peers nationwide, according to a recent Gallup Poll commissioned by the University of North Carolina System. UNCSA alumni also are more engaged in their work, and are more likely to consider their conservatory education as worth the cost.

Graduates of all UNC System schools were asked to complete the survey between November 2018 and February 2019. Among UNCSA’s results:

None of that is surprising to Amy Werner, who has spent the last two years getting to know UNCSA grads as Manager of Alumni Relations. Tasked with supporting alumni engagement with the institution and with each other, she spends most of her time connecting with alumni, hearing about their college days, learning about their careers and their lives, and letting them know what’s happening on campus and among their fellow Fighting Pickles. 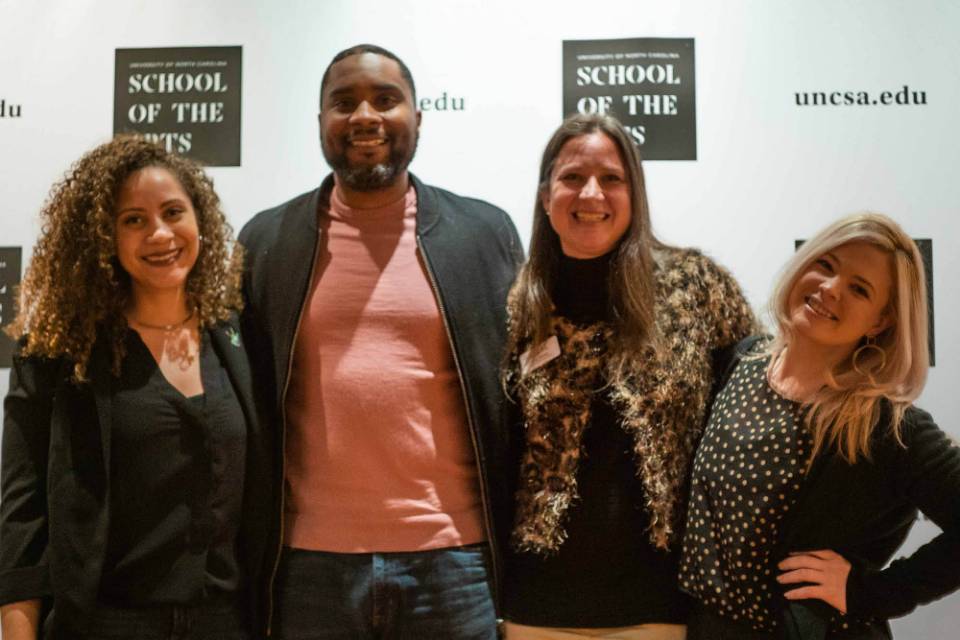 “Despite how hard they worked, how stressed they were at the time, many alumni would do it all over again,” Werner says. “They felt a strong sense of community on campus, and that has endured.”

39 percent of alumni strongly agreed they got the support they wanted, almost triple the national average

Emotional support, as defined by Gallup, includes having had professors that cared about them, made them excited about learning, and actively mentored them. UNCSA survey results were dramatic on all three fronts.

Alumni of every one of our conservatories, in every generation, can point to at least one faculty member who changed their lives.

“That’s been UNCSA’s trademark since the beginning,” Werner says. “Alumni of every one of our conservatories, in every generation, can point to at least one faculty member who changed their lives.”

Drama alumnus Brett Gelman says Dean Emeritus Gerald Freedman and retired faculty member Bob Francesconi helped him break bad habits and find his pathway to success as a prolific television actor. “I thank god for my training every day, and when I say god I mean Gerald Freedman and Bob Francesconi,” says Gelman, whose credits include “Mad Men,” “Flea Bag” and “Stranger Things.”

René Barbera, who studied with Marilyn Taylor in the School of Music’s A.J. Fletcher Opera Institute, says Taylor remains a trusted mentor. “In fact, I just flew her to Berlin, where she provided me voice lessons for a week,” said Barbera, who recently moved to Berlin to make his European debut. “She left me with a couple of tricks up my sleeve to help me with some of those hard spots,” says the tenor, who has been a grand finalist in the Metropolitan Opera National Council Auditions and a winner of two first prizes and an audience award at the World Opera Competition, Operalia.  “She’s been incredible,” he says of Taylor. “She’s helped me to know what I need to do when I’m having an off day and to be able to continue singing at a high level even when I’m not feeling well. She’s always been available to me.”

More UNCSA alumni report being engaged with their work

The survey showed that UNCSA alumni are more engaged with their jobs than their peers nationwide, echoing results from the Strategic National Arts Alumni Project (SNAAP).  Since 2008, SNAAP has collected and analyzed data from graduates of more than 300 colleges and universities, including UNCSA. SNAAP research shows that artists and designers report the highest level of job satisfaction among all occupations.

That resonates with Werner. “Everywhere I go I find alumni who are making a good life,” she says. “Even if they are not a household name, even if they’re working in other fields, they give 110 percent because that’s what they learned here. They have a strong work ethic, they strive for excellence, and they continue to learn and grow, no matter where their path has led them.” 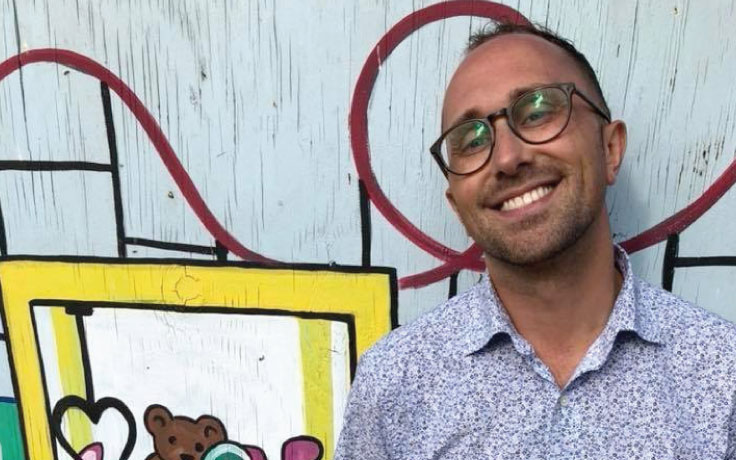 Ryan Wineinger's childhood dream was to work at Disney. His training in the School of Design and Production helped him get there.

Ryan Wineinger credits his training as a scenic designer in the School of Design and Production with helping him fulfill a childhood dream to work at Disney. “Though the work ethic I learned trying to keep up still sticks with me today, it was my teachers and mentors who championed the most valuable advice,” says the creative director with Walt Disney Imagineering. “They reminded me to focus my competitive spirit inward, not outward, so I could both celebrate my present achievements and push myself to be a little bit better tomorrow. I attribute a lot of my success to this healthy, compassionate perspective, because it allows me to feel inspired by my peers and my industry, not intimidated by them.”

Isaac Powell, a Drama alumnus who’s landed a lead role in Broadway’s upcoming revival of “West Side Story,” says his UNCSA training prepared him to build a career. “I also learned in school that we are the CEOs of ourselves and we need to take ownership of our careers. We have to advocate for ourselves, become visible and make opportunities,” he says.

More than their peers nationwide, UNCSA alumni feel their education was worth the cost

It’s no surprise to Werner that more than half of alumni surveyed agreed their UNCSA education was worth the cost. “If you look at the cost of attending our peer institutions, you say unequivocally that UNCSA is a bargain,” she says. “Regardless of where their career path has taken them, they are leveraging the skills learned here: teamwork, collaboration, critical thinking.”

According to SNAAP surveys, recent graduates of art schools report that critical thinking, creativity, teamwork, and improving with feedback are important skills in their jobs, regardless of whether they are currently working in the arts, formerly worked in the arts, or never worked in the arts. And in a 2010 IBM survey of more than 1,500 chief executive officers from 60 countries and 33 industries worldwide, the CEOs said creativity is the most important leadership quality.

Dance alumnus Juel Lane, a winner of two Celebration of Dance choreography awards, soaked up everything UNCSA had to offer, and feels compelled to give back by returning frequently as a guest artist. “Wherever I go in the world,” he says, “they say UNCSA students can do it all. UNCSA really prepared us to be individuals and to be able to grasp any style. That speaks highly to the nurturing you get at the school.” 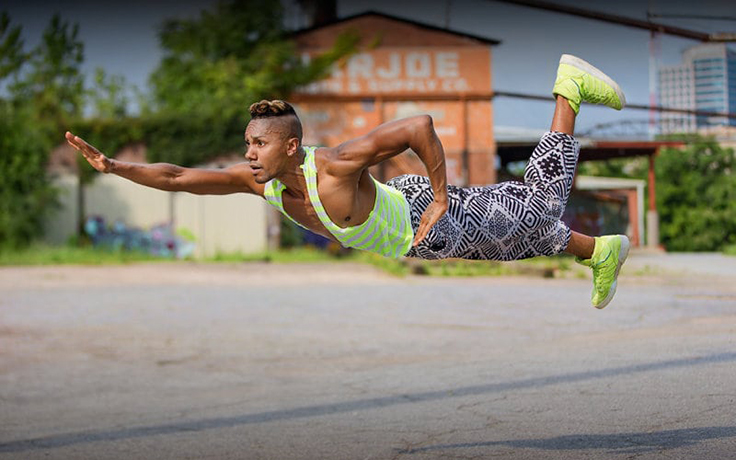 Juel D. Lane says his training in the School of Dance prepared him to grasp any style of dance.

Tiffany Little Canfield, a Drama alumna nominated for an Emmy as casting director for FX’s “Fosse/Verdon,” said her time at UNCSA was life changing. “Honestly, it was the most important time in my life. I had always done well in school, but UNCSA was the first time I felt treated like a professional that had a place in this industry. I’ve found that the most important part of an artist’s life is when they realize there is (or could be) a place for them. I think we are all afraid of not finding a place where our talents are recognized and validated. Once we find that place, we can gain the confidence to approach the real world…. I think the nurturing yet challenging environment at UNCSA creates a special place where an actor gets excellent training, but still retains their individuality.”

D&P alumnus Randy Rees’ career has included running electrics at the Stevens Center, touring internationally with stage productions, serving as a firefighter and first responder, to now engineering environmental health and safety for SpaceX. He says his UNCSA training prepared him for all of it. “There aren’t that many industries that really set you up for fixing problems under extraordinarily tight deadlines. Problem solving, work ethic and knowing how to relate to and work with many, many people—that all came from the School of the Arts,” Rees says.

Film alumnus Brett Haley, writer and director of the award-winning 2018 film “Hearts Beat Loud,” says UNCSA was “a constant place of inspiration with pure filmmaking, all the time.” He added: “It really is a safe haven for artists.”