The Hollywood Reporter ranks UNCSA School of Drama No. 4 in the world

The Hollywood Reporter has ranked the School of Drama at UNCSA No. 4 on its list of the “Top 25 Drama Schools in the World,” for the second year in a row. UNCSA is third among the B.F.A. programs included on the list.

The Hollywood Reporter (THR) cites UNCSA for its strong record of graduating employable actors, writing, “There’s no arguing its students find work.” The article continues, “The school now teaches on-camera acting all four years of the program – and recent grads are feeling the benefits.” THR cites student Briana Middleton (on leave, ’22), who was cast while still in school by George Clooney in “The Tender Bar,” and alumnus Jeremy Gill (’21), who will appear in the upcoming “Cat Person.”

THR also noted the school’s comparably low $24,000 per year out-of-state tuition, less than half that of other B.F.A. programs ranked in the top five. In-state tuition at UNCSA is $6,497 annually.

The publication consulted with educators, alumni and industry execs for its annual ranking of the best drama schools, which appeared in the June 15 issue. 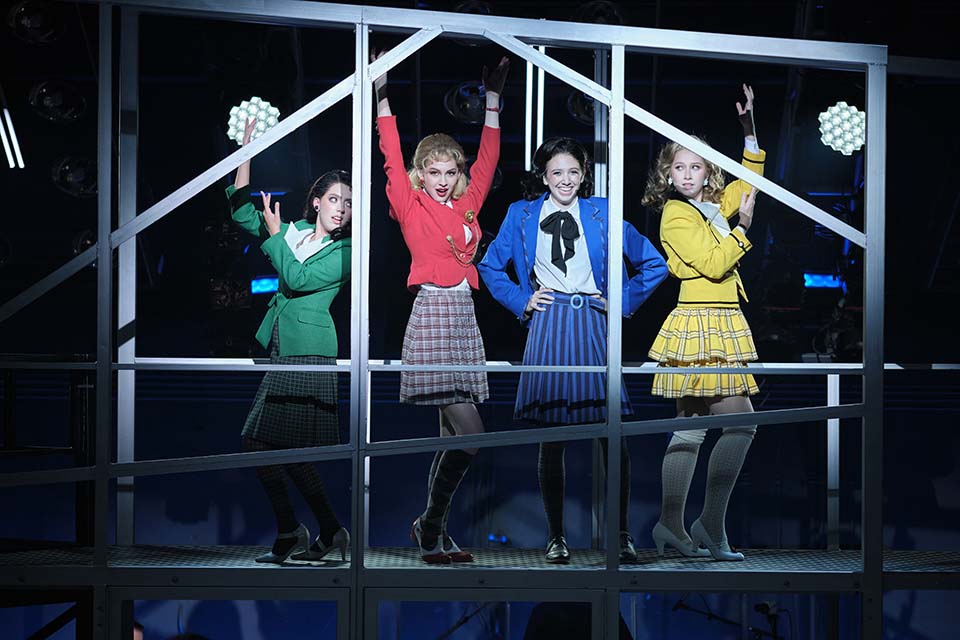 “The UNCSA School of Drama consistently ranks among the top theater programs in the country and the world,” said UNCSA Chancellor Brian Cole. “These important industry accolades are indicative of the quality of training and the expertise of the professors, as well as the ways in which the school has evolved alongside the industry particularly during the global pandemic. My congratulations to Drama Dean Scott Zigler and his faculty for their leadership in cultivating a world-class drama conservatory.”

The UNCSA School of Drama, which offers a four-year undergraduate drama program for actors and directors and a one-year acting program for high school seniors, provides high-level training and access to the industry at a fraction of the cost of other top-ranked programs.

“We are honored to be included among such a stellar group of training programs for actors and directors,” said Dean Zigler. “Of particular importance to the School of Drama is that The Hollywood Reporter took note of how employable our actors are, due in no small part to our weaving of on-camera training through all four years of our curriculum, as THR noted. We have always made clear to our students that we are not trying to train a certain kind of actor, but rather want to provide them with a broad array of tools, articulated by our world- class faculty, so they can pursue the career they envision for themselves. Employability is our No. 1 goal as a training program, and the success of so many of our alumni hopefully bears this out.”

Zigler, who has been dean of the School of Drama at UNCSA since 2017, has placed an emphasis on devised performance, on-camera acting, and entrepreneurship in the classroom, as well as making the creation of an equitable and inclusive environment for all students a top priority in the curriculum and across the performance season.

“Since arriving at UNCSA, it’s been my goal to make our drama school reflective of the industry and society as a whole, in every way possible,” Zigler said. “Following universitywide efforts toward Equity, Diversity, Inclusion and Belonging (EDIB), the School of Drama has recruited diverse ensembles across all four years of our undergrad program, will double the number of full-time faculty members from the Global Majority in the coming year, and has chosen a diverse repertoire that aims to present the voices of communities that have been historically underrepresented or have gone completely unheard.”

Taking COVID-19 precautions, UNCSA was able to present an entirely in-person performance season in 2021-22, which included Paula Vogel’s “Indecent,” “Heathers: The Musical” and Stew’s “Passing Strange.” Additionally, Christopher Chen's "Passage" was added to the performance season when Asian American and Pacific Islander (AAPI) students requested the creation of a production fully utilizing and orchestrated by the school's AAPI student population. The School of Drama also presented the first devised theater production conceived and directed by a student in the school, “Mother Tongue” by Marina Zurita (B.F.A. Drama ’22) of Brazil. Zurita received a 2022 UNCSA Artpreneur Grant to bring her work to the Brazilian community of New York City to further develop the piece.

The four-year on-camera curriculum was designed by leading American on-camera teacher Bob Krakower, who has been collaborating on actor training with Dean Zigler for more than thirty years. “As THR notes, this gives UNCSA students a competitive edge, providing practical training for today’s industry,” said Zigler. “Additionally, only UNCSA offers integration with a nationally ranked film school right on campus, offering the unique opportunity for students to appear in films, learn voice-over techniques, and even gain experience in a motion-capture rig, an essential skill for today’s CGI-based films, and arming many of them with a robust reel as they enter the profession.”