One year later, UNCSA.edu continues to engage, wow readers with its story

Just 365 days ago, the campus held its collective breath as the new uncsa.edu website began to propagate to web servers across the world. The digital campus of UNCSA relaunched with a splashy home page movie, produced by the School of Filmmaking, encapsulated the vibrant, creative university that is composed of five art conservatories with three academic levels. Scrolling down the home page beautiful photos showcased its students, faculty, alumni and the variety of programs. Readers were given a peek inside the classrooms and shown what makes UNCSA an innovative campus.

Preferring to show rather than tell, the UNCSA social media accounts didn’t loudly proclaim the relaunch but instead promoted the “Awe and Wonder” video with a link to the website, where readers suddenly found themselves in a creative, immersive experience. The video, which still remains one of the site’s top performing videos, answers questions about the value of an arts education and the economic impact of a creative economy.

The storytelling as a narrative was really the way to sell and to communicate what the institution is.

“The storytelling as a narrative was really the way to sell and to communicate what the institution is,” says Vice Provost and Dean of Student Affairs Ward Caldwell, who led the campus-wide Web Committee. “I think one of the unique aspects of the site design is that it encourages exploration. It provides all the links to move people through the site, but it also encourages people to linger, to get an understanding of how we take students through a journey of artistic exploration.”

“The process that we went through on the website relaunch was very healthy for all of us,” says Dean of the School of Filmmaking Susan Ruskin. “The deans started to think about who we are as a whole rather than who we are as individual schools. Storytelling at UNCSA is in essence who we are and what we do. I think the design process for me was one of the most useful ways of thinking about the overall brand of the school.”

Susan Ruskin, Dean of the School of Filmmaking

The Digital Media team was established during this time to support the school’s digital strategy. Post-launch, the team expanded to include a Social and Digital Content Producer, a Customer Relationship Management Manager and a Kenan Fifth-Year Film Fellow. Digital Media was moved later in the year under the newly created Technology Division, led by Chief Technology Officer Claire Machamer.

The website relaunch sparked a digital revolution for our campus. Over the past year, the passionate voices of our students, faculty and staff have emerged through the stories featured on uncsa.edu and our social media channels.

Stories you loved to read and watch

In addition to news content, the new website has provided a place for feature stories and videos. Readers seem to enjoy a good tease, as the April Fools’ Day story was the highest-viewed web story of 2016. From features, press releases, videos and live streams, here are the top twelve stories of the year:

Twenty-seven alumni profiles have been shared since the relaunch, and the Digital Media team will continue to add more. Some of the interesting things learned in alumni profiles: 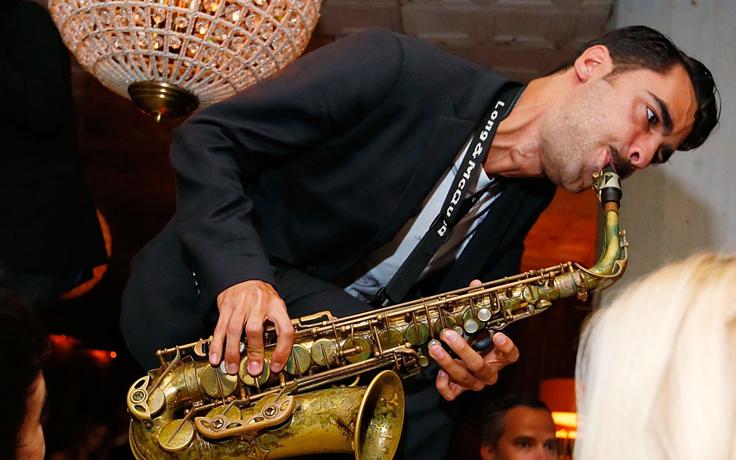 One of Eddie Barbash’s favorite performances during his time so far with the house band for The Late Show with Stephen Colbert, has been a collaboration with Yo-Yo Ma. 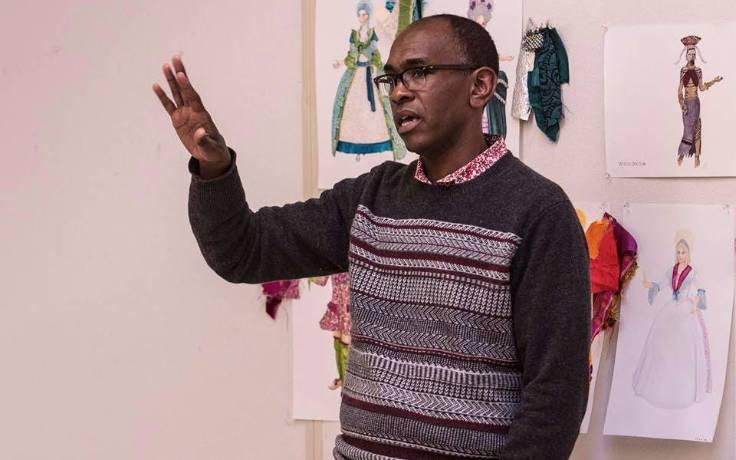 Emmy-award-winning costume designer Paul Tazewell (Hamilton: An American Musical) wanted to be an actor, but costume design allowed him access to more types of performances and characters.

High School visual artist Sadie Cornette Cook is studying photography at Yale. UNCSA doesn’t teach photography specifically. As she says, “Art is art, no matter the medium. And at UNCSA they certainly teach you art.” 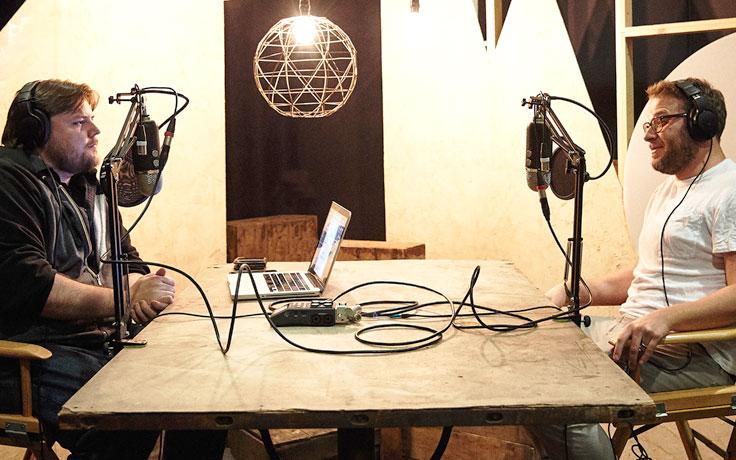 Before School of Filmmaking alumnus Kris Tapley was writing about film awards for Variety, his path started with a personal blog he began as a student at UNCSA. 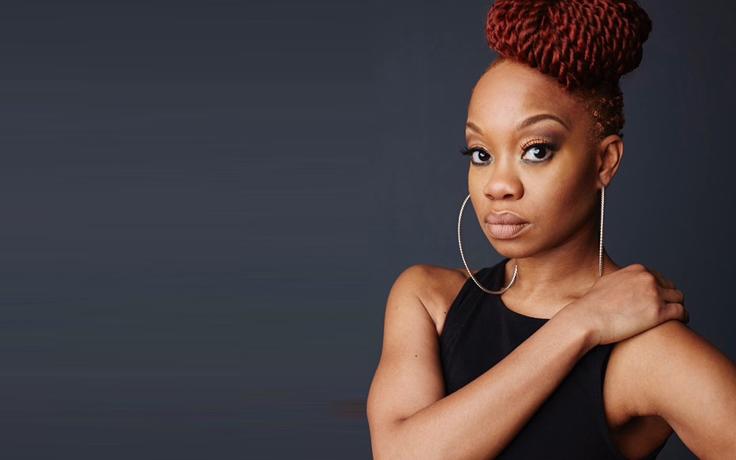 Award-winning choreographer Camille A. Brown didn’t let not getting roles stop her in dance. She poured herself into choreographing dances in the studios – even if they were just for her. 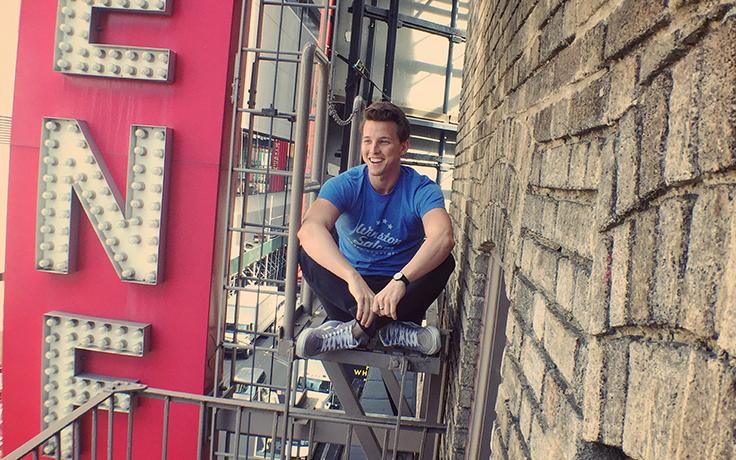 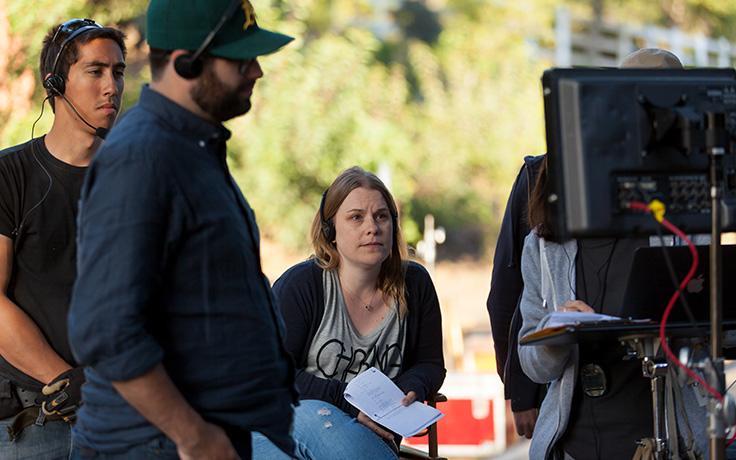 Had producing not been a requirement at UNCSA, Rebecca Green says she wouldn’t have realized that producing was where her skills and interest are.

Shortly after launch, an interactive 3-D campus map was added to the site. Campus explorers can click on a building to get walking directions and learn more about the space. The Map of Stars layer is a bonus feature that allows you to click on a star and see where our alumni spent their time on campus. Actress Elizabeth Lail spent hours of stage combat training in the Drama Gym, which prepared her for her breakout role as Anna in ABC’s “Once Upon a Time” television series.

In the past, applicants shared that their first experience with the campus was at their audition. Now students can take a virtual tour of the UNCSA campus. Led by student tour guides, viewers can see images of the campus, watch movies or explore other sections of the website.

My SA created just for students, faculty and staff

My SA (My School of the Arts) launched as our campus intranet to share information for incoming and current students, faculty and staff. Campus announcements are posted online and delivered via email through the weekly My SA Minute and daily My SA Morning Update.

Look for more stories, videos, photos, playlists and other ways to tell the UNCSA story. In addition to keeping the website accurate and up-to-date, it continues to be optimized for search. Usability testing and feedback continue to be evaluated and changes made. Driving more processes—such as completing online forms and leveraging online collaboration and communication—are in the works. Some things, though, won’t change:

I think showing the process and the experience that you’re going to have behind-the-scenes as a student at UNCSA is what comes across as you are navigating and going through the various pages of the website, and I think that’s what is really important

“I think showing the process and the experience that you’re going to have behind-the-scenes as a student at UNCSA is what comes across as you are navigating and going through the various pages of the website, and I think that’s what is really important,” Chancellor Lindsay Bierman says.